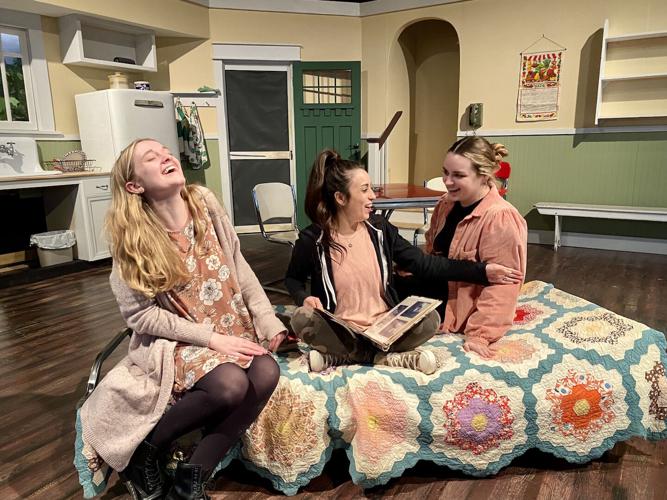 The 2022 Crimes of the Heart features (from left) Rachel Humphrey as Meg, Bre Hall as Babe and Nicole Turner as Lenny. 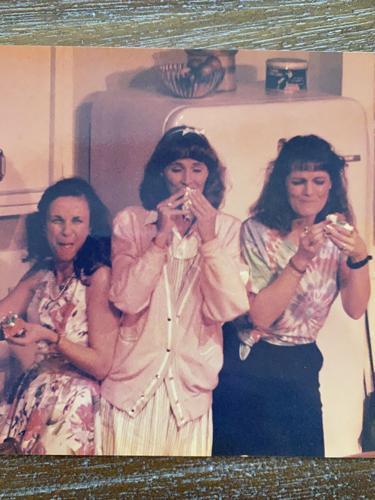 Cindy Davis Massey (right), director of the upcoming Crimes of the Heart, played Meg in the 1990 version. With her are Jeanne Drone (left) as Babe and Suzanne Drone Hoyal as Lenny. 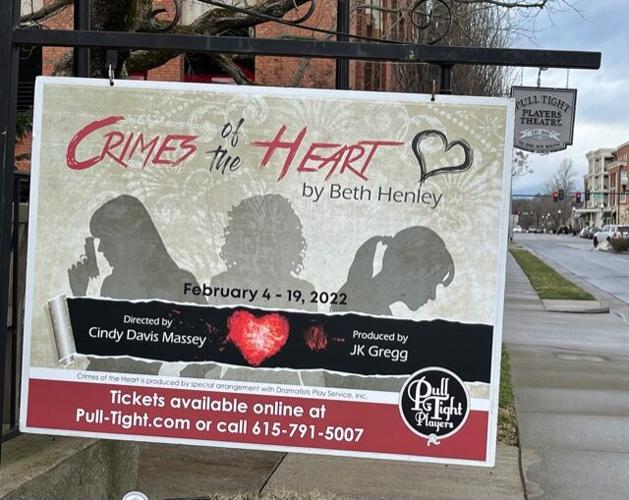 After being closed for nearly two years, Pull-Tight Players theater reopens in early February with Crimes of the Heart.

Cindy Davis Massey was all of 14 years old when she was elected to the board of directors for Pull-Tight Players, the oldest community theater in Williamson County.

It was in the early 1970s, just a few years after Pull-Tight had opened in 1968. Massey’s father, local author John Neely Davis, had gotten involved in the theater right after he and his family had moved to Franklin in 1971, and young Cindy was swept up in all the behind-the-scenes activity.

“I thought that might be about the most fun I had ever had,” Massey said. “I’m thinking I might have been a theater kid or something.”

Now, some 50 years later, the kid still has it. She is in the middle of rehearsals as director of Crimes of the Heart, the first Pull-Tight production since it had to shut down nearly two years ago from the onset of the COVID-19 pandemic. The first show is scheduled for Friday, Feb. 4, with tickets going on sale Monday.

Crimes of the Heart, written by Beth Henley, is set in mid-20th century Mississippi. It’s centered on three grown sisters who have returned to their childhood home and are dealing with the fallout of their mother’s suicide from when they were little girls.

“It is a dark comedy, and it’s not suitable for young children,” Massey said. “It’s heartwarming, shocking and hysterically funny.

Massey knows Crimes of the Heart… by heart, actually. In a Pull-Tight production from 1990, she was cast as Meg, the middle sister.

“I did really enjoy acting and I loved to play one of the leads in this show,” Massey said. “I fell in love with the character and the script.

“I like Southern shows,” she added. “You’re not going to find me directing Macbeth or, say, a musical. It will be much more about a Southern drama, like Crimes of the Heart.”

Massey, who had directed around 10 plays for Pull-Tight from 1979 to 1993 and otherwise stayed quite involved, left the theater life in the mid-1990s to focus on her family and her career. She returned in 2019 to produce a show, and in September that year submitted Crimes of the Heart to the Pull-Tight board to be audience-ready in the fall of 2020. Then came the real curtain fall as the pandemic darkened virtually all entertainment venues for a spell.

The theater’s board of directors met recently and decided the show will go on, with protocols laid out for attendees. All patrons will be required to wear a mask while in the building. Furthermore, attendees must show proof of full vaccination against COVID-19 (booster shot not required), or proof of a negative COVID-19 test result recorded within 48 hours of their performance date, or proof of a positive antibody test result recorded within 48 hours of performance date.

“I am excited to bring live theater back to Franklin,” Massey said.

Massey and her production team held auditions in December, and found their six cast members within a couple of weeks or so.

“Performers are more advanced today,” Massey said. “They have degrees in musical theater. They come to an audition with an 8x10 glossy photo with their resume on the back. The talent is unbelievable. They are true theater people.”

One of the players is a city of Franklin employee. Joey Echeverria, a 2021 graduate from Union University in Jackson who works in TV production in the city’s Communications department, took just a few steps from his office at City Hall to the Pull-Tight theater on Second Avenue to audition.

“I’ve been doing theater since I was 6 or 7,” said Echeverria, who plays Barnette Lloyd. … “I always enjoyed trying out for shows, and I wanted to get involved in the local theater scene here. So I walked out from the side doors [at City Hall] and 100 feet to Pull-Tight. I had just gotten off work, and had found out about the auditions that morning, So I thought, I’m just going to go.”

Other cast members are Nicole Turner as Lenny, Rachel Humphrey as Meg, Nathan Fink as Doc, Bre Hall as Babe and Breanna Theobald as Chick.