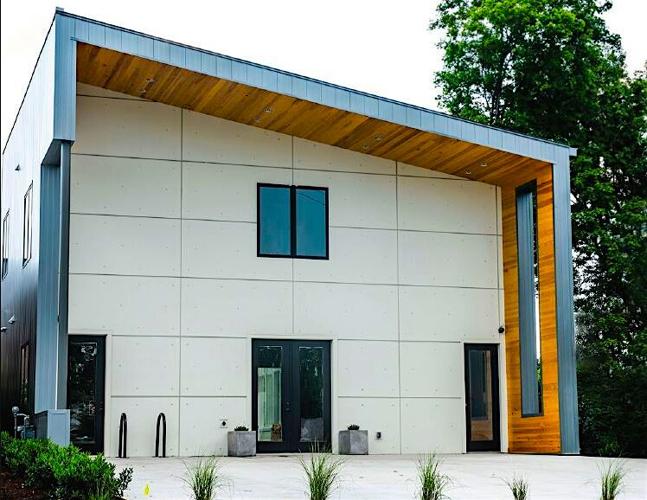 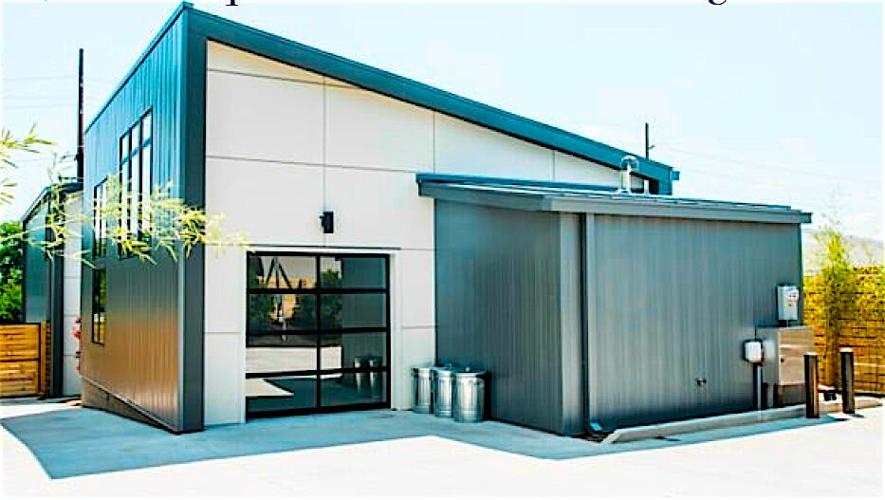 A modernist Berry Hill commercial building that sold for $2.1 million in January has been offered for sale for $2,595,000.

Located at 2517 White Ave., the 3,500-square-foot two-story office structure has served as a photography studio, videography facility and events space. When it sold early this year (read here), the transaction included an adjacent property at 2515 White Ave., with that raw land also part of the current offering.

The owner of the two properties is Farmuse LLC, which is affiliated with locally based video, photography and broadcast company Farmuse. Founded in 2017, that company is owned and operated by Michelle Nicholson and Jonathan Nicholson.

The offering is the equivalent of about $741 per square foot based on the building’s size. The two properties offers a collective roughly 0.36 acres. Of note, the building offers a courtyard.

Travis Kelty, founder of Brentwood-based Kelty Commercial Real Estate, is handling the marketing and sale of the property for the Nicholsons. Decklan Cashman, a Kelty Commercial affiliate broker, is assisting the effort.

The sellers in the January deal included local photographer Ashley Hylbert, who bought the 2517 site in 2014 for $224,000, according to Metro records. She later had the commercial building constructed for her White Avenue Studio.