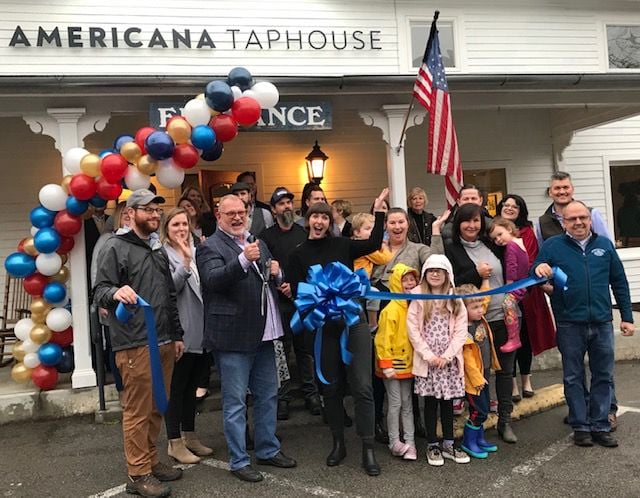 Americana Taphouse held a ribbon cutting when it opened in Feburary 2020. 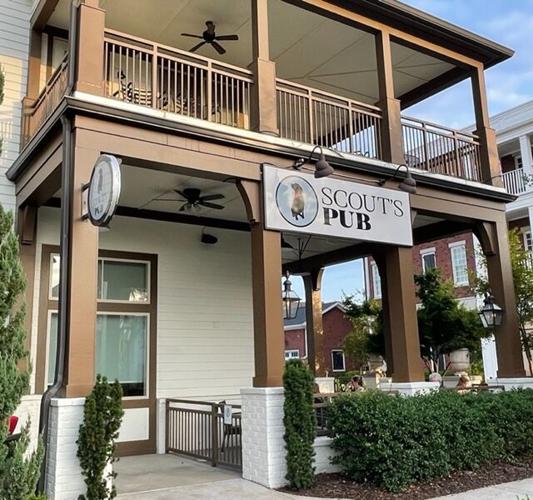 Expected openings this fall for a Scout’s Pub in Nashville and a Puckett’s Gro. & Restaurant in Cullman, Alabama, will bring the number of A. Marshall Hospitality restaurants to 14.

Not bad for someone who hasn’t necessarily followed a blueprint for expansion.

Andy Marshall, proprietor of the Franklin-based firm whose roots date to 1998 at the original Puckett’s in Leiper’s Fork, said his various dining establishments have sprouted, in some sense, at random.

“I was truly just trying to make the best of what I had, taking something good and making it great,” said Marshall, whose first “official” foray into the restaurant business was in 2004 with the opening of the Puckett’s in downtown Franklin. “All of our growth has really been organic. It’s never been goal-oriented toward a number of units or anything like that. It’s been about building our staff and running our businesses as well as we possible could.

“Most of it has been employee-focused. Most of it’s been [a matter of having] built our staff with people we feel we could invest in, and then we went out and found opportunities.”

The new Scout’s Pub will be located in Midtown Nashville and has a planned opening for mid- to late September. It will be the second such restaurant owned by A. Marshall Hospitality, the first having opened in Westhaven in 2016.

“There is a great energy in Midtown with many locals of all ages choosing to live and work in the area,” Marshall said in a press release. “Scout's Pub will be a great partner to the food and libation options that already exist in the neighborhood.”

Another Puckett’s is planned for an October opening in Cullman, adding to a list of similar restaurants in Franklin, Columbia, Nashville and Chattanooga. Other AMH restaurants and hospitality businesses are Americana Taphouse, Deacon’s New South and Burger Dandy, in addition to Puckett’s Trolley and Puckett’s Catering and Events.

Burger Dandy is the latest AMH restaurant to open in Franklin. It was born out of a “ghost kitchen” concept to help the company endure the impact from the COVID-19 pandemic. The delivery service caught on, and Marshall said he and others from the company began planning for a not-so virtual location within the walls of Americana Taphouse.

“The Burger Dandy concept was the one that started getting traction for us, and so we started talking last year whether this could be a brick-and-mortar concept,” he said. "Americana is sort of a long and linear restaurant, and it’s always been sort of a challenge to operate. We wondered if Burger Dandy would be a perfect fit for that location. It’s growing, and I think it’s got a really good future ahead of it.”

While Marshall and his AMH team members are busy getting the new locations ready for their openings, he said he keeps in mind the idea of opening another restaurant in Williamson County.

He’s watching the new June Lake development in Spring Hill, for instance, to see if it could be a good fit for another Puckett’s or Scout’s Pub. There could also be a place somewhere for a second Burger Dandy.

“Williamson County has always been good to us, so we’re keeping our eyes open for any opportunities,” he said.