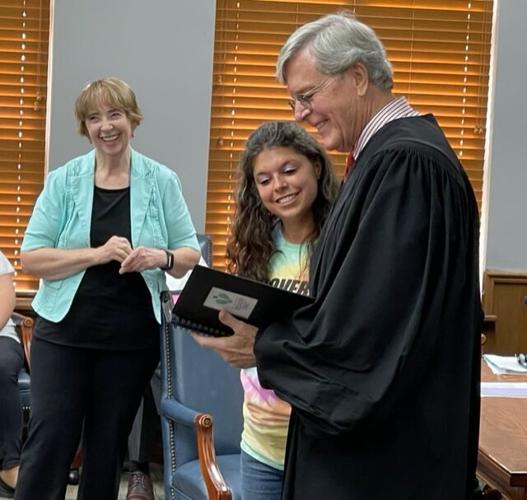 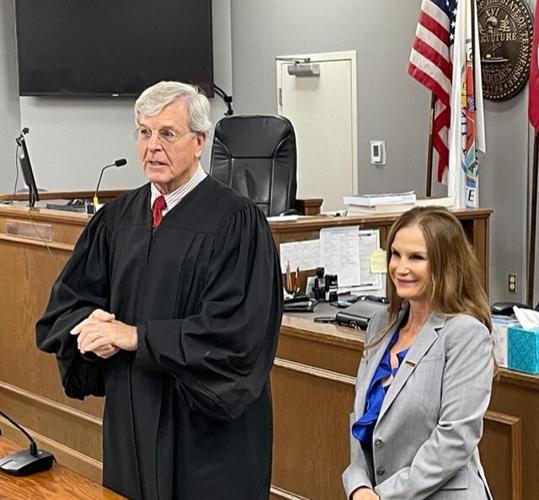 A number of participants in the 21st Judicial District Recovery Court turned out Tuesday to honor a man who has helped to make a significant difference in their lives and in those of many before them.

It was a night to commemorate the retirement of Judge Jim Martin as the presiding judge over Recovery Court, a position he has held since 2014. Martin will also be stepping down at the end of August after 14 years as 21st Judicial District Circuit judge.

“I wish this room were large enough to accommodate all the participants that have been through the court since Sept. 1, 2014, while I have been privileged to preside,” Martin told a packed juvenile courtroom at the Williamson County Jail facility. “If that were true, then I could tell everyone in this room how much it’s meant to me.”

More than 300 individuals have participated in the program, with over 250 having graduated since 2004. The most recent graduate is Casey Hill, a resident of Hickman County who struggled for years with alcohol and methamphetamine addiction before making a decision to enroll in Recovery Court. Judge Martin oversaw Hill’s graduation ceremony.

“He’s understanding,” Hill said. “He is very humble and always has been. He has been very encouraging the whole time. If we fall, he says, ‘I don’t see this as anything but a hiccup, just a bump in the road.’ It’s very nice to know he believed in us when we couldn’t believe in ourselves.”

Participants throughout the courtroom congratulated Hill for her graduation, and several graduates and others spoke directly to the judge.

“You have such compassion and really believe in what we do and what we’re trying to do as a Recovery Court for these graduates [and participants],” Connie Martin, program director for Recovery Court, said to Martin. “Always know that you have done an incredible job here and we will definitely miss you.”

In closing remarks, Judge Martin pointed out that in his 34½ years of practicing law, he never saw a group of individuals work as hard as those participating in Recovery Court.

“I thought I had worked hard as a lawyer and a judge, but the work I did pales in comparison to the work you do,” he said as he addressed the participants who attended. “When I see the struggles our participants go through, the journey that they make, the hard work they have to put in to succeed, it truly humbles me.

“I hope all the participants carry their recovery as a badge of honor, not a badge of shame. Your recovery should be a great source of pride for all of you.

“So to allow me to make this journey with you, and with each and every participant that’s been successful, has been an incredible honor.”