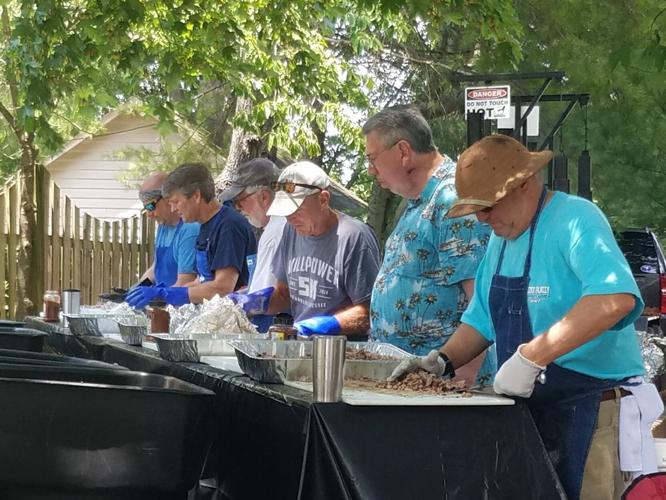 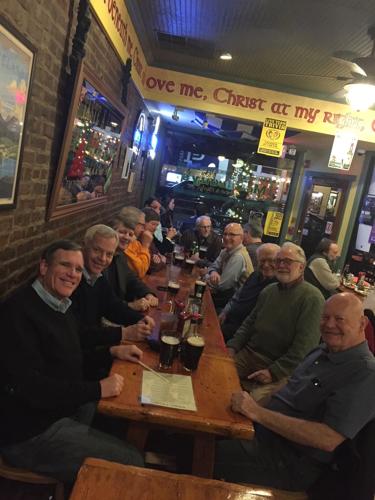 Members of Men of St. Paul enjoying fellowship and planning at McCreary's

The Men of St. Paul group has received the 10th Ed Moody Award of Excellence from the Boys and Girls Clubs of Middle Tennessee, joining a list of recipients covering a wide range of backgrounds.

The award will be presented to the Men of St. Paul at the Boys and Girls Clubs' 33rd annual Steak & Burger Dinner taking place Thursday, Aug. 18, at 5:30 p.m. in Liberty Hall at the Factory of Franklin.

Chosen by a panel of Boys and Girls Club staff, board members, and Williamson County community leaders, the Ed Moody Award of Excellence honors the revered businessman who helped establish the Franklin Clubhouse in 1989. Moody, who died in January 2013 at the age of 92, co-founded Moody Tire Co. after World War II with his brother, Tom, and dedicated his life to improving his community.

“It is a privilege for the Men of St. Paul to work with the Boys and Girls Clubs,” Joe Horne, longtime member of the group, said. “We are certainly humbled by this honor, and to be recognized among such exemplary past recipients. Ed Moody was a giant, and we only wish to honor his memory as well as we can.”

As a ministry of St. Paul’s Episcopal Church in downtown Franklin, The Men of St. Paul organization has maintained a long tradition of feeding Boys and Girls Clubs members throughout the year and providing financial support. The group can often be found manning the grills outside the Fairview and Franklin Boys & Girls during summer and back-to-school events, as well as on Olympic Days and other special events.

The group offers the opportunity for men of the St. Paul’s Episcopal Church to participate in outreach activities throughout this community. As a result of the funds raised through its annual Summer BBQ held since 1960, Men of St. Paul has also contributed money, time, and effort to such organizations/ministries as Church in the Yard (CITY), Wedding at Cana, Mountain Top, St. Paul’s Youth ministries, High Hopes, and Habitat for Humanity.

The Steak & Burger Dinner generates needed revenue to provide Club members (ages 5-18) with valuable resources and exceptional after-school and summer care. Support of the dinner ensures that youth are 100 percent ready for their futures — ready to read, ready for class the next day, ready to graduate, ready for their careers, and ready to serve their communities.

Boys and Girls Club members will showcase their talents for guests to enjoy at the Steak & Burger Dinner. Click here to reserve tickets.