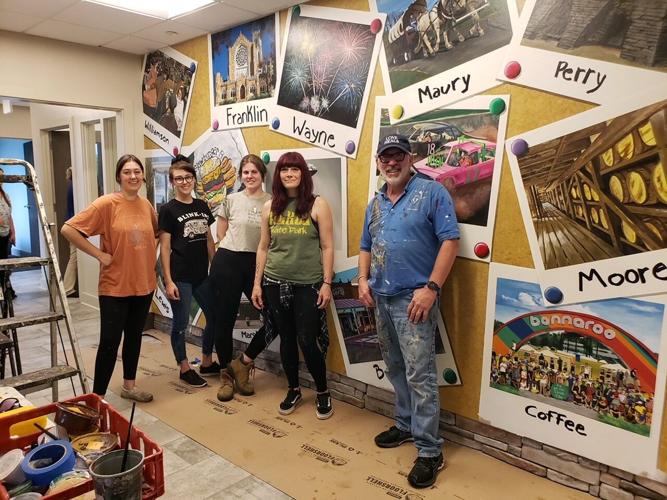 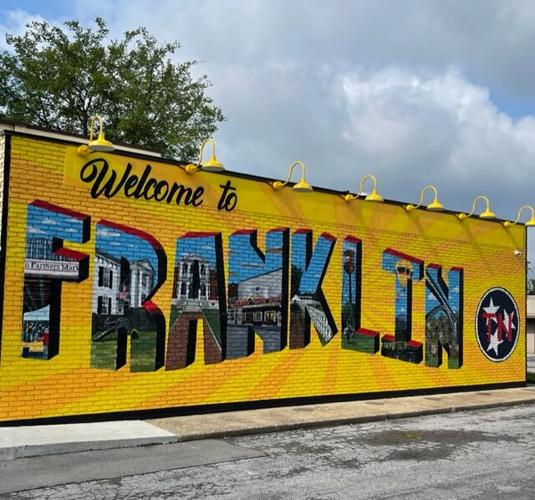 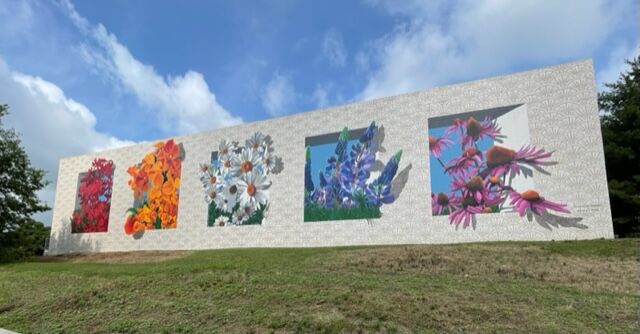 "Not Your Average Wallflowers" mural at Avondale Cottages

Before Michael Cooper launched a fun career, he enjoyed a fun hobby.

Now in business since 1990 as co-owner of Franklin-based Murals & More with his wife, Mickie, Cooper has relished every minute of it. He has painted “hundreds and hundreds” of large-scale custom wall murals throughout the country, as well as a number of them in his hometown of Franklin and elsewhere in Williamson County and Middle Tennessee.

After graduating from what was then Memphis State University in 1974, majoring in fine arts, Cooper worked as a commercial interior designer for 20 years. He was drawn to walls, however.

“During that whole time I was still painting for fun,” he said.

“It was literally just a hobby for me. I always painted on walls for fun. I would paint on walls at my kids’ schools, or church, community center, my parents,’ house, our house. Even in college when someone from my fraternity needed something painted, I would offer to do it.”

Cooper’s work can be found locally in several places. There’s the “Welcome to Franklin” mural he and his crew did on the wall of the Urgent Care facility on Hillsboro Road, and a can’t-miss image can be seen on a huge sound barrier wall in Avondale Cottages. Cooper has painted the interior walls of the Franklin YMCA, and he most recently did projects for Frankie's restaurant and the Family Advantage Federal Credit Union office in Spring Hill.

While Cooper enjoys the creative process, and to some untrained eyes makes it look easy, he said it’s not exactly a paint-by-numbers pursuit.

“A lot of people don’t realize how hard this is, and how technical it is,” Cooper said. “I don’t do any spray work, or aerosols, no graffiti work or street art. It’s a more classical, technical style.”

In addition to the murals, Cooper provides decorative finishes, Venetian Plasters, Trompe L’oeil and hand-painted large-scale graphics and images. And though he’s been too busy of late, he has also taught classes to those artists with serious interest in the craft.

“The classes I’ve taught were really for people who want to do this as a living,” Cooper said. “So we got into perspective and drafting and technical aspects of it, even down to just getting images on a wall. There’s a lot to do.”

Though he’s now 70, Cooper’s a long way from any rocking chair.

“It’s one of those things where somebody says, ‘Aren’t you going to retire?’ Well, a lot of people say they’re going to retire and take up painting. So I guess you could say I am retired.

“It’s just a blast,” he added. “I absolutely just thoroughly enjoy what I’m doing, and I don’t see me stopping anytime.”