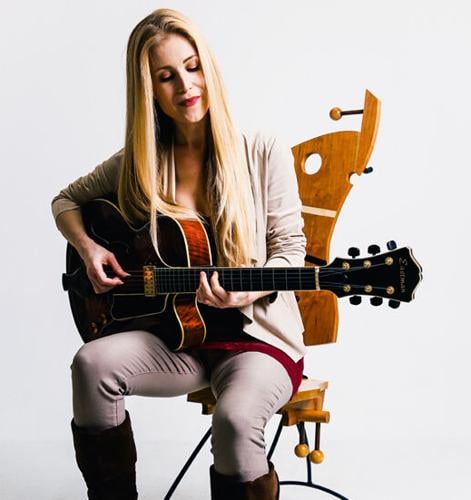 Trying out the guitar chair 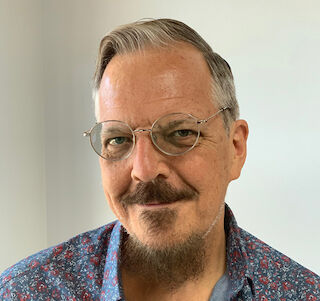 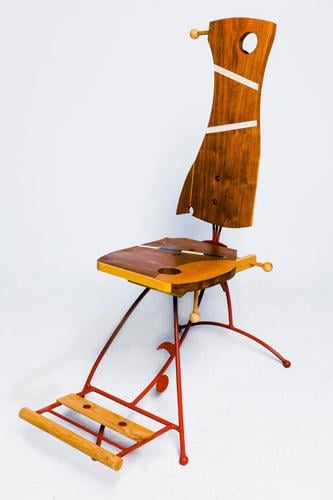 Trying out the guitar chair

Will Winton is no musician, but he may have hit the perfect note through what he calls his guitar chair.

It’s a custom-made wooden seat that offers comfort and practicality for guitar players who prefer to sit while picking in their studio or on stage. Winton, who moved to Franklin last February from Sewanee, said his chairs are slowly but surely gaining notice.

They gained the attention of the Tennessee Arts Commission, which awarded him the FY23 Individual Artist Fellowship in Craft. He was also recognized as a Tennessee Craft Biennial Exhibitor for 2021.

“Things are really starting to coalesce,” Winton, who owns Winton Design Company, said. “My chairs are kind of functional sculpture. There’s a great functional element to them.

“I have a lot of friends who are musicians, and their inputs in the design are really important. At the same time, I try to make them unique. So they are things they can put in their studio or on stage that sort of complement what they’re doing.”

Winton, who once worked as an architect and was later in the IT industry, has been designing and building custom furniture for 25 years. He left the corporate world in 2016 to pursue his skill in creating one-of-a-kind furniture full-time.

“Frankly, the money was good [as an IT specialist], but it just wasn’t very satisfying,” Winton said. “My mother passed away about seven years ago. I had this sort of revelation that there’s more to life than just sitting at a desk. So I took severance and started my own business.”

Winton’s idea for the guitar chair came by happenstance in 2019 at a crafts festival in Oak Ridge. He had on display a chair that he learned was the basis of what came later.

“This woman comes up and sits down in the chair, and she said, ‘If you put a foot rest on this and a place to hang your guitar and a place for picks, you’d have something that every guitar player and picker would want,’” Winton said.

“I went back to my workshop and started experimenting with what I was doing with the chair. I came up with a prototype, invited a friend of mine over who plays. He sat down and after about five minutes, he said, ‘Dude, you’re going to sell a million of these. This is filling a niche.’”

Winton is starting to get more attention in his new hometown as he looks to become involved in local events and activities. He is donating one of this guitar chairs as a silent auction item at the Sept. 15 Friends of Williamson County Animal Center ball, and also plans to have a booth at PumpkinFest in October and Dickens of a Christmas in December.

Winton said he and his dad moved to Franklin upon recommendations from friends, and he has found the area quite supportive of artists.

“I don’t want to be the bull in the china shop, just running in and saying, here I am, world,” Winton said. “That’s just not how I operate. But I’ve encountered nothing but support from local folks.”