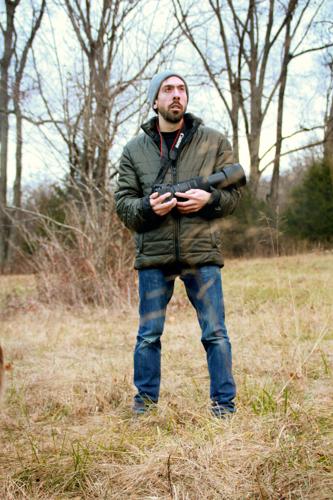 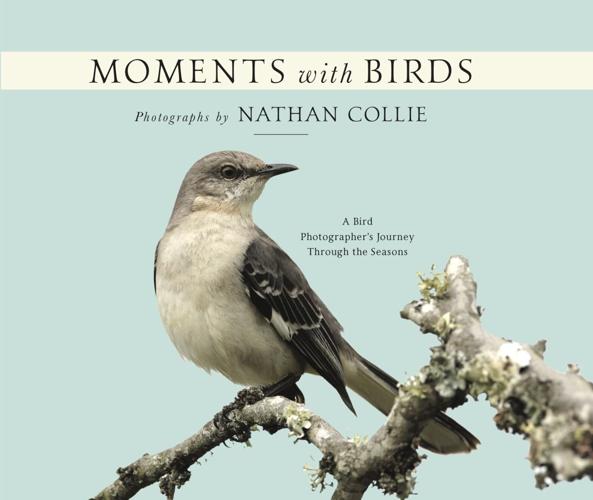 Leiper’s Fork resident Nathan Collie has spent the better part of his life in the outdoors.

And for the past several years, his treks through the woods have always included a camera in tow. Collie has made it his mission to bring out of his excursions an awareness of what many may take for granted — that is, a life of birds he has been able to capture through his lens and the countless photos he has collected.

“A lot of what I’ve learned being outdoors is, though I thought I knew a lot about what was in our woods, I realized there’s a lot more if you just pause and pay attention,” Collie, 38, said. “I made it my mission to capture the unseen and kind of share that with everyone.”

Specifically, Collie is sharing his knowledge of and passion for birds through a book he will be releasing later this year titled Moments with Birds: A Bird Photographer’s Journey Through the Seasons. The book will be distributed through Ingram Books in late summer, and pre-orders are now being accepted by going here.

Collie, who lives off Carters Creek Pike with his mom, artist and photographer Anne Goetze, and is the son of country music artist Mark Collie, said it simply made sense to publish a book that would bring out to the open the discoveries he makes while walking deep into the woods.

“A lot of times people might see me with my camera going out to the woods, and no one would really see what I captured,” he said. “So I decided I need to do something with all of this material that I’ve gathered over a seven-year period. It just kind of went from there.”

The book is highlighted with photos of 172 birds from a wide range of species, many of which were photographed while he walked the woods on his own property. Collie also got many of his shots at Radnor Lake State Park and Warner Parks in Nashville, as well as several other locations across Tennessee.

Collie’s book is also rife with information on the individual birds shown in the pages, both those that are thriving and those in decline. In addition, Moments with Birds is sprinkled with interesting anecdotes and personal stories from the photographer.

Mostly, Collie wants to get across the fact that birds — their comings and goings — are a true reflection of the environment at large, a key component of the ecosystem. To that end, his book is instructive.

“I want the book to help people keep awareness of the threats that birds face, but to also show ways we can protect them,” he said, “all the simple things. If we all combine our forces, it will make a big difference.”