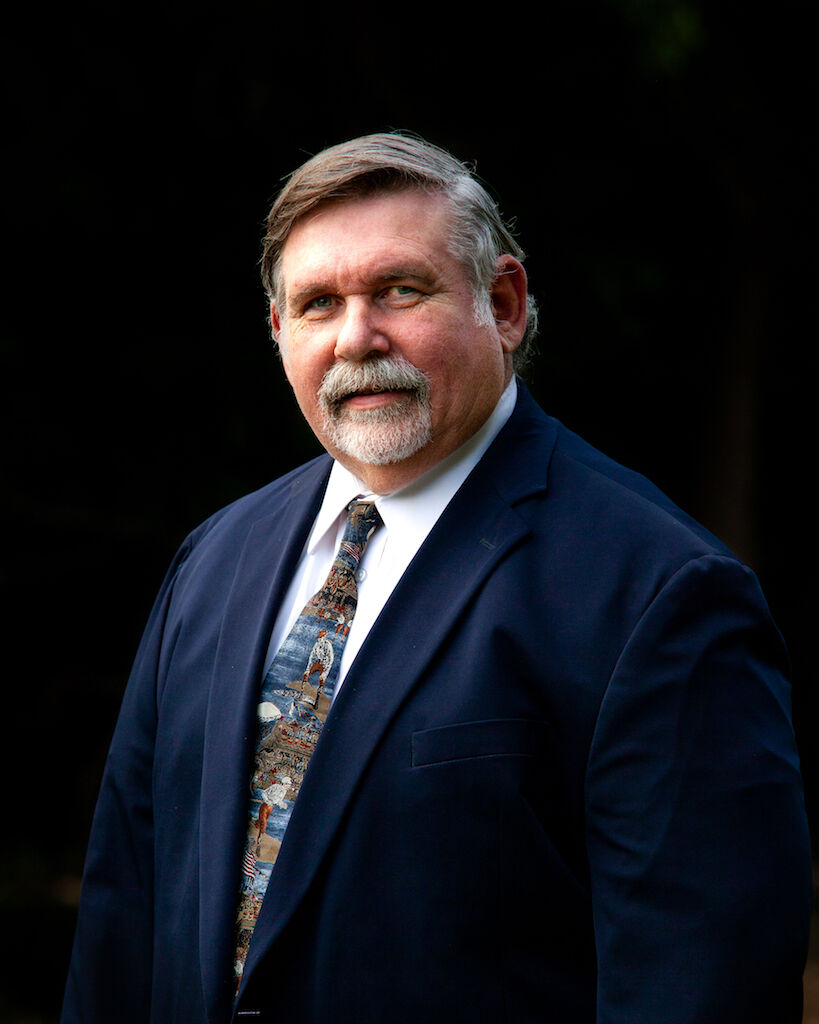 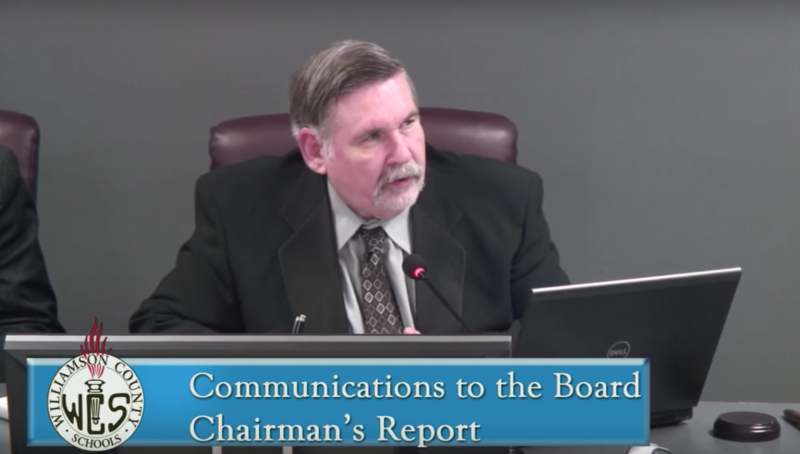 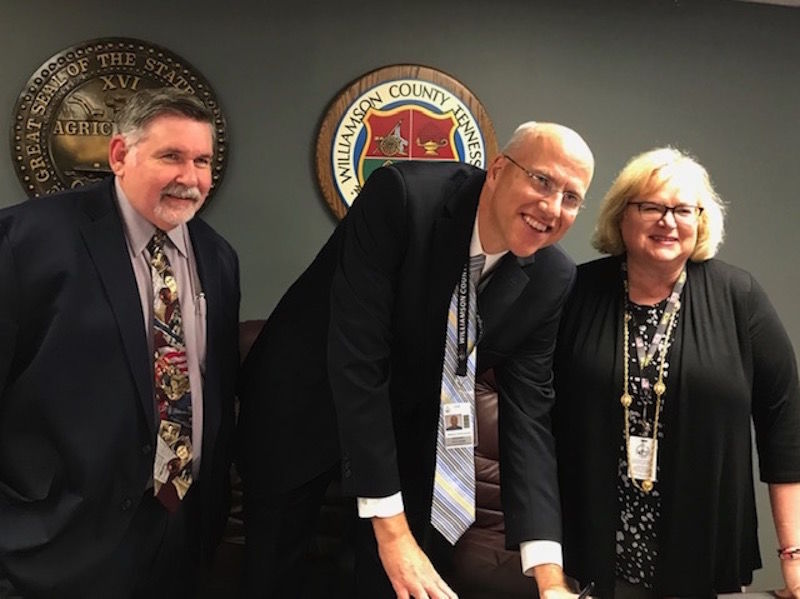 Before Gary Anderson narrowly won his first election as a school board candidate 30 years ago, he thought he had lost it.

He was in a three-way race to fill an empty seat in District 5 in the 1990 election, and he heard through a radio broadcast that he was unsuccessful in his bid to join the Williamson County Board of Education.

“I won by a total of 16 votes,” Anderson, 67, recently explained. “They first announced over the radio that I had lost, and then came back and said, ‘no, wait a minute, we read that wrong.’ And they corrected it to say I had won.”

Anderson, of course, hasn’t lost an election since. He heads into retirement from the board after Monday night’s school board meeting, with Aug. 31 as his official retirement date. He served alongside six different Williamson County Schools superintendents and a vast array of fellow board members, and has chaired the board for 12 years. In good times and bad, Anderson held the steady grip.

Kudos from fellow board members

“For the past 30 years, Gary has devoted himself to our community through his service to the Williamson County school board,” said Nancy Garrett, District 12 representative and vice chair of the board. “His knowledge of school operations, mentorship and encouragement to his fellow board members, and his steady leadership, have contributed greatly to the sustained growth and excellence of Williamson County Schools.

“Gary would prefer to go off quietly into the sunset, but his influence and impact on our community are worthy of our acknowledgment, appreciation and respect.”

Rick Wimberly, who has represented District 9 for nine years, said he knew Anderson was someone special from the first moment he met him.

“The first time I went to the [Williamson County Administrative Complex] for a school board meeting after being appointed to the board, I ran into Santa Claus outside,” Wimberly said. “I thought, cool, someone’s having a Christmas party inside. A few minutes later, Santa comes into the meeting and sits at the meeting table. That was the first time I met Gary. He was Santa Claus.

“Gary has provided leadership, guidance and even inspiration to the school board for years. He’s a consummate professional, a servant leader and passionate about education. When he speaks, his colleagues listen. Gary has earned his retirement, but we are going to miss him deeply."

Like many have done through the years, Anderson and his family moved to Williamson County for the schools, in 1982. His two children attended schools in WCS, and three grandchildren are currently enrolled at Mill Creek Elementary, Mill Creek Middle and Nolensville High. Anderson was active in PTO and even volunteered to teach a subject he thought was sorely lacking in the school district.

“I was teaching music to fourth graders at Nolensville Elementary because WCS did not have a music and art teacher for elementary schools at the time,” Anderson said. “I couldn’t understand why the wealthiest district in the state does not have music and art teachers when I had them as a kid. I volunteered and taught kids how to play the recorder. That was what I learned [in music] when I was a kid.”

Teachers and others were so impressed with Anderson’s passion for education that they convinced him to run for school board. He’s had challengers along the way, but has so ingratiated himself with his District 5 constituents that he never really came close to losing an election. Jennifer Aprea, who was elected 10 days ago to fill the seat Anderson is vacating, said she had no intention of running until Anderson announced his retirement in late March.

“Gary’s done such an amazing job,” she said, “and I am unclear why anyone would have challenged his seat until he was ready to give it up.”

Anderson, who will continue working full-time in his job as director of Finance and Administrative Services with Murfreesboro City Schools, said he wrestled somewhat with the decision whether to retire. He enjoyed his place on the board and was proud of the institutional knowledge he brought to it. But he wanted more time with his family, and has regretted occasionally missing his grandchildren’s activities on nights of school board meetings.

Mostly, however, Anderson thought back to when he was a young father and involved in his children’s schools. Many parents are now demonstrating that same passion for their kids’ schools.

“After 30 years,” Anderson said, “there’s a lot of people in the community — in [the District 5 area of] Nolensville, College Grove, Triune and east Brentwood — who are really engaged with their kids in school, and I thought now’s a good time for someone else to come up.

“I’d give any new board member the advice to sit back, listen and learn how things work. … Go to the schools, meet people and listen to them and learn from them. It’s nice to be invited by a school to come visit. That was always special for me.”