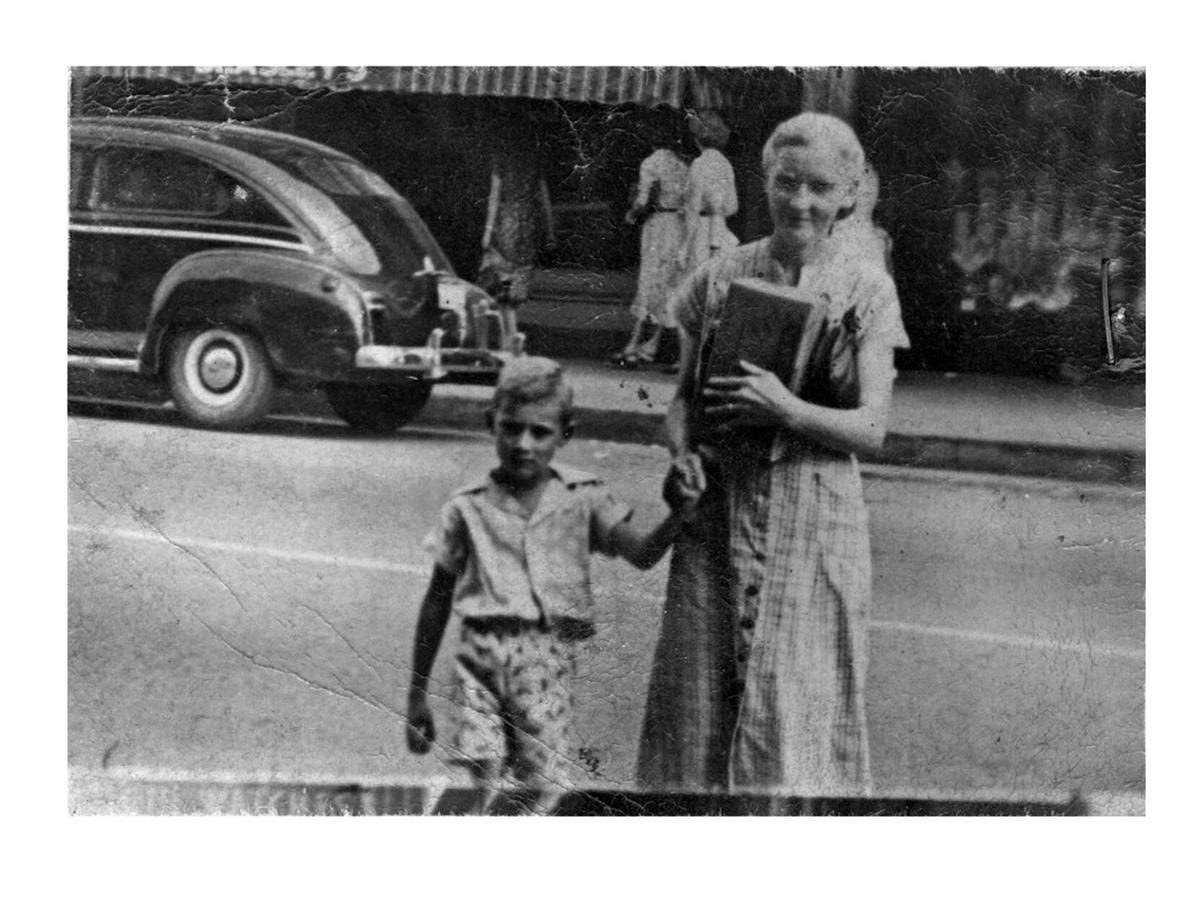 Ronald Crutcher's maternal grandmother, Marie Crafton Hicks, took him to Franklin's Main Street every fall in the 1950s to purchase his books for school. 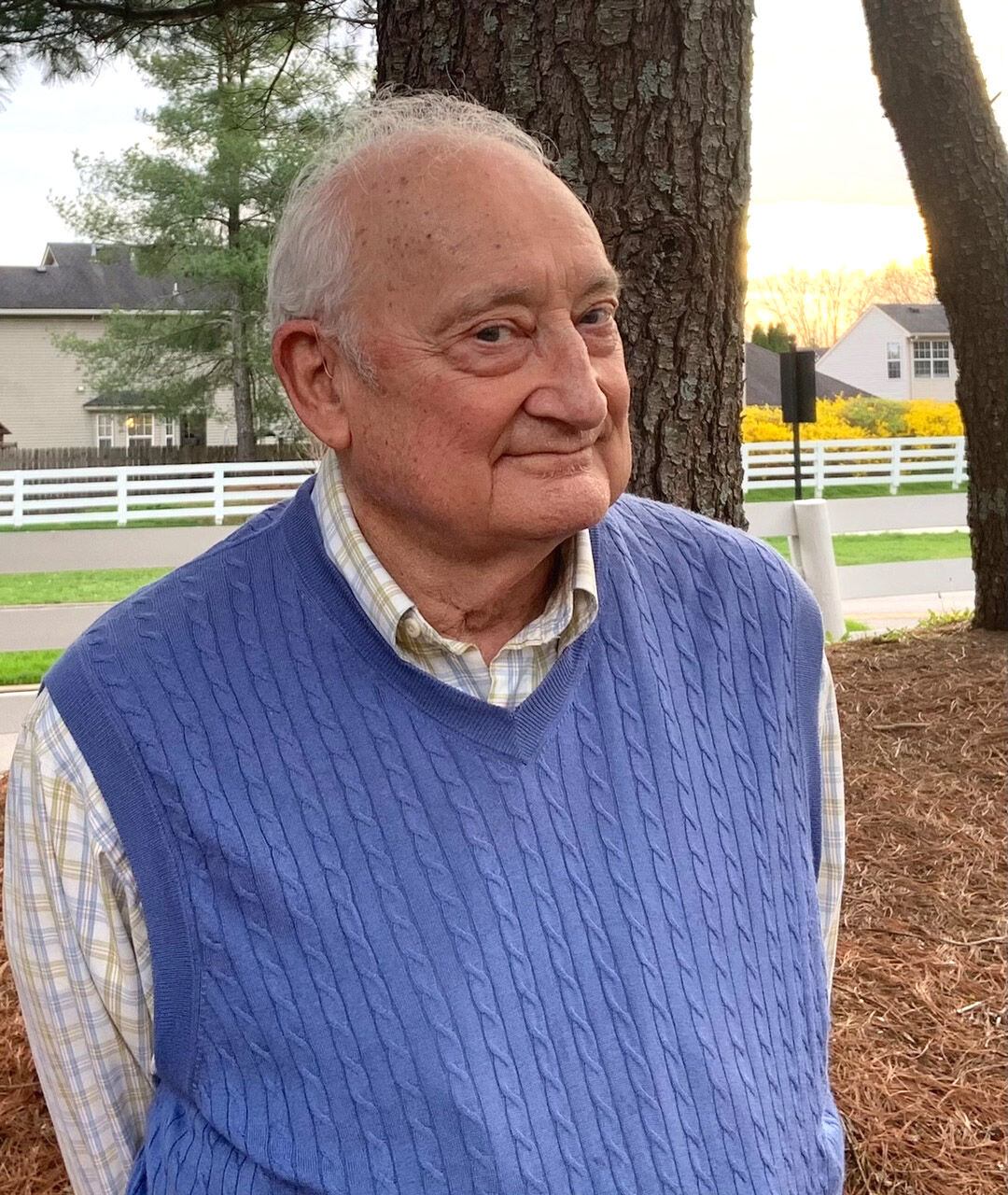 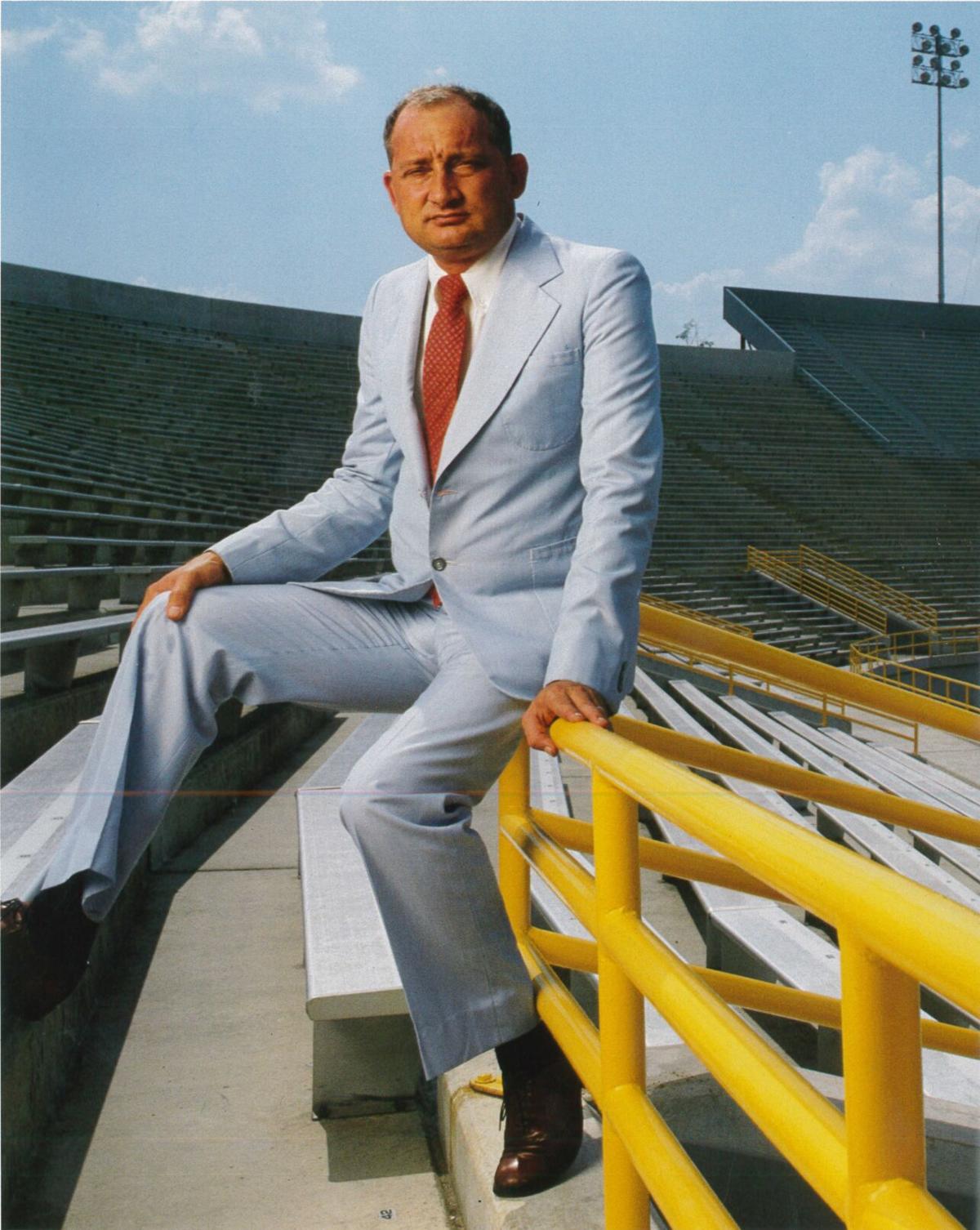 A lifelong career in construction management led Ronald Crutcher in 1980 to oversee the first major renovation of Vanderbilt's original Dudley Field while working for Foster and Creighton Construction of Nashville.

When Ronald Crutcher began jotting down memories of his then 75 years of life and adventures in Williamson County and beyond, he thought his writings might be something his children and grandchildren could pick up and read from time to time.

He had been influenced by one of his English teachers from his days at Battle Ground Academy in the early 1960s. Crutcher and his teacher, David Wood, had stayed in touch over time, and in recent years Wood had suggested that Crutcher begin writing a memoir of sorts. Wood had written a 60-page memoir himself, and that inspired Crutcher to make his jottings more formal.

Much more formal, as it would turn out.

“It was going to be just a black and white pamphlet, and then one thing led to another,” Crutcher said from the porch of his Adams Street home one recent spring day.

Through the urging of his wife, Joyce McMillan Crutcher, and from the help of Franklin editor Pam Horne and Nashville artist Caroline Harwood, that pamphlet became a published book titled Crossing Creeks, Bridging Rivers and Laying Cornerstones: Recollections of Ronald Crutcher.

“It’s been a good experience,” Crutcher said of the writing and the process of having the book published. “Once I got into it, I enjoyed what I was doing.”

As the title suggests, the book is divided into three parts.

Born June 10, 1945, and raised in his early years in a ramshackle cabin his grandparents owned on what is now Duplex Road in Spring Hill, Crutcher spins story upon story in “Crossing Creeks” — from his delight in exploration, trust in education and liberation in laughter.

These qualities of character enabled him to make the leap into what might have been an overwhelming culture at Vanderbilt University after his graduation from BGA, according to a press release on the book’s release earlier this year. Trust in education was central to Crutcher’s persistence, even as personal struggles could have stalled his journey toward graduation.

In “Bridging Rivers,” the pride gained from his Vanderbilt engineering degree was a humble memory as he joined American troops in the jungles of Vietnam. Charged with building roads that were critical to troop movements, Crutcher employed his formal Vanderbilt training, but also used the much-valued ingenuity he learned growing up on the farm. He was resourceful, creative, focused and tension-driven to completion of his mission.

The events outlined in “Laying Cornerstones” are a gift of circumstance, but also the natural outcome of a deeply personal connection to Crutcher’s home community of Williamson County. The heyday boom years of suburban development in Middle Tennessee left Williamson County leaders with a true dilemma — how to manage a burgeoning need for public schools. These years, decades that connect two centuries in history, solidify his legacy as a steward of fate, good conscience and sound construction principles.

“I hope what I have written gives an honest and clear picture of what it was like to grow up in Williamson County, with limited means but abundant possibilities,” said Crutcher, whose engagement in numerous community organizations spans decades.

“This memoir offers a fresh look at a familiar place. What that means is whether you are ‘from around here,’ as we say in the South, or ‘just moved here,’ I believe this book will capture and stretch your imagination.”

Crutcher also writes about the numerous projects he was involved in during his professional career. One of those was an assignment to oversee the expansion of the King Faisal Specialist Hospital in Riyadh, Saudi Arabia. It was an experience that solidified his love of the “good ole USA.”

Crutcher made his mark as an engineer on several iconic facilities in Williamson and Davidson counties, including Vanderbilt Stadium, a new Williamson County Courthouse and some 26 public schools across the county, among many others

“I am excited to share the stories of my adult experiences in construction management, including my early work with Nashville’s Foster and Creighton Company and, most especially, the opportunity to establish The Parent Company, which continues to serve Middle Tennessee today,” Crutcher said in the press release.

Although Crutcher retired in 2017 and later faced a number of health issues, he continued to stay busy and today remains active by volunteering his time and talents. He supports nonprofits such as Habitat for Humanity, the Housing Fund, the Franklin Rotary at Breakfast, the Boys and Girls Club, and Franklin Tomorrow.

And from his 76 years of life experiences, world travel and various challenges, Crutcher remains humble and ever so dry-witted. When asked what he’s hearing from people about his book, Crutcher exuded that wit.

“I’ve gotten a good bit of feedback,” he said. “I’m not bragging, but I guess I am a little. It’s all been favorable, but maybe the unfavorable have kept their mouths shut.”

“Crossing Creeks, Bridging Rivers and Laying Cornerstones: Recollections of Ronald Crutcher” could make for a good Father’s Day gift, or a gift for any occasion for anyone interested in reading about events, relationships and business experiences that shine a personal light on how people forge ahead.

Ronald Crutcher's memoir can be purchased at Bound Booksellers in Westhaven and Landmark Booksellers in Franklin or online at the website for BookBaby.