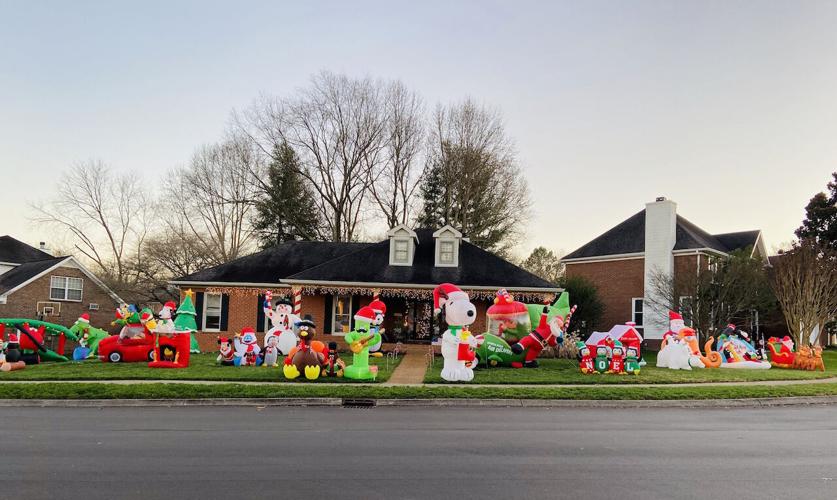 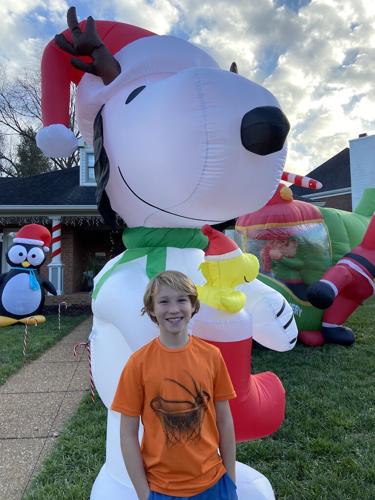 Ashby Brown stands in front of a rather tall Snoopy, one of about 25 inflatables decorating his family's yard for the holidays.

For the past three years or so, Oak View Elementary fifth-grader Ashby Brown has been bringing a holiday spirit to his Dallas Downs neighbors and beyond.

Now 10 years old, Ashby has been collecting Christmas-related inflatables since he was 7. He has about 25 blow-up figures strewn across his family’s front yard. Ashby showcased about seven inflatables at Halloween and displayed a couple of blow-up turkeys at Thanksgiving, but it’s his collection of Snoopy, Frosty, Santa and other characters that really turn the heads of passers-by.

“He truly gets joy out of people driving by and seeing his inflatables,” said Julianne Brown, Ashby’s mom. “Even when he’s setting up, people will drive by or walk by and make comments to hm. That just fuels his spirit to keep going.”

Neighbors of his grandparents gave Ashby his first three inflatable characters, and over time he has purchased more at places such as Home Depot, thrift stores or even yard sales, or received them as gifts. And while he certainly enjoys the variety of holiday-themed inflatables he now displays each year, he actually got interested in them through something of an engineer’s mind.

“He was fascinated with the blowers of the inflatables when he was 4,” Julianne said. “We would go someplace that would have a blowup bounce house, and he always wanted to check the blower to make sure it was straight and the air was blowing properly.

“I used to work at the Y in the kids area, and they had this huge blowup bounce house. He would help me unroll it, blow it up, set it up, starting at the age of 4. It has evolved from there.”

In addition to his mechanical approach to inflatables, Ashby brings a business sense to his hobby as well. If he sees one he likes but is short on cash to buy it, he offers to do odd jobs such as sealing driveways, raking leaves or other chores.

“He just has that entrepreneurial mindset,” Julianne said. “So if he needs money, he’ll go out and work.”

Ashby’s creation of inflatables can be viewed on Winder Circle in the Dallas Downs neighborhood in Franklin.