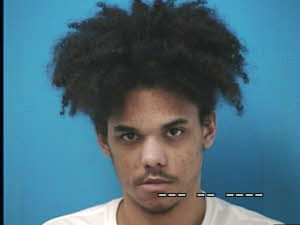 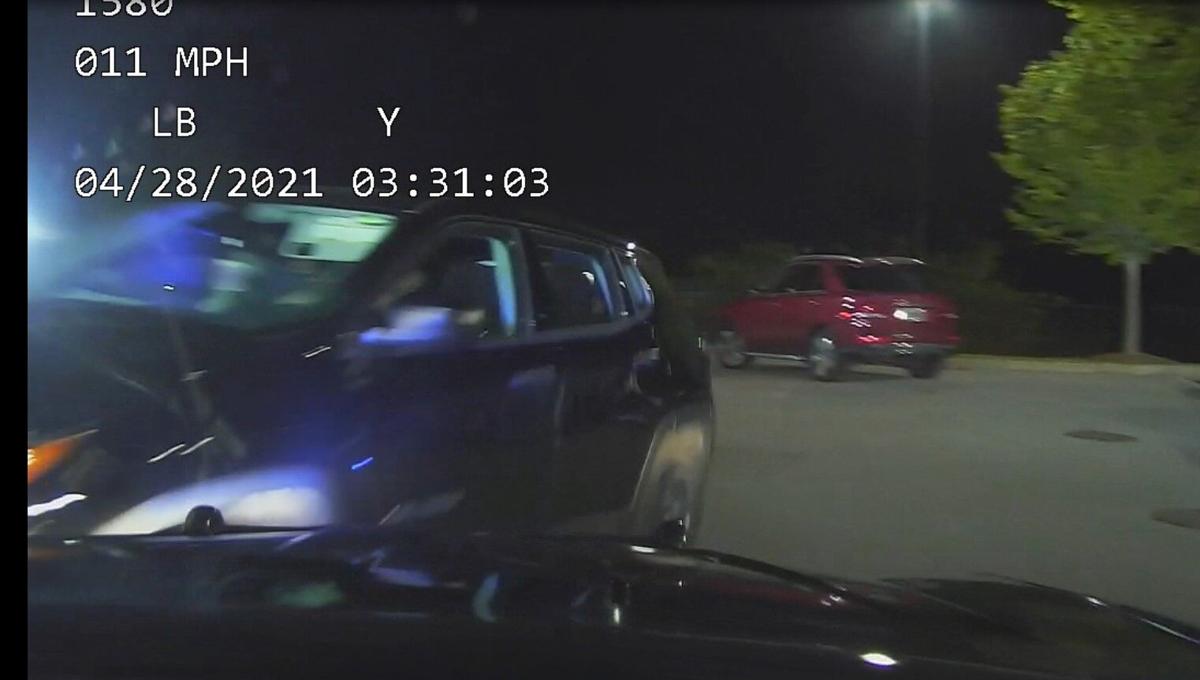 A still frame from a BPD police vehicle dash camera shows the moment that an unidentified person hits the police vehicle in an attempt to flee officers.

The Brentwood Police Department arrested a Hermitage man for a string of auto burglaries and an auto theft dating back to the spring.

20-year-old Quentin Dominic Harris was charged by BPD with five counts of auto burglary, one count of evading arrest with a motor vehicle, one count of aggravated assault and one count of theft of property ($10,000-$60,000,) while he was incarcerated in the Davidson County Jail in Nashville on unrelated charges.

Harris is BPD's main suspect in the crimes, including the previously reported incident, where police responded to a "suspicious vehicle" at the Audi Nashville and Mini of Nashville automotive dealerships around 3:30 a.m. on April 28.

That incident saw the driver of a 2021 Jeep Compass SUB strike a BPD patrol vehicle as it fled the scene, an incident which was captured on a BPD dash camera, and a still of which was publicly released.

Police said in the affidavit filed against Harris that the person driving that vehicle was not Harris, but a woman named Francis Clinard who they have not yet arrested.

According to that affidavit, Harris allegedly burglarized five vehicles at the two dealerships, both of which are a part of the Sonic Automotive Group, moving unspecified stolen property from vehicles and placing them in the Jeep.

The Jeep, which police said was registered to Harris' mother, was found abandoned with a flat tire at a Mallory Lane business shortly after it fled and they said that they found Harris' cell phone inside of the SUV along with Clinard's wallet.

Police also honed in on Harris as a suspect after video footage showed a person with bandage on the left arm, something that matched Harris' description after he was shot in the arm by a Wilson County Sheriff's Deputy in March.

That incident saw a BMW stolen from Brentwood located at a Mt. Juliet home flee the house and strike law enforcement patrol vehicles and drive at the deputy who fired a service pistol at the vehicle that they said was driven by Harris.

According to the TBI, that stolen BMW was located at a Hermitage home, and Harris was arrested and treated at an area hospital for a gunshot wound to his arm.

According to a second affidavit from Williamson County, Harris' theft charge stems from the theft of a second BMW that was allegedly stolen on the night of March 10.

Police said that BMW was found abandoned in a hotel parking lot in Goodlettsville on the morning of March 11, and said that surveillance footage showed Harris driving the stolen car as well as using a stolen credit card that was property of the owner of the stolen BMW.

According to BPD Assistant Police Chief Richard Hickey, Harris was on bond during the April incident, and added that the delay in charging Harris was due in part to detectives waiting on the return of cellular location data records.