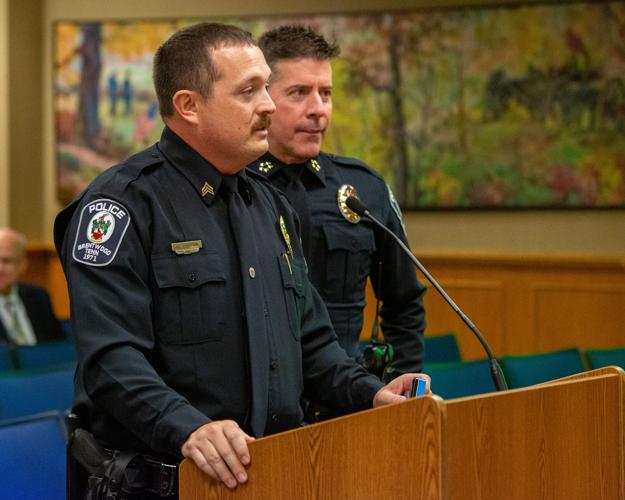 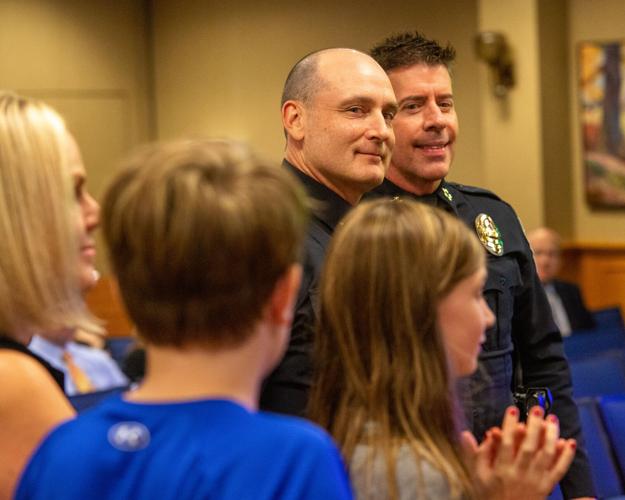 “As you can imagine, 32 years of service is rare these days, and I want to publicly thank him for that. There is no doubt that he was a dedicated employee, he loves the city of Brentwood, loves the police department, and we’re going to miss him,” Hickey said.

Lt. Pepin has served with BPD for seven years, having previously served 22 years in the United States Navy where he earned the rank of Senior Chief Petty Officer and received numerous commendations including three Naval Commendation Medals, an Army Commendation Medal and the Joint Services Achievement Medal.

Sgt. Thigpen joined BPD as a dispatcher on August 16th, 2010, becoming a patrol officer in 2012 where he has served as a field training officer, crime scene tech, taser instructor, and has also served on the department’s Crisis Intervention Team.