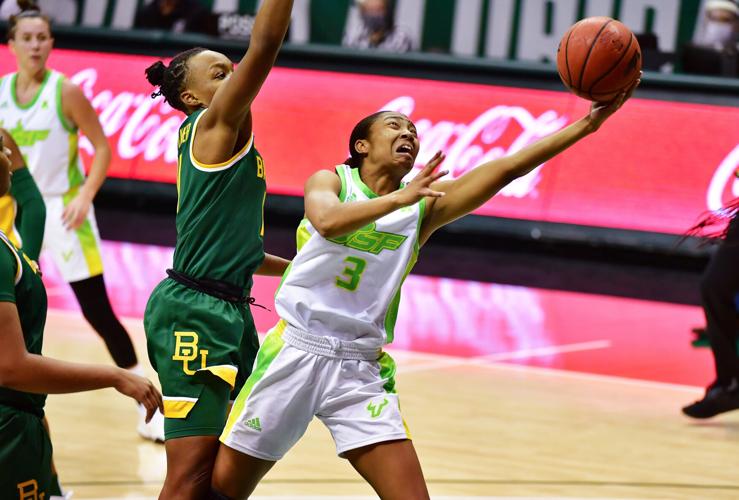 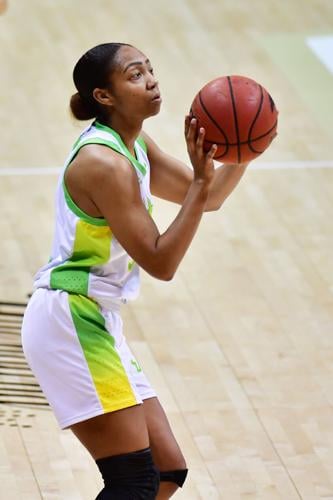 Sydni Harvey won a lot of games at Brentwood Academy.

Top-seeded USF (15-3) will face the Wichita State-Tulsa winner in an American Athletic Conference quarterfinal on Tuesday in Fort Worth, Texas.

“It’s exciting to finally be the No. 1 seed going into the tournament and I just think we’re all really happy,” said Harvey, a junior guard who led BA to four state titles.

USF won the regular-season championship, the first conference title in the 49-year history of the program, with a victory over Central Florida on Tuesday.

“It’s good to be the first one at USF to be able to do this,” Harvey said. “I mean, words can’t describe how it feels.”

The 20th-ranked Bulls pride themselves on their man-to-man defense.

“When you’re able to defend, I think it makes the offense so much easier,” Harvey said. “You get the stop and everything just flows on the offensive end.”

USF is hoping for its seventh NCCA Tournament appearance under coach Jose Fernandez, who’s in his 21st season with the Bulls.

Harvey is a third-year starter who’s tied for second on the team in scoring at 11.2 points per game.

“I think it’s a great fit both on and off the court,” Harvey said. “I love the atmosphere. I love being in Florida, of course, the warm weather, I don’t have to worry about any snow.”

USF is powered by a diverse roster with 11 international players from European countries like the Czech Republic, Croatia, Italy, Greece, Netherlands, Spain, Portugal and Belgium.

“I really love our players,” Harvey said. “I’m trying to learn some languages, you know, a few words here and there.”

USF’s Bethy Mununga, a 6-foot post from Belgium, is averaging 12.7 rebounds and 11.2 points per game.

“Bethy is our double-double machine,” Harvey said. “That’s why I just shoot it. I know she’s going to get the rebound if I miss.”

USF went 31 days without a game during a COVID pause from mid-January to mid-February.

“It was really hard not being able to get in the gym and not be able to practice,” Harvey said. “Everybody tried to do what they could do, like at-home workouts or going out to run by yourself. I think mainly, mentally, you had to keep yourself strong so that when we did get back on the court, we were mentally prepared and then we had to get hyped to get physically prepared.”

North Carolina running back Ty Chandler, who previously played football at Tennessee and Montgomery Bell Academy, is also her cousin.

“Basketball is definitely a big part of the family,” Harvey said. “My family always comes to different events. I’m just grateful that they’re supporting me in all I do.”

“I try to hit up Darius every once in a while to check up to see how he’s doing,” Harvey said.  “We’re still cool.”

Harvey hopes to play professionally after she graduates from USF, whose campus is in Tampa, Fla.

After basketball, she would like to own her own business, possibly in the clothing industry.

A shooting guard who’s played point in the past, she’s trying to improve her mid-range game.

Harvey is BA’s career scoring leader with 2,091 points. She led the Lady Eagles to state titles in 2014, 2015, 2016 and 2018 as the tournament MVP each time, including her eighth-grade, freshman and sophomore years.

“She’s the best guard I’ve ever had,” BA coach Rhonda Brown said. “The thing that was special about Sydni is she was really good from a young age.”

Harvey has a high basketball IQ and she’s tough on defense.

“She’s not flashy, she’s just solid,” Brown said. “I think she can do a little bit of everything. Her best trait was she found a way to win.”

If the Lady Eagles needed a big bucket, Harvey would get it, much like Garland for the boys.

Harvey was named Miss Basketball in Division II-AA her last two seasons. Garland was Mr. Basketball his final three seasons before going off to Vanderbilt.

“In a world of me and my brand and what I post on Twitter and social media, she was just a kind kid,” Brown said. “And everybody appreciated how talented she was, but I think what set her apart was how unselfish she was. She really stood for what we stand for at BA.”

Brown knows what it takes to get to the WNBA, considering she was the first pick in the 1998 expansion draft as a point guard out of Vandy.

“(Sydni’s) international contacts right now are huge,” Brown said. “The WNBA is really hard for a rookie to get into because the older people don’t move that much. There aren’t a lot of spots that open up.”

Harvey’s international contacts with her USF teammates could lead to an opportunity in a European pro league.

“You can make some great money (overseas,)” Brown said. “She’s a good-sized guard (5-10) that’s extremely savvy and her coach has a lot of connections in that market, too. They’ve had tons of players either play overseas or in the WNBA. She’s in a great place for whatever she wants to do.”