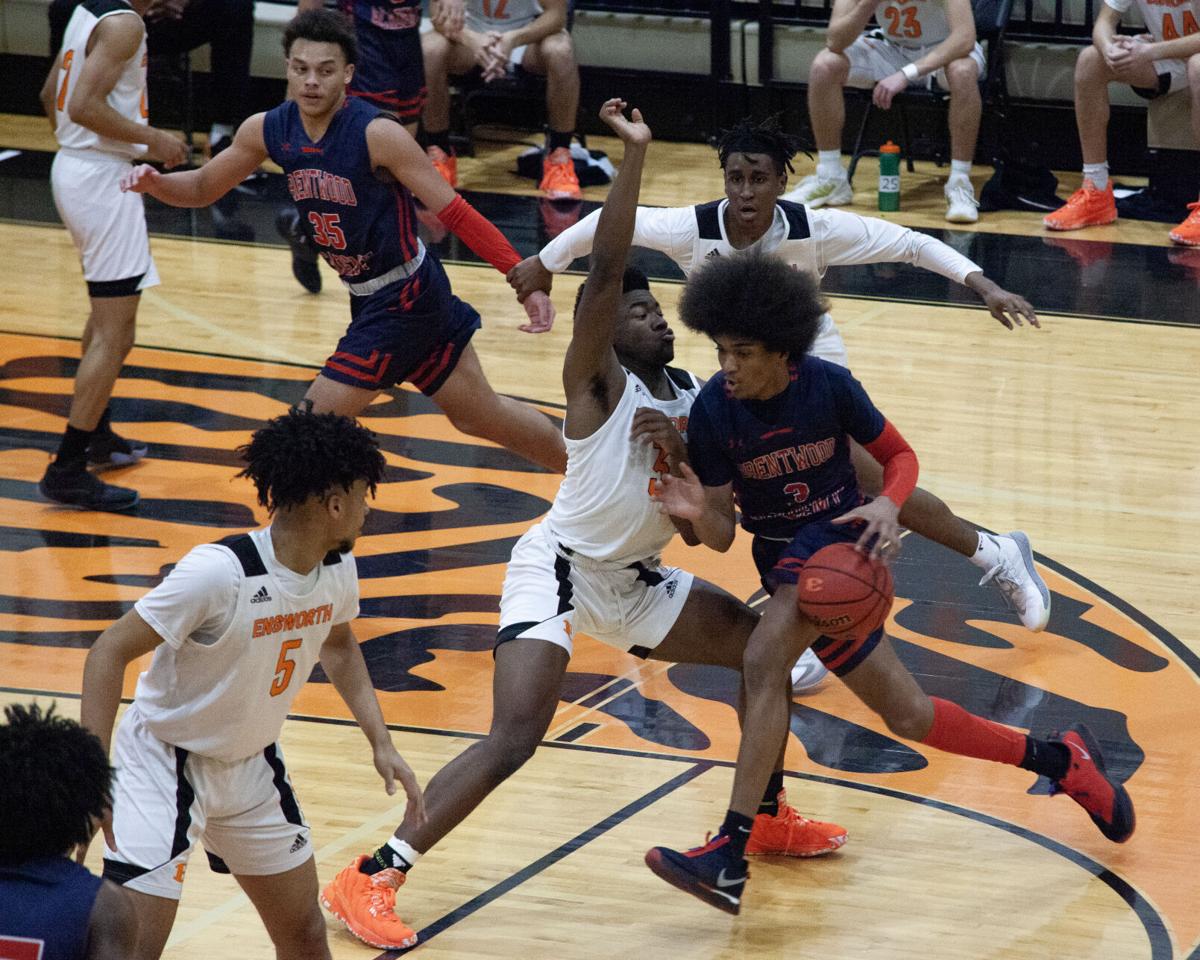 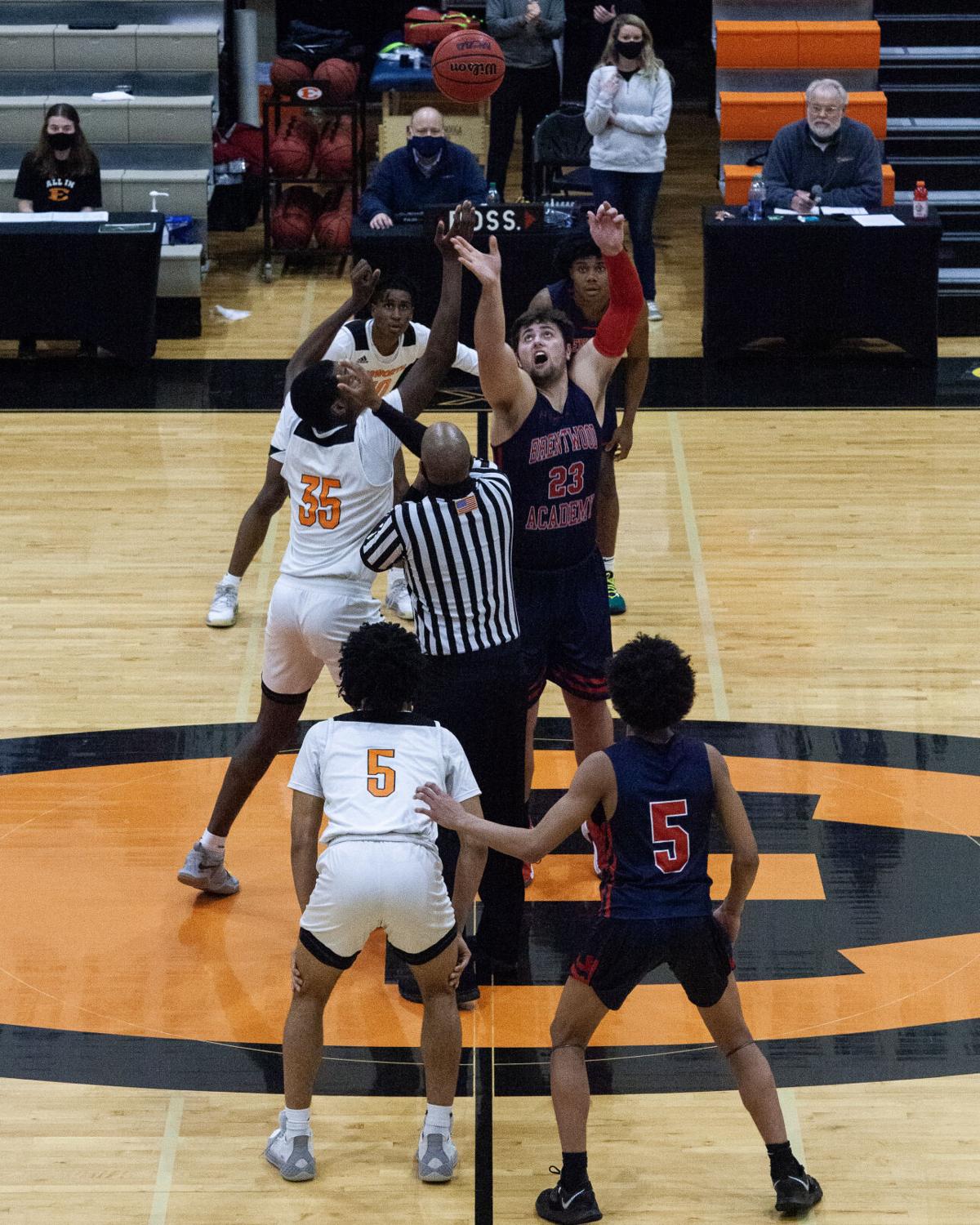 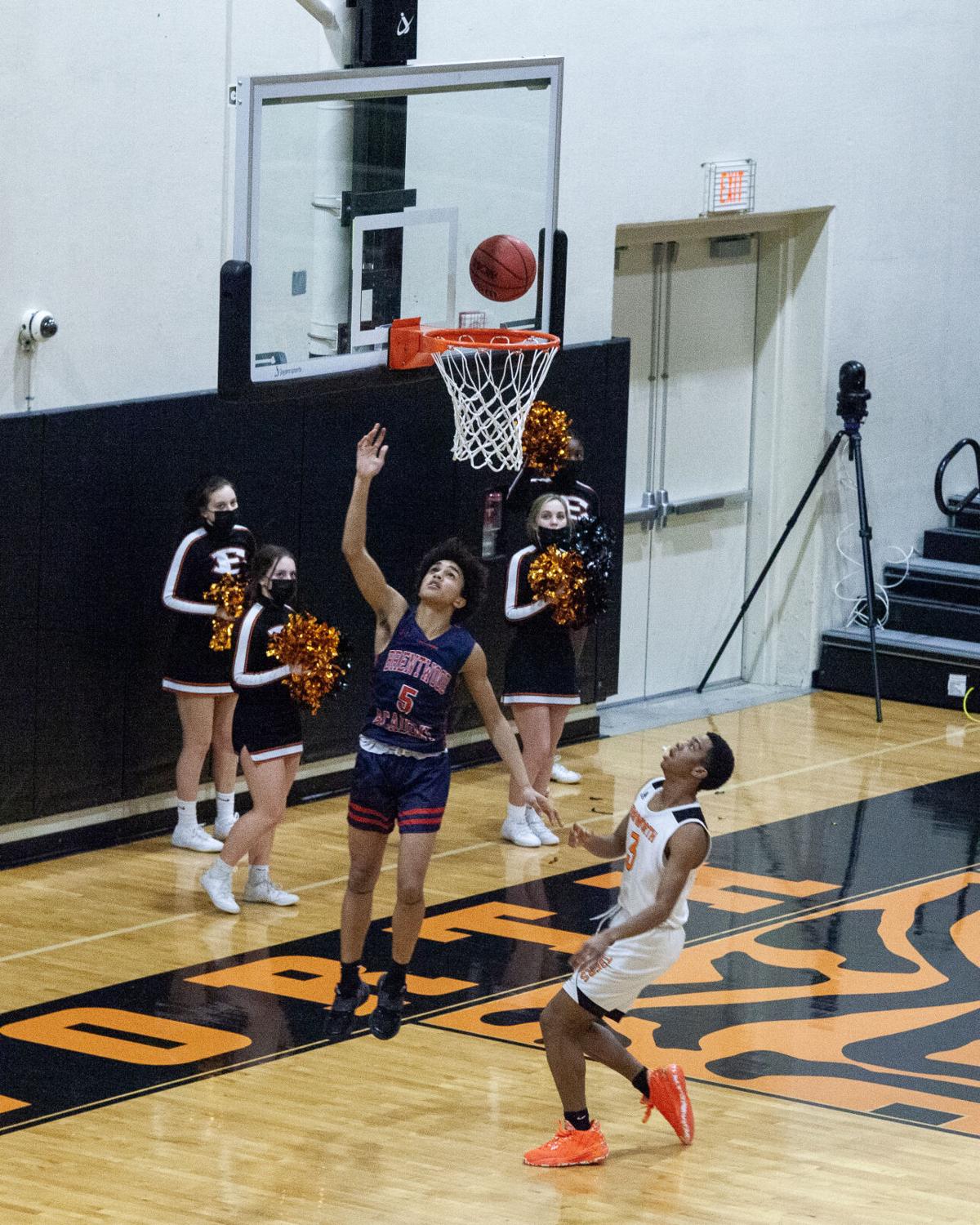 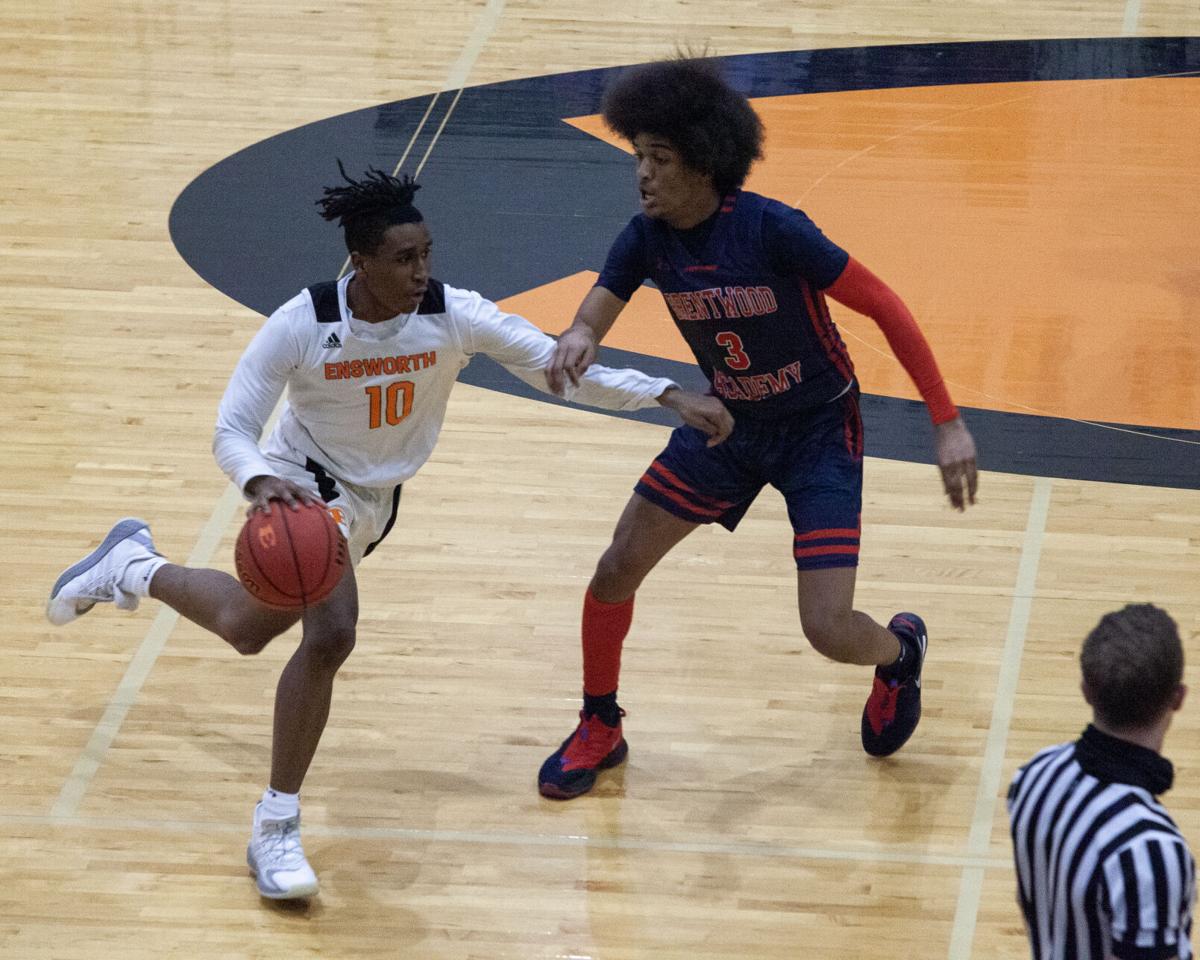 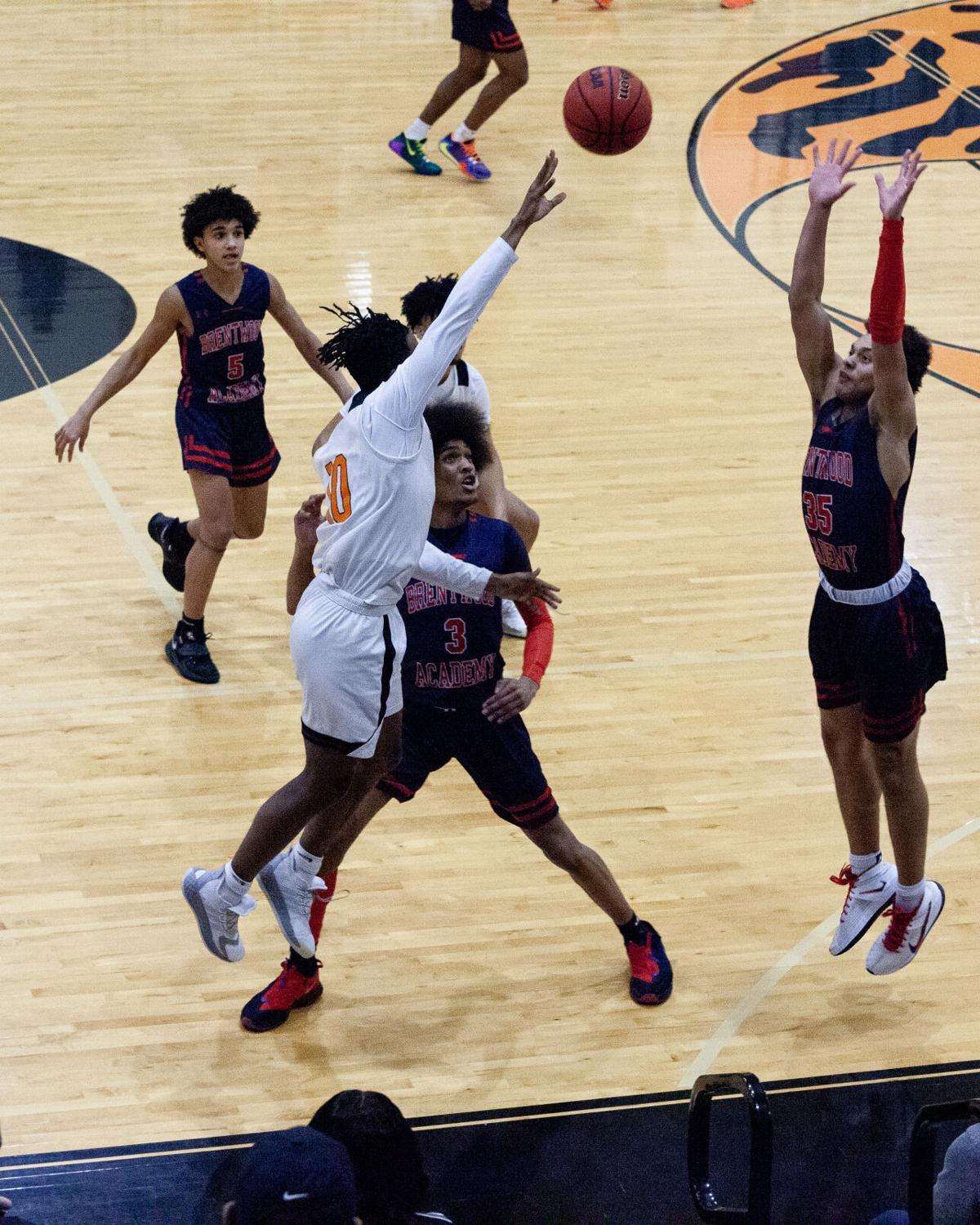 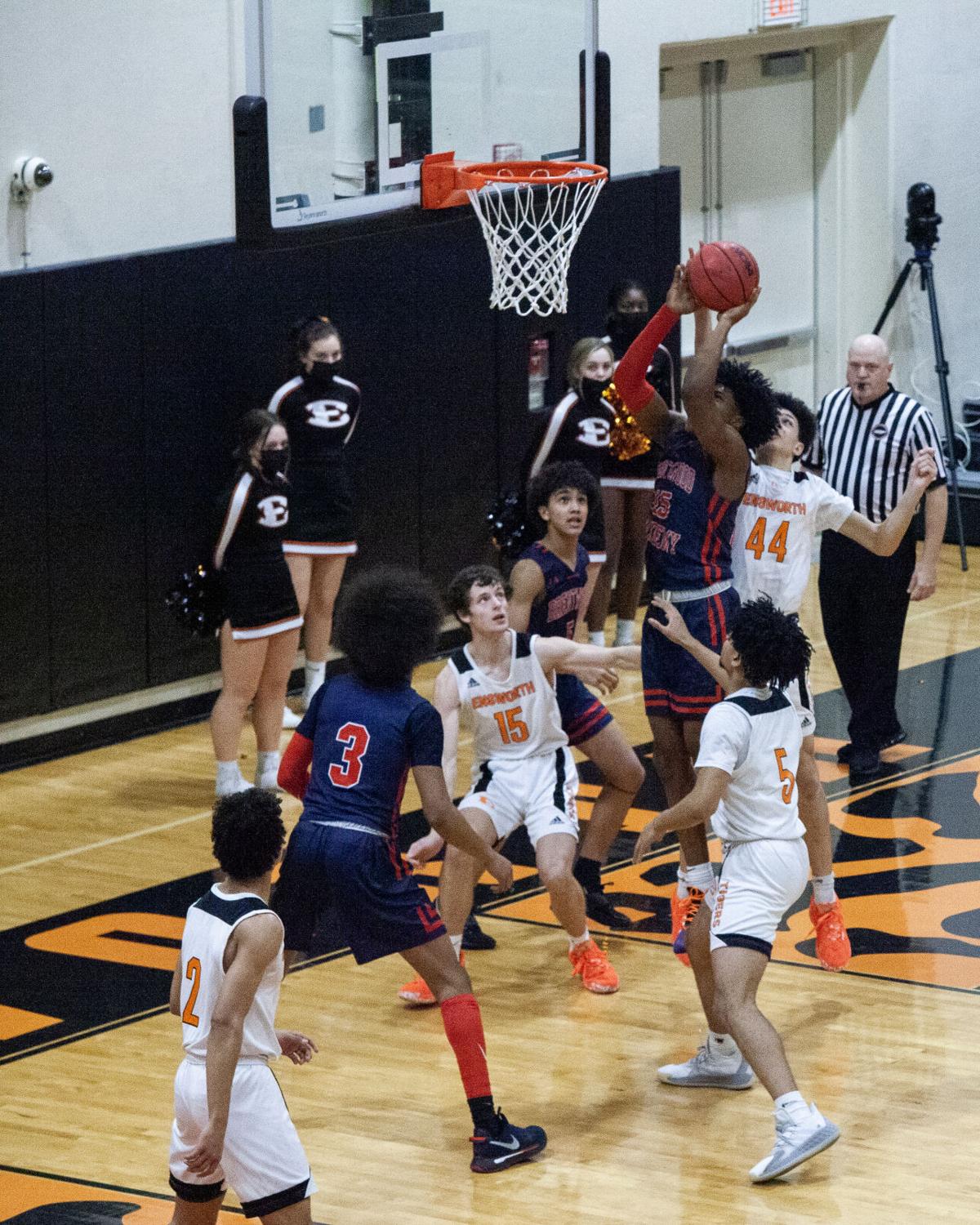 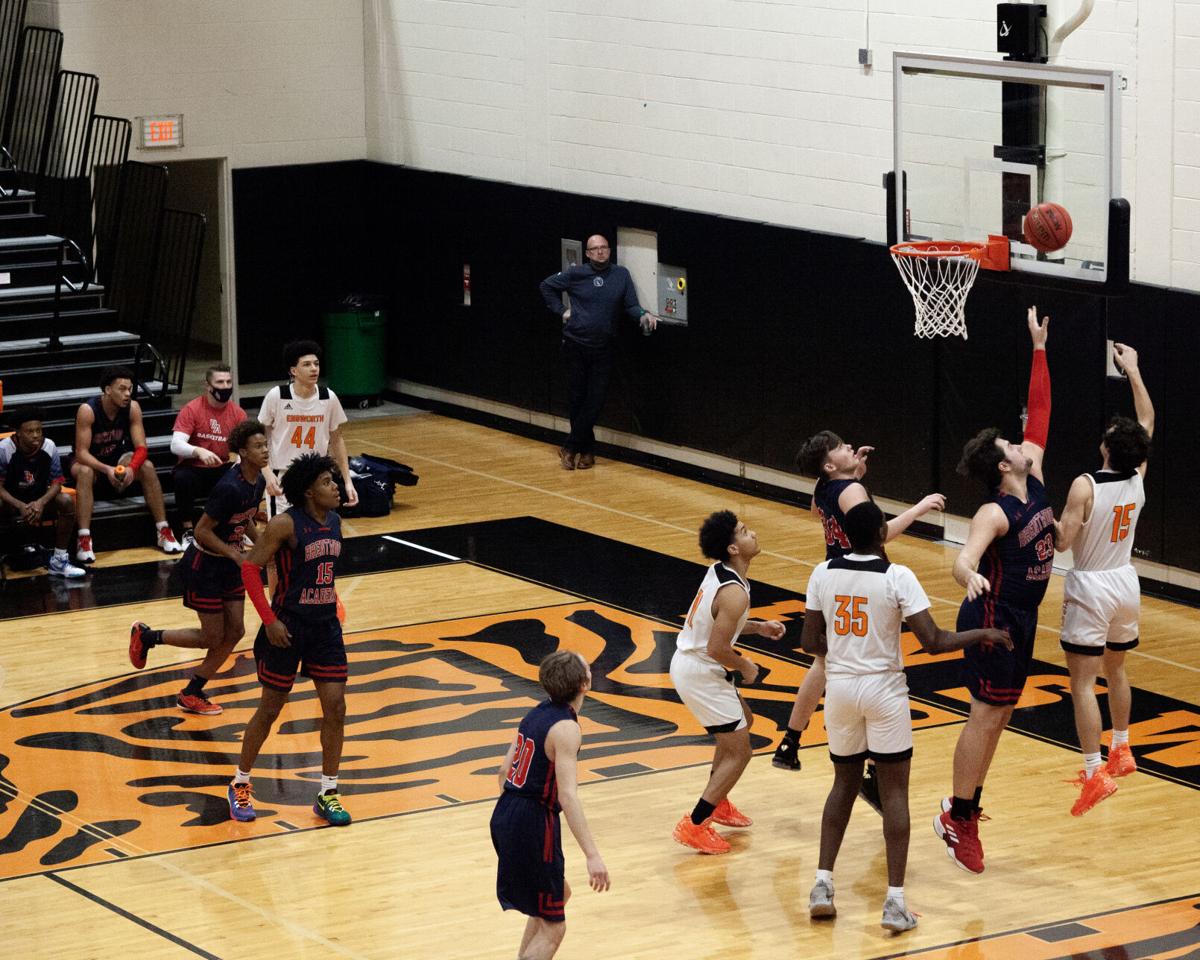 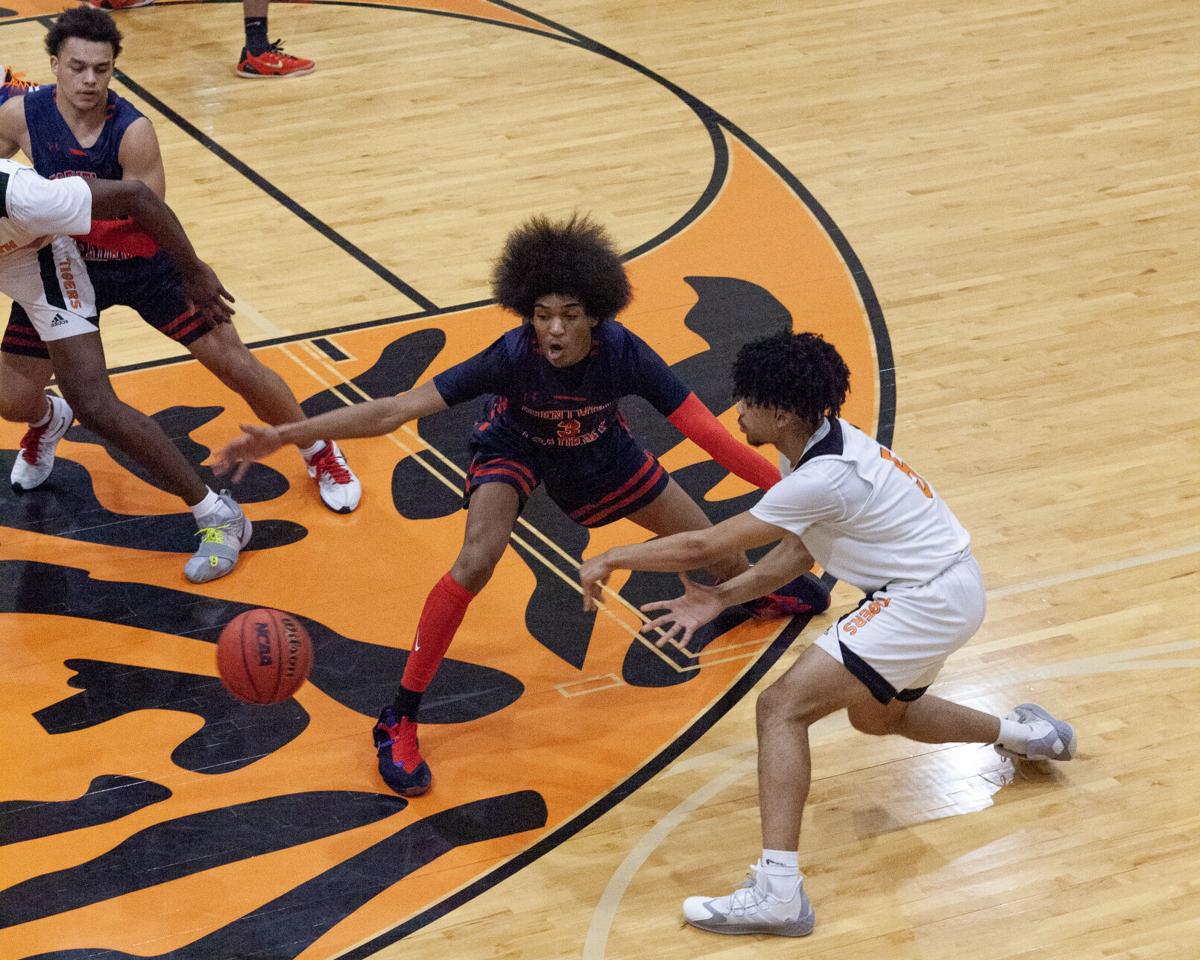 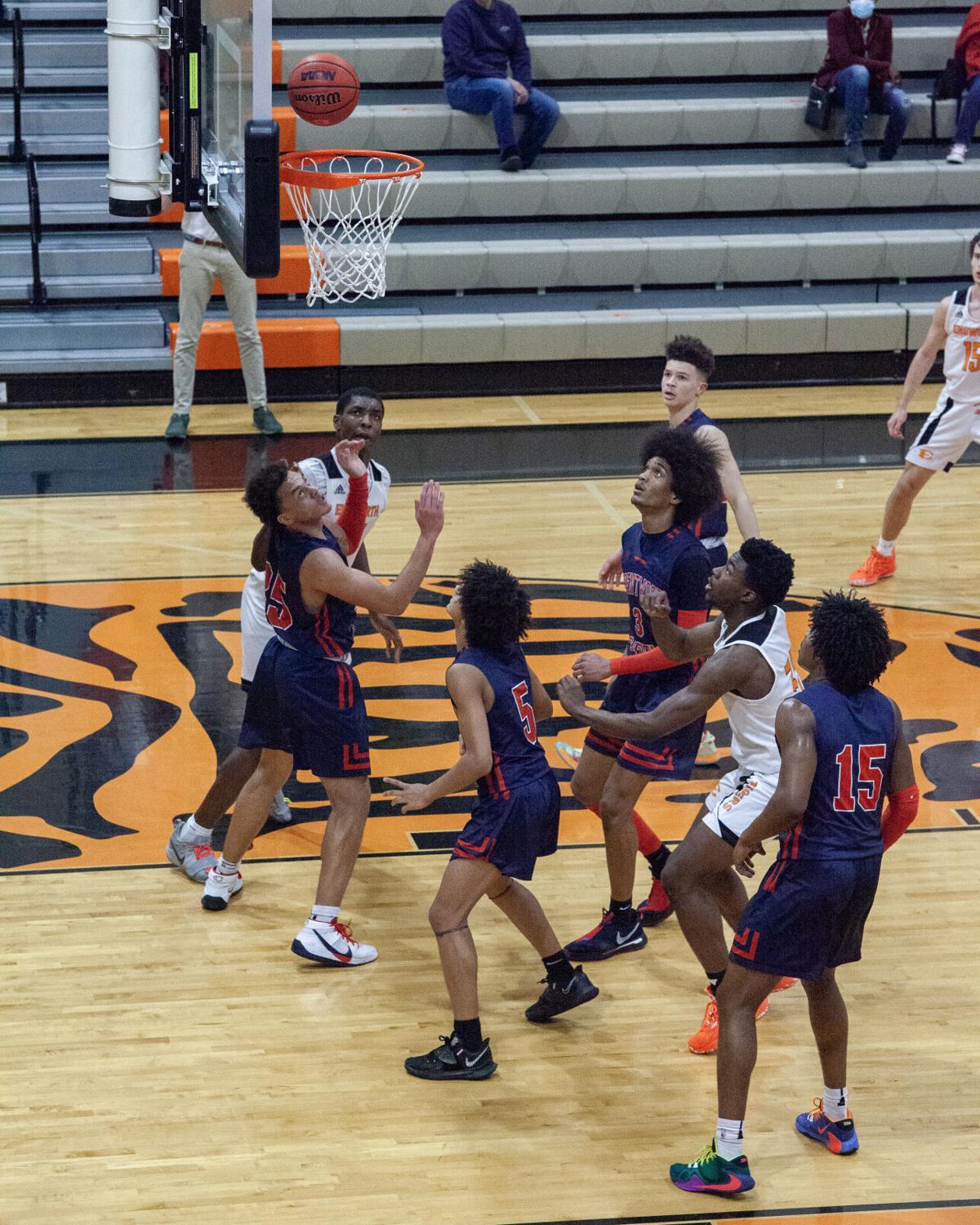 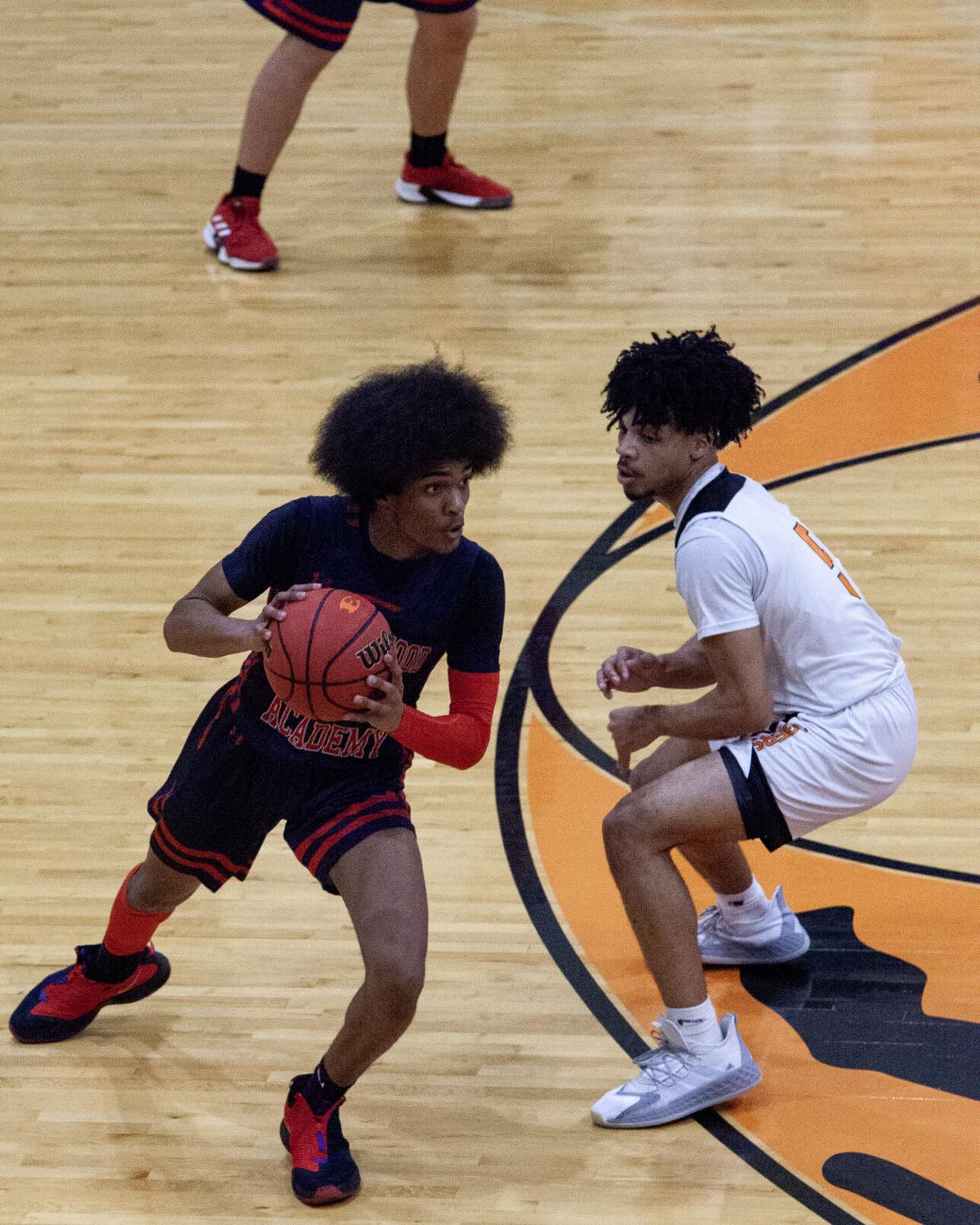 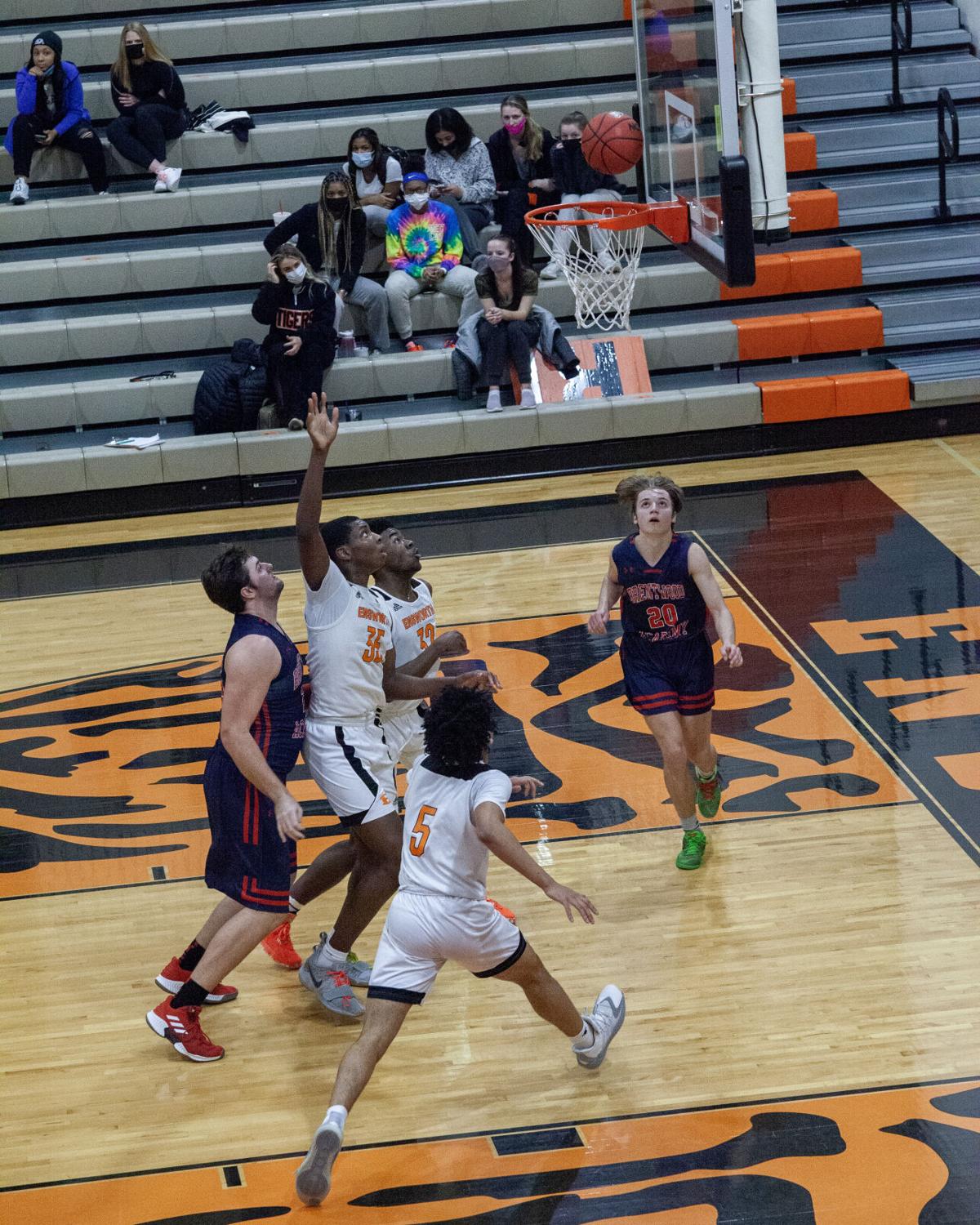 “It is a good win for us, especially when you lose a league game Tuesday night that you felt like you should have won,” said Brentwood Academy head coach Matt Hoppe. “We got back to things that we normally do defensively. Anytime you can go into Ensworth and get a win, it is a big one, because it is a tough place to play.”

“We did not handle the ball particularly well,” said Ensworth head coach Ricky Bowers. “They were more physical than us. You win contests when you are the most aggressive team.”

In the first quarter, Brentwood Academy got the early lead with 3-pointers from junior Trent McNair and freshman Tyler Tanner to go ahead in the frame, 17-12.

The Eagles took a slight edge into halftime 33-30 with McNair and Tanner continuing to sizzle from behind the arc.

In the third quarter, Brentwood Academy used a balanced scoring attack in the paint and from downtown by McNair, Tanner, senior Caleb Brooks and junior DJ Senter to extend the Eagles lead 48-42.

The Eagles powered their way to victory in the fourth quarter with layups, free throws, and long-range shots by McNair, Tanner, Brooks and Senter.

Brentwood Academy held Ensworth to 54 points in the contest.

“We had good positioning and effort,” said Coach Hoope. “We tried to get our guys in the right spot helping each other out, on and off the ball.”

The Eagles leading scorers were McNair with 18 points, Brooks with 17, Tanner with 15 and Senter with 10.

“Those guys have been playing together for a while, so they trust each other,” said Coach Hoope. “They share the ball well and try to attack the defense.”

Malik Dia with 18 and Tony Gaines with 15 were the point leaders for the Tigers.

Ensworth will take on MBA next Thursday.

“I hope we play with a greater level of tenacity, intensity and physicality,” said Coach Bowers. “If we do that, we are going to be a better team.”

Brentwood Academy will take on Lipscomb Academy on the road next Tuesday.

“I want to see defensive intensity,” said Coach Hoope. “Our communication and positioning is getting better. Offensively, we need to continue to do what we do. All the teams in our league are tough. Playing at Lipscomb Academy will be a tough challenge for us.”