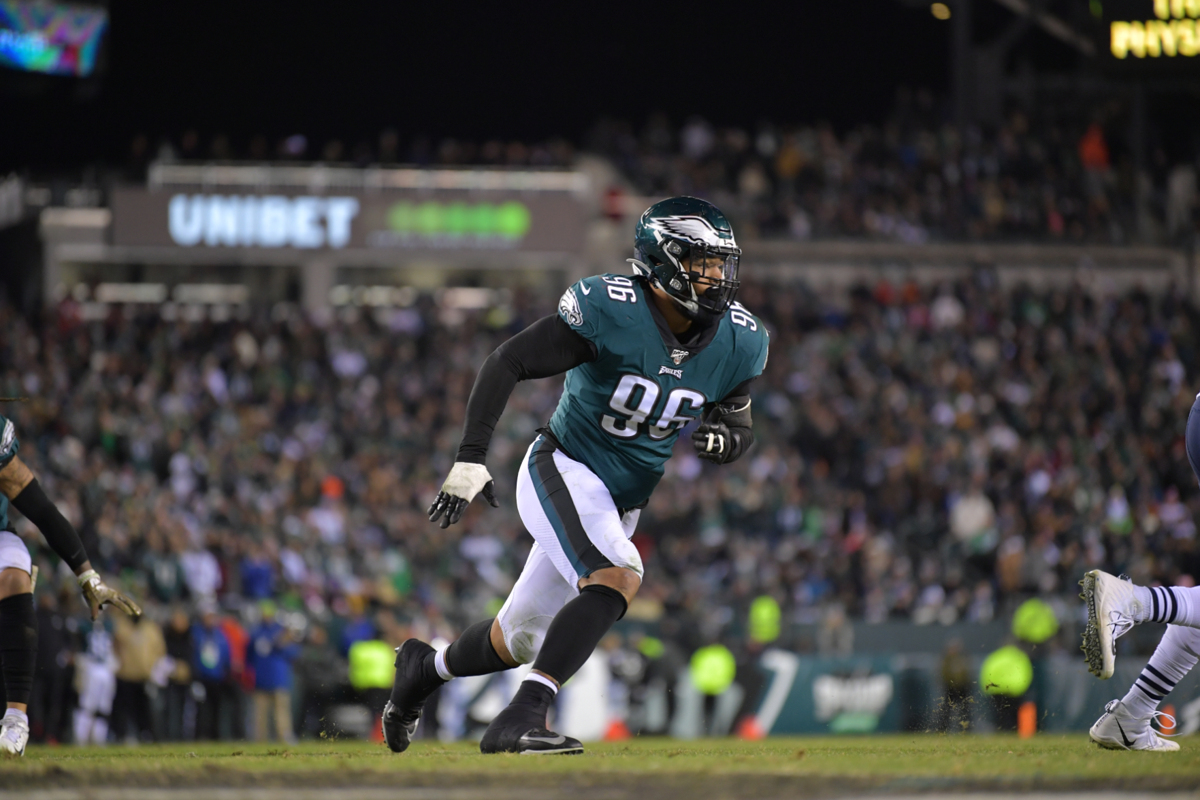 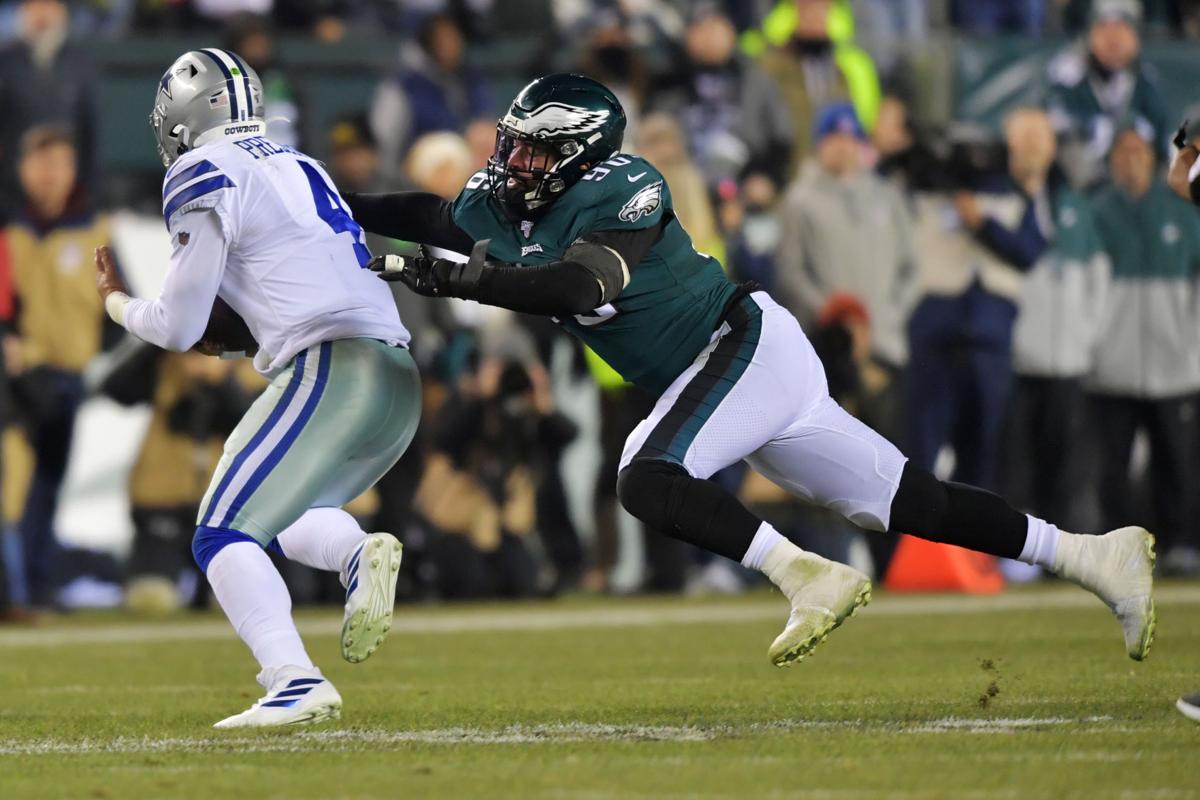 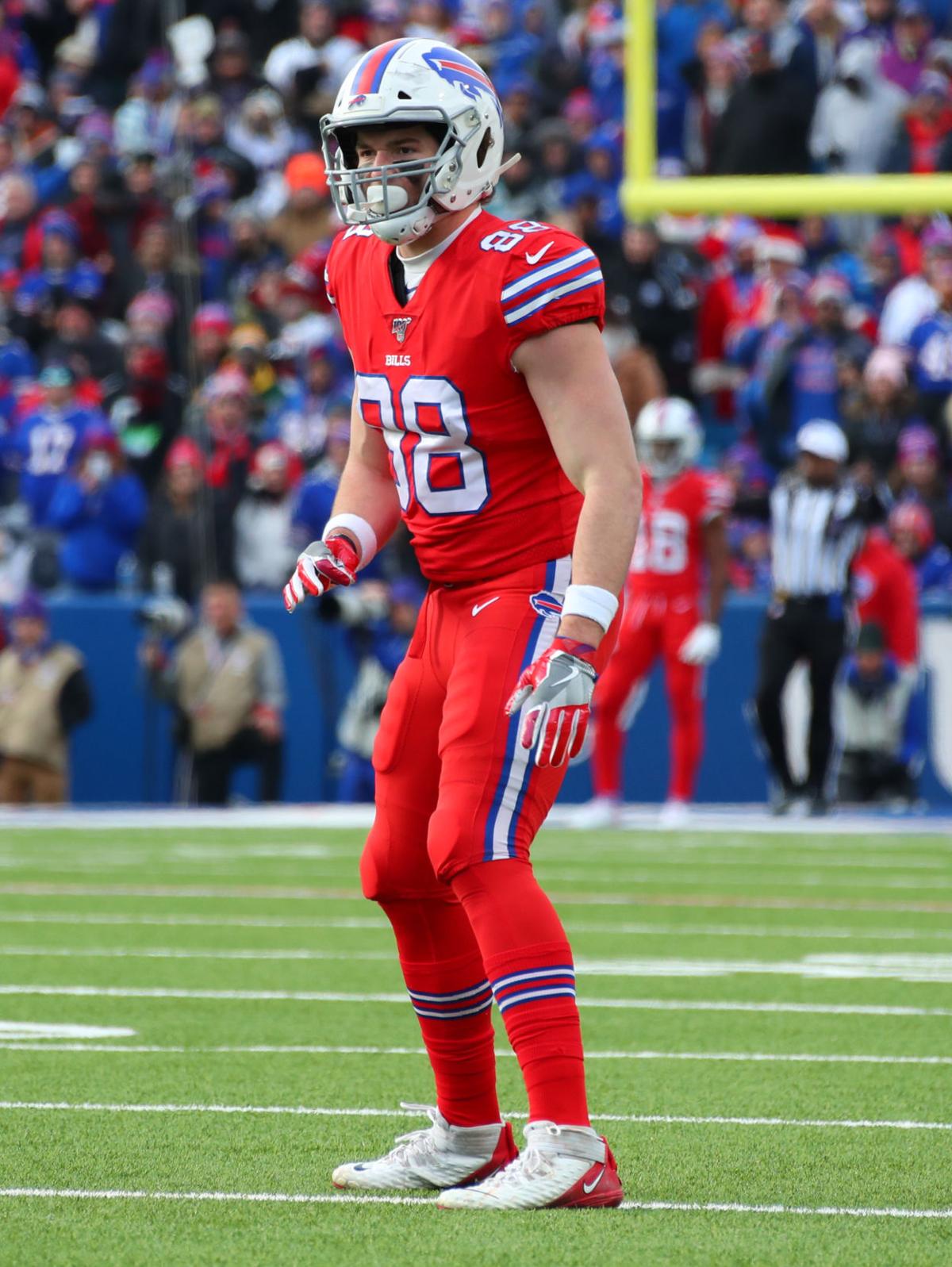 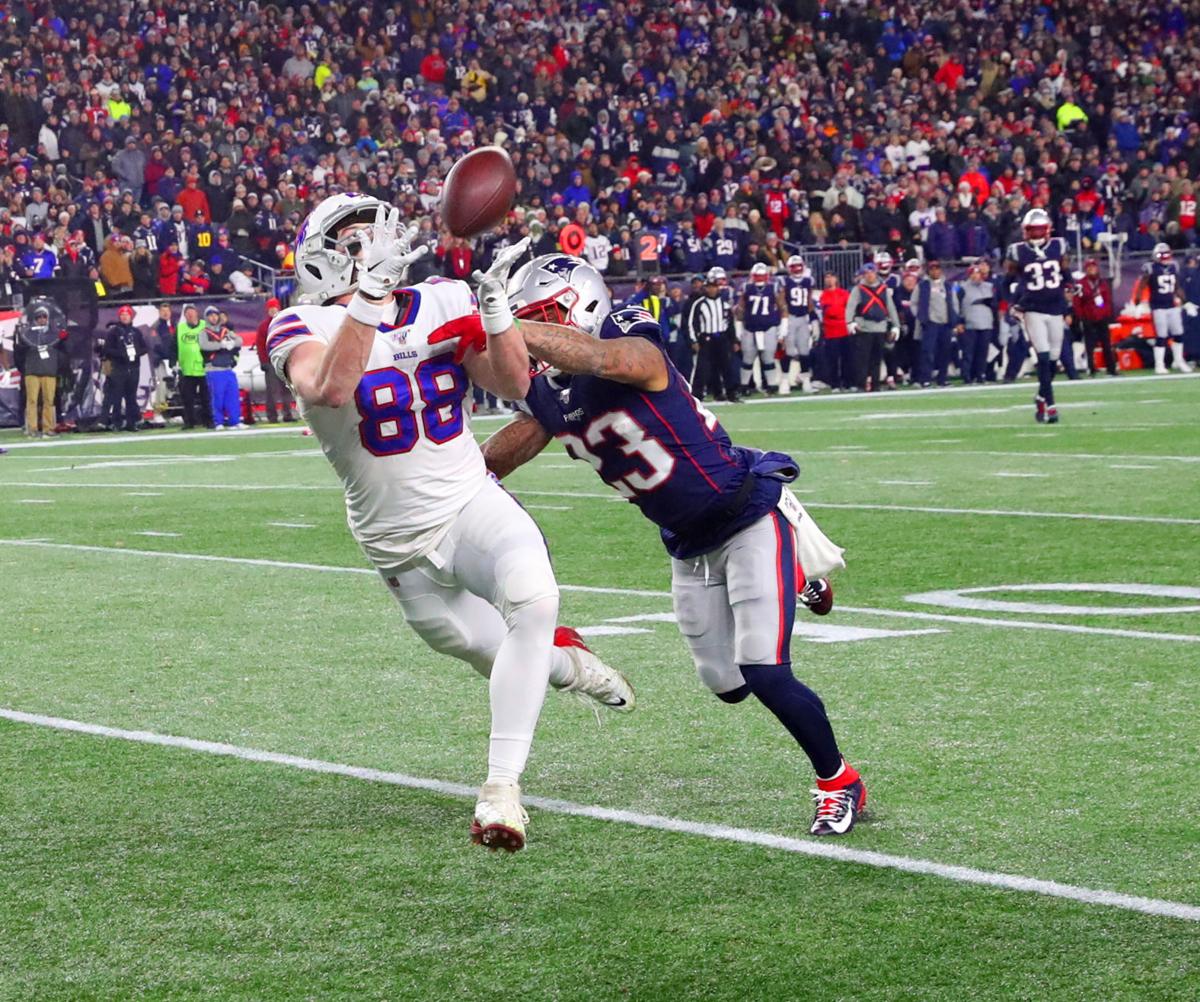 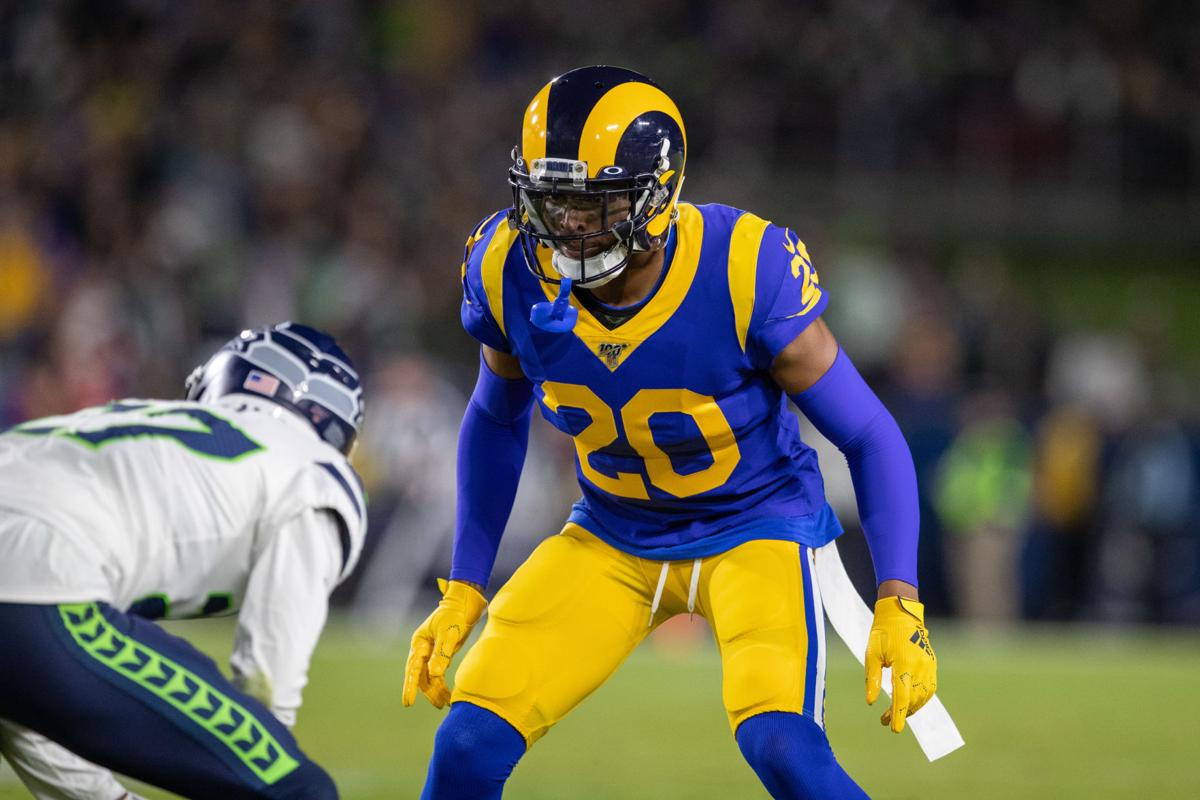 Cornerback (20) Jalen Ramsey of the Los Angeles Rams against the Seattle Seahawks during the Rams 28-12 victory over the Seahawks in an NFL Week 14 regular season game, Sunday, December 8, 2019, in Los Angeles, CA. (Jeff Lewis/Rams)

Cornerback (20) Jalen Ramsey of the Los Angeles Rams against the Seattle Seahawks during the Rams 28-12 victory over the Seahawks in an NFL Week 14 regular season game, Sunday, December 8, 2019, in Los Angeles, CA. (Jeff Lewis/Rams)

Cody White doesn’t watch a lot of NFL games, but he will occasionally when a former player is in one.

Barnett is a third-year defensive end with Philadelphia, Ramsey a fourth-year cornerback with the Los Angeles Rams and Knox a rookie tight end with Buffalo. All three were starters this season.

“We were fortunate to have some really good athletes that went on to good schools and were developed there,” said White, the BA coach. “I think it speaks more highly of Nashville. I think if you looked at it per capita there are quite a few kids playing that are just from around this area, so it’s a pretty neat deal.”

Another former BA player, cornerback D’Montre Wade, was on Kansas City’s practice squad last season. He was cut in August.

Ramsey, a three-time pro Bowl selection and the No. 5 pick in the 2016 NFL Draft, was traded from Jacksonville to Los Angeles in mid-October.

“When the lights flip on in a big moment, he kind of changes to another gear,” White said. “He loves the competitive spotlight part of it.”

In his senior year, Ramsey won the 400 despite a hip injury.

Ramsey can dunk with ease in basketball.

“Jalen is the best athlete I’ve ever been around, honestly,” White said. “There’s not one thing that he can’t do. Anything he wanted to do; he was good at it.”

Ramsey (6-1, 208) has 10 career interceptions in the NFL, where he is one of the league’s top pass defenders and trash-talkers.

He won a national championship as a Florida State freshman in 2013 and was an All-American two years later.

The Rams (9-7) finished third in the NFC West this season after making it to the Super Bowl last year.

“Quiet, unassuming, uber talented and really intentional about working at being a good player,” White said of Barnett.

One of Barnett’s best games at BA came during his senior year against Memphis University School in the 2013 opener.

“(MUS) had that big tackle and I think he ended up going to Tennessee maybe,” White said. “He was the second- or third-best tackle in the country, or first. I mean, he was huge and Derek just wore him out.”

Barnett recovered a Tom Brady fumble with less than two minutes left in Philadelphia’s Super Bowl win over New England in 2018 during his rookie year.

“He made that big play and that kind of sealed it,” White said. “That was pretty special.”

Barnett was the 14th overall pick in the 2017 NFL Draft and made the Pro Football Writers Association All-Rookie team later that year.

In 2016, he broke the Tennessee career sack record with 33. Pro Football Hall of Famer Reggie White, a former Eagle, held the old mark with 32.

Barnett’s work ethic comes from his mom, Christine, who has worked three jobs, including one at a UPS warehouse, to support her three children.

He helped lead the Eagles to the NFC Wild-Card Game, where they lost to Seattle three weeks ago.

Knox (6-4, 254) finished second among rookie tight ends with 388 receiving yards and fifth in receptions (28) although he did have six drops this season.

He played quarterback at BA, where he broke his ankle during the opener of his senior year against MUS. He missed the rest of the year.

“It’s a cool story and it’s kind of sad, too,” White said of Knox overcoming adversity.

Knox earned an academic scholarship at Mississippi, where he walked on.

“He went over there and they moved him to tight end, and the rest is history,” White said. “He was a really good player. It’s a pretty neat story, somebody that just sticks to something.”

Knox was a 5-11, 180-pound junior at BA before a quick growth spurt made him much bigger a year later.

He was nicknamed Rambo this season for a brutalizing run after making a 49-yard catch from Josh Allen in a win over Cincinnati in week 3.

Knox stiff-armed Bengals defensive back Shawn Williams to the ground before steamrolling safety Jessie Bates III along the sideline.

Knox never scored a touchdown at Ole Miss, but he reached the end zone twice for Buffalo this year. His 1-yard TD reception from Allen against the Bengals was his first score since his junior year at BA in 2014.

He helped lead the Bills to the AFC Wild-Card Game, where they lost in overtime to Houston.