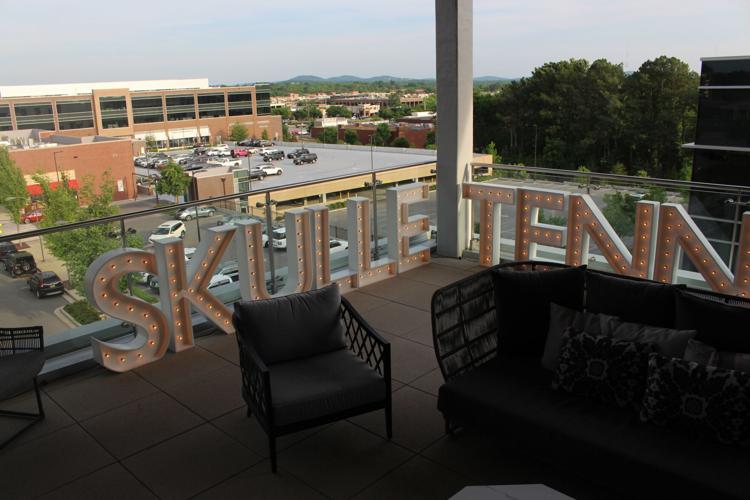 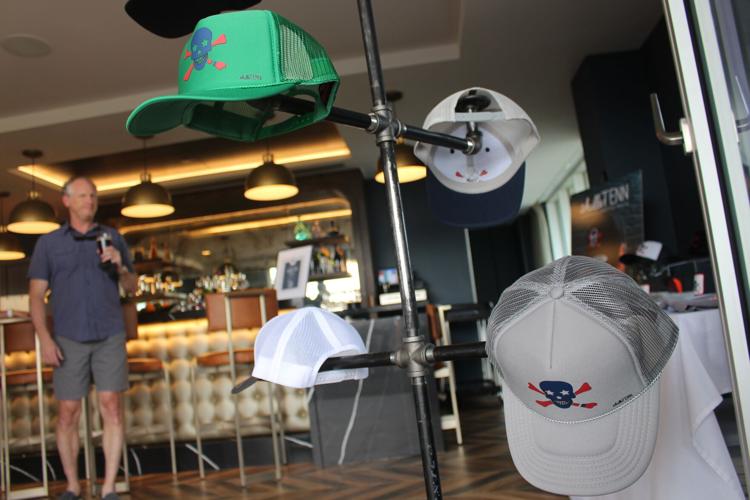 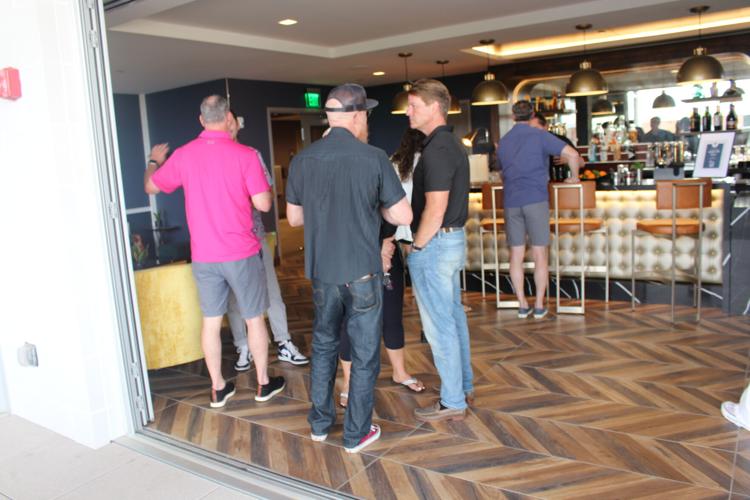 Overlooking Hill Center Brentwood’s retailers from the newly christened hotel’s posh, semi-outdoor bar and balcony, the SkulleTenn brand hosted its official launch party Thursday evening. The Stranaks invited people for drinks at the bar and handed out free swag. The shirts and hats onsite, among other items, featured their innovative logo inspired by the state flag, which John came up with while stuck in traffic.

He was driving on Franklin Road when he “saw one of the Tri-Star stickers on the back of a car that happened to be perfectly aligned with the eyes and nose of a skull, and then on the car beside it, I saw a skull and crossbones. So I married the two together in my mind, got home and just sketched it out really quickly and then ran it by the family,” Stranak said.

His family was not entirely onboard with his new business idea until they saw his rendering reimagined by a graphic designer. Now, however, Sarah runs much of the operation, according to John.

John Stranak kept his “real job” as a vice president at Graebel Companies, Inc., which is based in Denver, Colo. Since the company showed no signs of returning from its remote-work policy after the quarantine that started mere months after he took the position, the Stranaks moved to Brentwood from which they both have extended family no more than two hours away — John a Tennessee native and Sarah from Kentucky.

As far as starting a business is concerned, they took it from the top. They started with hats.

On top of pandemic economics, the war in Ukraine and other factors have yielded significant supply chain disruptions for so many industries. This presented challenges as the family started building its supply chain during those complications. The SkulleTenn trucker hat is a prime example of those challenges with its shape and form being the model of a preexisting manufacturer. It was Stranak’s favorite kind of hat, so he had to figure out how to get enough blank units to start his business.

“This occurred probably back in August, and that’s when supply chains really were beginning to experience what they’ve been doing for quite some time. So I would get online and try to figure out where I could find blanks,” Stranak told the Home Page. “I started ordering as many as I could. At times, I might find one day that two colors came online, and I had to just order them. If I didn’t, they were going to be gone. […] So we slowly, slowly built some inventory.”

Saving grace presented itself when a friend of Stranak’s here in Tennessee filled a manufacturing gap with his own company. The friend was unable to acquire more units of that specific hat type at first but consented to work with the ones Stranak had already acquired despite it not being consistent with his business model. He helped because Stranak was a friend, and now, every part of the SkulleTenn supply chain is local to Tennessee. The Stranaks made a point of supporting as many local businesses as possible.

As of launching, the supply chain disruptions have moved out of SkulleTenn's way, which is partly attributable to its Tennessean business partners.