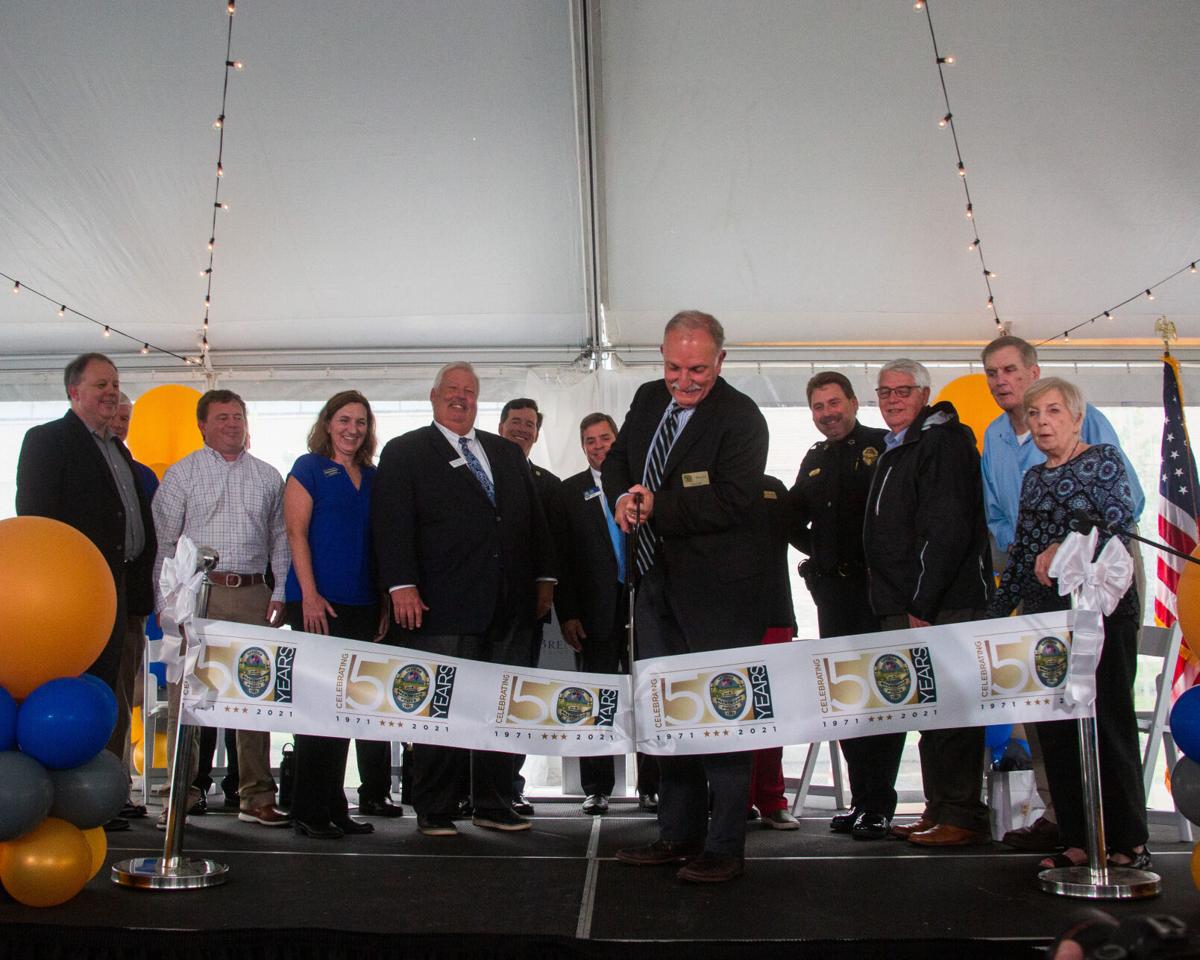 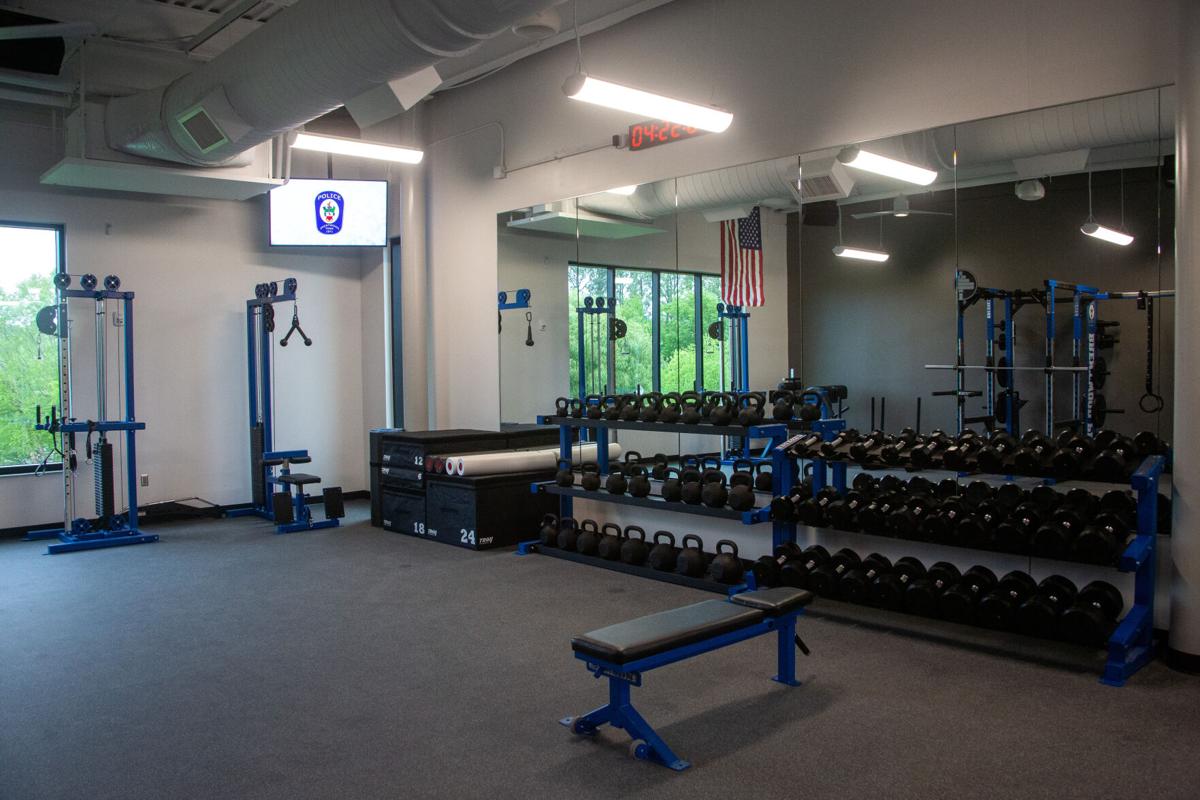 Recreation room inside of the new BPD headquarters. 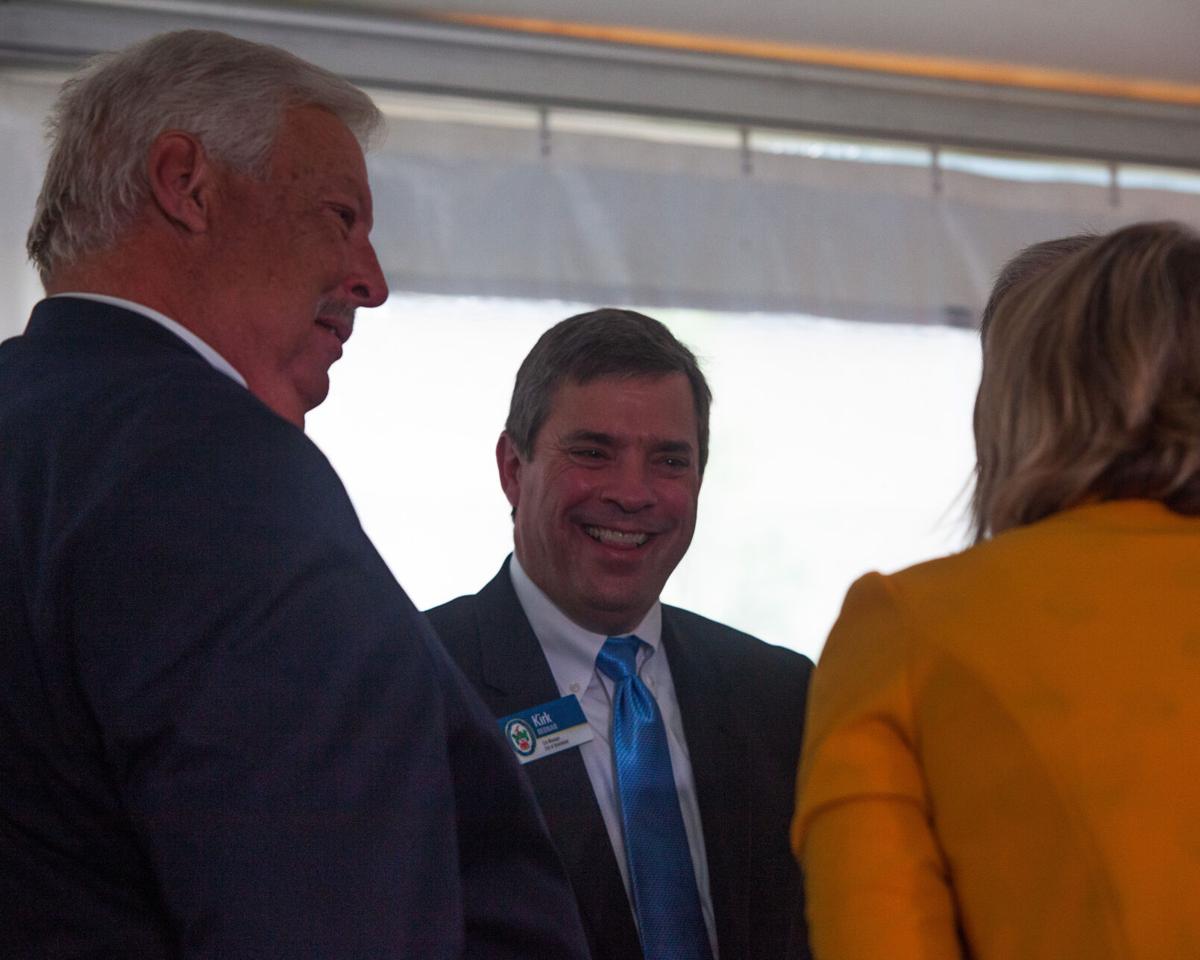 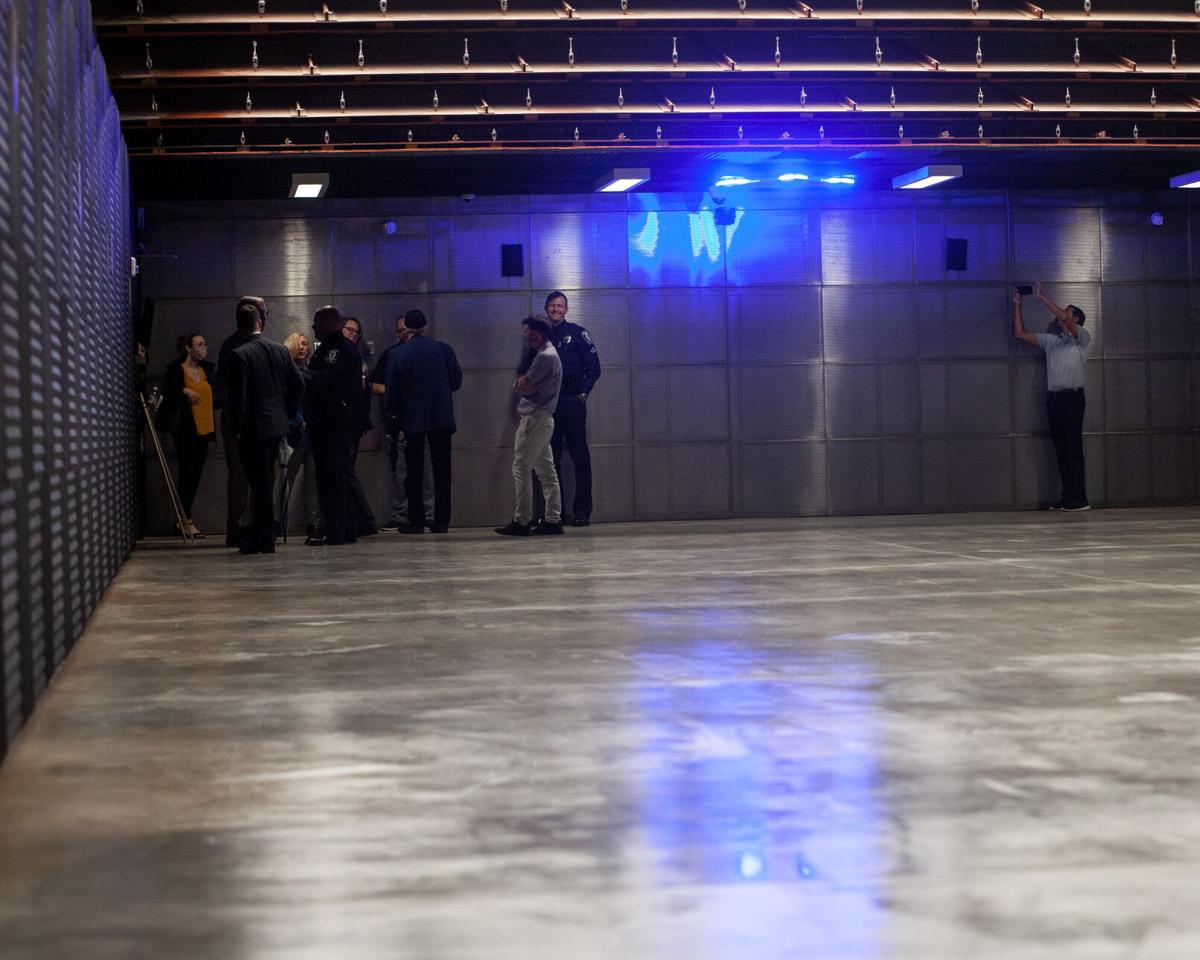 Inside view of BPD's new police headquarters firing range from the perspective of the targets. 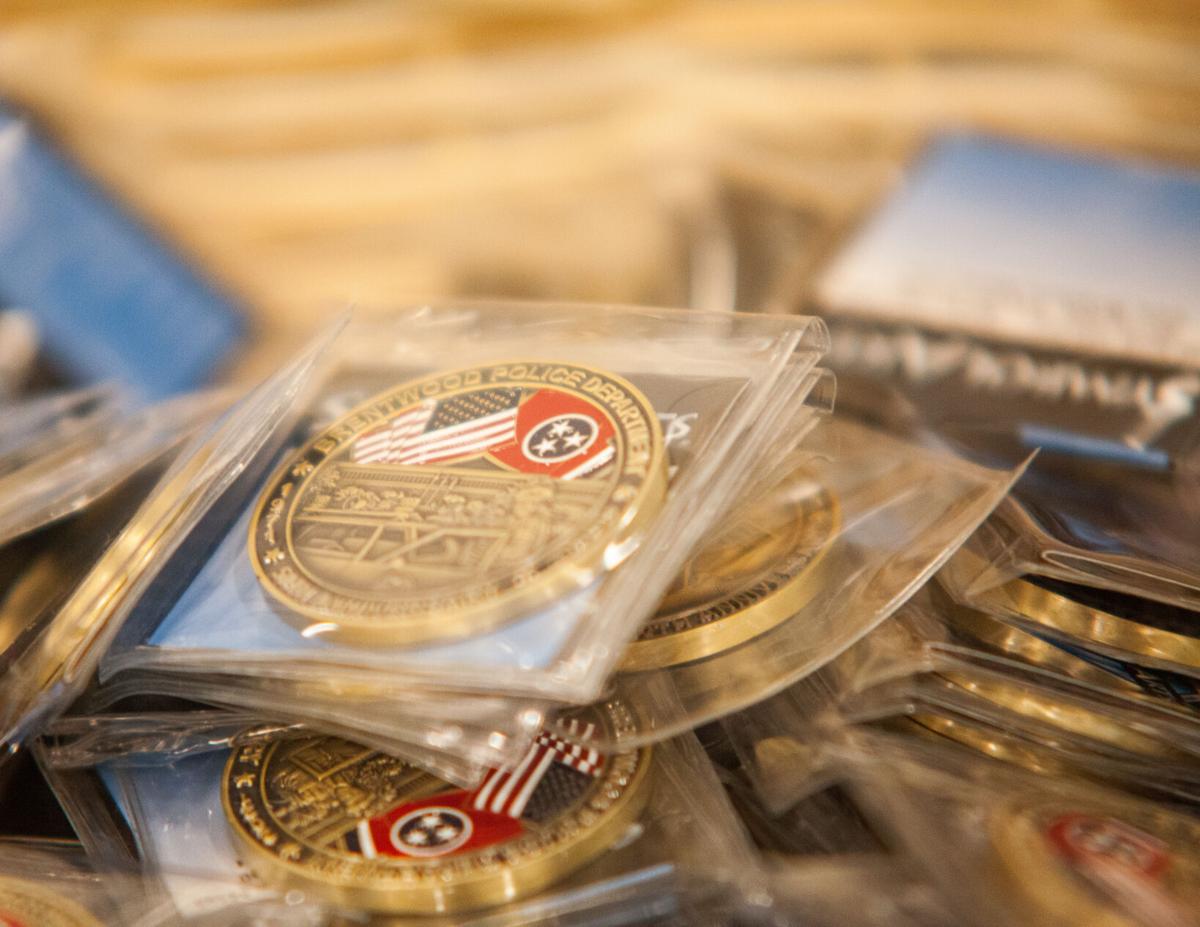 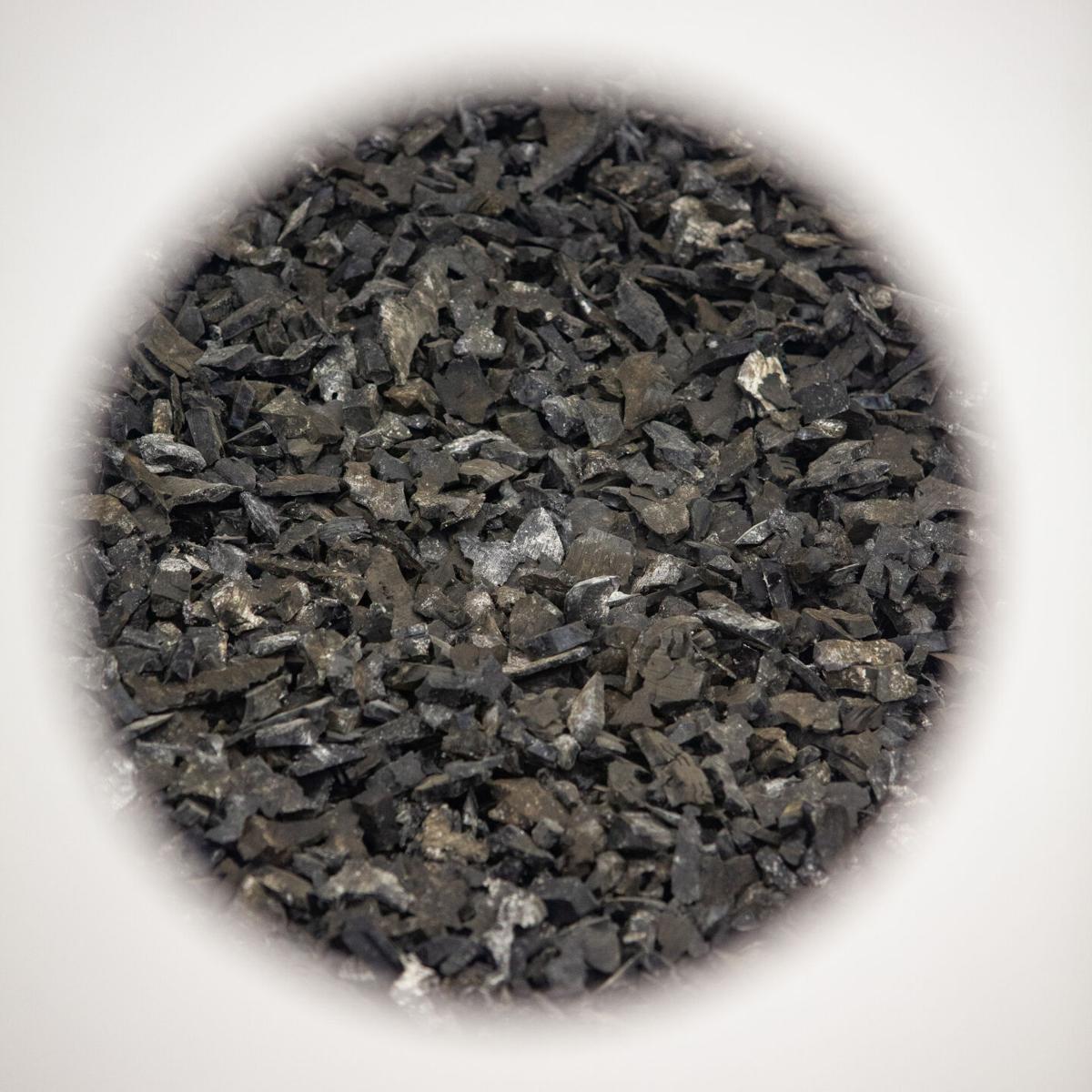 A view of the indoor firing rand backstop through a paper target. 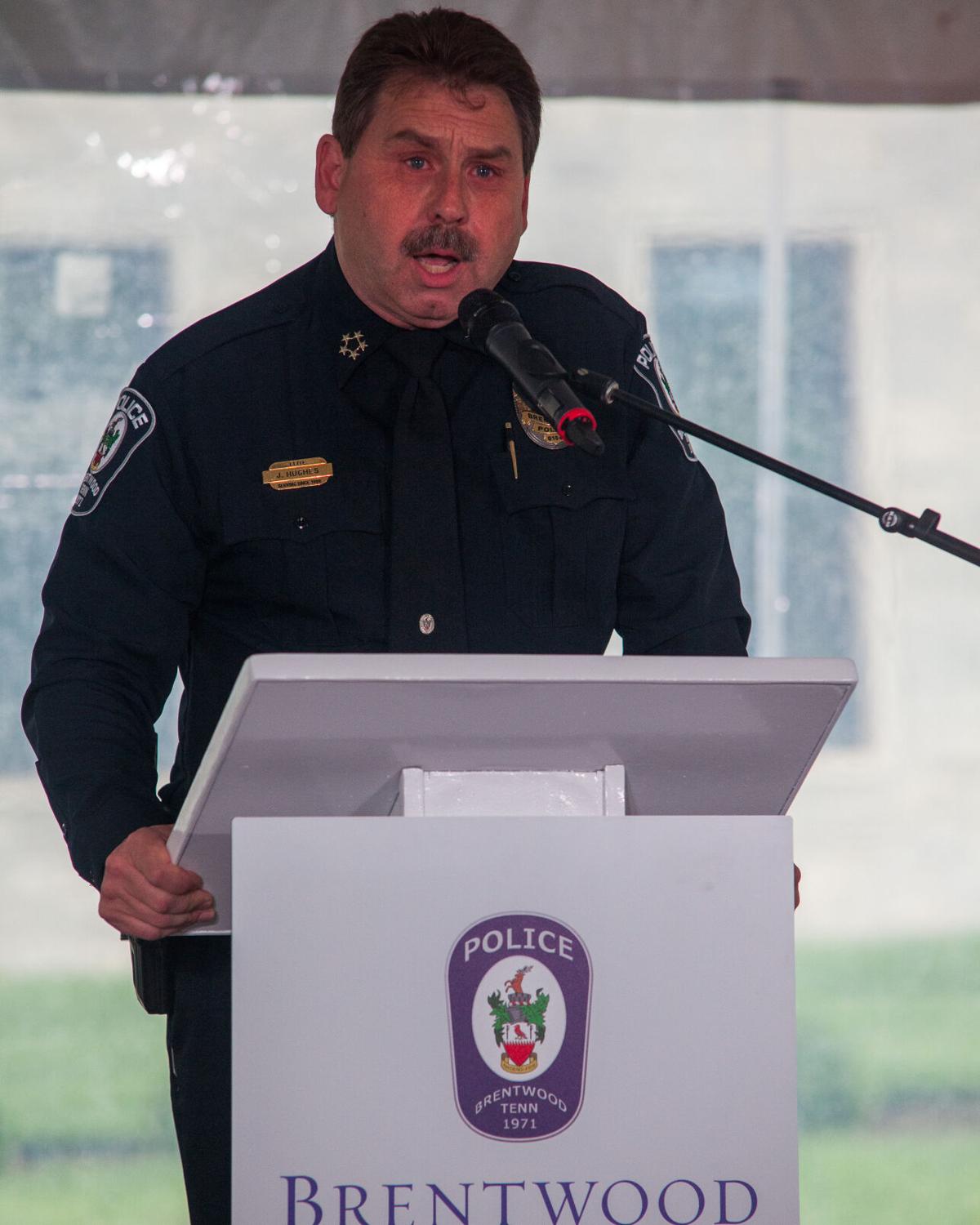 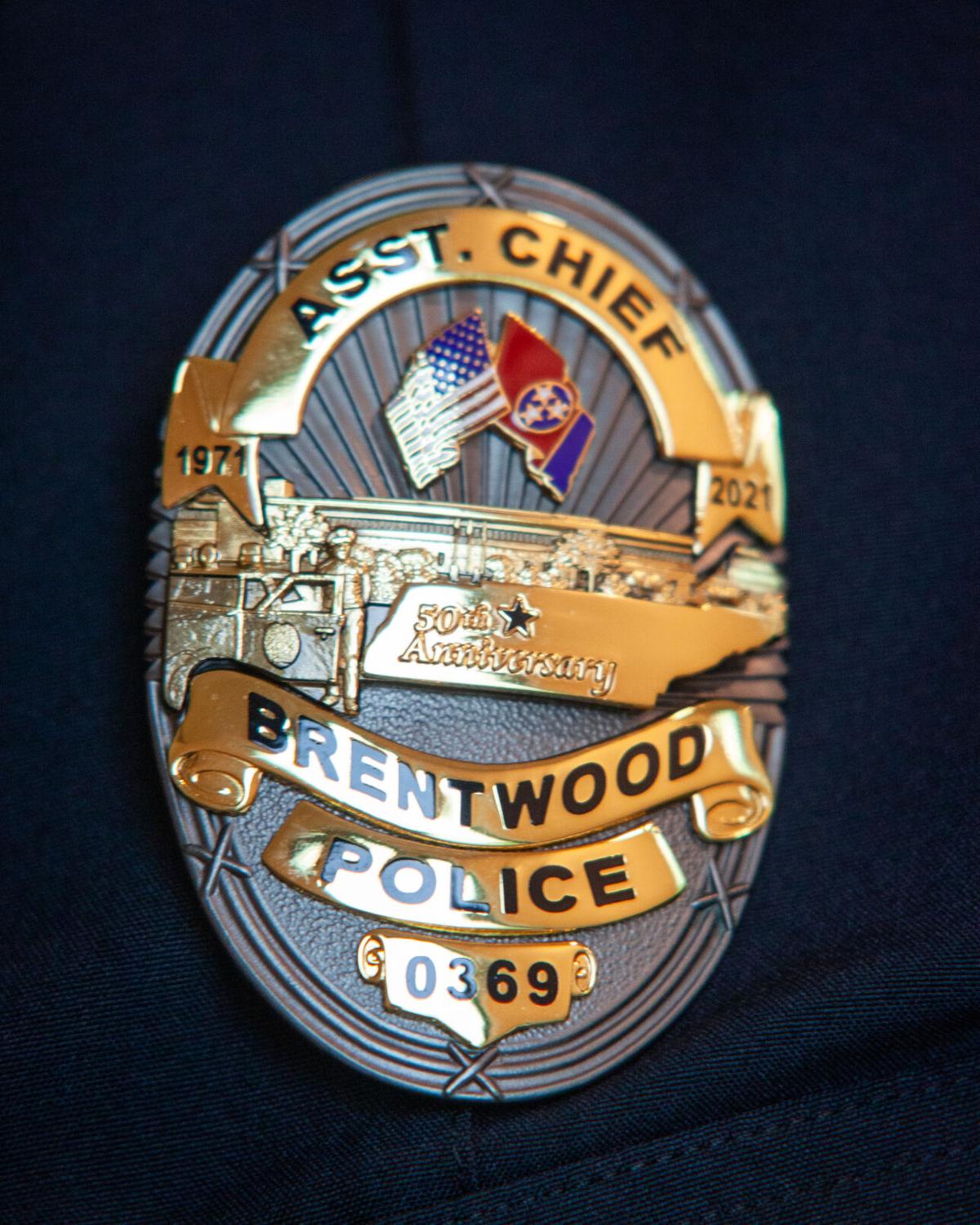 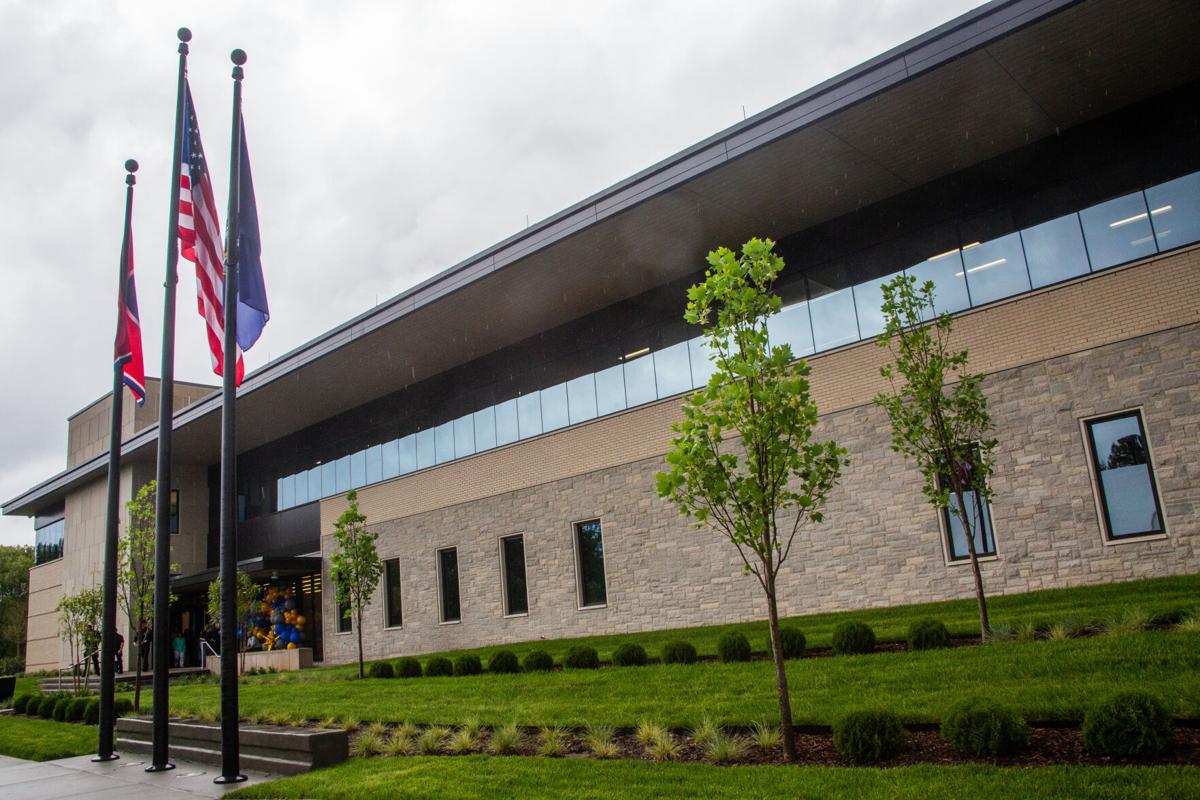 The new Brentwood Police Headquarters as seen during the grand opening event on April 29, 2021. 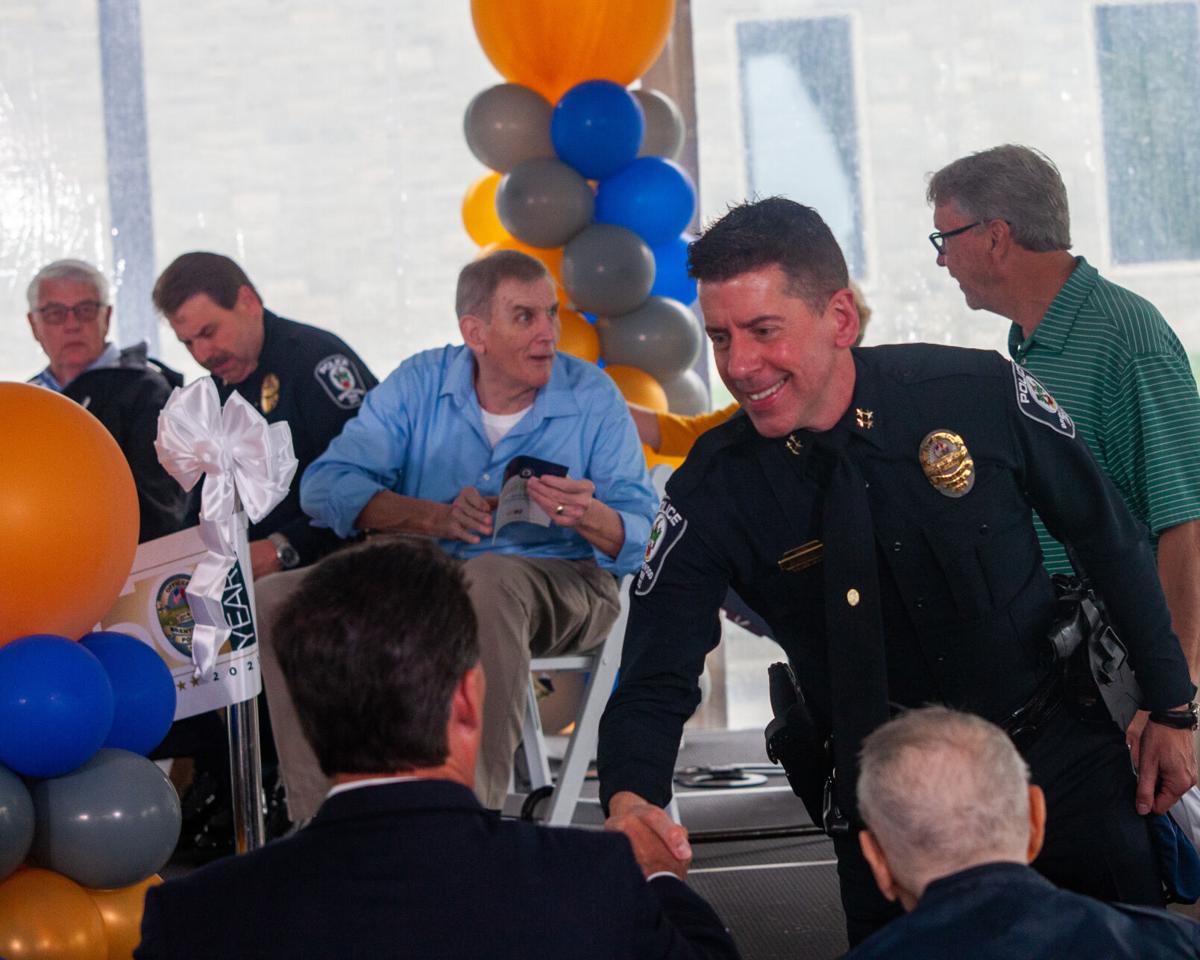 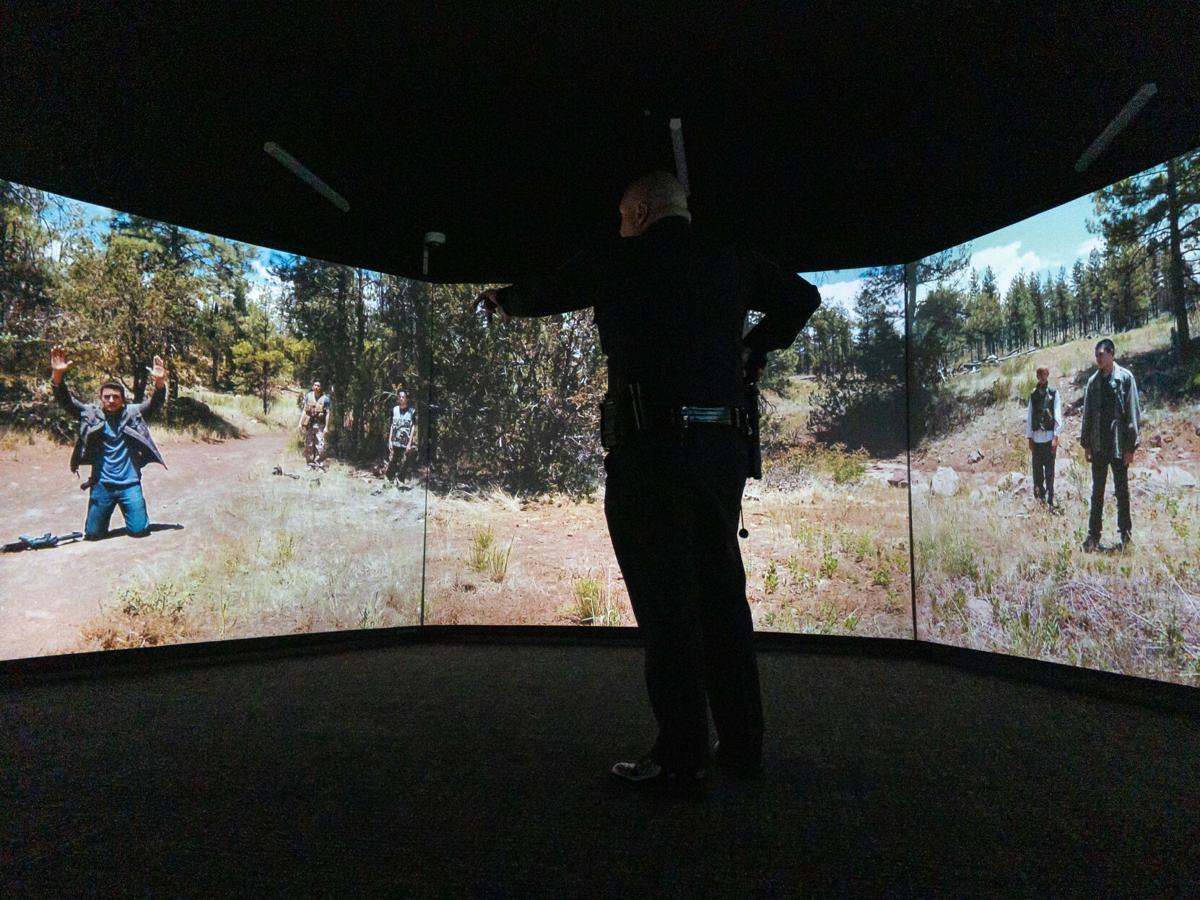 Recreation room inside of the new BPD headquarters.

Inside view of BPD's new police headquarters firing range from the perspective of the targets.

A view of the indoor firing rand backstop through a paper target.

The City of Brentwood held a ribbon cutting celebration for their new 56,000-square-foot police headquarters on Thursday, marking a new chapter for public safety in the city.

"This building coming together is really the last piece of a much greater vision that those folks had at that time, so we need to recognize that this is a long time coming," Bednar said, recognizing the foresight of city representatives and staff who oversaw the purchasing the property in 1999.

Chief Hughes recognized and honored those who helped see this project to completion, especially the work of Bednar, as well as the companies who designed and built the state-of-the-art facility.

"Today we are celebrating the grand opening of a building, but much like any church without a congregation, this building would only be a structure if it were not for the phenomenal staff of people that comprise this department," Hughes said. "With a servant's heart these men and women serve with courage, compassion and empathy."

Hughes also recognized the leadership and service of Watson and all of the former and current officers who have served the city.

Numerous public safety and government agencies from across the county were represented including Brentwood's city commissioners and dozens of retired public servants who have helped to bring Brentwood to this milestone.

The city broke ground on the $29 million project in September 2019, marking the beginning of the city’s largest capital project to date.

The building includes expansions and upgrades in nearly every imaginable way over their current offices which operate out of the Maryland Farms complex next to City Hall.

This includes an expanded evidence room and armory, an in-house gym, classrooms and training rooms, server rooms, a secured tow lot, an indoor shooting range, a dispatch center, a community room that can be used for ceremonies and press conferences as well as serving as the city's traffic court, and numerous offices meant to fit the present and future needs for the department.

The event was livestreamed to the community, and can be viewed in full below.

The building is centrally located on Heritage Way and is also home to a bronze lion sculpture and a memorial wall which honors officers who have served with BPD for more than 20 years, as well as Brentwood's only officer to die in the line of duty, BPD Officer Destin Legieza who was killed in 2020.

A virtual tour of the new police headquarters can be viewed below.