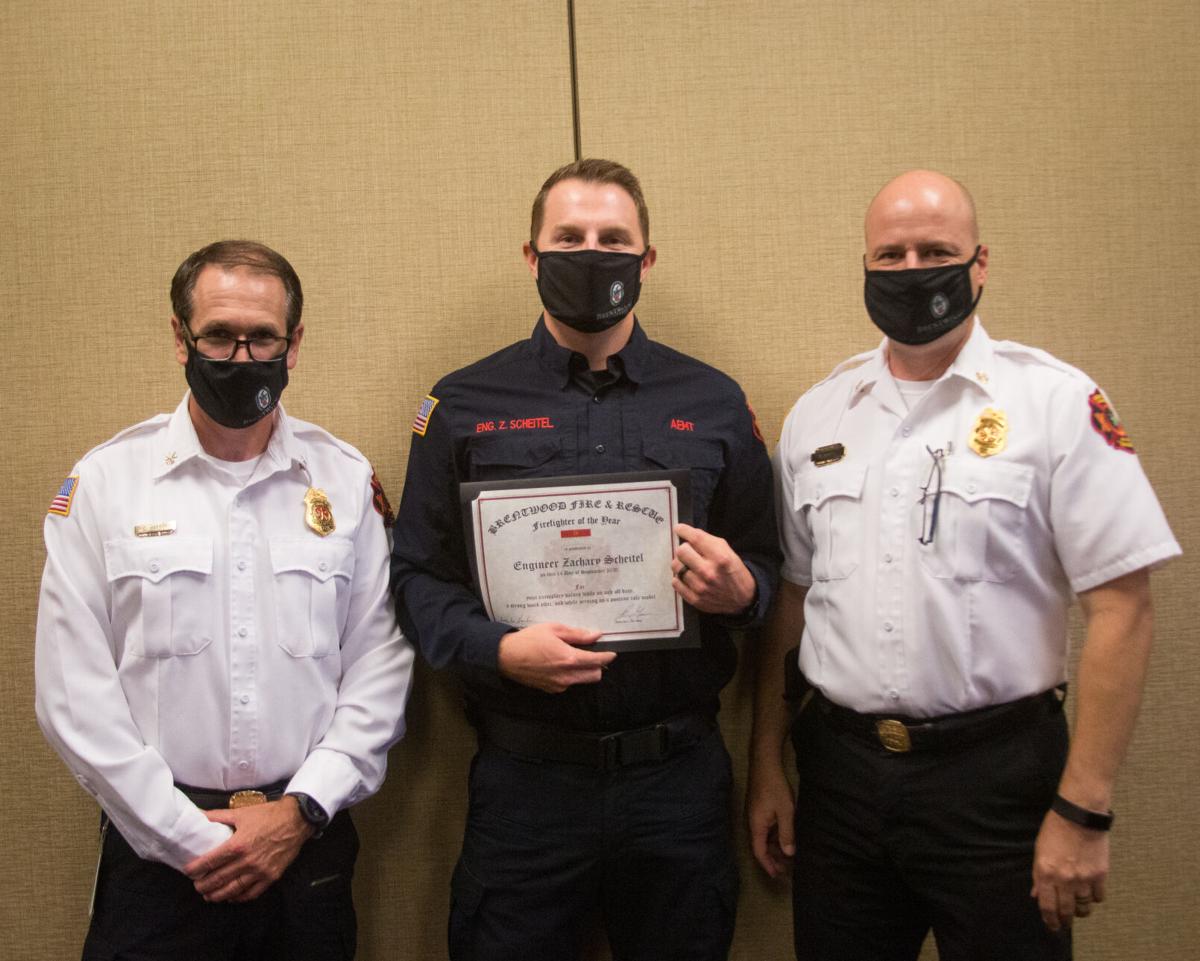 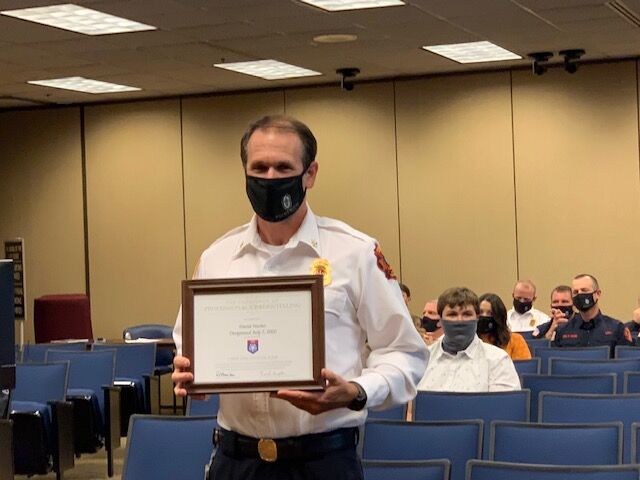 BFR Engineer Zachary Scheitel was honored with a certificate as Firefighter of the Year during the meeting where his dedication and wide variety of skills was highlighted as well as his work to help the department and city from hands-on physical improvements to facilities. He also helped in boosting training and exemplifying leadership.

"Zachary, or Zach as he is known by his friends, is a trusted resource for the completion of tasks that vary from building construction to technology improvements," Battalion Chief David Harber said. "Zach has been instrumental in completing projects that range from station upgrades and remodeling to developing data management tools for the PPE committee. Additionally, Zach has been an active member of the department by participating in various committees."

"Each project has resulted in a major improvement in the quality of life of our personal and enhanced the capabilities of these facilities," Harber added.

"Because of his seemingly endless skill set and his above and beyond contributions to the department, coupled with his outstanding daily actions, Engineer Zachary Scheitel has been selected as Brentwood Fire and Rescue's 2020 Firefighter of the Year," Harber concluded.

“Five of our officers, including Chief Harber, have achieved dual designations in two different areas, which is extremely rare,” Goss said.

Goss awarded Harber with a plaque during the meeting, and also recognized Lt. Williams, who was unable to attend the meeting due to illness.