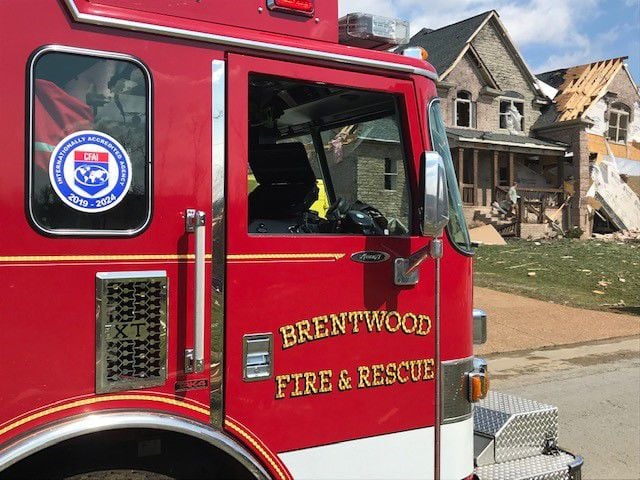 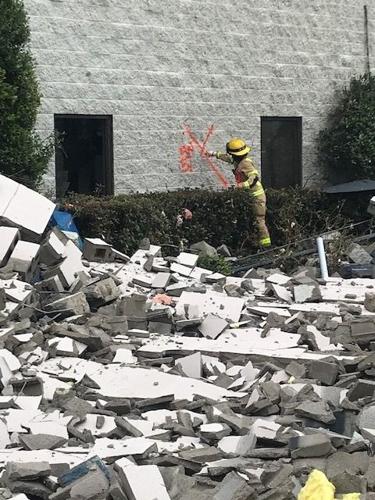 Brentwood Fire and Rescue responded to 376 calls for service from March 2 to April 12, according to a Facebook post by the department, which included mutual aid operations to both Nashville and Mt. Juliet after the March 3 tornado.

BFR detailed three incidents in its post, including its mutual aid response to both Nashville and Mt. Juliet at approximately 3:45 a.m. on March 3 after both areas were severely damaged by a large tornado that killed and injured multiple people in both municipalities.

According to the post, Engine 51 responded to Mt. Juliet and Squad 53 responded to Nashville with their Urban Search And Rescue trailer.

Upon arrival Engine 51 jointed a strike team with units from other Middle Tennessee fire departments to assist in responding to other calls in Wilson County including one possible structure fire.

Squad 53 reported to Nashville Fire Special Operations headquarters in East Nashville, and after their initial assignments both Squad 53 and Engine 51 conducted primary searches of several damaged structures for entrapped and injured occupants in each of their respective areas.

As buildings were cleared, BFR crews painted each one with a Federal Emergency Management Agency (FEMA) marking system to indicate the building had been search, and those operations went on throughout the day and into the evening of March 3 before strike teams were demobilized and BFR units returned to the city.

On March 11 at approximately 6:31 p.m. Ladder 53 was dispatched on a fire department assist for a person who was trapped in a vehicle.

Crews arrived on scene and found one uninjured occupant inside a vehicle that had run off the road and was balancing on a culvert and was close to rolling over.

Crews stabilized the vehicle in place and additional personal arrived and used jacks to secure the vehicle so the driver could safely exit without risking a rollover.

Once the driver was out firefighters assisted the tow truck operator with removing the vehicle from the culvert.

On March 26 at approximately 4:38 p.m. crews were dispatched to a gas line leak after a construction crew forklift became stuck in mud and damaged the line while attempting to free the vehicle.

Crews secured the scene, began air monitoring procedures and shut down the road to traffic while the gas company arrived to repair the break. No one was injured in the incident.