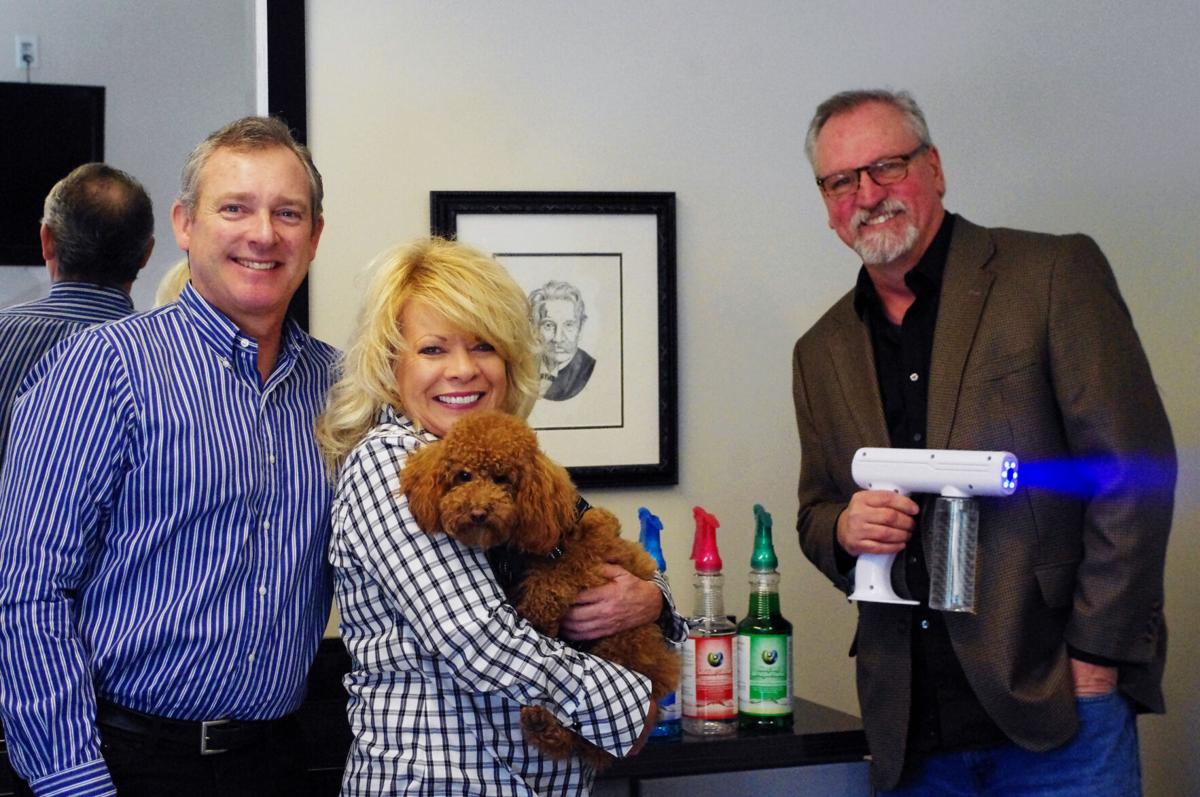 The GenEon Mist is designed for cleaning large open areas such as classrooms and medical facilities. 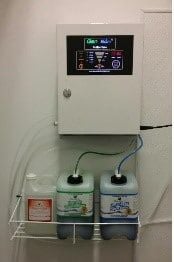 The Instaflow E-Water Generator is designed to allow for business, schools, restaurants and other larger businesses to produce up to 40 gallons of electrolyzed water every two hours.

While the Brentwood-based health services company BluCities launched a little over four years ago, it wouldn't be until just a few months before the coronavirus pandemic ravaged Tennessee that the company found a new calling.

Between 2017 and 2019, BluCities primarily provided odor removal services for home buyers. It was in December of 2019, however, that the company formed a new partnership with GenEon Technologies, a Texas-based cleaning product supplier.

While GenEon offers a number of different cleaning and disinfection products, the company is largely focused on the use of electrolyzed water: a mixture of salt and ordinary tap water that has an electric current run through it, creating a disinfectant that has been called "10 times more effective than bleach in killing bacteria."

Through the electrolysis process, a solution of hypochlorous acid and sodium hydroxide is formed, a mixture that is both safe enough to be used on food and more powerful as a disinfectant than bleach. Electrolyzed water is also inexpensive to produce, costing just pennies per gallon.

So why isn't the use of electrolyzed water more widespread?

BluCities founder Matt Martin and CFO Chris Foley believe it's simply a matter of changing the perception of how cleaning is done.

"This is an absolute paradigm change"

Martin and Foley explained that while electrolyzed water was extremely effective at killing bacteria, quick to apply and cheap to produce, there were drawbacks that essentially made the product inaccessible to everyday consumers.

Perhaps its greatest drawback is its incredibly short shelf life, meaning the solution can not feasibly be sold on store shelves. Even those wishing to order the solution on demand are susceptible to large shipping costs given that the majority of the solution is water.

The fix, Foley argued, was putting the tools to create the solution into the hands of users themselves.

"So the paradigm shift is, why do you run to the store so much?" Foley posed.

"In the current environment, they're backing up 55-gallon drums to a school every week, and what you're buying is over 99 percent water as well, so now you're paying huge freight charges to just ship water. Well, why don't you make the product locally? That's the paradigm change."

Foley explained that BluCities' goal was not to compete with cleaning services, but rather to help set in motion a paradigm shift in how people and companies clean; i.e. by offering the tools to make disinfectants on the spot, disinfectants that can be applied faster and more safely than traditional cleaners.

BluCities offers the electrolyzed water generators to consumers, then trains individuals or staff on how to make and apply the solution.

Foley said that beyond the cost savings, however, the use of electrolyzed water could transform the speed and effectiveness at which disinfecting is done, and alluded to the transformative effects such a solution could bring in a post-COVID world.

Among BluCities' first clients for the use of electrolyzed water was the Tennessee School for the Deaf in Knoxville.

Applied to rooms and surfaces via a mist, the solution can be administered through a number of different devices; a small, handheld fogger, a larger fogger for larger interiors, or by drones for facilities as large as stadiums as is being done to the Mercedes-Benz Stadium in Atlanta, Ga., through a partnership with GenEon.

To demonstrate the effectiveness of the solution, Foley said they use something called an ATP test.

"You can test the bacterial and viral load on a surface [with what's called] an ATP (adenosine triphosphate) test," Foley said. "The best way to quantify it is you take a cotton swab and swab a little area and you drop it into a test tube and a number pops up."

Conducting the ATP test for the staff at the school, Foley said the results spoke for themselves.

"We did a door handle at the school — it says 350, which means there's a count of 350 units of a protein — triphosphate, that is found in every bacteria and virus," Foley said.

"It can't tell you what virus it is; it could be staff, it could be something that's in yogurt. Under 40 is considered hospital-grade disinfectant — we got it to one after 15 seconds of treating a door handle with electrolyzed water."

Another early client of BluCities in regards to the use of electrolyzed water was Alex Slandzicki, a doctor at Williamson Medical Center who also owns his own practice known as Clinical Trials Center of Middle Tennessee.

During the onset of the pandemic, Slandzicki's private practice in Franklin was the only non-university medical center in the United States that received a grant from Duke University to conduct a clinic trial to test the effectiveness of hydroxychloroquine in treating COVID-19.

"So he's got this grant and now fireman, policemen and nurses are coming in," Foley said.

"The protocol for him to do what he does is to assume everyone coming in has COVID-19 already. What does he have to do? He has to wipe down every surface in every visitation room after every patient, and he's trying to turn 30 a day."

Foley said that the arduous process of cleaning after every patient amounted to Slandzicki's wife wiping down every surface with Clorox wipes and other traditional cleaners.

After Slandzicki became acquainted with BluCities staff, however, he was able to transform the way he disinfected his facility.

"So we show him our sprayer, he does a 360 turn in a room, and because it's hypochlorous water [and] not ammonium [or another traditional cleaner], he's gone from a 15-minute gap [between seeing patients] to doing one 360 turn," Foley said.

Effect of electrolyzed water in a post-COVID world

Since BluCities' early clients, the company has expanded into eight markets outside of Middle Tennessee, including Georgia, Colorado and Texas. But despite Foley and Martin's confidence in their service and its benefits, both said that the largest hurdle in seeing electrolyzed water be adopted more universally was education.

"Any paradigm change involves education, and there's not enough Dr. Slandzicki's in the world," Foley said. "There's outsource cleaners in the world; we're not going to take on Servpro and ServiceMaster."

Martin argued that were such a paradigm shift to take place, he believed that things such as school closures could become a thing of the past, and that the widespread use of electrolyzed water could effectively equip future generations with the tools to halt future pandemics in their tracks.

"Last year, many school districts around the state of Tennessee were shutting down for a week at a time so that they could do a deep clean. Now, imagine if school systems adopt our product and our procedures — there'd be no reason to shut a school down. You're putting the power back not just in your janitorial staff, [but] in the teachers; they can have this in their classroom, it's completely safe."