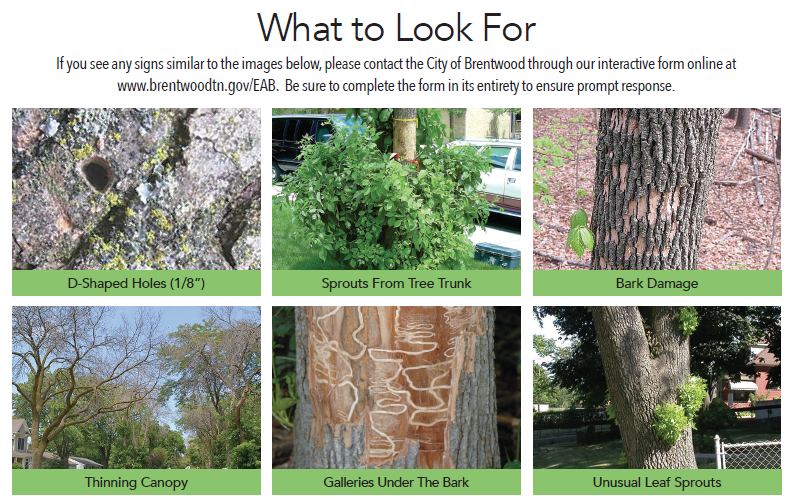 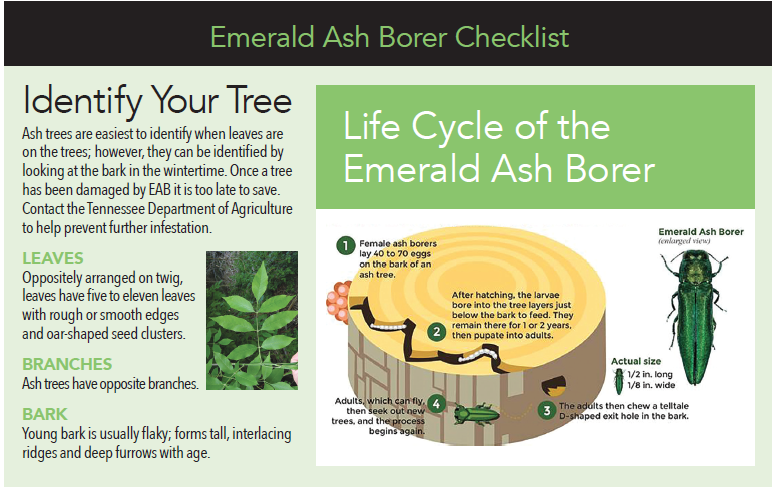 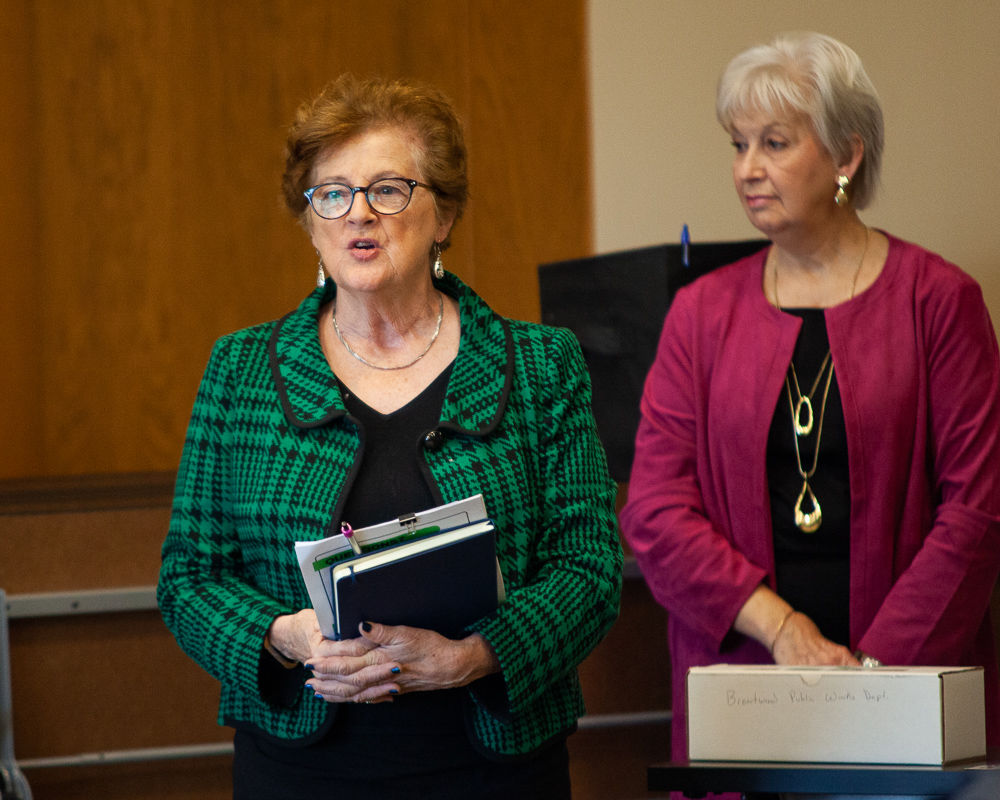 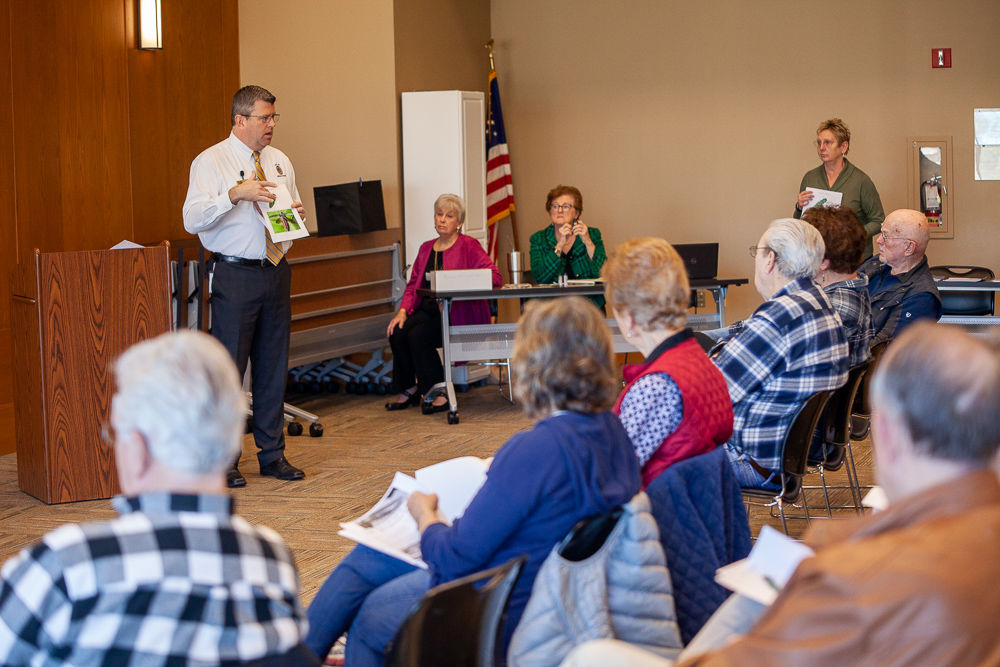 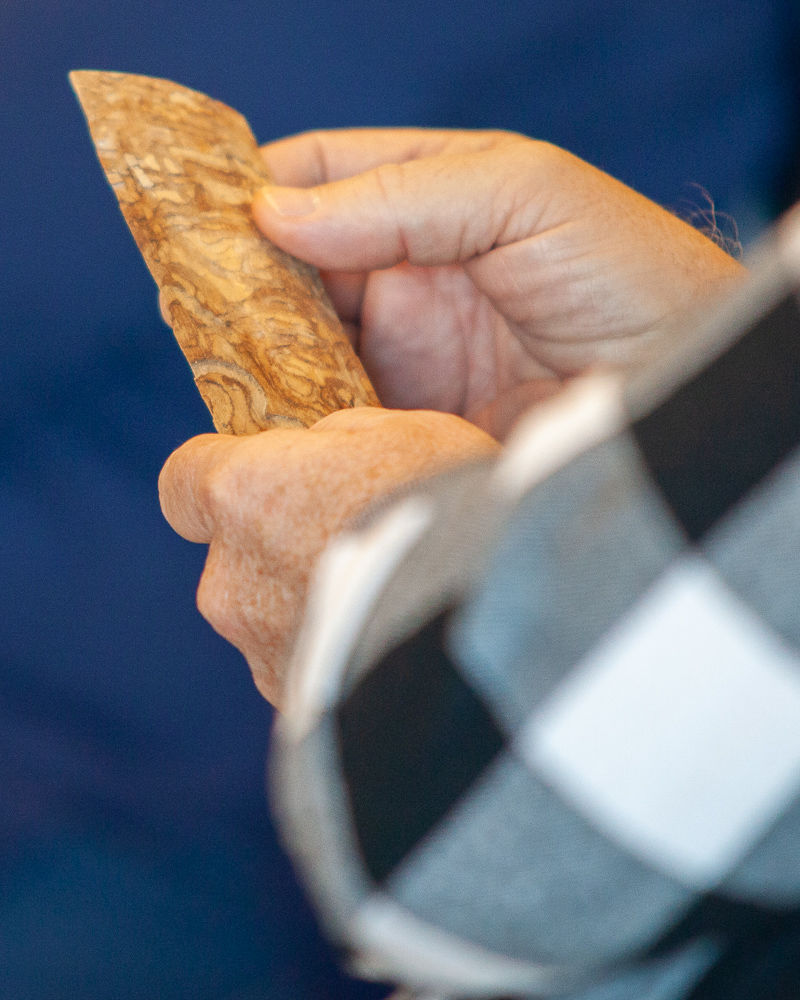 A resident looks at the visible damage to a piece of wood caused by the Emerald Ash Borer.

A resident looks at the visible damage to a piece of wood caused by the Emerald Ash Borer.

The city of Brentwood held an informational Emerald Ash Borer presentation to educate citizens on the invasive pest that was first discovered in the city limits in 2019.

About 20 people including about 10 home owners attended the talk on Tuesday morning at the John P. Holt Brentwood Library.

The Emerald Ash Borer (EAB,) is an exotic, invasive beetle was discovered in southeastern Michigan in 2002 and was first confirmed in Tennessee in 2010.

EAB was confirmed in Brentwood in early 2019 and since then the city has taken an initiative to educate citizens on the insect, how to identify an infestation and treatment.

According to information provided by the state of Tennessee, the dark green insects are normally flying in May and June and spend the rest of the year beneath the bark of the tree when in a larvae state.

EAB leave D-shaped holes in the bark when they emerge and trees that have been infected will have bark that becomes loose or falls off revealing zig-zag tracts in the wood.

EAB can kill an ash tree within three years of the initial infestation.

“First and foremost is identifying if you have an ash tree. If you have an ash tree and you live in Brentwood, if it’s not infected today it’s probably going to get infected in the next two or three years,” Hoppenstedt said. "If it’s not infected and it’s a tree that you have emotional attachment to or if it’s a tree that you’d like to protect on your property, treatment should have started a year ago but it may not be too late.”

There is no known cure for trees that have been infested but there are several forms of managing the infestation including chemical treatments in the form of soil drenching, bark spraying or chemical injections.

Hoppenstedt also said that trees that are too infected to recover can be removed if they are a risk of causing injury or property damage or allowed to die and fall.

Property owners should be aware that the wood can still harbor EAB after the tree has fallen or been cut down, and according to information provided by the state of Tennessee, firewood should not be transported for camping or bought and transported to Tennessee from out of state in order to reduce the risk of spreading the infection to vulnerable trees.

The presentation also highlighted replanting trees and the diversification in planting in maintaining tree growth in the city, as well as adding that the city's chipper service does break the wood down into small enough pieces that EAB can't survive on.

Tree Board Member and recently retired Brentwood Middle School science teacher Sandy Shiveley said that she was grateful that the city was taking a strong initiative to educate citizens, information that she said could be a benefit for students and parents.

"As an educator I would like to spread the word to the schools," Shiveley said. 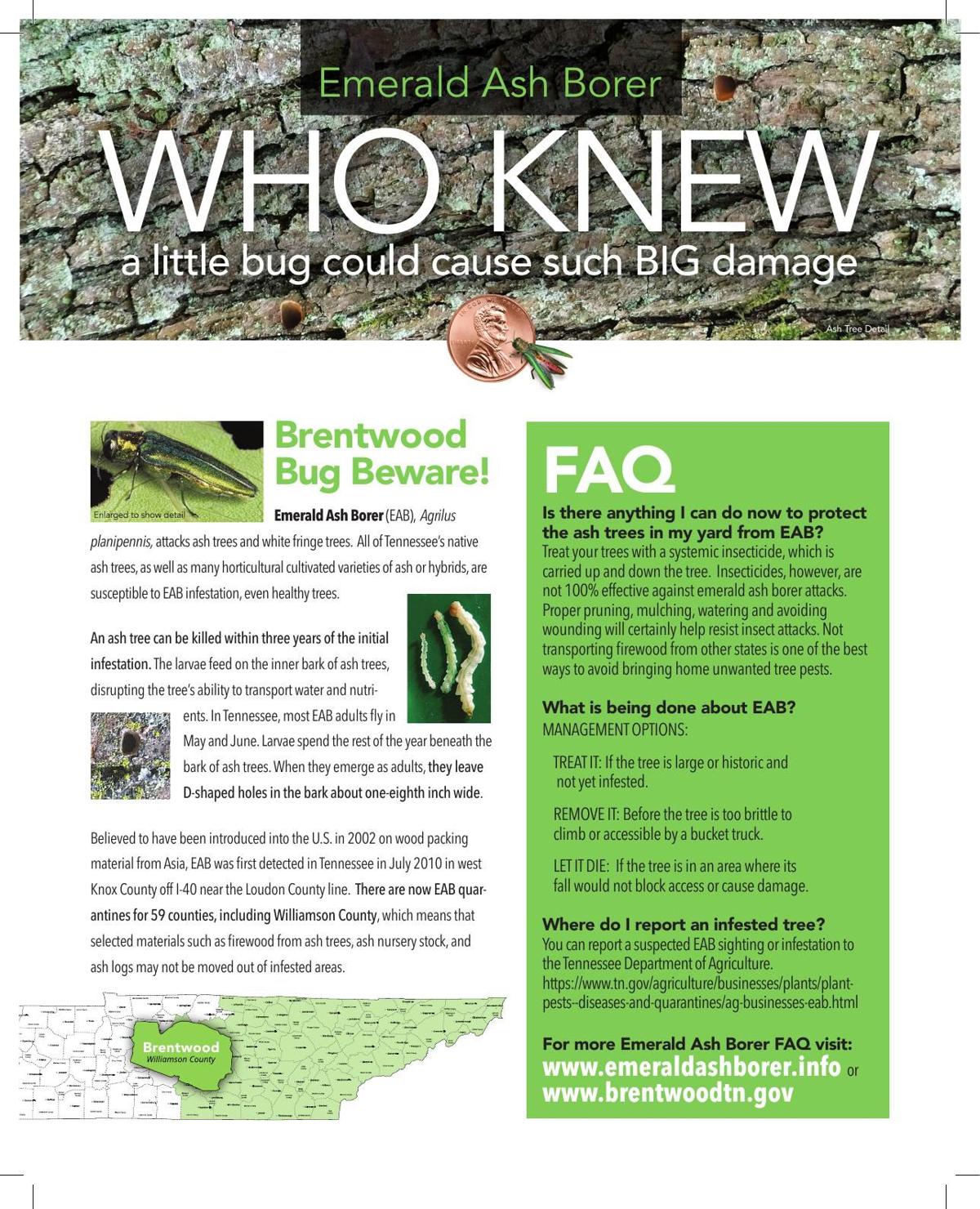 The city has a variety of information about EAB, including identifying and treating trees, as well as a video on how to properly plant a tree.