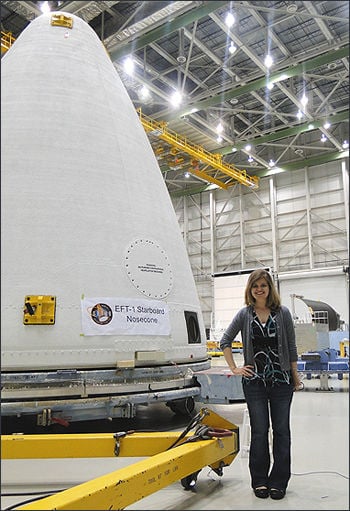 Prater stands next to part of a Delta IV rocket in ULA’s integration and checkout facility (IACO). 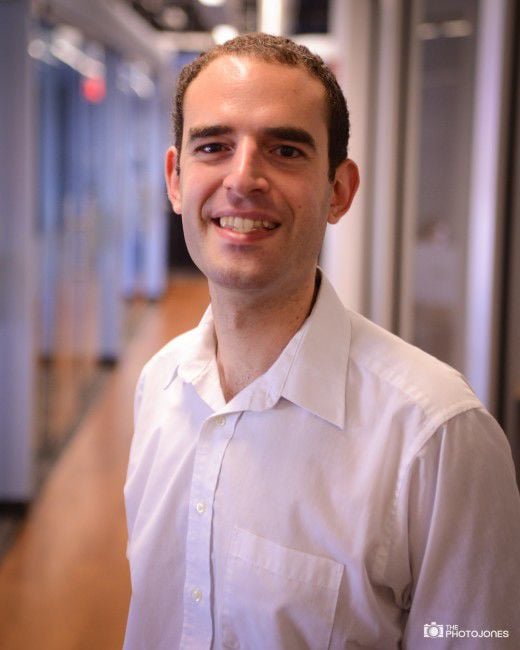 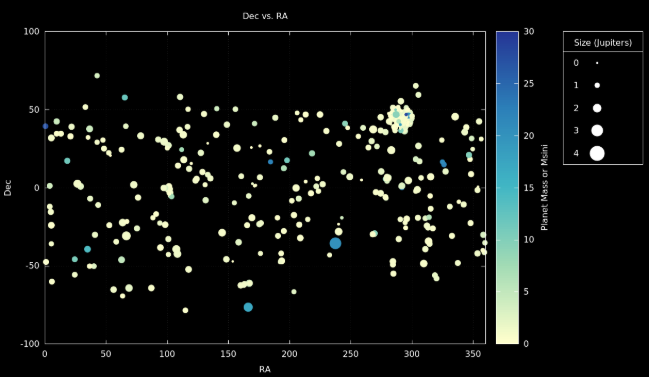 Space Talk: Using Computational Astronomy Techniques to Solve Problems Here at Home will take place on Jan. 12 from 2 p.m. to 3 p.m. in Meeting Room A.

According to a news release, while Filtergraph started out as a tool for astronomers, it was used to develop NASA’s recently launched TESS satellite and the technology has peaked the interest of geologists analyzing soil in Bangladesh, journalists attempting to understand the growth of short-term rentals in Nashville and researchers aiming to understand the visual skills and talents of people on the autism spectrum.

Burger will talk about how our visualization techniques are being used to solve problems here at home, and discuss the possibilities for visualization ahead.

More information about the talk, including online registration, can be found here.

The free event will discuss how NASA's in-space manufacturing project uses the International Space Station to test manufacturing and recycling technologies in the space environment.

According to a news release, the ISM project is developing systems for on-demand manufacturing and recycling of spare parts and tools on future space missions, capabilities have the potential to significantly reduce launch mass requirements for long duration exploration and provide an important safety enhancement for human spaceflight.

The talk will feature Dr. Tracie Prater, a materials engineer at NASA Marshall Space Flight Center and a technical lead for the in-space manufacturing project.

Her work for NASA includes certification of materials for spaceflight applications and overseeing the development of novel manufacturing processes and materials for use on space missions.

Prater received her Ph.D. in mechanical engineering from Vanderbilt University in 2012.

More information about the talk, including online registration, can be found here.