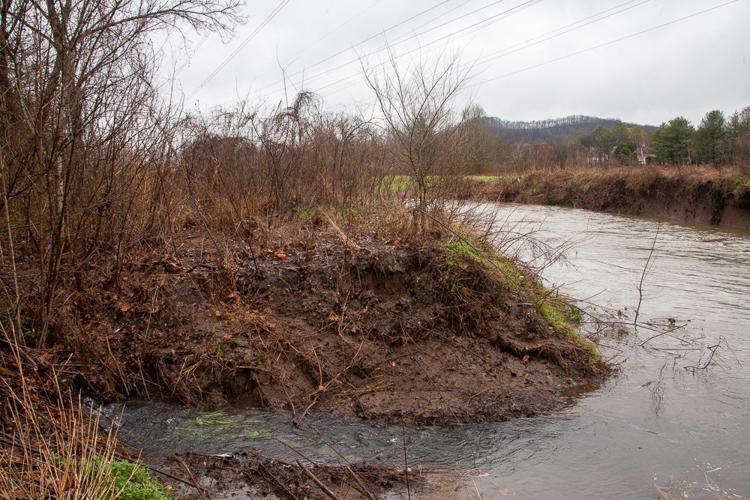 Water flows from a sewer overflow site into the Little Harpeth River near Hillsboro Road after a heavy rain storm. 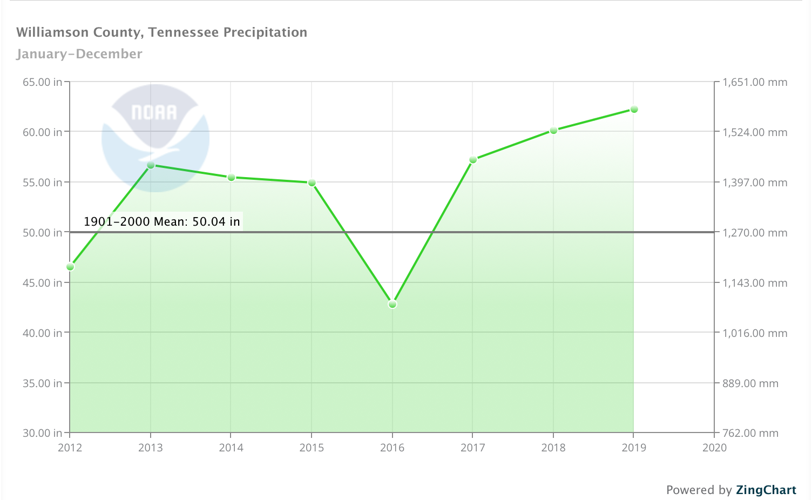 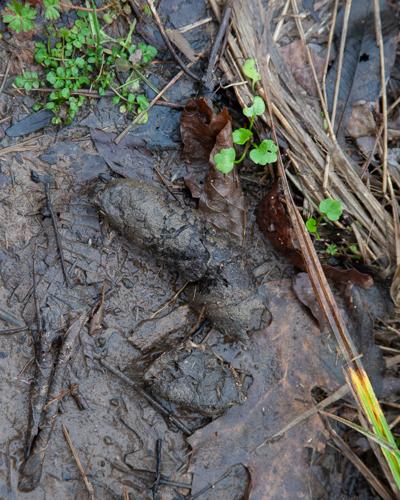 Solid sewer waste covers the banks of the Little Harpeth River near Hillsboro Road after a heavy rain storm caused a sewer overflow. 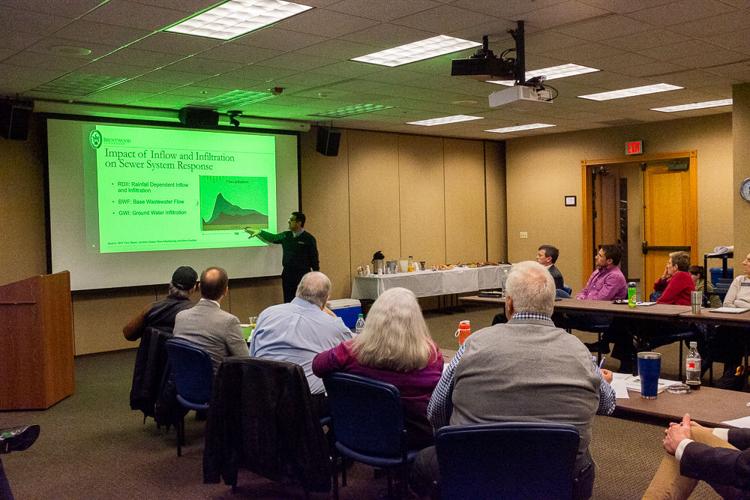 With a rising population throughout Middle Tennessee and increasing instances of heavy rain, municipalities like Brentwood are struggling to maintain sewer systems, prompting the city to work on the next steps of an extended rehabilitation project that aims to build an overflow water storage tank in 2022.

About 40 residents and government leaders gathered at the city hall on Jan. 30, for a presentation and discussion on the condition of and future plans for the infrastructure.

The presentation was by several engineers and representatives of the engineering and architecture firms Hazen and Sawyer and Barge Design Solutions as well as city officials and officials from the Tennessee Department of Environment and Conservation.

According to Brentwood Water Services Director Chris Milton, the city operates a collection-only system which means that the city does not have a sewer plant.

Milton said that following an EPA order in the 1980s a consolidation and centralization of sewer treatment centers took place across Metro Nashville, something that was happening across the United States in large metropolitan areas.

Milton says that in 2006 TDEC issued Brentwood and Metro Nashville an agreed order that required the city to develop a Corrective Action Plan, which addressed larger issues in addition to the normal wear and tear of pipes, grinders and other infrastructure.

“You go through and you rehab and you fix all of your leaky pipes and your infrastructure and you’re going to reach a point of diminishing returns,” Milton said.

The plan that was developed by CDM Smith Engineering, whose final recommendations included a multiyear, $30 million plan to provide rehabilitation to sewer basins and infrastructure and to build a storage facility for the remaining waste water.

Hazen and Sawyers' Ryan Dean, the primary modeler for the Brentwood sewer model said that the model that was created and used to identify the improvement opportunities and plans for future changes to the system are all based on the data collected during both dry and wet weather flows.

“Water makes its way into the sewer system. This is not unique to Brentwood, this happens everywhere,“ Dean said. “The amount of water that makes its way into the pipes during rainfall can be seen in flow meter data, we can actually measure that pretty accurately and that’s one of the reasons that the model is able to predict surcharge levels in the future with relative accuracy.”

According to the city’s presentation, to date the CAP has seen over 31 miles of pipes relined, 1,732 manholes lined or repaired, 15% of the Little Harpeth River sewer basin rehabilitated and 700 million gallons of infiltration an inflow (water that finds it's way into the system through cracks) removed, with the next step for the project to be the sizing and construction for storage at the Brentwood/Metro Pumping Station.

In 2016, a Sewer Master Plan was developed to create a long-range plan to meet future capacity needs was developed and ultimately a storage system that could contain the excess water during periods of heavy rain was determined to be the best option.

The water would be held until the sewage system was below capacity, at which point the waste water would reenter the system and move through the pipes to the consolidated water treatment plant in Nashville.

In addition to rain and groundwater entering the system trough breaks or cracks in pipes, the city has identified other issues such as debris in the pipes and trash and grease that should not be disposed of by way of sinks or toilets, damage caused by contractors and the occasional mechanical failure at pump stations.

The city has five overflow monitoring locations at Hillsboro Road, Granny White Pike, Heritage Way, Chenoweth station and at Scales School station, and the city self-reports overflows within five days of an incident on their website.

According to the city, the cleanup process for known overflows involve removing physical debris such as trash or human waste, the application of a disinfectant to the affected ground and the distribution of straw across the area.

The various steps of the Master Plan were reviewed in the work session along with timelines and cost estimates, with a total cost of projects projected to be $17,985,000 with some of the projects having an expected completion date of 2035.

TDEC's presentation followed the city's outlining both the local and state impact of treating I/I noting that the state spends $200 million a year on the issue.

In addition to the public health hazard of I/I, they also outlined other impacts such as the algae that could harm the ecosystems of the rivers and creeks, such as the Little Harpeth River, and higher costs to maintain and clean the city's water.

TDEC's Division of Water Resources Chief Engineer George Garden said that while any overflow of I/I is not a good thing, that Brentwood has been the best municipality in the state in terms of their reduction of I/I throughout the ongoing rehabilitation process, adding that Brentwood has also been one of the best municipalities in self-reporting issues.

"You are not alone," Garden said. "Everybody is fighting this battle and it is not a sprint, it is a marathon. It is not finished when you finished all the rehab that you have done so far, and you are evidence of that. You've done the best rehab in the state."

While the long-term plan addresses both the expected wear and tear on sewer infrastructure as well as the increases in population, according to Brentwood Public Relations Coordinator Deanna Lambert, the city does not have any official plans that address the growing threats of climate change.

According to an interactive graph provided by climatecentral.org, instances of heavy rainfall have risen over the past decade, a trend that is continuing throughout the county as shown by data provided by the National Oceanic and Atmospheric Administration.

Brentwood City Manager Kirk Bednar said that the city is currently looking to acquire land near the city's pumps station to put the city's future storage tank, a project that still has to be brought before the city commission as well as going through a 12 to 14 month design process before construction would actually begin sometime in 2022.

Bednar said that a resolution to acquire the land for the tank is expected to be brought up in the Feb. 10 City Commission meeting.