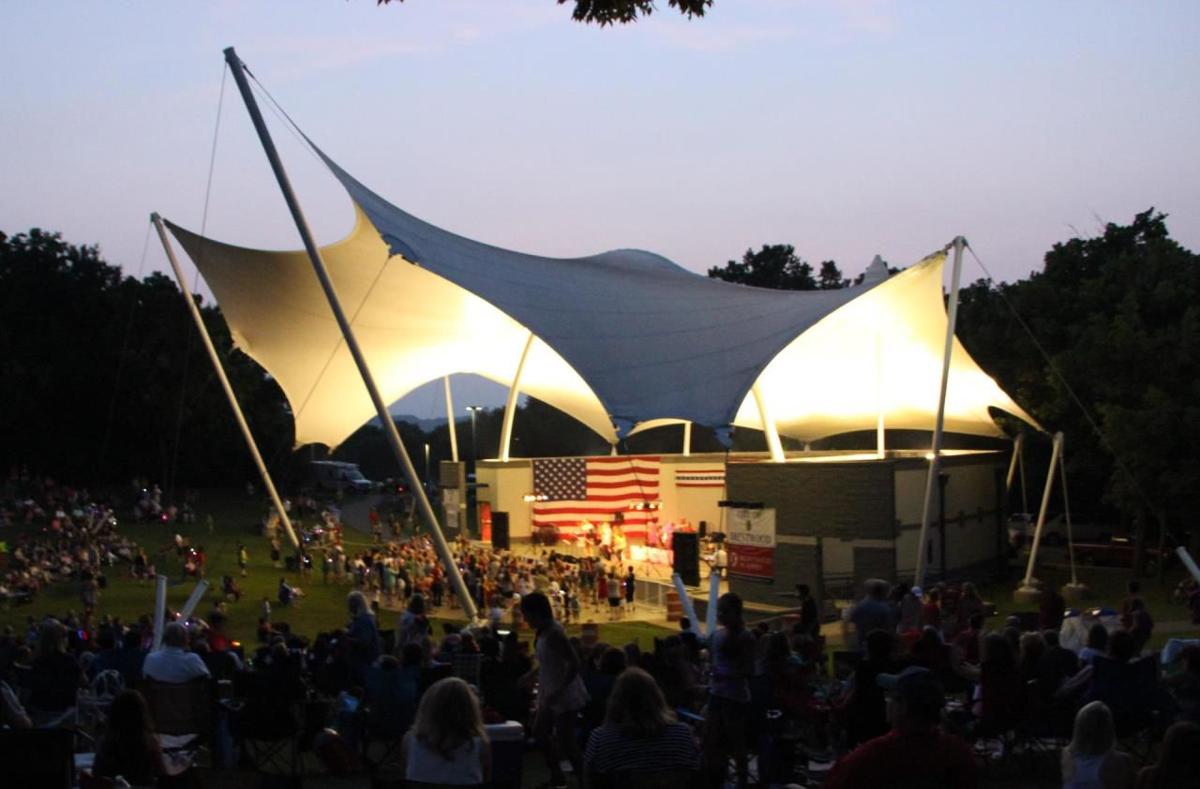 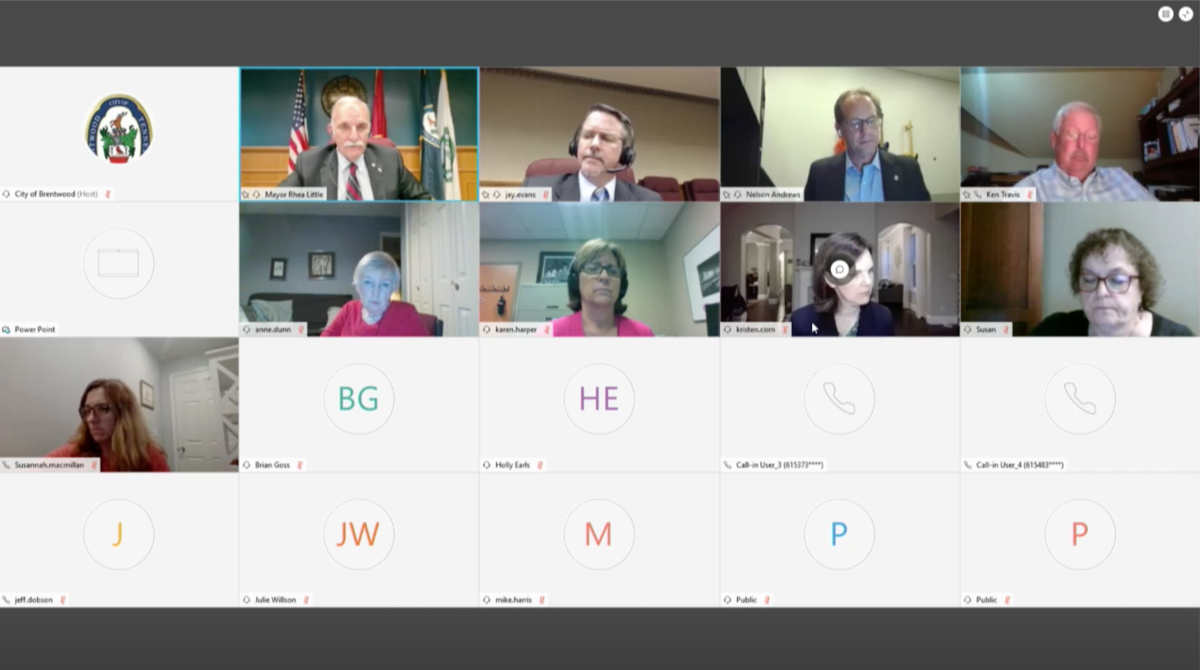 The City of Brentwood held their May 26 City Commission Meeting electronically due to the ongoing COVID-19 pandemic. 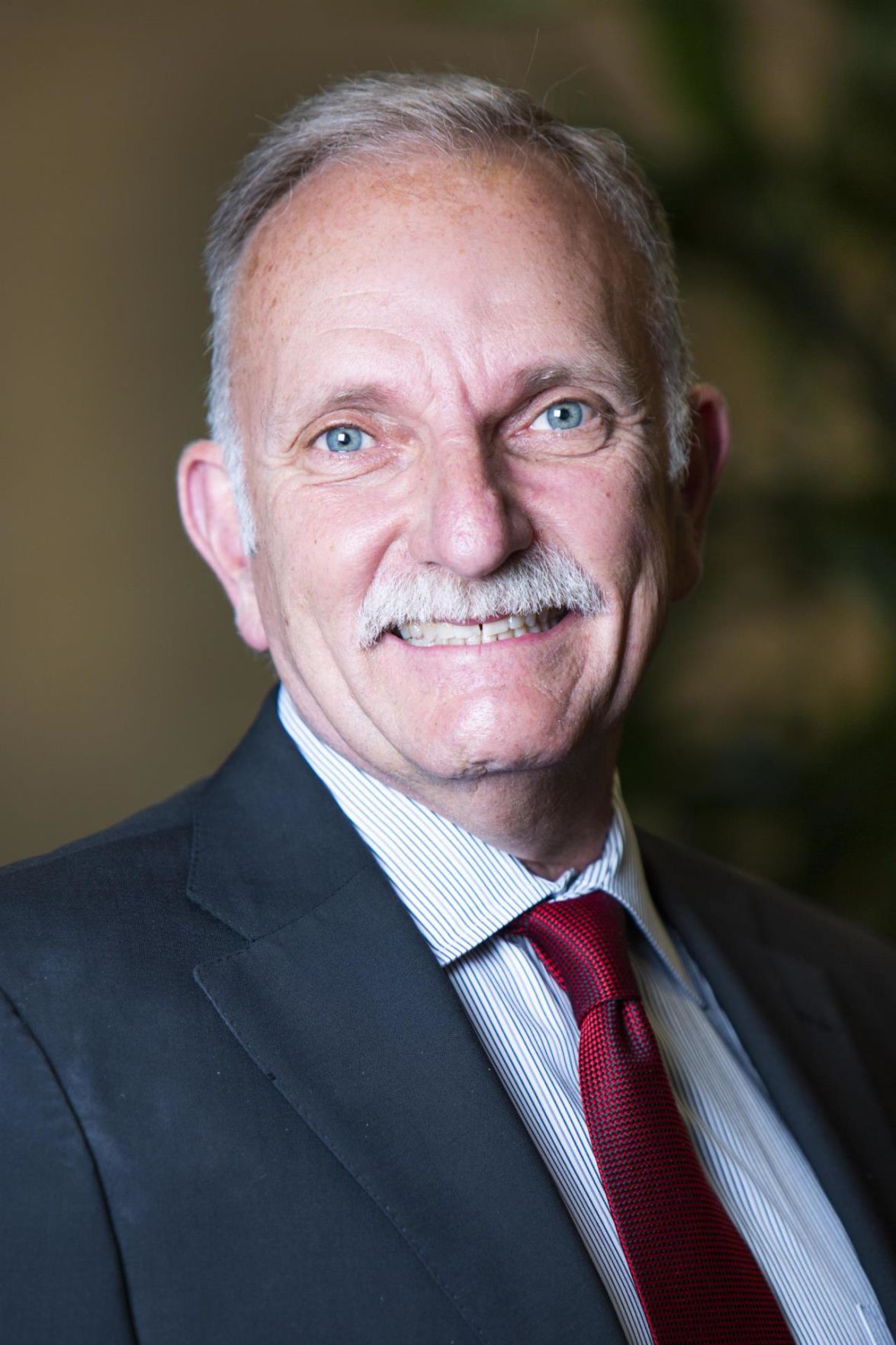 Little addressed the decision, which has drawn outcries of disappointment and anger from citizens on social media, reiterating that the city's decision was not made lightly and was a difficult call to make. He insisted that the health and safety of citizens, city staff and vendors were the core of the decision as well as the city's ability to actually manage such a large scale event during a global pandemic.

“There’s just a lot of unknowns still and even with the Governor’s order allowing larger venues you still have to be in groups of no more than 50 and then they have to be separated and the logistics of doing that in the park just about every way that you look at it, it’s going to be an impossibility,” Little said in Monday night’s meeting.

Mayor Little said that the decision was especially difficult for him, citing his own family history that is rooted in the country's founding.

“Personally I was very disappointed because Independence Day is, and has always been, a community celebration in the Little household, especially in Brentwood,” Little said. “My ancestors came here on the Revolutionary War land grant for services rendered to the new republic of the United States of America and Independence Day and being able to celebrate it has always been a very cherished thing in our household.”

Little spoke directly to citizens in Monday's live-streamed meeting, in an effort to help them understand the multitudes of variables and the added challenges facing city staff who would be on the front lines of both managing a large public event that could see more than 10,000 people.

“Our staff that help with the concerts — Parks Department, Police, Fire, Public Works, Community Relations — if anything during this crisis have worked harder than normal because of the extraordinary efforts that it takes just to do normal things on a day-to-day basis during this crisis, coupled with several storms and whatnot on top of it,” Little said. “So as we looked at the concerts, I did think about it personally, and I don’t want to speak for the other Commissioners, but I just felt that it takes extraordinary effort every year for that staff to help us to have these great concerts, but with so many extra requirements and procedures and protocols and all, it would have been a tremendous amount on individuals who are already working very, very hard as we try to maneuver through this crisis. I just want the citizens to known that the staff was one of my greatest considerations as we had to look to do this.”

“If you go by what’s on the books today in terms of social gatherings and then even where there are allowances to open like these, the expectation is screening of attendees to the extent possible, maintaining social distancing within the seating areas and venue areas and this kinds of things and those are thing that we have no ability to do in a community park type setting,” Bednar said. “We don’t see how we could realistically pull off a concert 4th of July, certainly Brentfest, any of this in any type of way that would meet expected health-safety guidelines in terms of social distancing or controlling that or any of those types of things. So we have concerns about doing any of these events in terms of what would be appropriate for health and safety.”

In that meeting Bednar differed to the Commission on the issue after laying out the administration’s concerns, noting that communities throughout the state, including Nashville and Nolensville, have canceled annual public fireworks displays.

Little noted in the May 21 meeting that the city and city staff would face too many unknowns in regards to managing the event as well as attempting to adhere to public safety guidelines, and Commissioner Anne Dunn added that with many Middle Tennessee municipalities having already canceled events, Brentwood could see an influx in attendance which would have made the situation even more challenging to manage, something that Bednar and the majority of Commissioners agreed with.

“It would be terrible if for some reason there was an outbreak that was traced to back to someone who was attending who didn’t know they were sick,” Little added in the May 21 meeting.

Commissioner Mark Gorman said during that May 21 meeting that he agreed with the city cancelling the concert series but would like to see fireworks still continue for residents to enjoy from their homes, something that at this point will not be happening.

The Commission discussed the challenges with providing a fireworks display and how they can manage crowds who may try and gather in the park on foot or on the side of the road, challenges that would have to be handled by the Brentwood Police Department and could exacerbate issues with public safety.

Commissioner Dunn added during the Informational Meeting that fireworks are not necessary for someone to express their patriotism.

"I agree with [Commissioner] Nelson, [Andrews] it puts our policemen in a position to argue with everyone who says, 'I want to come in the park.' If we can't stay good Americans and be patriotic without fireworks one year, we've done it before when we were rained out," Dunn said.

The Numbers and the Bigger Picture

On Tuesday, the Tennessee Department of Health reported 20,965 cases of COVID-19, an increase of 358 in one day, with 343 deaths, and increase of five from the day before, and over 13,000 who have recovered.

In Williamson County those numbers are 527 total cases, with 10 deaths and 346 people who have recovered after testing positive.

Some have cited these numbers as the reason why the city should continue to hold the events, but the risk of doing so would mean that Brentwood could become a hotspot for an outbreak of the virus which has as of Wednesday morning killed more than 99,000 Americans, all within the past four months.

And all this is happening as states begin to reopen in phases, and public health experts warn that increased public gatherings could see a spike across the country, including in the South.

Middle Tennessee has been the site of several protests against the pandemic and social and economic restrictions by the state, as deniers of both the legitimacy of the ongoing public health crisis, it's origins and it's seriousness continue to spread misinformation on social media.