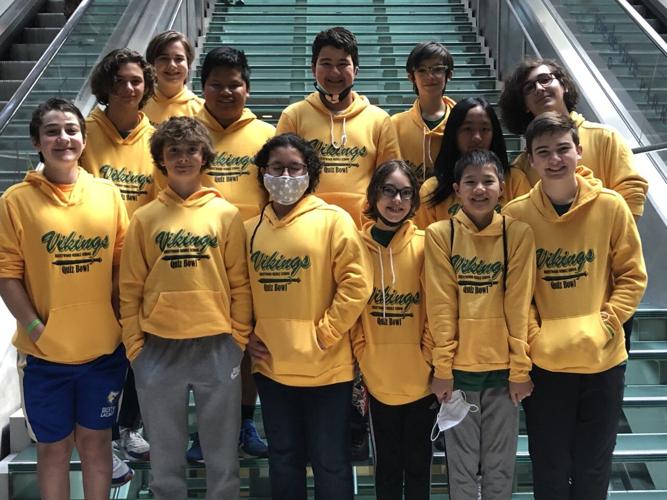 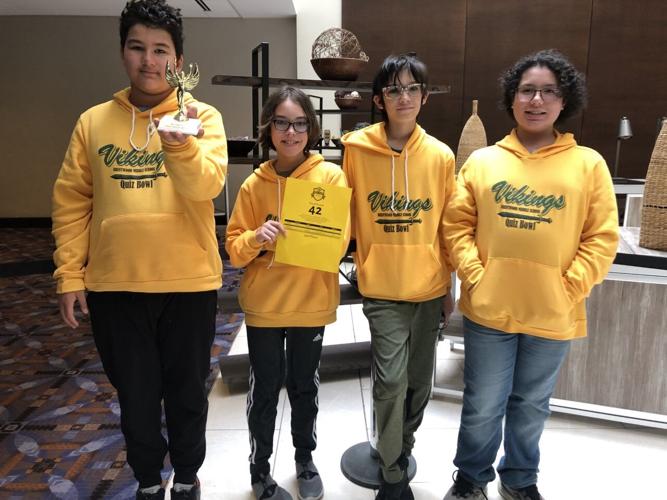 Knowledge, reflexes, memory and a pinch of luck combined to form a mind-bending intellectual spectacle.

Quiz Bowl combines fast factual recall – think of Jeopardy! – with close collaborative teamwork. Players compete to buzz in with answers to Tossup questions. The team that wins the Tossup then gets to chew on several, frequently tougher, Bonus questions.

“The term ‘haykal’ is used in this non-ethnic religion for a pentagram symbol favored by its long-term leader Shoghi Effendi. The flower-shaped Lotus Temple in…”

Brentwood Middle School reached the final rounds in last weekend’s National Quiz Bowl Championship Tournament. A total of 141 teams from all over the US, including three from South Korea, brought almost 650 competitors to Chicago for the two-day competition.

“This fruit-flavored punch, invented in Hastings, Neb., has a titular character that looks like a pitcher.”

In a field dominated by brainy eighth graders, the Brentwood Middle School sixth grade team – captain Gavin Nielson, Andy Leonhard, Will Perez and Rio Sebert – rose to the final rounds. Although not celebrated with an award, Brentwood received the highest ranking among sixth grade-only teams. In individual score comparison, Leonhard ranked number one among sixth graders in the US.

“This president’s wife was nicknamed ‘Lemonade Lucy’ be….”

“This country is home to the world’s Molok people. Its namesake river, which empties into the Atlantic Ocean at Saint-Louis, forms its northern border with Mauritania. The Gambia is almost entirely…”

Coach Colleen Spears says, “I love Quiz Bowl! It’s fun to see students compete; every match is a new challenge. For Quiz Bowl, I have students asking what more they can learn. It’s about learning and matching minds with other high-level students.” Ms. Spears, a Gifted Education Teacher at BMS, has been coaching the BMS Quiz Bowl team since 2018.

Some parents already have an eye on the Seoul Academic Quiz Tournament next February.

Fact check: The Baha’i Lotus Temple in Delhi was dedicated in 1986. Kool-Ade (later Kool-Aid) was invented by Edwin Perkins in Hastings, Nebraska, in 1927. Lucy Web Hayes, the first lady from 1877 to 1881, refused to serve alcohol in the White House. She was also the first first lady to graduate from college. French-speaking Senegal is the westernmost country in Africa.

Woody Leonhard writes books and such. He and the family moved to Williamson County in 2014 specifically because of the schools.