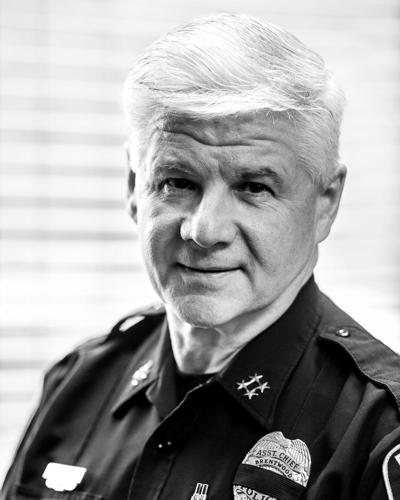 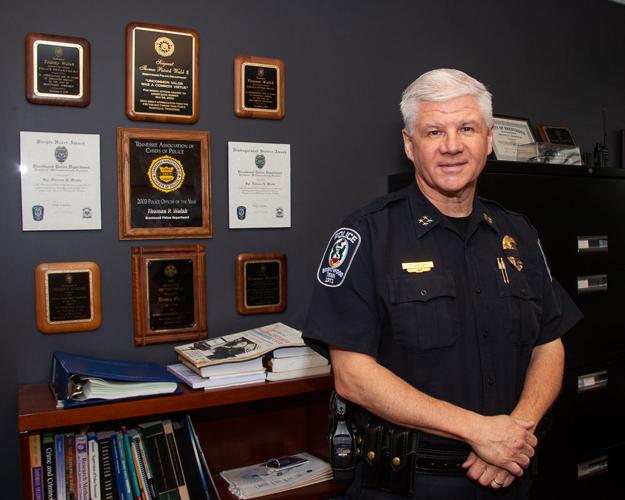 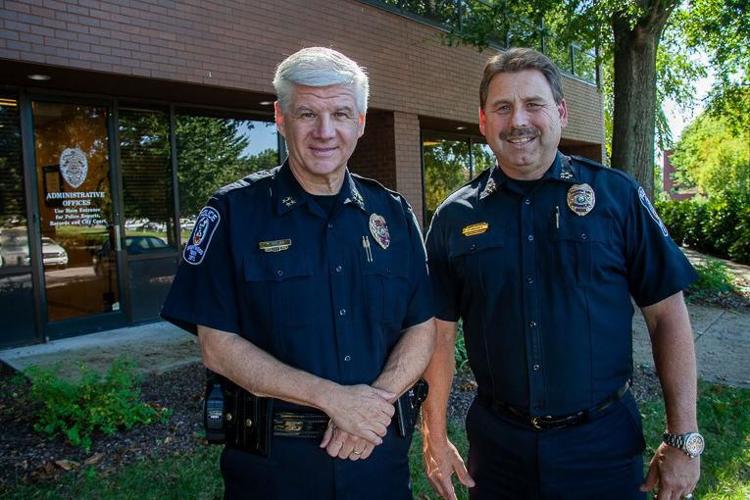 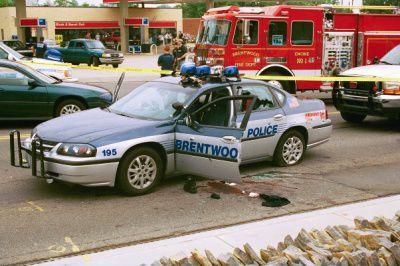 The scene of the 2002 armed robbery shootout that wounded two Brentwood Police officers.

Brentwood Police Department Assistant Chief Tommy Walsh is retiring after a career with the department that spanned more than 30 years.

Starting in 1989, Walsh rose through the ranks of the BPD, overseeing some of the city's most memorable moments of growth and experiencing firsthand some of its most challenging days.

Walsh sat down with the Home Page to discuss his retirement in his office decorated with plaques, certificates and Tennessee Vols memorabilia.

Walsh's journey with BPD began while he was working as a security guard at Opryland. He had just gotten turned down after applying for the Tennessee Highway Patrol, something he said was hard to face at the time. But that outcome led him to apply on a whim to the Brentwood Police Department, in a town that he had only visited maybe twice before.

Since he got on with BPD, Walsh says Brentwood has felt just like home.

Walsh said he couldn't name a single best moment from his time in Brentwood from patrolling the streets to mentoring new officers because there were just so many.

"I spent 20 years working in the patrol division and I really enjoyed that kind of work. You never knew what was around the next corner, you never knew what the next call was going to be, the camaraderie of the shift, I really enjoyed all of that,” Walsh said. “And those are all moments that I’ll cherish and I’ll take into retirement. So many friendships, so many relationships, so many times that I came across a person in need and I was able to help them with something.”

Walsh has no problem naming his worst moment.

On May 6, 2002 then Sgt. Walsh was one of two officers who was shot responding to an armed robbery of a Brentwood bank. At the time officers were armed with shotguns and pistols and the suspect was armed with an AR-15 rifle.

Walsh recovered from the physical wounds to his leg and worked through the trauma of experiencing first-hand every officer's worst nightmare.

He speaks about the incident openly and very matter-of-fact, pausing with emotion only when it comes to recalling the support and appreciation from the Brentwood community, and the lessons from that day.

Brentwood Police Chief Jeff Hughes started at BPD just a few years before Walsh came aboard, and together they have formed a relationship of respect and trust that has allowed them both to rise through the ranks and help to grow the department with the training and knowledge to tackle the challenges of law enforcement in the 21st century.

"This is going to be a significant change that will significantly impact our organization with losing Tommy, because he is is important to our operations," Brentwood Police Chief Jeff Hughes said."Even though he's the Assistant Chief of Police, he's really an extension of me and the success of this organization is largely dependent and is a credit to him and his capacity and role here at the police department."

Hughes said that he looks at Walsh as his equal and peer, as the two have worked alongside each other throughout Walsh's career at BPD. Hughes said that much of Walsh's work within the command staff has really been working with division chiefs and making sure that the important behind-the-scenes work of running a police department is being managed.

"I was actually one of his Field Training Officers, so I was in patrol when he came and I had the opportunity to train him as a police officer before he went on the street, and I've watched him progress through the ranks just as I have ascended to my position, I've watched him ascend to the rank that he is now," Hughes said.

"It was clear to me early on that he was going to be my choice to be the Assistant Chief of Police if and when I became the chief. I knew that he was the person that I wanted because I was confident in his ability to do the things that needed to be done, and he is the consummate professional and he has the respect of everyone in the organization. I knew that he would represent the kind of organization that we wanted to become."

Walsh said he doesn't have any grand plans for retirement, besides spending more time with family and enjoying the outdoors, maybe some hunting, fishing, attending some ballgames or a concert or just working on his property.