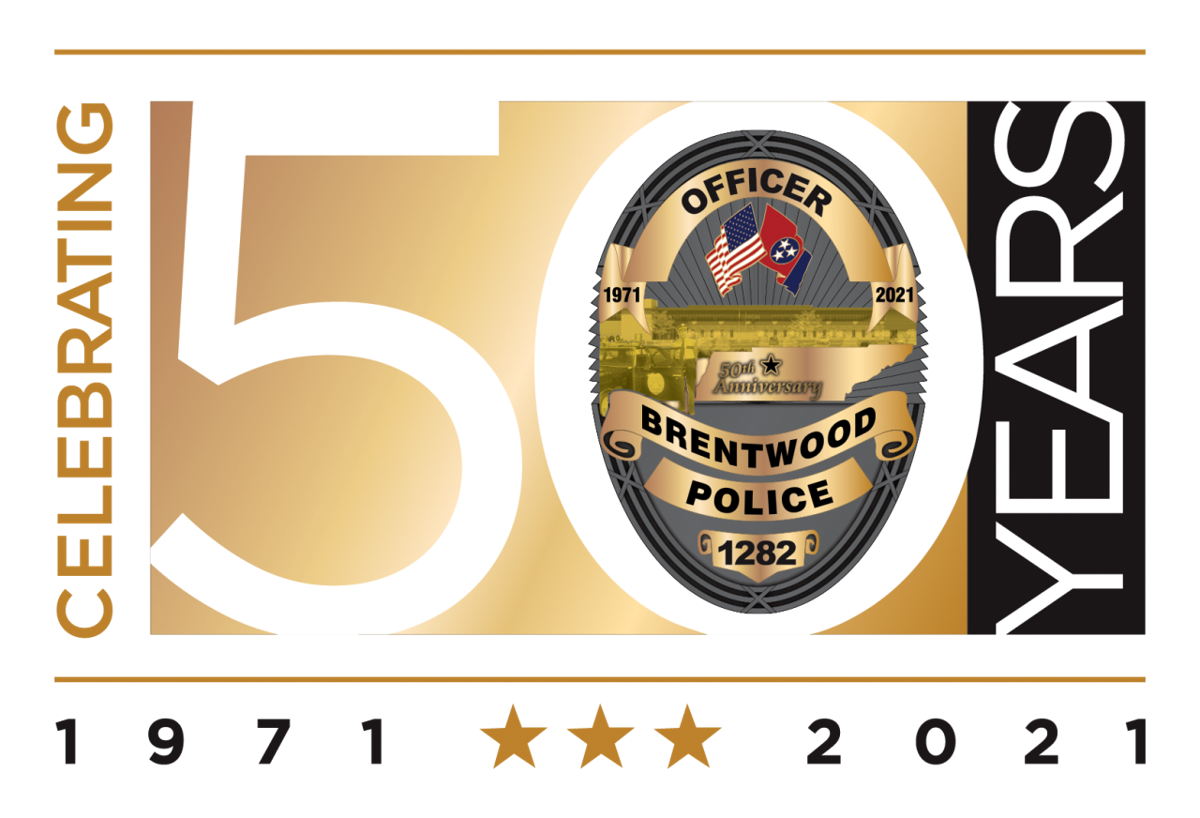 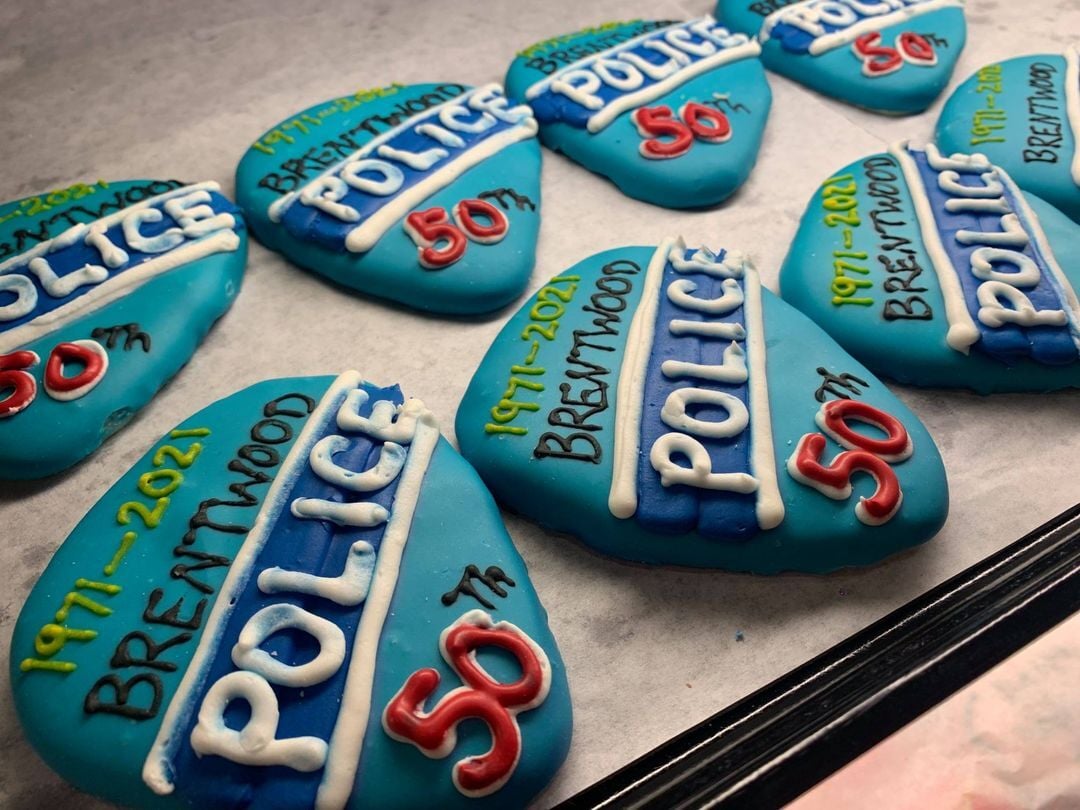 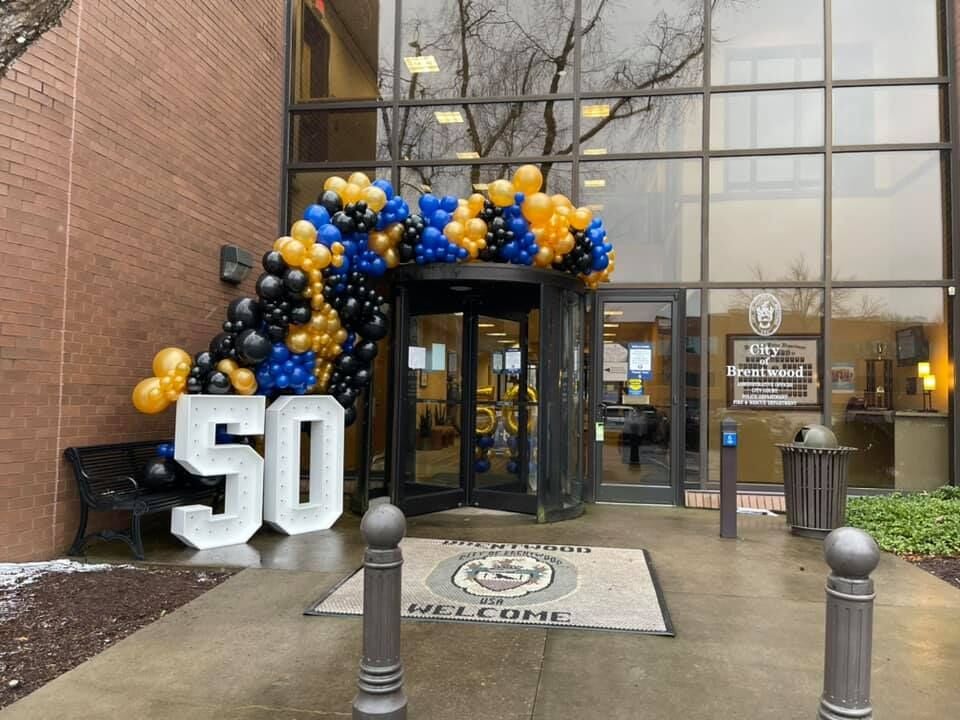 The City of Brentwood and the Brentwood Police Department announced several virtual events throughout 2021 to celebrate the 50th anniversary of the founding of the department.

The announcements were made during a Facebook Live interview with the Williamson Source on Monday morning with BPD Chief Jeff Hughes and Brentwood Community Relations Manager Deanna Lambert.

Most visible to the community are displays of balloons and signs in and around city hall, and the department is expected to announce other virtual celebrations, including a virtual tour of BPD's new police headquarters that's set to open in the spring.

The city has several events and commemorations planned for the year beginning with a commemorative badge that officers will begin wearing in March.

The badge includes an old model police cruiser, the new headquarters building and the number “1282,” the employee number for Brentwood's fallen Officer Destin Legieza, the only BPD officer to die in the line of duty throughout the department's 50-year history.

Legieza’s family and several officers also plan to attend National Police Week in Washington, D.C. in May to honor his memory.

Citizens can help fund this trip by purchasing commemorative BPD cookies from The Puffy Muffin, of which proceeds will be used to help fund the trip.

Local businesses are also catering breakfast, lunch and dinner for the department all day on Monday.

All of the celebrations will be announced and viewable on BPD's Facebook page.

The City has also released a video recording in 2009 featuring a discussion between former BPD Chiefs of Police Howard Buttrey and Rick Watson which can be viewed in full below.