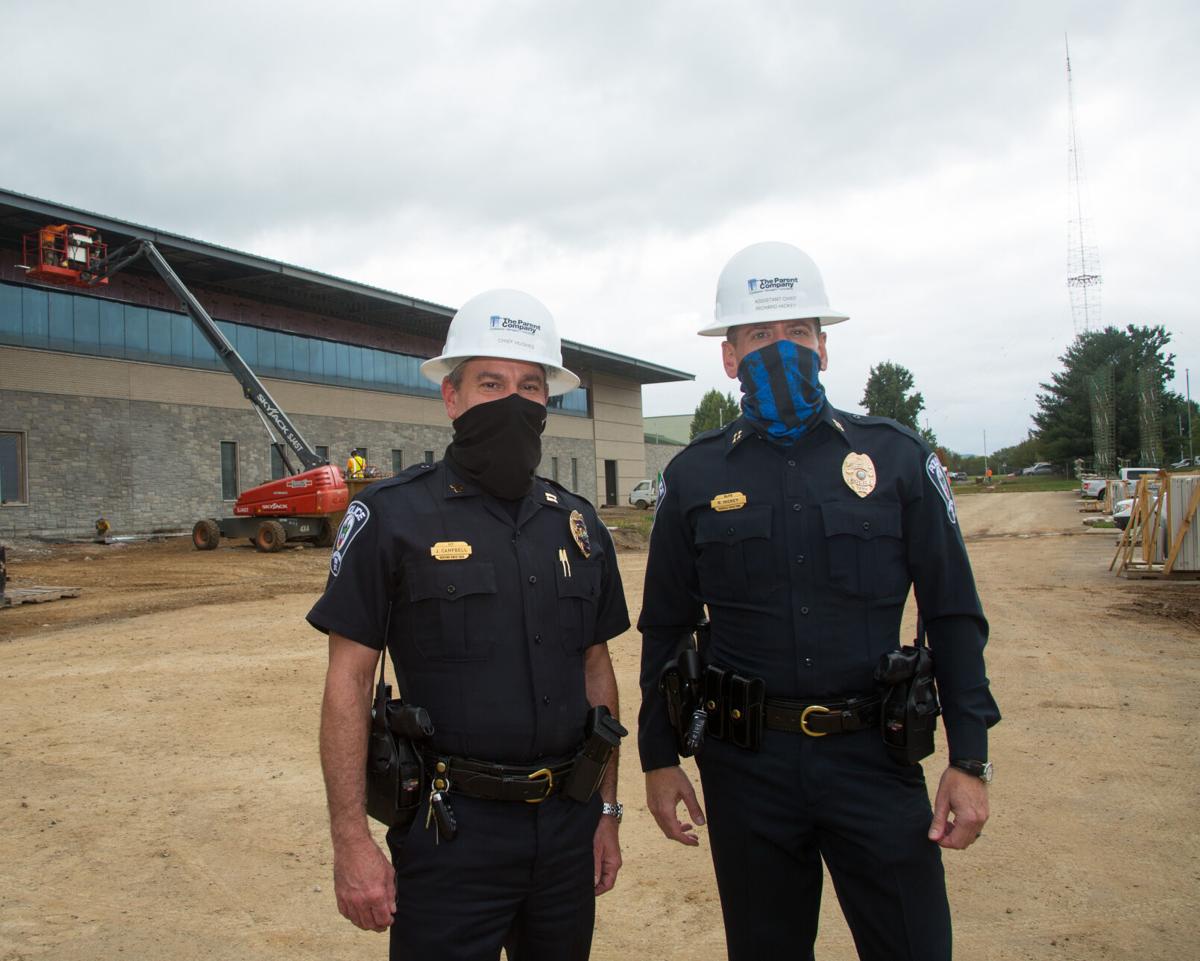 Capt. Jimmy Campbell and Assistant Police Chief Richard Hickey pose in front of the Brentwood Police Department's new headquarters on Heritage Way which is scheduled to open in Spring of 2021. 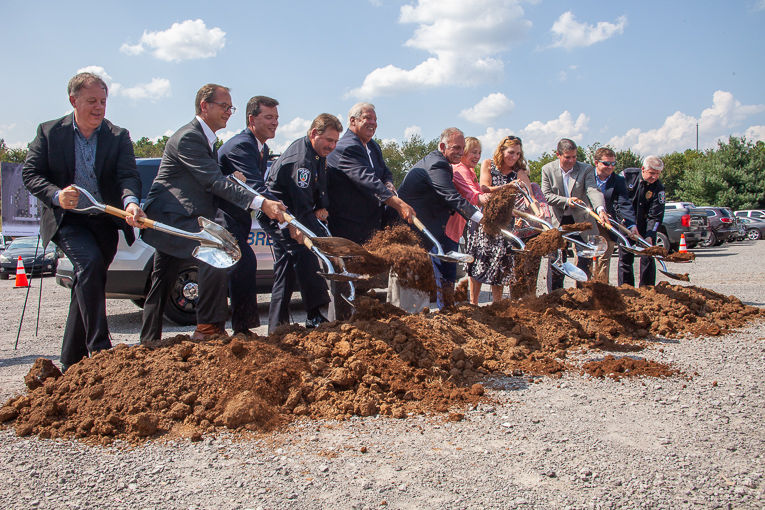 Construction of Brentwood Police Department's new headquarters on Heritage Way is more than half way complete.

A tour of the facility showed upgrades to space, training and security to the $29 million, two story, 55,000 square foot structure. It's the largest single capital project in the city’s history and is scheduled to open in the spring of 2021 after a groundbreaking ceremony took place in September of 2019.

Assistant Police Chief Richard Hickey and Cpt. Jimmy Campbell donned white hard hats and gave the tour through the massive concrete structure that is still an active works with construction workers threading cables, pouring concrete and a variety of other tasks to move on to the next step of installing plumbing, generators, and outfitting the building for electricity.

Once completed the new building will house a variety of upgrades including a community room that can be used for ceremonies and press conferences and will also serve as the city's traffic court.

The building will also see expansions and upgrades in nearly every imaginable way over their current offices which operate out of the Maryland Farms complex next to City Hall.

Some of those upgrades include an expanded evidence room and armory, in-house gym, classrooms and training rooms, server rooms, a secured tow lot, a dispatch center and numerous offices meant to fit the present and future needs for the department.

The more open workspace concept on the second floor will see offices set around common areas to allow for more interaction between departments and divisions, something that BPD hopes will foster both communication and team building between officers.

"This will help to bring us all together," Campbell said. "We're all one anyway, so information needs to be shared and keep us all knowing what's going on day-to-day, and it will hopefully just bring us closer."

The building will also include a new state-of-the-art training simulator system that encompasses an entire room with a 300 degree interactive experience that uses pre-recorded scenarios to test officer's firearms and de-escalation skills using the VirTra system.

"This will be set up all the time, we'll leave it up, we won't have to take it apart and it should work so much better," Hickey said. "They're constantly producing new scenarios every year and the thing that we really liked about this system is that they go out and hire actors to go through a lot of the scenarios. They have partnered with an autism-awareness group that has people with autism to act in scenarios so that we're interacting and hopefully learning [how to respond to] people with autism or with mental health issues."

"This is much more than just shooting, this is all about use of force or not using force, deciding what force is appropriate -- hopefully it's more about de-escalation training b because the person who is running the simulator has the ability to change the outcome based on what the officer does," Hickey said.

Near the back of the building's first floor a dedicated indoor six lane firing range to allow officers to practice shooting proficiency without having to leave the city limits.

Currently that training has to be done by scheduling for time at the Williamson County Sheriff's Office's range where they must compete with other agencies for range time.

"Range-wise it's absolutely going to lift some of the burden off the county," Hickey said. "We share their range and actually pay them a little bit of money to help with he upkeep. Now we should be able to do it all here and help them free it up for other agencies."

While the new headquarters aims to offer a better physical work environment for officers, the city's top priority is safety.

Some of the new safety measures can't be specifically detailed but what can be made public is the addition of a secure lobby that will allow the public to access police services in the front of the building, while law enforcement administration and investigation divisions work behind new security-access doors.

"It's a huge step up, everything about this is going to be a step up security-wise," Hickey said.

The Williamson Home Page will revisit the new police headquarters as it prepares to open in the spring to further explore how policing in Brentwood is evolving to meet the challenges of 2020 and beyond.