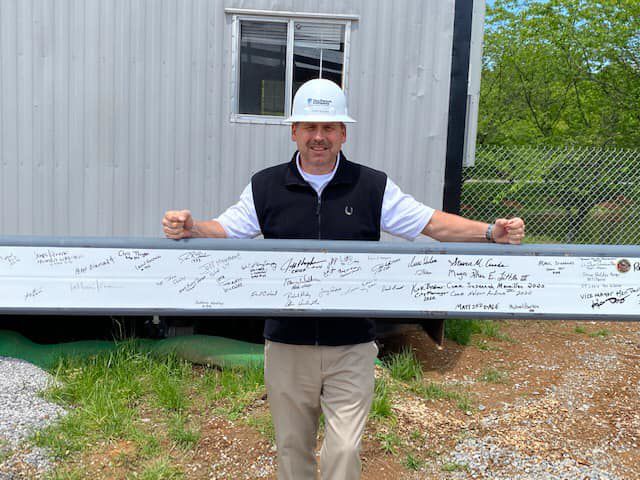 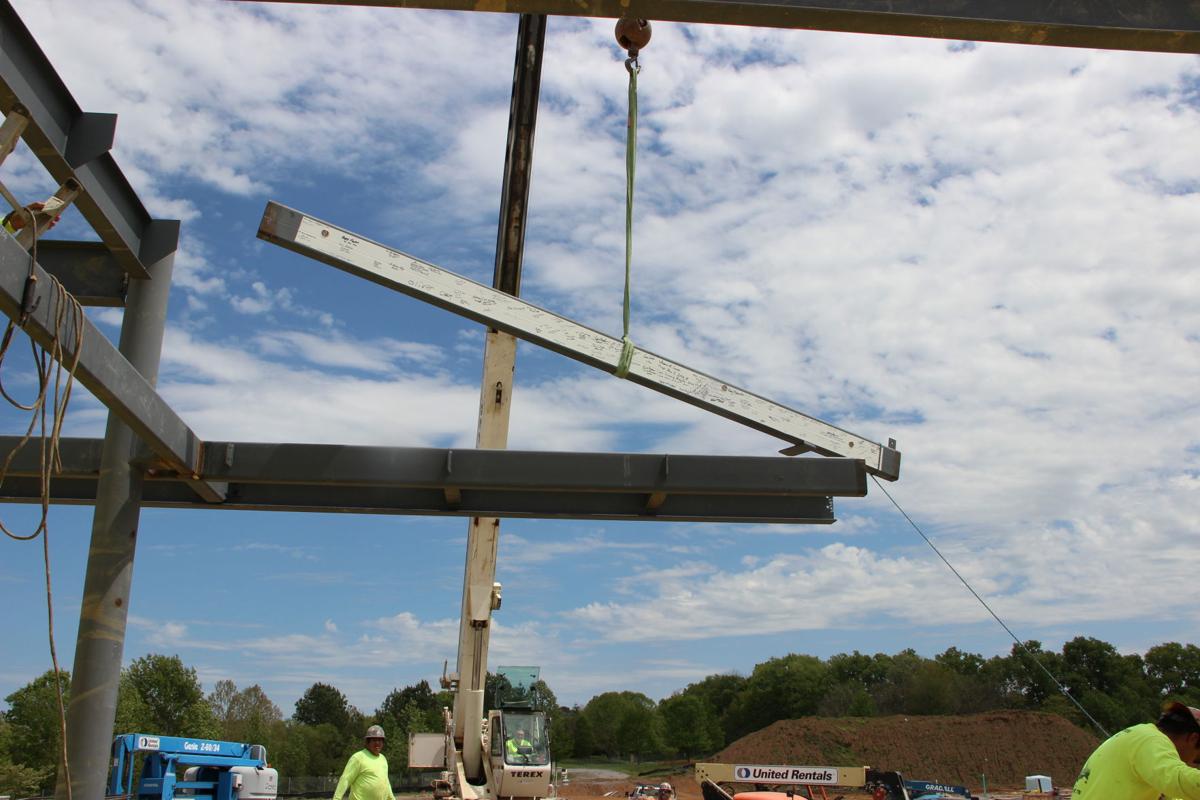 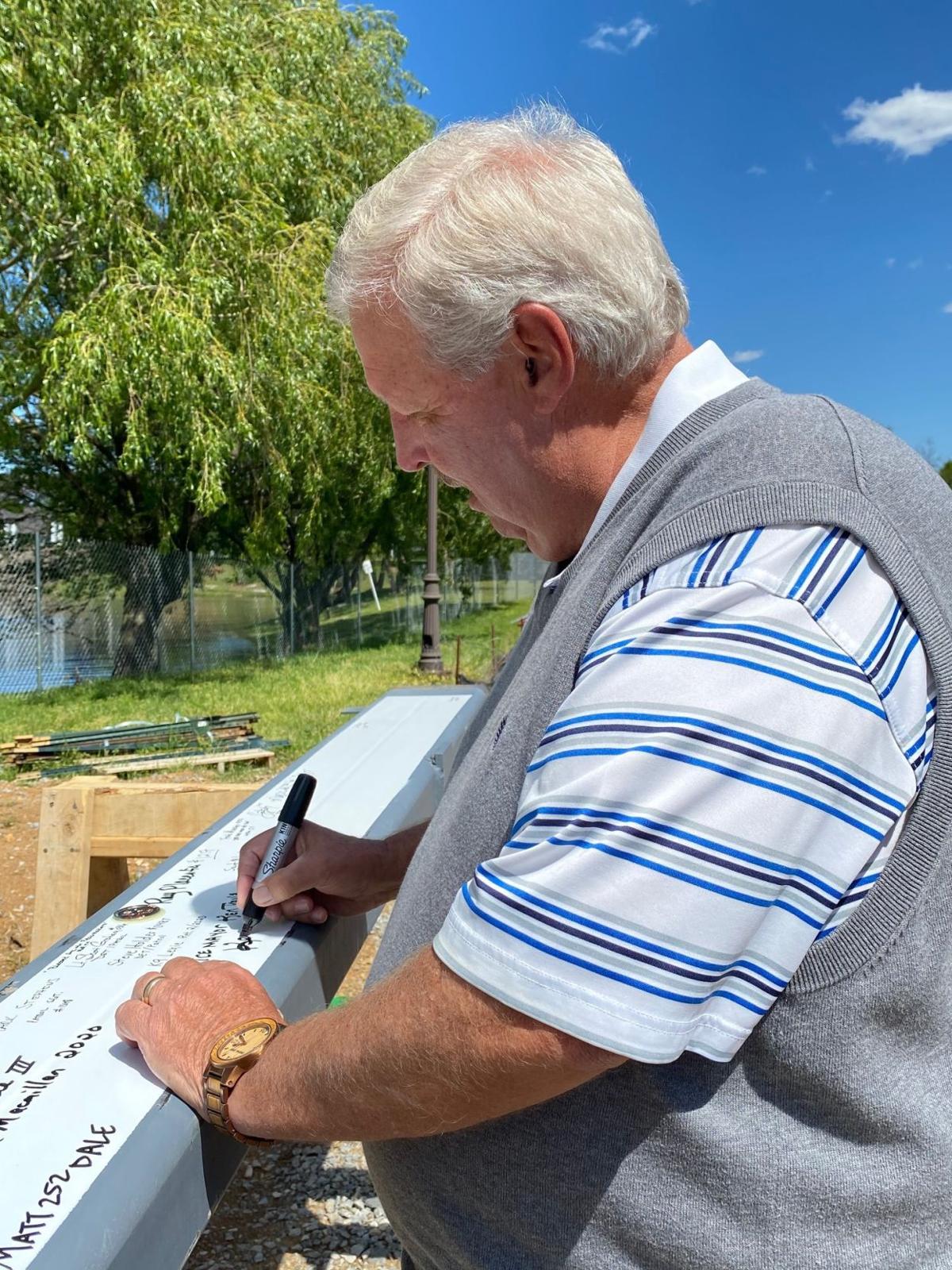 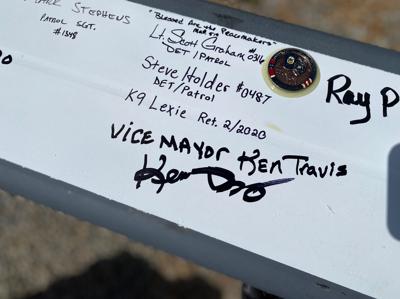 The City of Brentwood marked a milestone in the construction of the Brentwood Police Department's new headquarters with the instillation of the final steel beam of the structure.

The new HQ scheduled to open in the spring of 2021.

BPD Chief of Police Jeff Hughes was joined by others in the department's command staff on Tuesday for the installation that marked the next step in construction of the $29 million structure, the largest single capital project in the city’s history.

The final steel beam was adorned with the signatures of Hughes, Brentwood Mayor Rhea Little, City Manager Kirk Bednar and other city employees and police leaders both past and present. The beam also contained two of the department's challenge coins.

According to Hughes, the beam will be able to be seen on the inside of the building at the employee entrance.

"It will forever be memorialized in the history of this structure," Hughes said in a video posted to the department's Facebook page. "Typically when you have a construction project, the last beam that goes in place signifies a particular point in time in the construction of that building. This dates back to a Scandinavian religious rite and ritual that has kind of carried on in tradition and kind of signifies a point in time in a construction project and is similar to christening a boat with a bottle of champagne."

The city broke ground on the headquarters in September of 2019 and will house BPD offices as well as training facilities, investigative labs, a dispatch center for fire and police services, a community room, municipal courtroom and indoor firing range among many other upgrades.