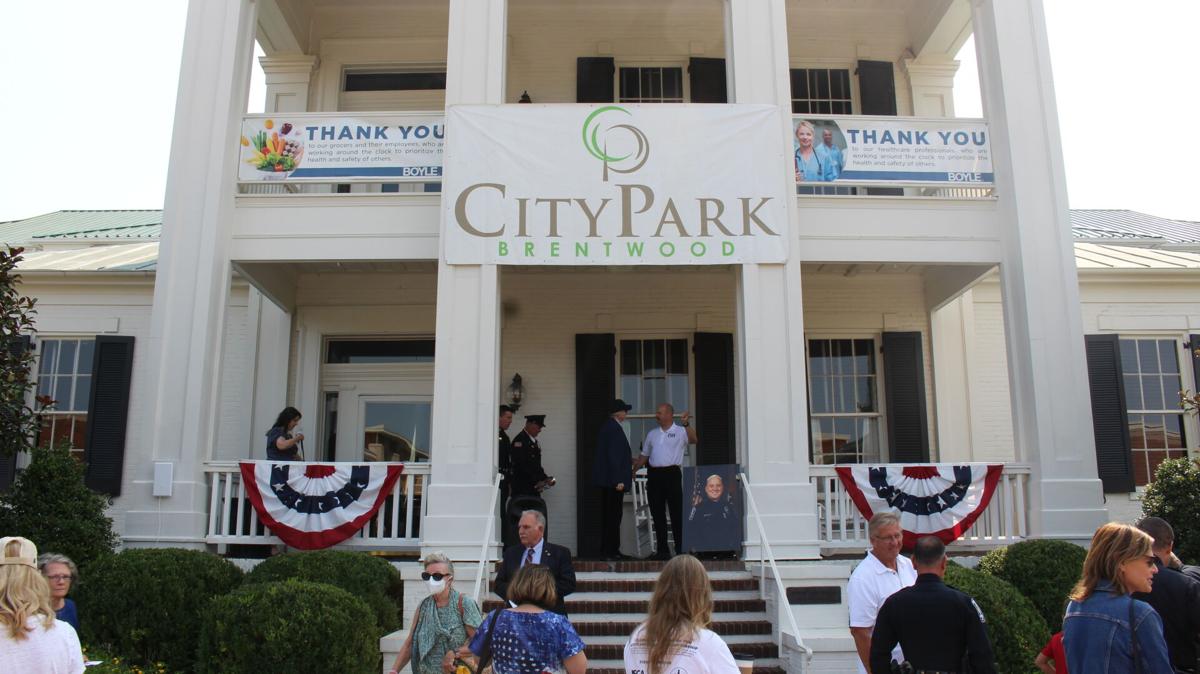 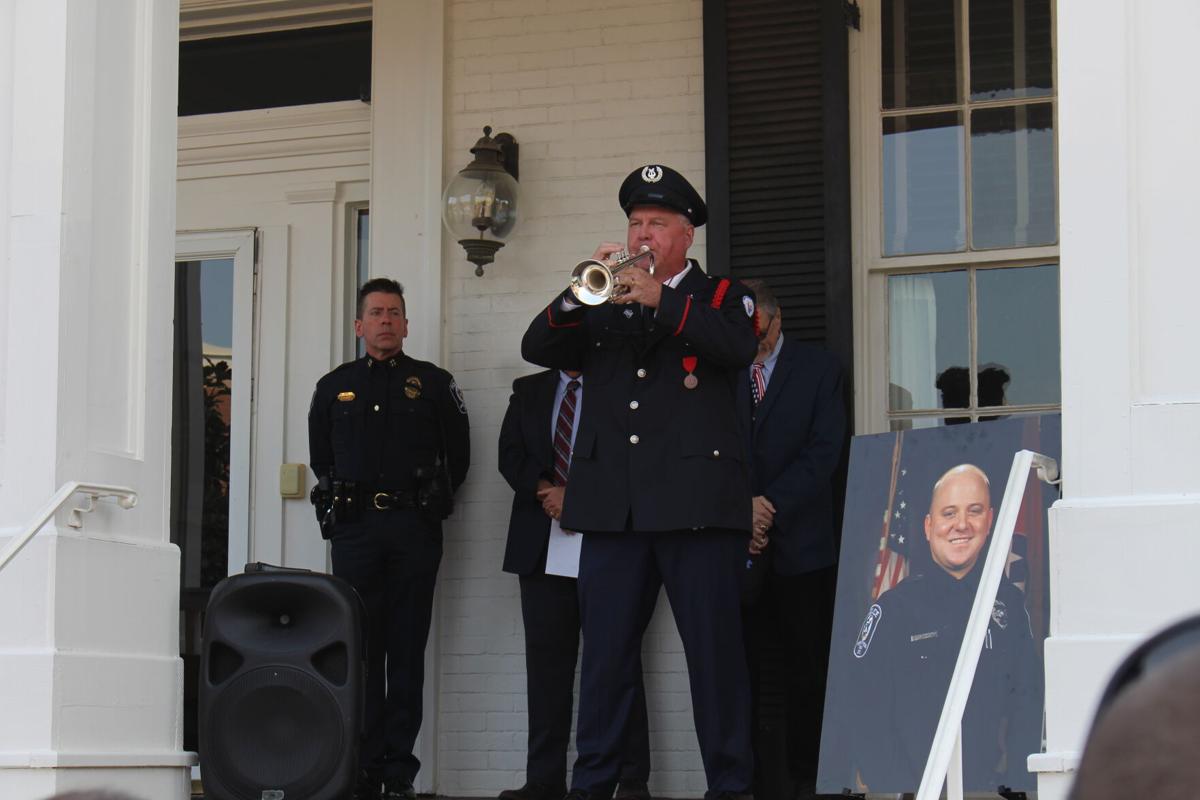 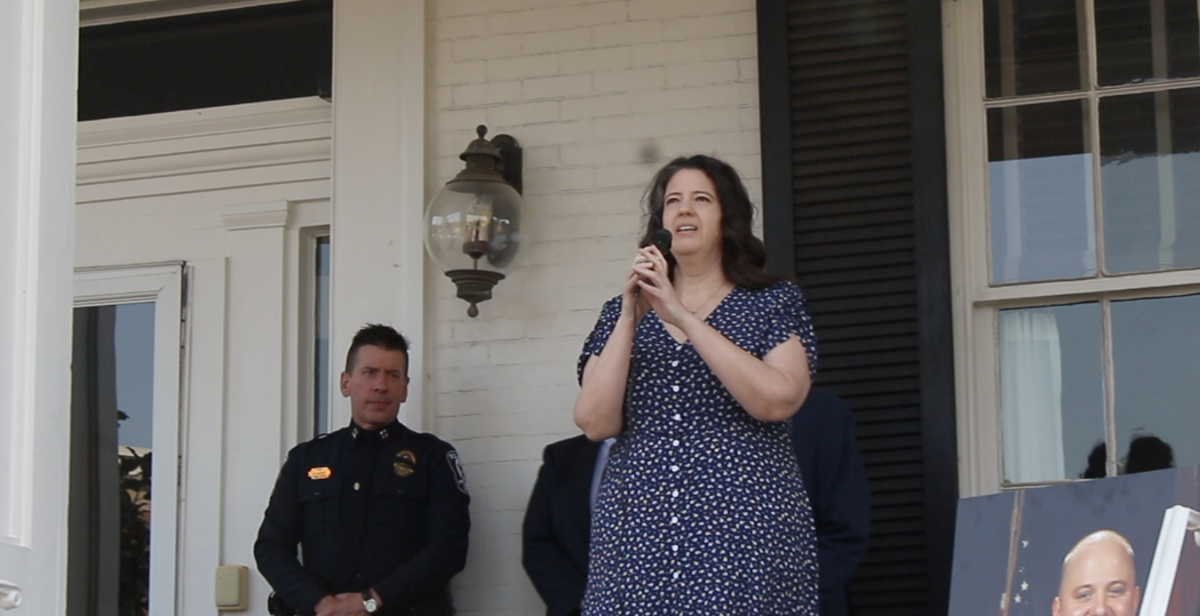 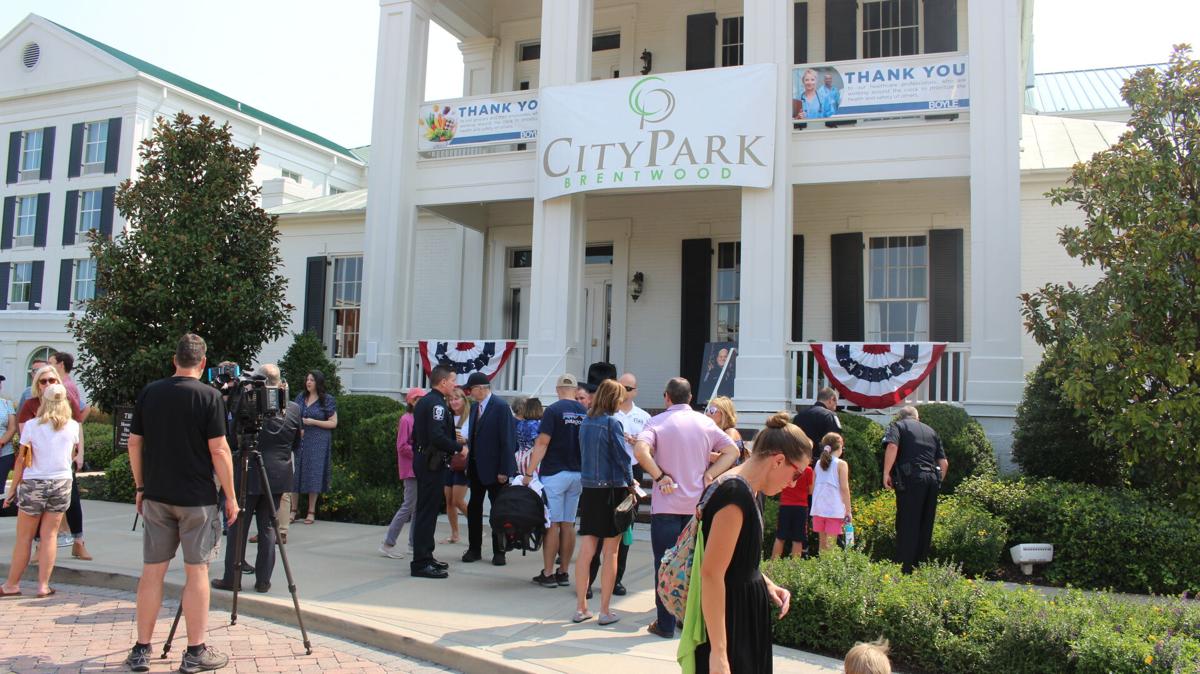 In keeping with annual tradition, Brentwood Mayor Rhea Little III led the city in ceremony to commemorate the victims, survivors and first responders of Sept. 11, 2001.

At 11 a.m. Saturday, Sept. 11, the ceremony was hosted on the steps of the historic Mooreland Mansion.

Mayor Little focused the event on thanking and celebrating first responders. In particular, he reminded the community of Brentwood Police Officer Destin Legieza who passed away on June 18, 2020 due to injuries sustained in a car accident while on duty. He “gave the ultimate sacrifice on duty protecting us in the early hours of the morning,” Little said.

Little delivered remarks regarding the terrorist attacks of Sept. 11 and elucidated how first responders that day demonstrated the kind of bravery and service that first responders not only in Brentwood but throughout the U.S. exhibit on duty every day.

“And as I reflected on that this week […], I realized that there is evil in the world, and that evil requires us to be ever vigilant,” Little added. “But good overcomes evil. The brave first responders who ran into that horror, they weren’t in the building; they ran towards it, and I can guarantee you from knowing our first responders here in Brentwood, they would make that same choice again — to serve and protect.”

On the banisters of the Mooreland House balconies above the ceremony hung banners — trademarked by CityPark developer Boyle Investment Group — thanking healthcare professionals, grocers and other frontline workers during the pandemic, those not traditionally thought of as first responders until the pandemic.

“Our first responders, when they go out, they put their lives on the line every day,” and as I reflected on all that we went through and the 9-11 events, I want each of you to thank them as you did just now.”

The historic preservation of the Mooreland Mansion at what is now 7100 Executive Center Drive made it the core of the mixed-use CityPark Brentwood development. The estate was added to the National Registers of Historic Places in 1975. Its Greek Revival architecture is complemented by the coordinated architecture of Hilton Garden Inn Nashville, which serves as its backdrop from the view of the retail corridor off Franklin Road.

The National Anthem was performed by Angela Thomas, an executive assistant at Brentwood Baptist, and Taps — the bugle call to honor the fallen — was played by Frank Fenton of Bugles Across America.