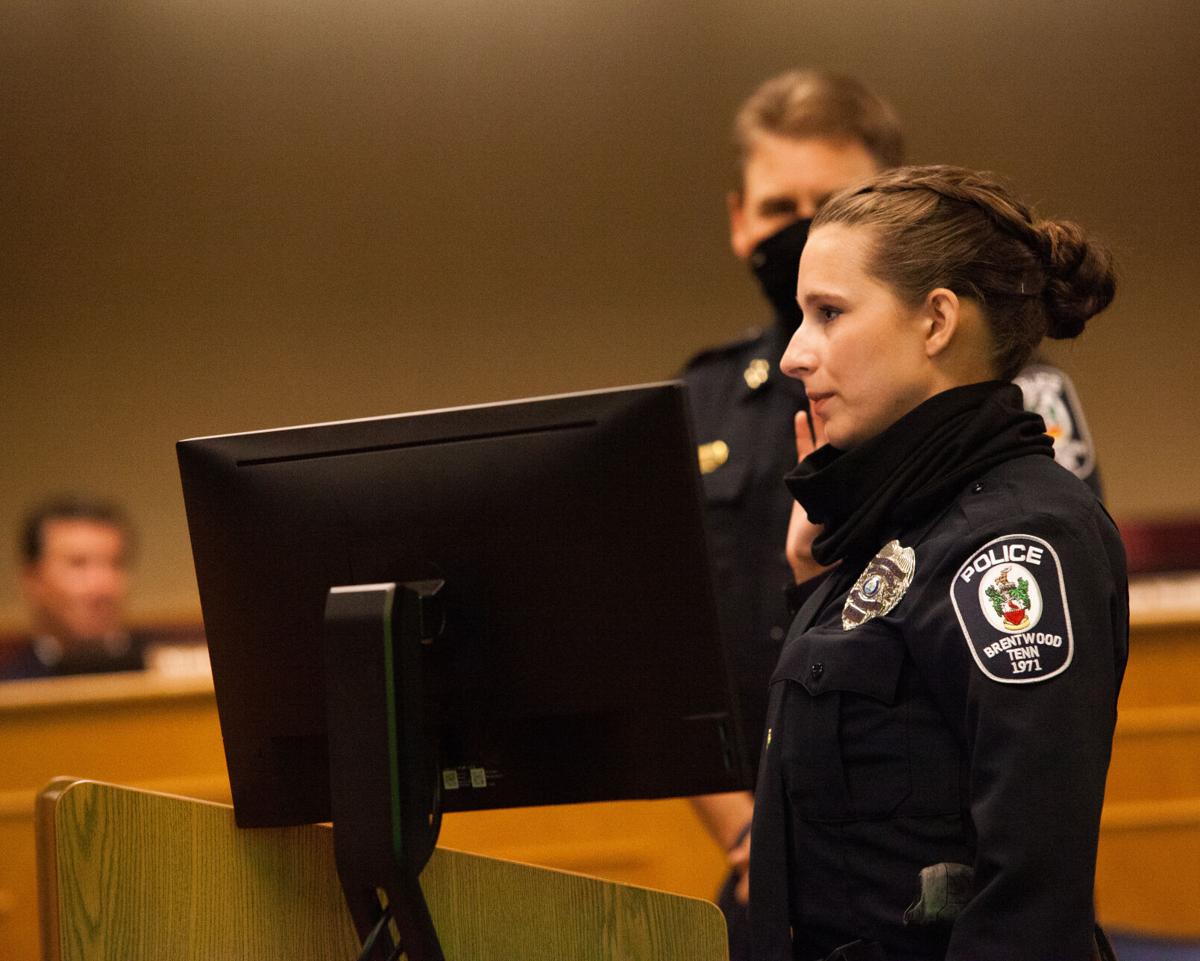 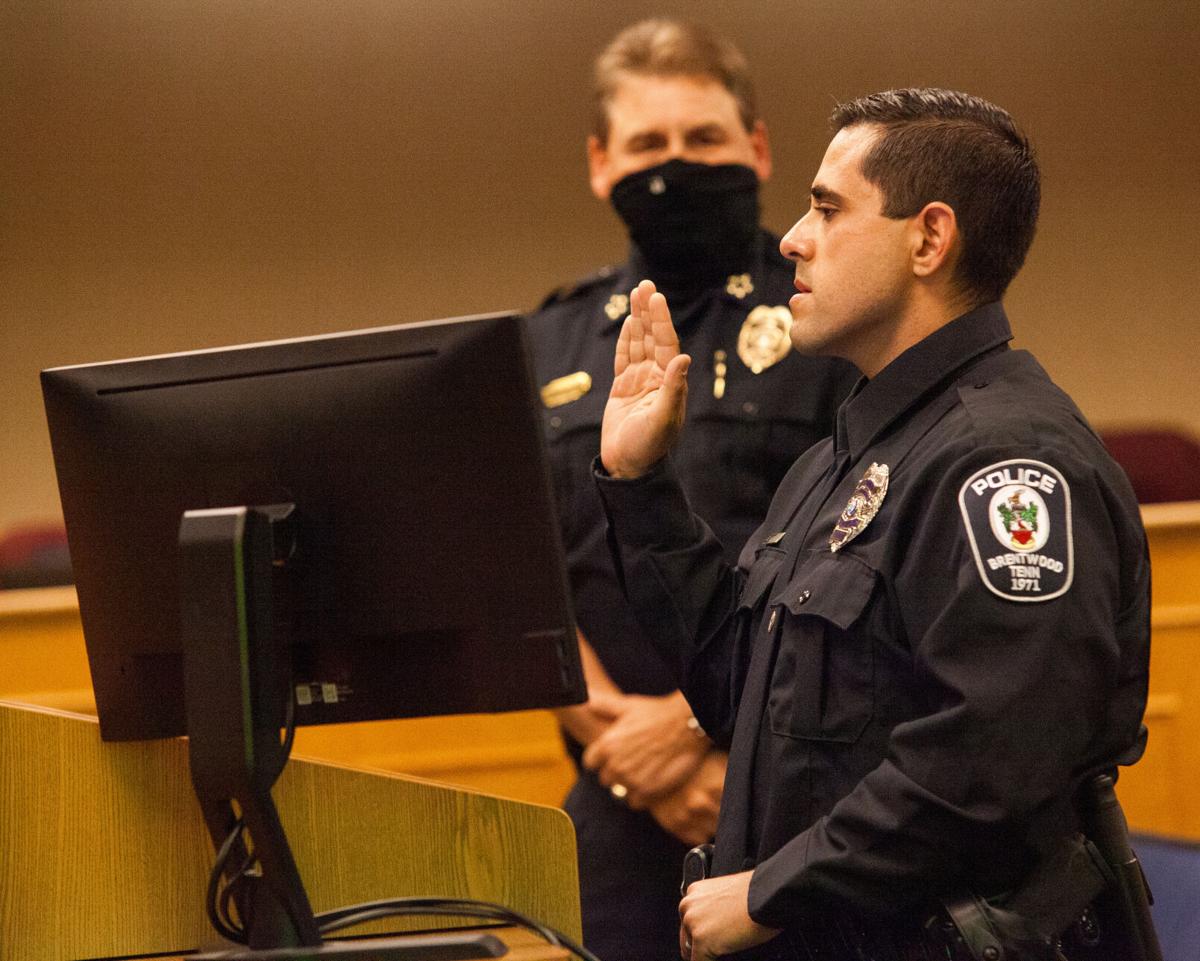 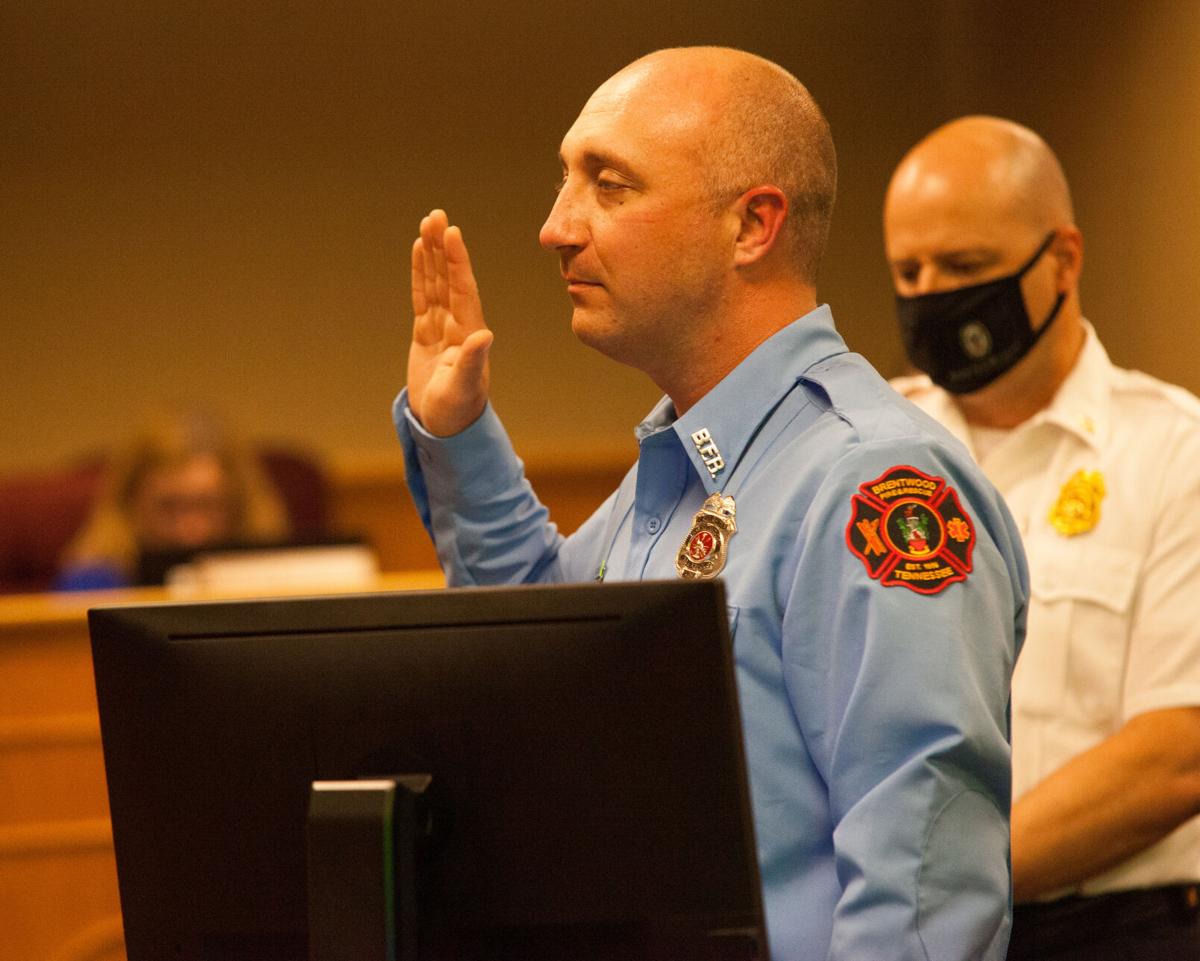 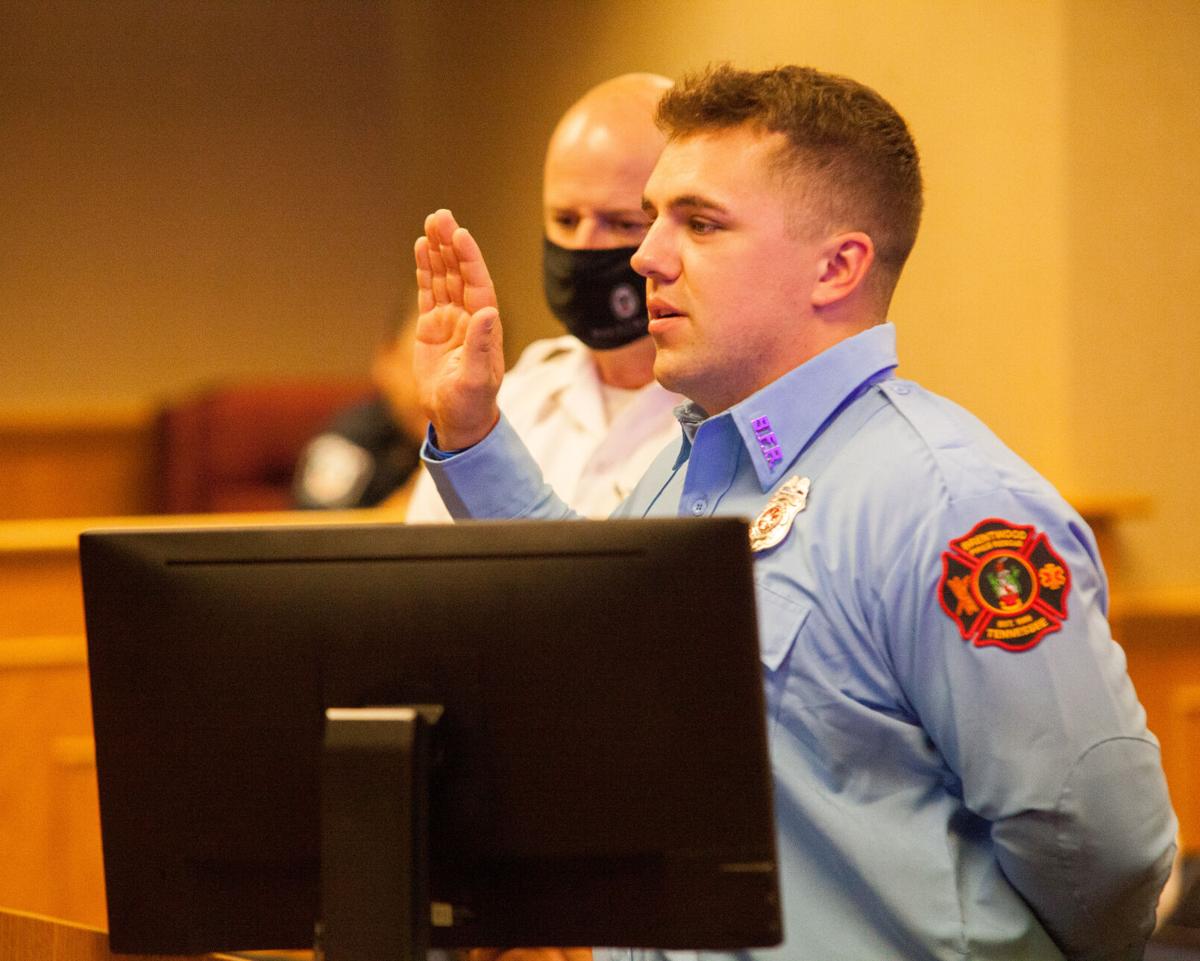 The Brentwood Police Department and Brentwood Fire and Rescue welcomed new firefighters and officers to their respective departments with swearing in ceremonies during Monday night’s Brentwood City Commission meeting.

Melissa Hughes and Ray Ulibarri were sworn in as BPD’s newest officers during Monday night’s meeting.

Hughes was raised in Illinois where she served as a police officer for four years and became a nationally certified medical technician in 2019.

Ulibarri was raised in Littleton, Co., and earned a bachelor’s degree in criminal justice and law enforcement administration and served in the Jefferson County Sheriff’s Office in Golden, Co.

Lawson is from Eastern Michigan where he served with both the Clay Township and Marysville Fire Departments, and graduated from the Lansing Community College Fire Academy in 2018 with his Firefighter I and II, and National Registry EMT certifications.

Collier has served for the past nine years as a firefighter-paramedic with the Columbia, Tenn., and Metro Nashville Fire Departments, and he completed his Paramedic coursework at Columbia State University.

The Commission also recognized Battalion Chief David Harber, who holds the dual designation as both a Fire Officer and Chief Fire Officer, and Lt. Jay Williamson, who is a Fire Officer Designee.

Finally the Commission recognized Engineer Zachary Scheitel as Firefighter of the Year. Read full stories on those award recipients here.