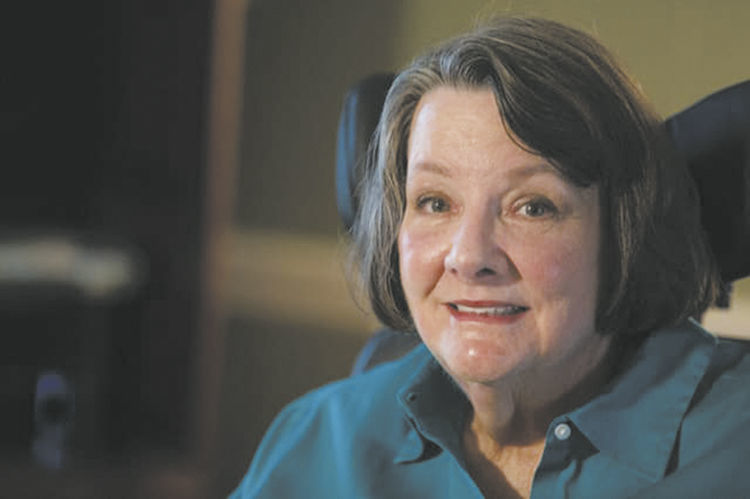 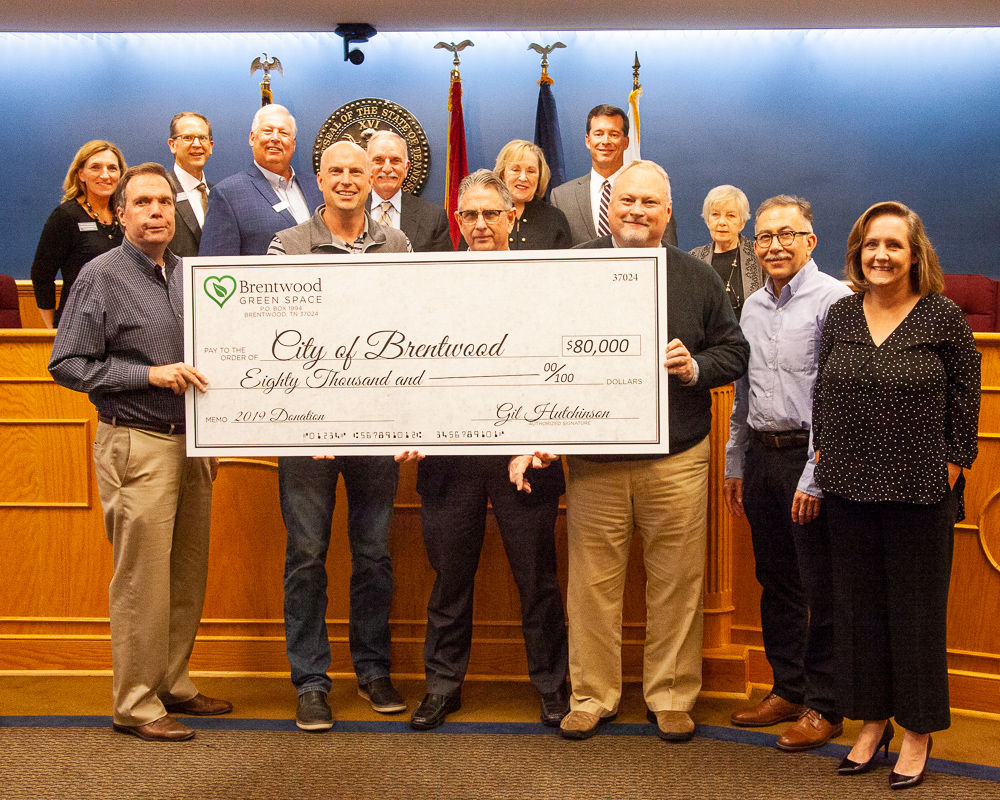 The Citizens for Brentwood Green Space present the Brentwood City Commission with an $80,000 check.

The Citizens for Brentwood Green Space present the Brentwood City Commission with an $80,000 check.

The Brentwood City Commission will vote on a proposed name change for the Tower Park Dog Park to honor a late community volunteer.

Miss Peggy's Bark Park is the proposed name change that was unanimously approved on Monday by the Brentwood Parks Board to honor a late citizen and volunteer Peggy Howell. Citizens for Brentwood Green Space board member Gil Hutchinson represented the group at the Park Board meeting.

"I think it's an amazing idea, and Peggy was certainly an amazing woman," Park board member Vicki Sanford said in the Park Board meeting.

On Oct. 28 the CBGS made a donation of $80,000 to the city that included approximately $66,000 of funds from a bequest from the estate of Peggy Howell to CBGS.

Howell was a well known community volunteer who loved dogs, and as part of its inclusion of the funds from the Howell bequest in the recent donation, CBGS requested that the City permanently rename the dog park Miss Peggy's Bark Park.

The Tower Park Dog Park is currently sponsored by Mars Petcare whose sponsorship expires in February 2020, after which the name change would take place if it is approved by the Commission.

The name change would cost $2,500 and come from those bequest funds while city staff recommends that the remaining funds be kept in a separate account and be dedicated to future major maintenance and enhancement of the dog park, including any new signage required.