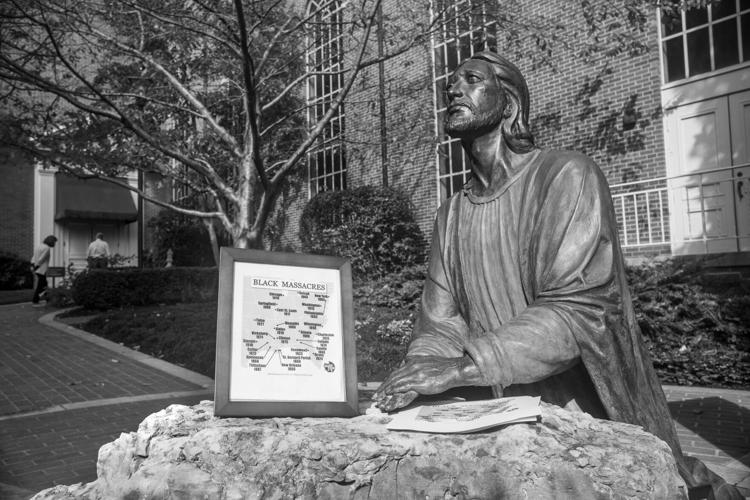 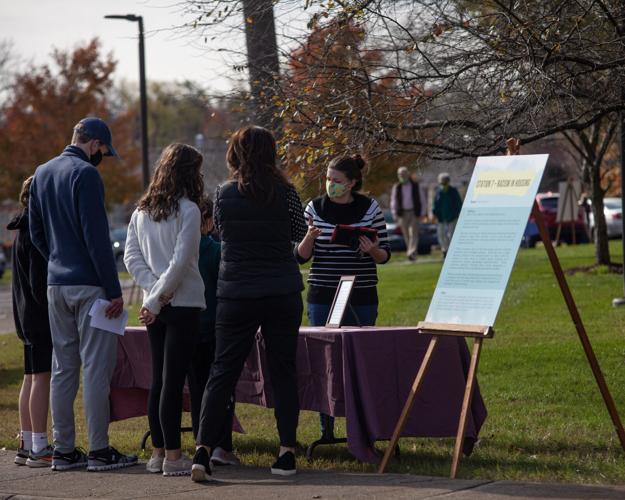 Brentwood United Methodist Church held an outdoor prayer walk on Saturday as part of their continued efforts to highlight and combat racism.

The self-guided tour featured 12 prayer stations that informed and challenged viewers to reflect on more specific examples of racism within the judicial system and a map of mass killings in African American communities as well as stations to spark faith-centered conversations and prayers to combat racism.

Brentwood UMC Director of Evangelism Shelby Slowey said that the congregation first began actively addressing racism a few years ago, which led them to partner with several predominantly African American churches in Nashville for combined classes and worship services which eventually evolved into a monthly dinner group.

Church member Sherrie Cavin is a part of the dinner group that now meets via Zoom with around 100 members.

"It was really just so we could learn from each other," Cavin said.

In February, the Brentwood UMC held a Faith Forum to discuss the role of faith in tackling racism.

And after the death of George Floyd in Minnesota in the spring sparked protests across the country the church held additional programs including a group study of the book "Color of Compromise," which saw 130 enroll.

Slowey said that those events have led to a continued interest in the having conversations around faith and race, something she said is central to her faith and to understanding and loving all people in the Brentwood community and beyond.

Brentwood UMC Senior Pastor Dr. Davis Chappell said that this effort is one of many that the church has taken to bring faith and real world help to those in need both in Williamson County and across the world.

"I think people are concerned about racial reconciliation, I know we are as a church, and we want to see all of God's children run in this race together and loving each other," Chappell said. "So we've got a strong group of faithful people who think that's important, and I'm one of them and I'm grateful for it."

More information about Brentwood UMC including future events can be found here.