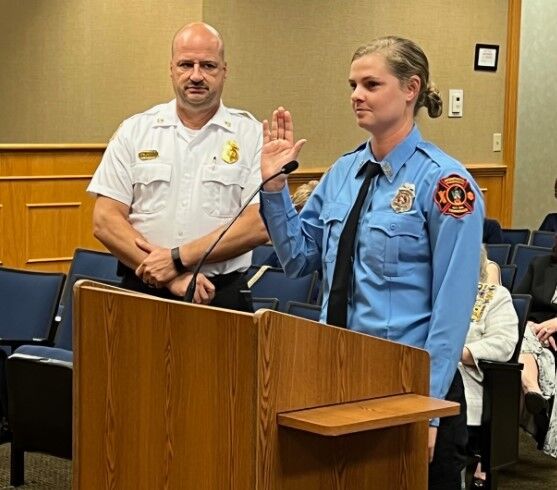 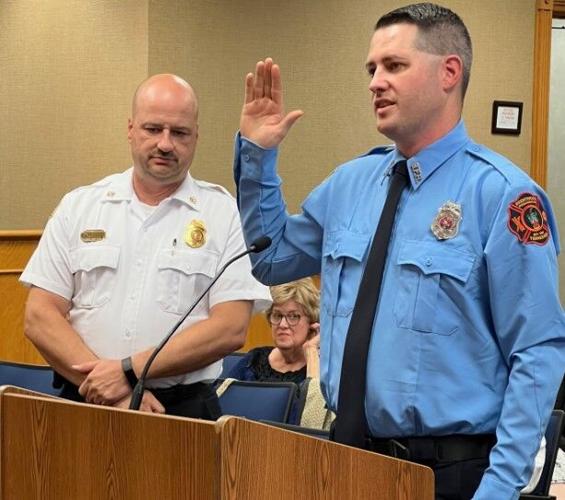 Brentwood Fire and Rescue welcomed two of their newest firefighters during Monday night's City Commission meeting.
Firefighter Lauren Brigance and Firefighter Josh Carter were both sworn in by Brentwood Mayor Rhea Little, and BFR Chief Brian Goss introduced both firefighters.
Brigance was born and raised in Jacksonville, Florida, and moved to Middle Tennessee in 2020.
She is a fully certified Firefighter II and EMT, and is currently enrolled at the University of Florida where she is working on earning her bachelor’s degree in Emergency Management.
"Her reason for becoming a firefighter wasn't through family ties like Josh, but rather after being exposed to a fire in her own home while in high school, and seeing the vital job that we did in her case personally," Goss told the Commission.
Carter is a Lawrenceburg, Tenn., native who previously worked for the Columbia Fire Department, and is a third-generation firefighter.
He is a fully certified FFII and EMT-Advanced and holds certifications as a rope technician and swiftwater technician as well as other specialties.