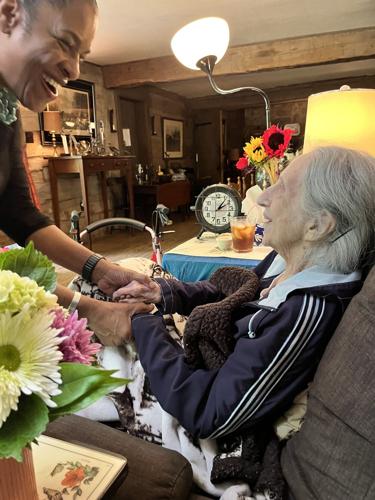 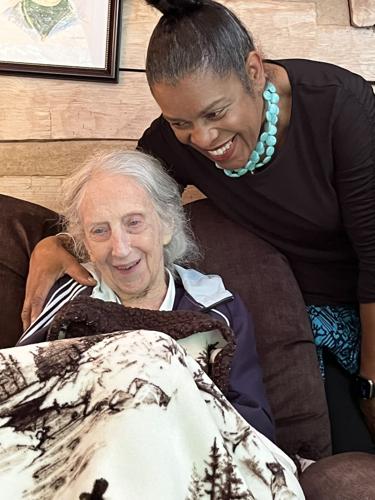 On any day at Vanderbilt University Medical Center’s Stahlman Neonatal Intensive Care Unit, critically ill newborns as young as 22 weeks of life will survive their premature birth 18 weeks early and grow up to live healthy lives.

Yet as recently as the 1960s, Patrick Bouvier Kennedy, the son of President John F. Kennedy, did not survive having been born five weeks premature with underdeveloped lungs. In 1963, there were few nurseries that had the equipment or expertise that could have assisted baby Patrick.

There was one, however, located at Vanderbilt Hospital, created and directed by a female physician who turned 100 years old on July 31.

Her name is Mildred T. Stahlman, MD, Vanderbilt University Professor Emerita of Pediatrics and Pathology, Microbiology and Immunology – for whom Vanderbilt’s Stahlman nursery is named. Her career began at Vanderbilt in 1951 and continued for the next 60 years.

Folklore says that Stahlman was consulted by the Kennedy’s physicians, but there was no way to quickly move the equipment to Boston, where the baby was then hospitalized. He passed away in less than two days.

Her groundbreaking work in the field of respiratory distress led to development of one of the first modern premature neonatal intensive care nurseries in the world. In 1961, Stahlman conducted a life-saving experiment with an infant baby girl who was born premature and was dying of respiratory distress syndrome (then called hyaline membrane disease). Stahlman offered the family the opportunity to utilize a specially built, premature infant-sized respirator that saved the newborn’s life.

Stahlman described the event in a 1980 article, “Within a few weeks of opening our laboratory, an infant was born in our hospital with severe hyaline membrane disease. It happened to be the baby of a senior medical student. We thought the infant would surely die, despite oxygen by mask and scalp-vein buffer, which were the extent of our therapeutic armamentarium at that time. We offered to put the baby in our negative-pressure tank-respirator, if the parents were willing…the baby was sealed in the tank where she remained for five very tiring, but enormously instructive days. She was successfully weaned from her ventilatory assistance, and much to our relief, her umbilical catheter could be removed, and she is now a beautiful twenty-year-old girl with an I.Q. of 140.”

Mildred – Millie to her friends – and Dr. Stahlman to those she trained with rigor and high expectations ­– is recognized as one of the world’s founders of modern neonatology – a new specialty of pediatrics in the 1960s.  She would go on to conduct research on prevention and treatment for premature infants, help design the board examination for the specialty, start Vanderbilt’s regional neonatal transportation system and create Vanderbilt’s subspecialty neonatal training program that would train more than 80 international fellows.

Stahlman was a petite woman known for her quick temper in the laboratory and nursery, but who also extended warm hospitality to her trainees, faculty members and friends. She was born and raised in Nashville – attending Ward-Belmont School and Vanderbilt University. She was an early trailblazer as one of four women in her medical school class, graduating from Vanderbilt Medical School in 1946.

She trained in pediatrics and cardiology in Cleveland, Boston, Chicago and Stockholm, Sweden, often as the only woman in the program. Rather than pursue clinical pediatrics she chose to accept the invitation to study and subsequently teach newborn cardiopulmonary physiology with Vanderbilt’s Director of Clinical Research Center, Professor Elliot V. Newman, MD, a cardiologist and pioneer in circulatory physiology. These studies allowed her to build on her interest in the physiology of newborns, which began during her year studying in Sweden.

Stahlman became the director of the Vanderbilt neonatal intensive care division in 1961 and she remained in that position until she stepped aside in 1989. Her research would continue until 2010. She has received the highest awards given by the American Academy of Pediatrics and the American Pediatric Society and was inducted as a member of the Royal Swedish Academy of Sciences and the Institute of Medicine.

Her Nashville roots are deep as she is the daughter of the late James Geddes Stahlman and Mildred Porter Thornton Stahlman Rhett. Stahlman’s great-grandfather purchased the Nashville Banner in 1885 and her father became publisher of Nashville’s evening paper when his grandfather died in 1930. After more than 40 years of publishing, her father sold the paper in 1972.

Stahlman’s paternal grandmother, Mary Geddes Stahlman, was an avid amateur iris gardener and along with Vanderbilt Chancellor James Kirkland, both won the top honor given annually to an iris in 1936 (Stahlman) and 1938 (Kirkland).

Her sister, Ann Stahlman Hill, was a tireless philanthropist and a leader in developing the Nashville Children’s Theater, serving as president, treasurer and board member. She served on international Children’s Theater organizations and was the first woman president of the Southeastern Theatre Conference.

Stahlman currently lives quietly in a Nashville suburb of Brentwood in her modernized, but authentic log cabin with her dog, Queenie. She celebrated her 100th birthday with a few friends and family.

Stahlman was not one to look back on her accomplishments, but when asked, she once said, “Many people did much more than I did. My idea of science is that everything is built on the backs of somebody else.”

Corey Nason Reese is a freelance writer in Brentwood. She is working on a biography of Dr. Stahlman. Website: cnreese.com