In the lawsuit, filed Dec. 1 in Davidson County Chancery Court, Bridgestone contends that it is owed money related to tax incentives promised as part of the major manufacturer’s recent relocation to a new office tower in downtown Nashville. The state allegedly missed deadlines to refund the payments.

In sum, Bridgestone is seeking $11,766,425, plus attorney fees, from the state. That’s just a portion of the tens of millions of dollars promised to the company by both the state and Metro Nashville. Bridgestone is represented by attorneys from Waller Lansden Dortch & Davis. Bridgestone representatives did not respond to a request for comment.

Bridgestone in 2014 announced plans to move downtown from a building near Nashville International Airport. The move also included the consolidation of various American divisions in one building, bringing in jobs from other facilities in Illinois and Indiana.

“Uniting teammates from our core business units in one location is fundamental to continuing to build a bright, sustainable future for our company,” Gary Garfield, then-CEO and president of Bridgestone Americas, said in 2014. “Under one roof, we will increase collaboration, innovation and growth across our lines of business. … We received world-class receptions and very competitive offers from several major cities. At the end of the day, Nashville prevailed. The city offers a great quality of life and low business costs, with a reasonable cost of living for our teammates.”

Update: A spokesperson for the Tennessee Attorney General's Office responded in a statement: "As the complaint states (in paragraph 27), this action was brought to protect Bridgestone's rights to seek refunds in the requested amounts because the Department of Revenue has been unable to complete its review of the refund claims prior to the deadlines for filing suit. The Department takes seriously all of the refund claims outlined in the complaint and will respond appropriately in due course." 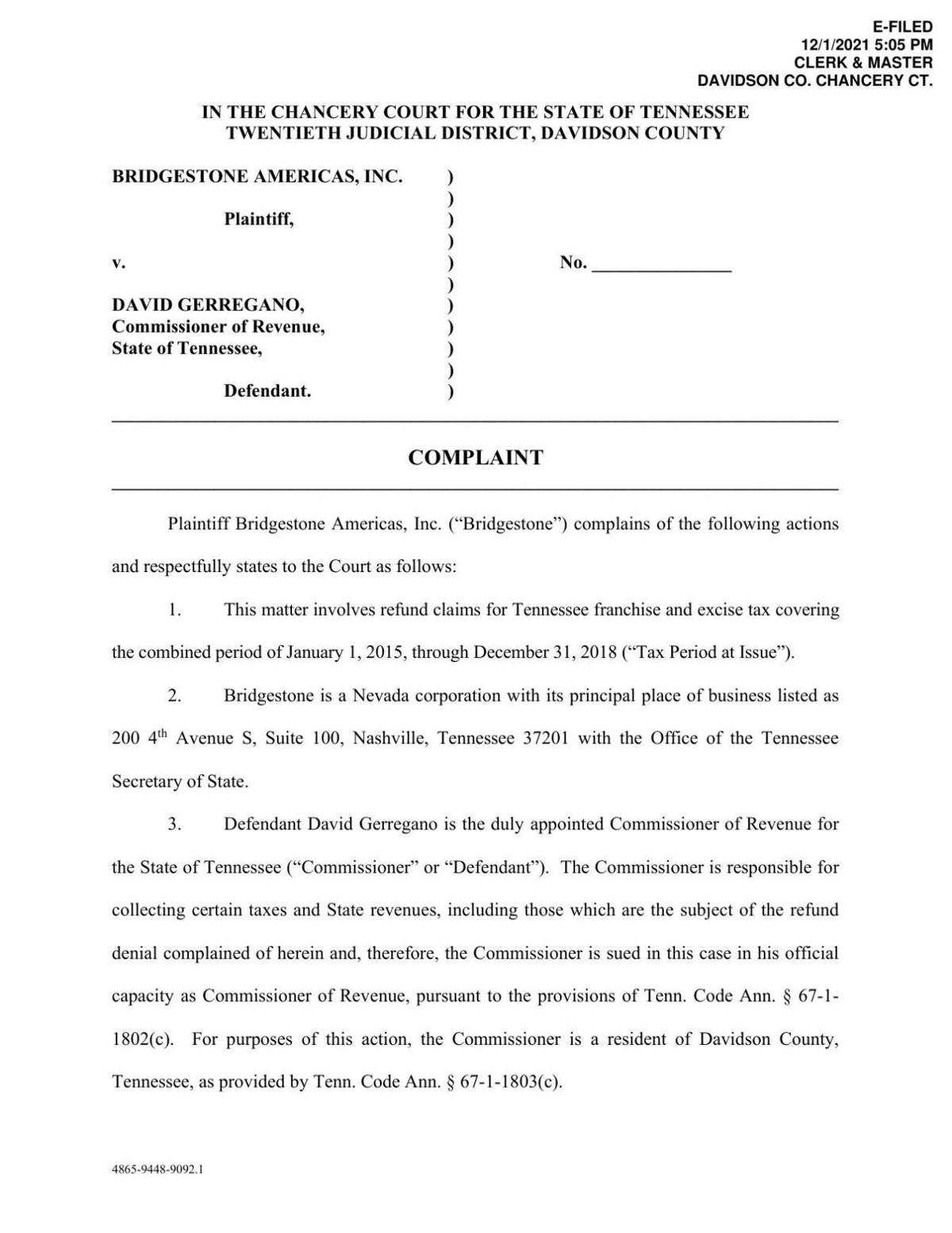