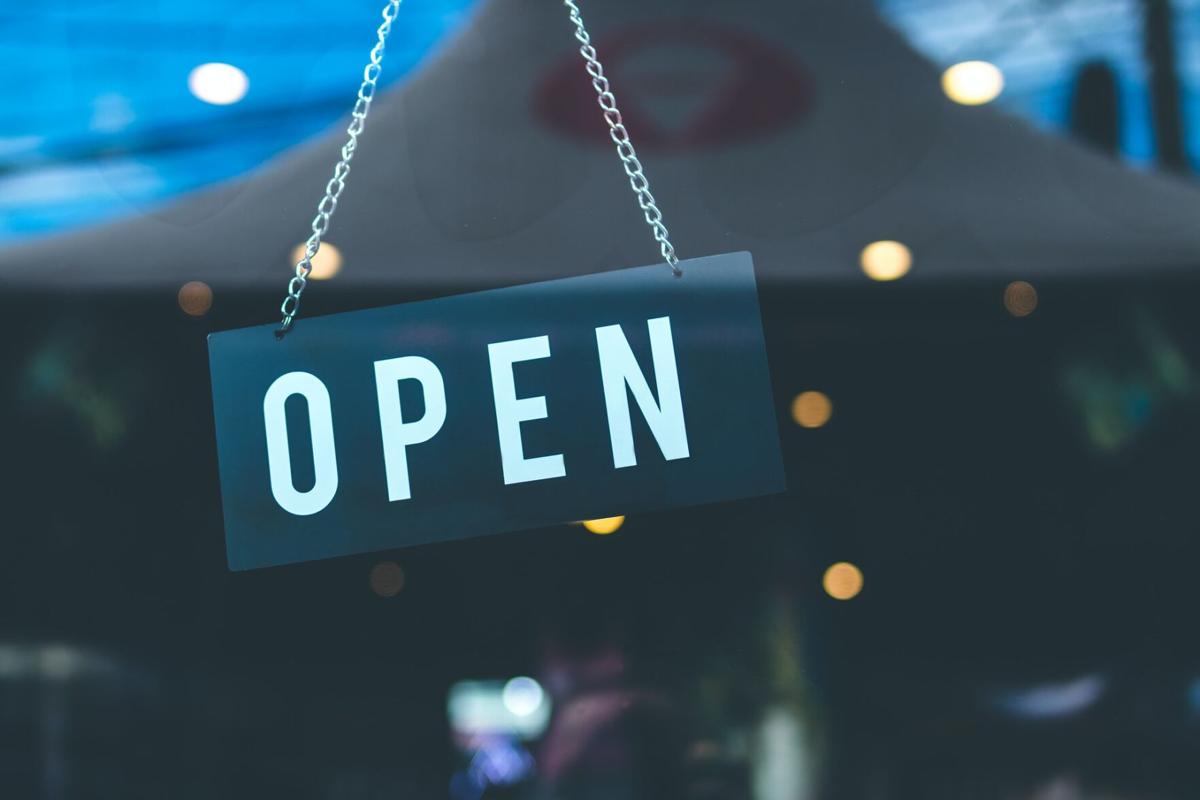 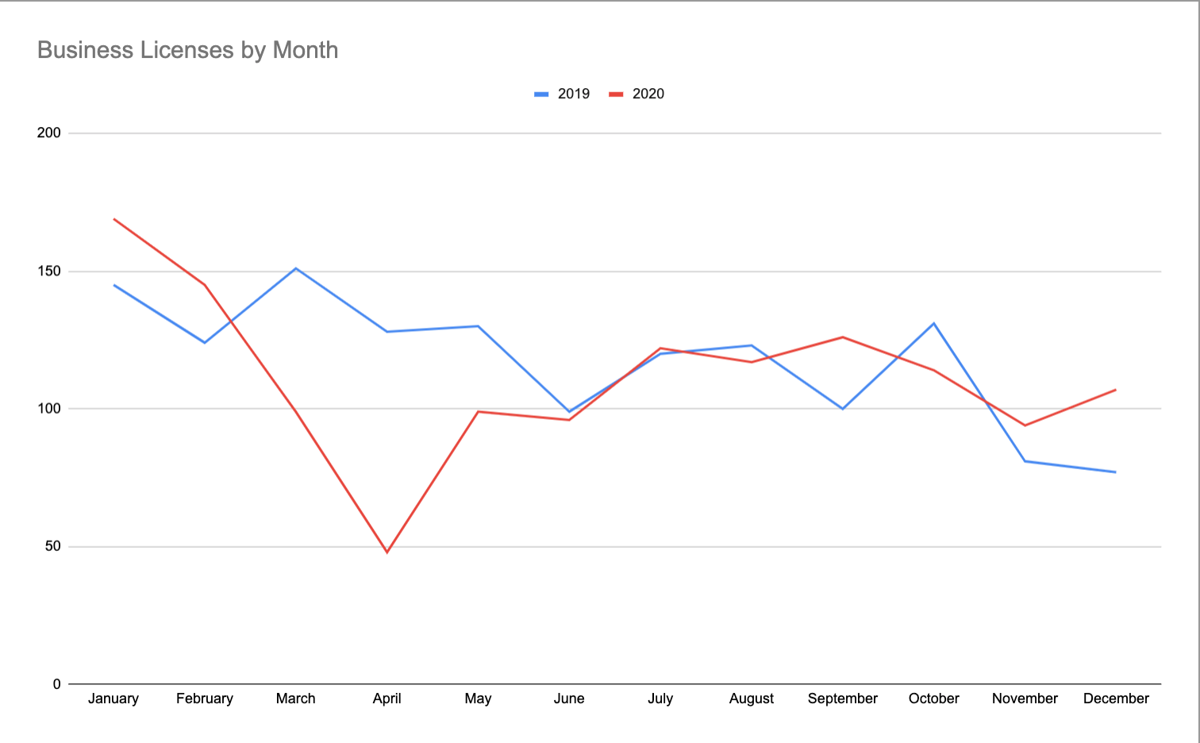 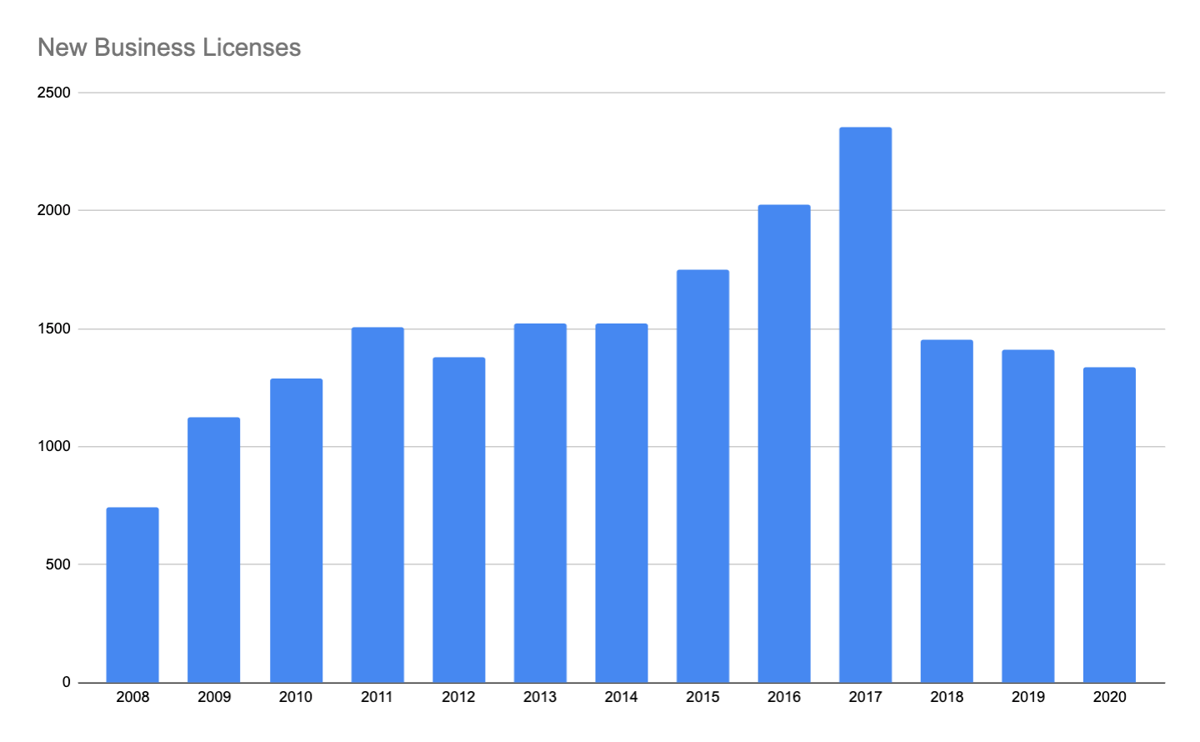 Overall, 2020 was the slowest year for business starts in a decade, largely because of the huge dip in new licenses during the spring.

However, starting in the summer, entrepreneurs quickly bounced back with new ideas, often addressing problems directly related to the pandemic, and started innovative businesses.

About 1,330 people started businesses in Williamson County last year. That’s down about 5 percent from the year before and the lowest total since 2010.

The number of new business licenses plunged dramatically during the spring. Only 48 people applied for business permits in April, down more than 60 percent from the year before. Optimism in the business community was low and county offices were mostly closed during the height of lockdowns.

"They can say so many different things about the economy,” he said.

For 2020, it’s a mixed bag. On the one hand, new business licenses represent new innovations and show that people feel confident about the economy.

However, business licenses also spiked in Williamson County during the 2008 financial crisis because many people working in corporate America lost jobs. Starting a new venture often involves more risk and a smaller paycheck, but many of the people who lost jobs had the skills and experience needed to start a business.

However, Williamson County’s economy fared relatively well compared to other places because many employees at large companies were able to work from home and didn’t lose their jobs. That means they weren’t forced to start new businesses.

"Our jobs, we're fortunate that a lot of them were able to go remote, especially from some of the larger companies like Mars, Tractor Supply and Nissan," Largen said. "Now, if you're a small business and you're a bakery, you cannot operate your bakery remotely. You have to be there, but that bakery relies on people from Mars getting to keep their job.”

The big question for 2021 is whether Williamson County’s small businesses will be able to hold on until most people are immunized against the new coronavirus. Some people are receiving their first doses of the vaccine, but the rollout is moving slower than anticipated.

The renewal of the paycheck protection program could help many small businesses that are still hanging on. However, the 1,330 people businesses that started during the pandemic don’t qualify for those funds.

In the end, Largen says business licenses numbers are a bit of a Rorschach test, possibly revealing more about the observer than the economy itself.

"They are meaningful, but the meaning is open to interpretation," he said. "We're measuring apples to apples, but how you interpret that information makes all the difference."