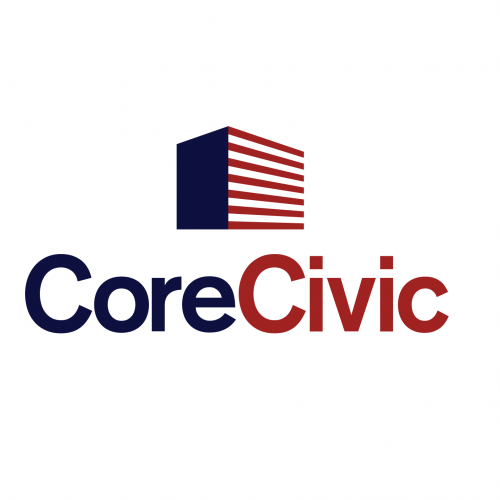 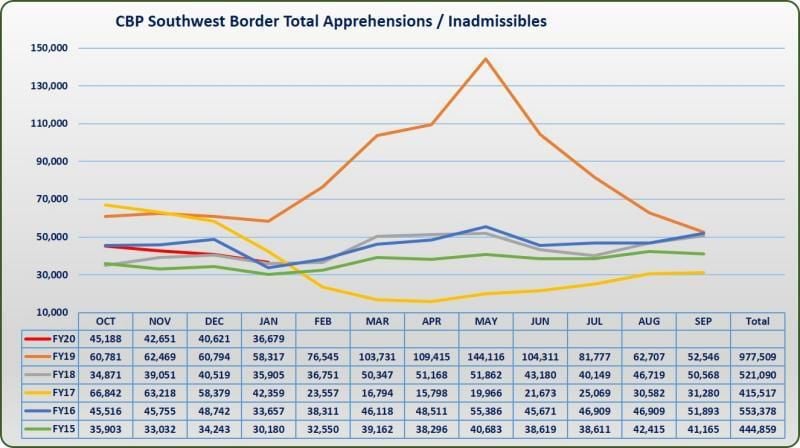 Border apprehensions spiked last summer, but have since returned to normal.

CoreCivic benefited from increased migration because Immigration and Customs Enforcement is by far the company’s largest client. On Wednesday, CoreCivic reported nearly $2 billion in revenue and a net profit of $189 million for 2019.

Customs and Border Protection apprehended more than 900,000 people in 2019. The agency only stopped around half that number in the previous four years. The vast majority of ICE detainees are first apprehended by the border patrol.

The number of border apprehensions peaked in May 2019, and since then have fallen back to more normal levels.

On a conference call to discuss the company’s 2019 financial results, CoreCivic executives said the falling number of migrant apprehensions slowed revenue growth at the end of the year. CoreCivic expects migrant crossings to remain at the current level and is forecasting lower profits for 2020.

“Our fourth quarter included lower utilization by Immigration and Customs Enforcement than we forecasted. Our initial guidance for 2020 does not assume ICE utilization will return to the elevated levels experienced in 2019, when the agency and the country faced a humanitarian crisis,” CEO Damon Hininger said, according to a press release.

Paradoxically, the White House recently asked for an increase in funding for Immigration and Customs Enforcement. The Trump administration recently proposed funding for 60,000 ICE beds even though apprehensions have returned to lower levels.

On an average day in fiscal year 2019, ICE was detaining more than 50,000 people, an increase of nearly 20% from the year before. Even at the height of apprehensions, ICE only reported detaining about 56,000 people.

The proposed White House budget is more like a signal of administration priorities than a true indicator of future funding. While the White House proposes a budget, Congress ultimately makes decisions about funding.

While acknowledging that the proposed budget isn’t likely to pass through Congress unchanged, Hininger said it is a good signal from the Trump administration.

“You know as well as I, that's got to go through Congress and the House and the Senate,” he said. “But at least (it) gives you a preview of what the administration is looking for next year.”

The proposed budget certainly sends a more positive signal than the message from Democrats running for president who have all called for an end to private prisons.

In addition to lower levels of immigration, CoreCivic executives said higher interest rates could also cut into profits in 2020.

Many American banks have decided to stop lending to the company because of public opposition to the private prison industry. Late last year, CoreCivic managed to secure a new loan, reportedly through a Japanese bank, but that loan has a high interest rate.

CoreCivic used the loan it secured last year to pay off the remainder of an older, $325 million loan that would have matured in 2020. In October 2022, another $250 million loan will mature.

“We deliberately tempered our M&A activity in 2019 due to the market valuation of our equity and debt securities throughout the year, which resulted from politically motivated attacks on the company and our industry,” he said on the conference call.

He added that since CoreCivic received the new loan, the price of the company’s corporate bonds has improved.

Locally, the Nashville Metro Council is currently debating whether or not to end its contract with CoreCivic. The council voted in favor of the proposal to end private prison contracts on an initial vote and has been refereed to a budget committee.