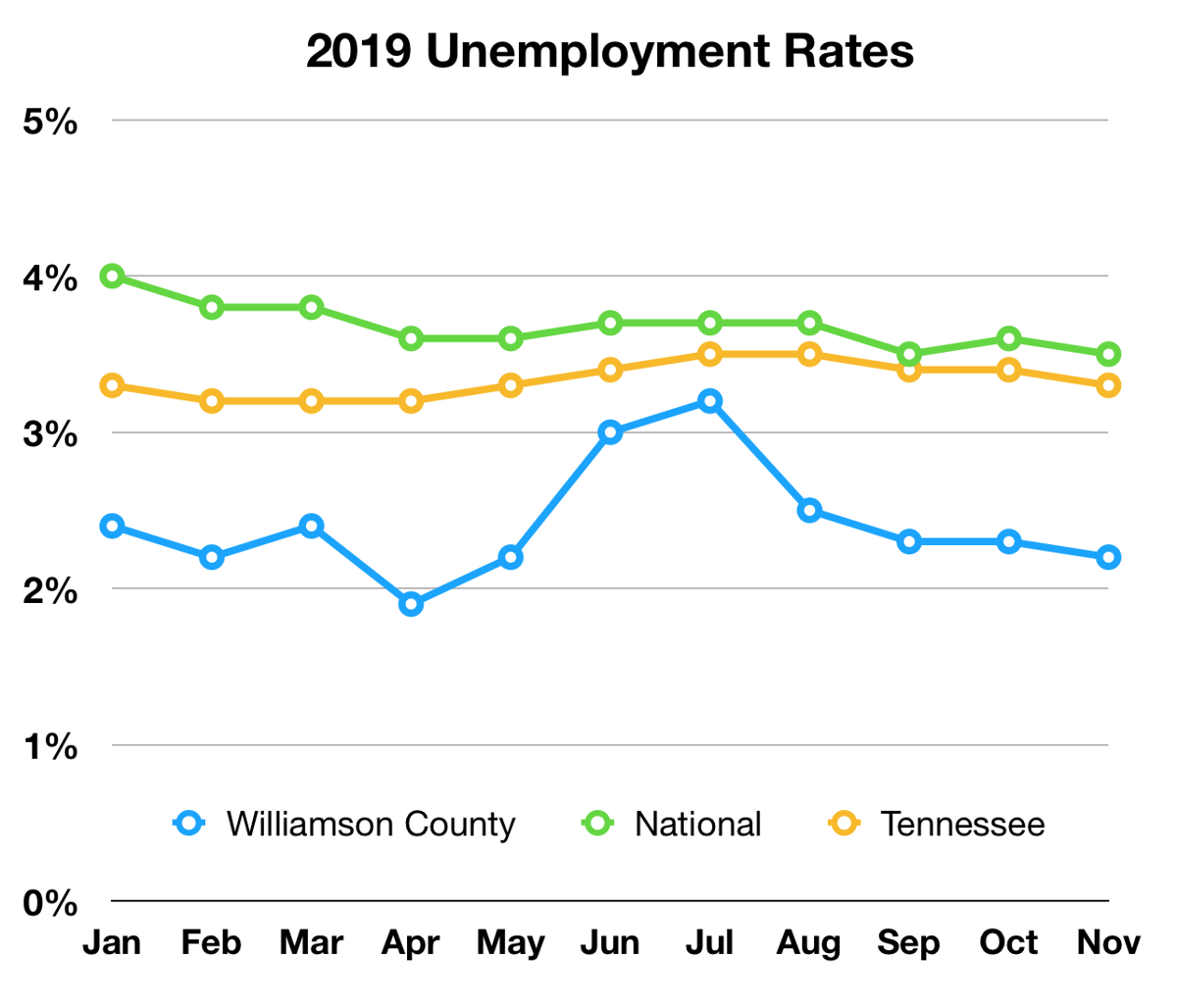 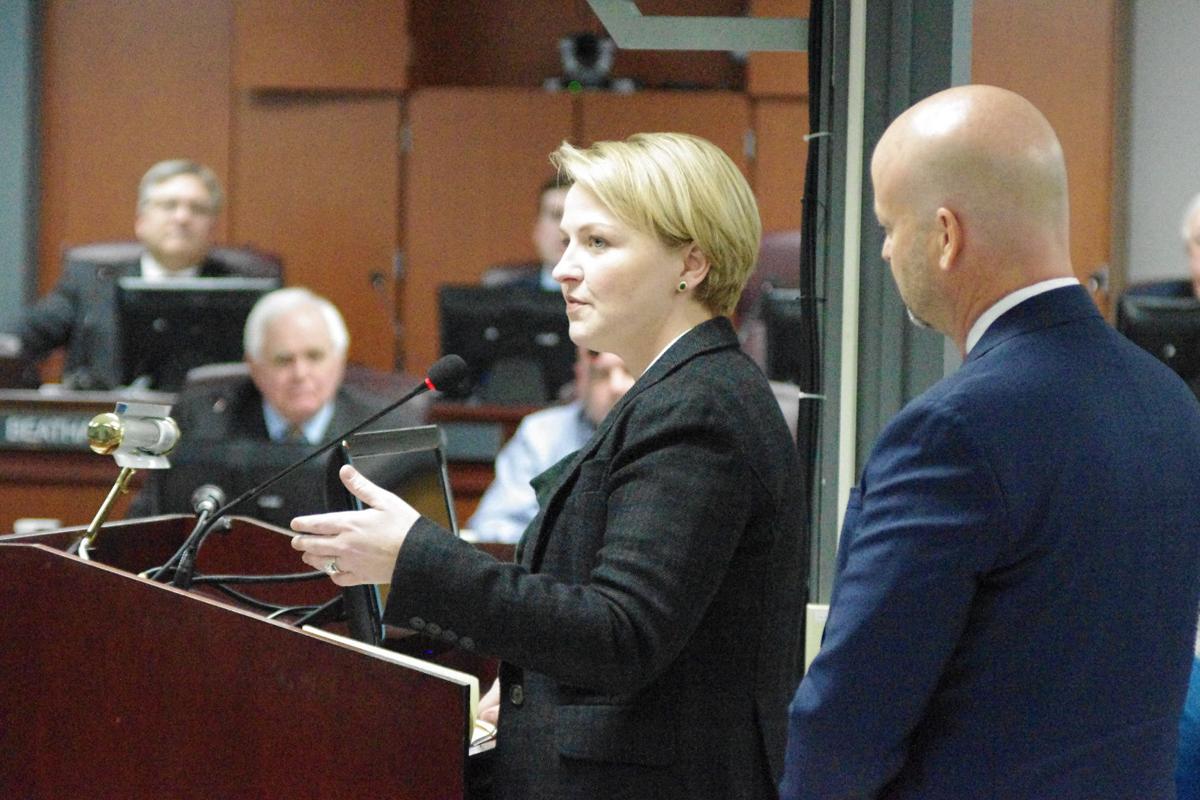 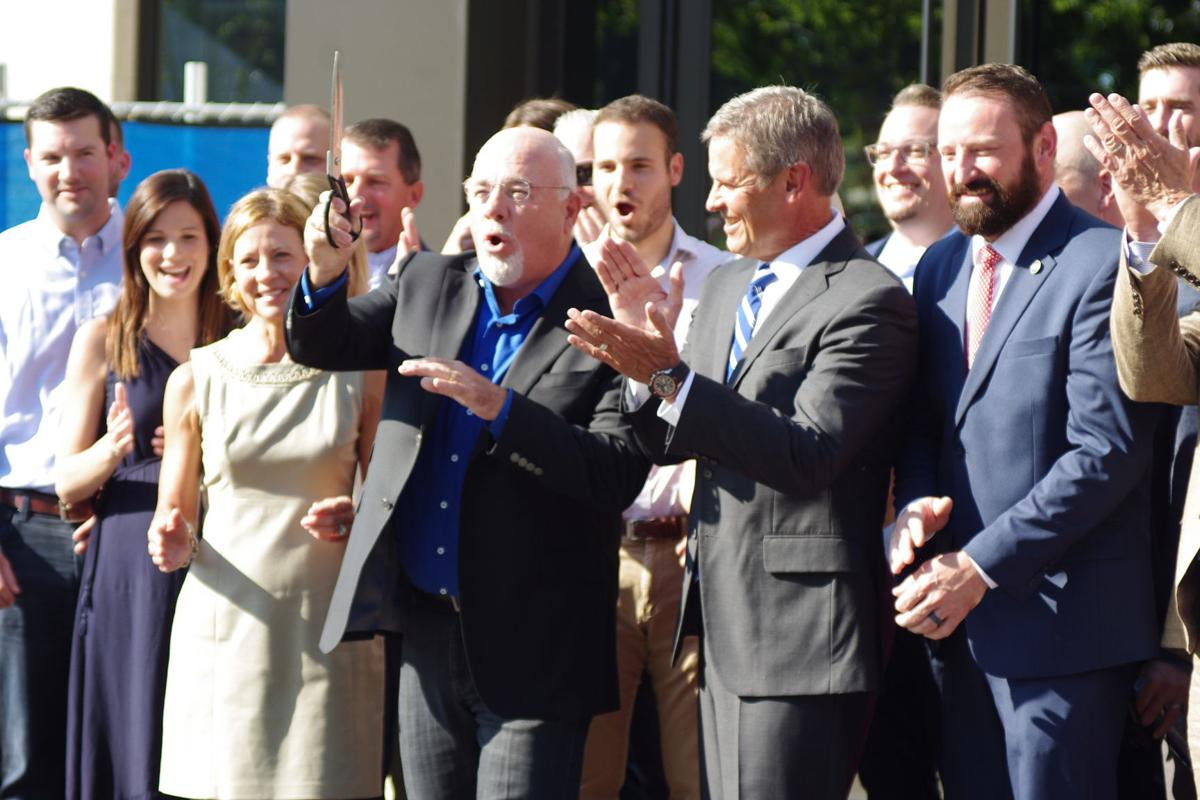 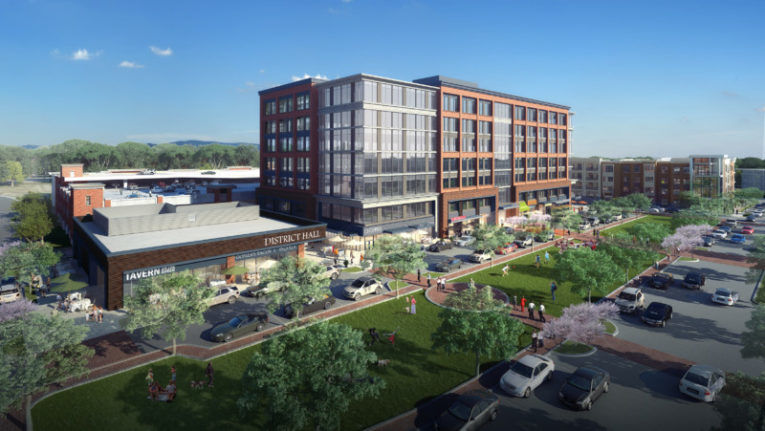 Mitsubishi and Williamson Inc. are among the tenants of the Northside McEwen Building. 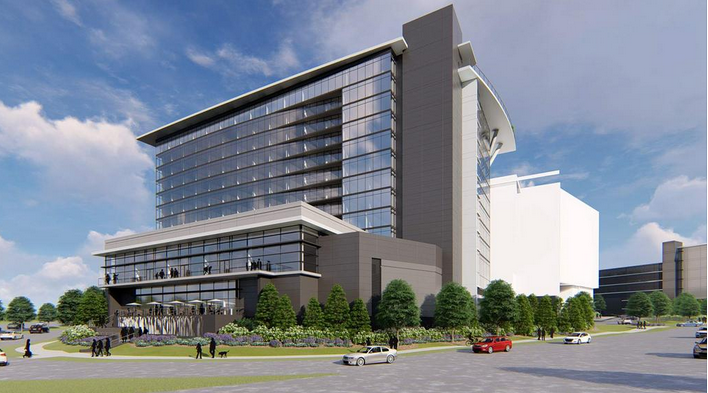 Aureum will include hotels, homes, restaurants and office space. 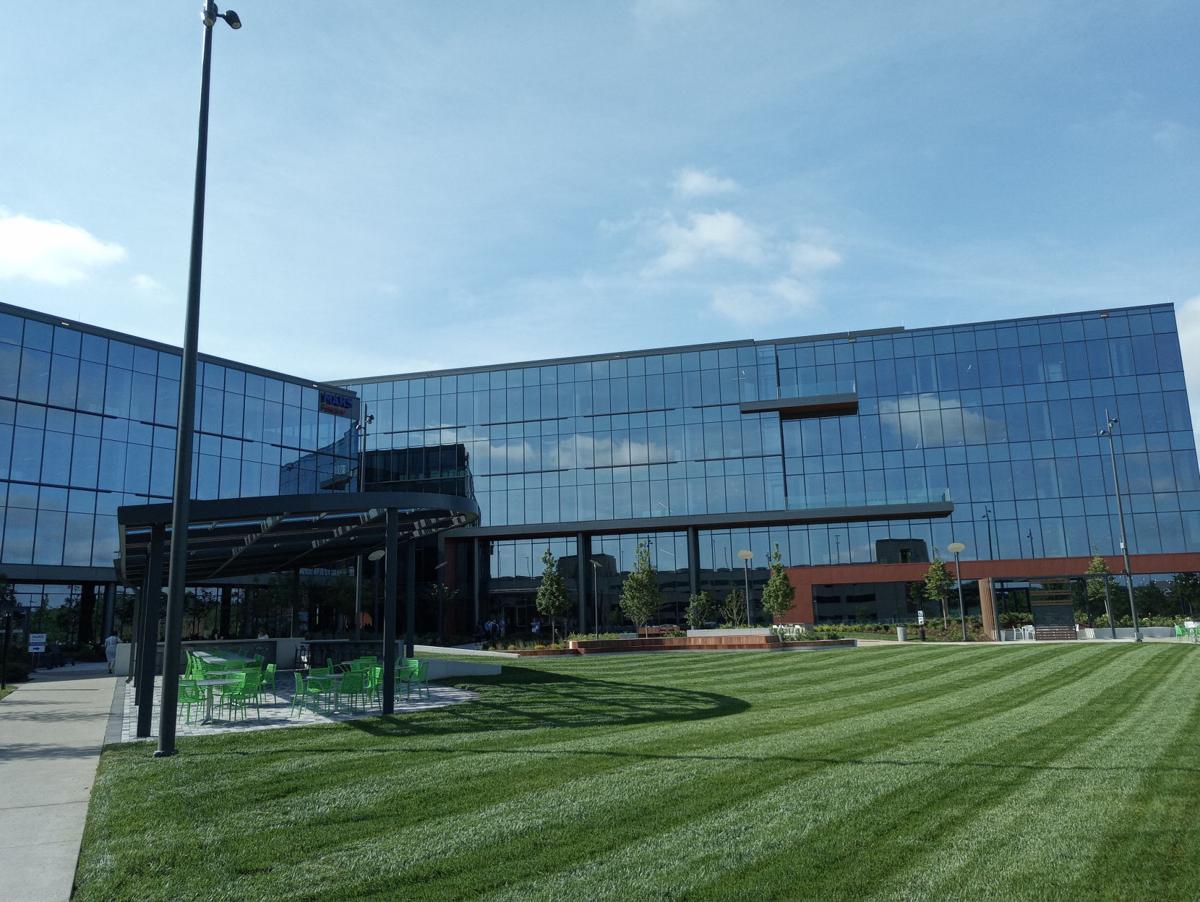 By most measures Williamson County’s business community thrived during 2019.

Unemployment stayed remarkably low throughout the year. Dozens of new businesses opened their doors and a number of larger companies expanded or relocated to Williamson County. In Cool Springs new office buildings, hotels and mixed-use areas continued to rise.

This is a list of some of the most important business stories and trends in 2019:

The consistently low level of unemployment in Williamson County was one of the most consistent business trends in 2019.

The county had the lowest unemployment rate of any county in Tennessee throughout 2019, and the rate stayed well below national unemployment.

The only anomaly in the trend was the spike in unemployment in Spring Hill and Maury County during the United Auto Workers strike, which affected the GM plant.

That strike included about 3,800 workers from the GM plant and lasted about six weeks in September and October.

The low level of employment meant there were plenty of job opportunities for Williamson County residents searching for work, but also meant that companies had to work harder to attract those new hires.

In a 2019 Williamson Inc. survey business leaders listed finding talent with the right skills as the biggest challenge for their businesses.

Williamson Inc. started 2019 with 33 expansion and relocation projects in the hopper, and a number of those projects panned out.

The biggest announcement came in June, when Mitsubishi decided to move the company’s 200-employee North American headquarters from Southern California to Franklin.

In May, the medical device maker Medacta announced that it would move its U.S. headquarters from Chicago to Franklin, a $2.5 million investment bringing more than 50 jobs over the next five years.

In September, the Nashville-based financial tech company Celero announced plans to move its office to Brentwood. The company had about 30 employees at the time, but expects to expand to about 100 employees over the next two years.

The private prison operator CoreCivic also completed a previously announced move from Green Hills to Brentwood in the summer of 2019.

Red Collar Pet Foods, which used to be connected to Mars Petcare, announced plans for a $3.7 million expansion of its headquarters, adding 30 new jobs.

Many of the companies that moved to Williamson County last year, chose to set up offices in the rapidly growing business district of Cool Springs.

Mitsubishi plans on setting up its headquarters in the Northside McEwen building, across the highway from Nissan’s North American Headquarters. Williamson Inc. also plans to move into the building.

In an email, Williamson Inc. CEO Matt Largen called that project a harbinger of the types of developments planned for Cool Springs. He said future developments will likely be walkable areas with office space, retail stores, restaurants and housing.

“Walkability and connectivity were very important to Mitsubishi, which is one of the reasons they picked McEwen Northside for their new home,” he wrote in the email.

In March, a Houston developer and MarketStreet Enterprises, the Nashville developer responsible for the Gulch, announced a 20-year plan to create a mixed-use development at the Carothers Building in Cool Springs.

The project is called East Works District. It will be a pedestrian-focused community with office buildings, retail, restaurants and hotels.

In January, the Franklin developer SouthStar announced plans for a development called Aureum, which will have hotels, offices, restaurants, retail and apartments.

That’s what the massive Ovation development was supposed to be, but much of the project has long been stalled.

In June, Highwoods Properties, which owns a large part of the Ovation development, completed construction on a new, pet-friendly building for the Mars Petcare North American headquarters.

While construction on the Highwoods Properties section has proceeded without much drama, the other major landowner lost a prime piece of that undeveloped land in a foreclosure auction in June.

Despite political upheaval at the national level, fears about a recession and a continuing trade war with China, business owners in Williamson County remained optimistic about the local economy.

In a Williamson Inc. poll of local businesses conducted in February 2019, every respondent rated the Williamson County Economy as excellent or good.

“I know there’s a vast difference between the statewide economy and the Middle Tennessee economy,” Largen said, commenting on the difference. “I’ve heard anecdotally from our investors, from our members, they still see continued optimism and business strength in 2020.”