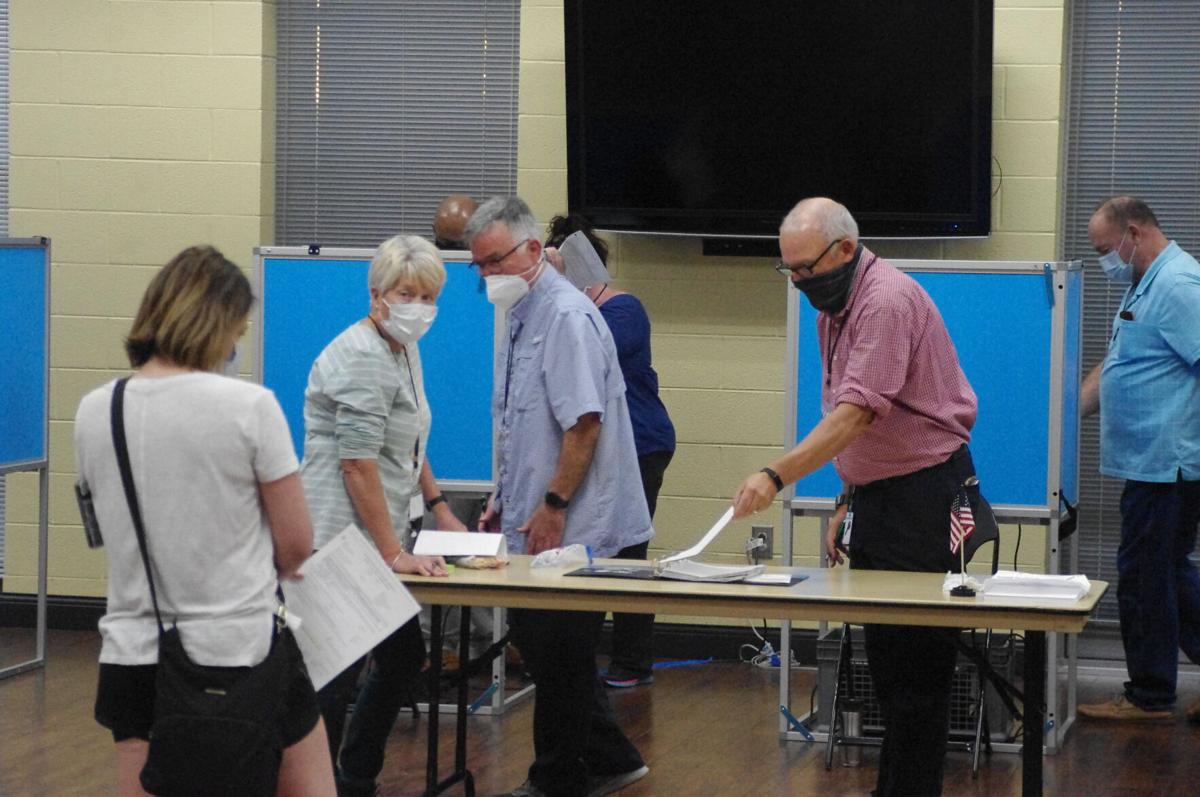 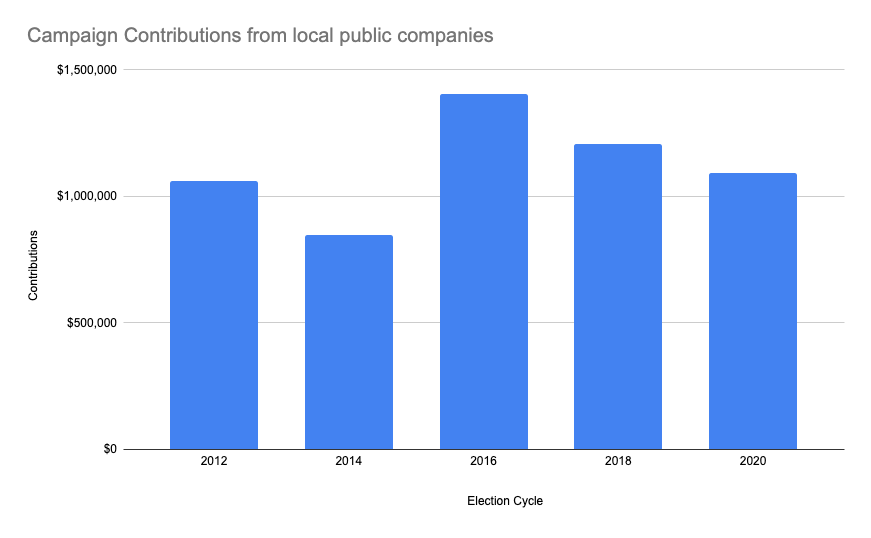 Political contributions from Williamson County’s public companies for the 2020 election cycle dropped to the lowest level since 2014.

In total, about 77% of those contributions—more than $840,000—went to Republican candidates or causes. About 23% went to Democratic causes.

However, donors connected to Williamson County’s public companies donated $35,000 to Joe Biden’s campaign and only $27,000 to Donald Trump’s.

That’s in large part because top executives are usually the biggest donors connected to Williamson County public companies, and they largely avoided the presidential race.

Those top executives accounted for almost a quarter of all individual contributions, and the vast majority of that money went to Republican candidates. Only two executives from Williamson County public companies donated to Democratic causes.

Incoming Tennessee Senator Bill Hagerty was one of the biggest beneficiaries of contributions from Williamson County’s public companies. Donors connected to local, public companies donated more than $113,000 to his successful campaign. Acadia and CoreCivic were among his biggest donors.

The Center for Responsive Politics calculates campaign contributions connected to companies by adding up donations from associated PACs and donations by employees worth more than $200.

Large companies have many employees that donate based on their own personal views. In its methodology section, the Center for Responsive Politics notes that it’s impossible to know the motivation behind donations, but argues that the patterns of donations are still important to track.