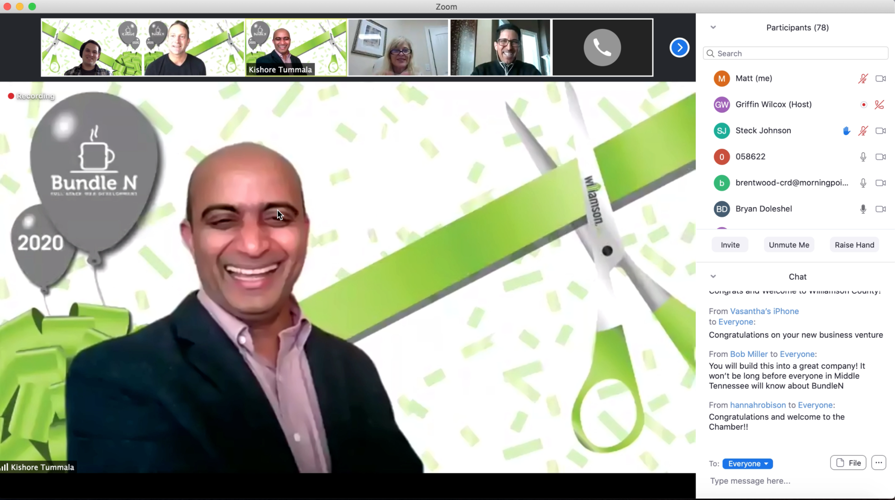 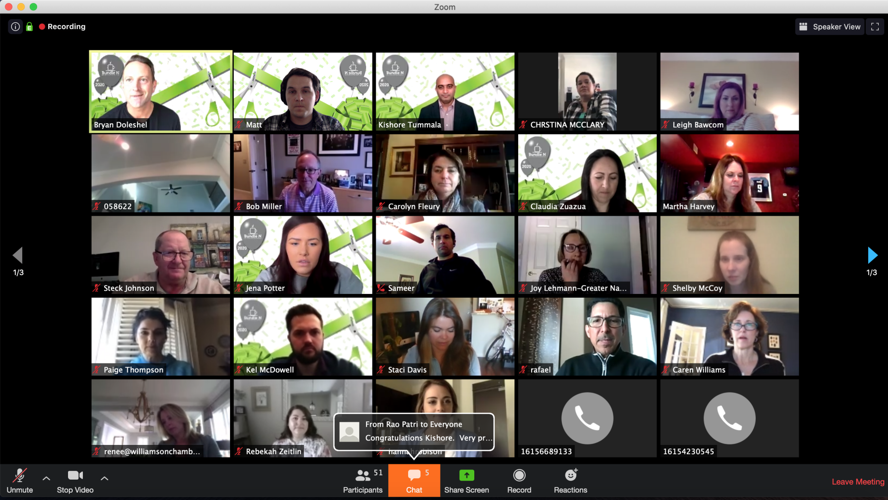 The Williamson County web developer Kishore Tummala planned to go all out on a party celebrating the start of his new business. He bought space on a billboard in Brentwood to announce the opening, and planned to invite friends and colleagues.

Instead, on Thursday morning he celebrated the launch of his business on a Zoom call with nearly 80 participants hosted by Williamson Inc. The chamber created a virtual background to mark the occasion. Friends, family and colleagues cheered and posted clapping emojis when he mimed cutting the ribbon on the virtual background.

The coronavirus outbreak in Williamson County scuttled Tummala’s plans for a party, but it’s not stopping him from starting a business, a web development company called Bundle N.

As businesses move more of their work online, he felt like he had something to offer, and he didn’t want to wait.

“There is an opportunity for us to help small businesses that will be struggling with all the economic impact,” Tummala said. “We thought this might be the right time. It's not the right time in an economic perspective, but we should be able to help.”

The company already has clients. He said he’s building two mobile apps and working on a home security project. He’s also planning to help the local brand of the National Alliance for Mental Illness with their IT needs.

Tummala has been working on web development in Middle Tennessee for two decades. He held positions at the insurance company The General and the Franklin health care tech company eviCore, but in 2018 he started making plans to start his own company.

“I always had a dream of starting my own firm,” he said. “Unfortunately, I had to open in these circumstances.”

He was already shopping for an office at co-working spaces in Cool Springs when the virus outbreak started shutting down businesses. He considered delaying the launch of his company, but decided to press forward.

As recently as last week, he said he got a job offer from Amazon, but turned it down because he felt like he would regret not starting the business.

In some ways, the launch of his business went even better than he originally planned. It would have been next to impossible to gather 80 of his colleagues at a physical office space at 11 a.m. on a normal Thursday. Now, many of those colleagues have nothing but time.

During the video call, participants filled the chat box with messages of encouragement. At the end, dozens of people unmuted themselves to say congratulations.

Initially, Tummala didn’t want to plan a virtual ribbon cutting because it felt like a letdown after his plans for a big party, but in the end he saw it as a positive.

“You need to take the positive,” he Tummala. “I need to get out of this thing. I need to pump up some energy into myself.”

TAKING CARE OF BUSINESS is a series documenting how small businesses in Williamson County are adapting to the coronavirus outbreak.

If you know about a business that is using a creative approach to adapt to the coronavirus outbreak send an email to [email protected].