The directory lists more than 60 businesses and nonprofits working in real estate, arts, media, health care, construction and a number of other industries.

Over the past several weeks, thousands of demonstrators have marched in Middle Tennessee demanding an end to police brutality and racial inequality.

In an email, Williamson Inc. told its members it created the new directory in response to several requests for information on Black-owned businesses.

According to the U.S. Census Bureau, there were between 5,400 and 5,800 firms that had employees on the payroll in Williamson County in 2017, but somewhere between 35 and 95 of those businesses were owned by Black people.

That means Black people owned just over 1% of businesses with employees even though they represent about 4.5% of the population.

An older data set shows that Black business owners make up a slightly higher number of sole proprietorships. There were between 20,000 and 21,200 business without employees in 2012, and between 325 and 480 of those owners were Black. 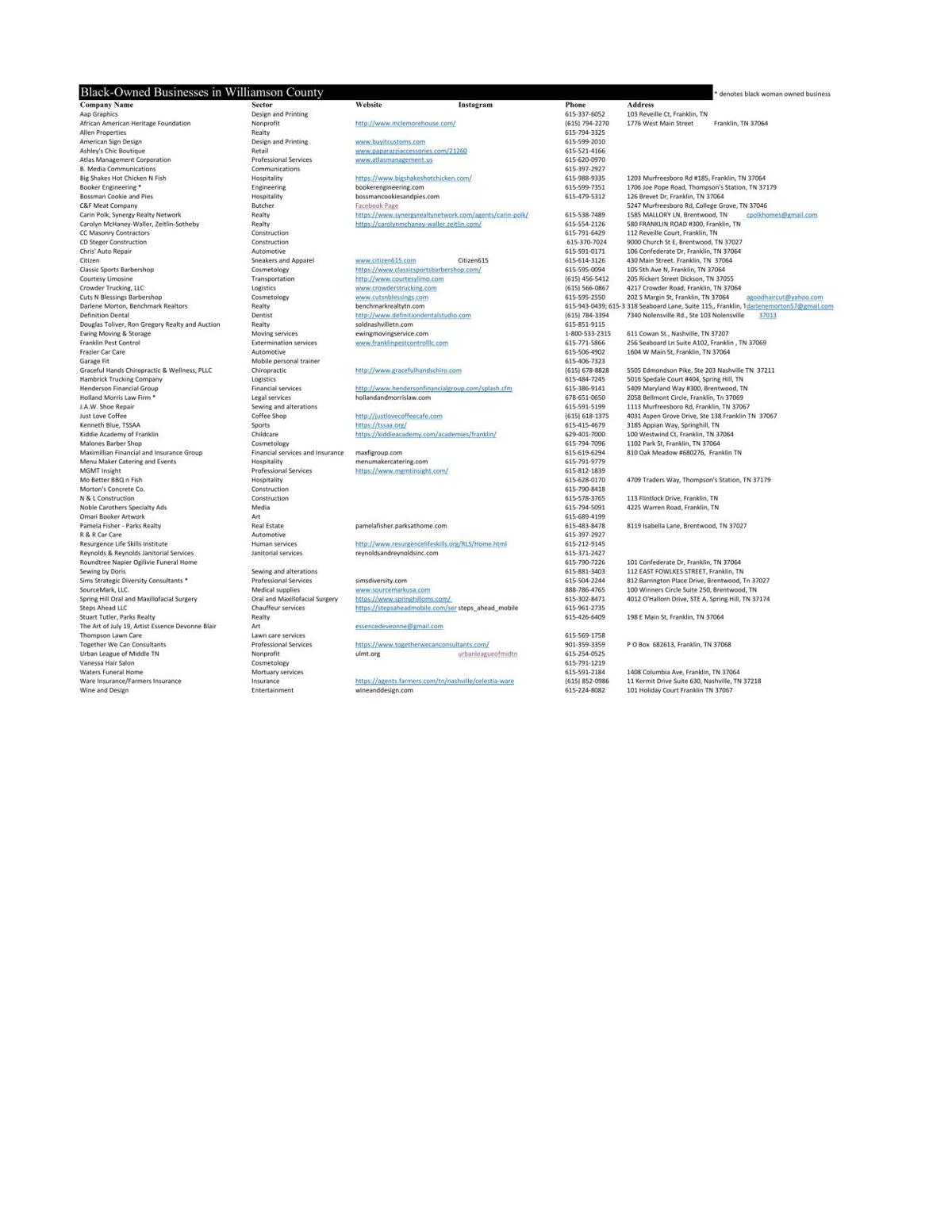