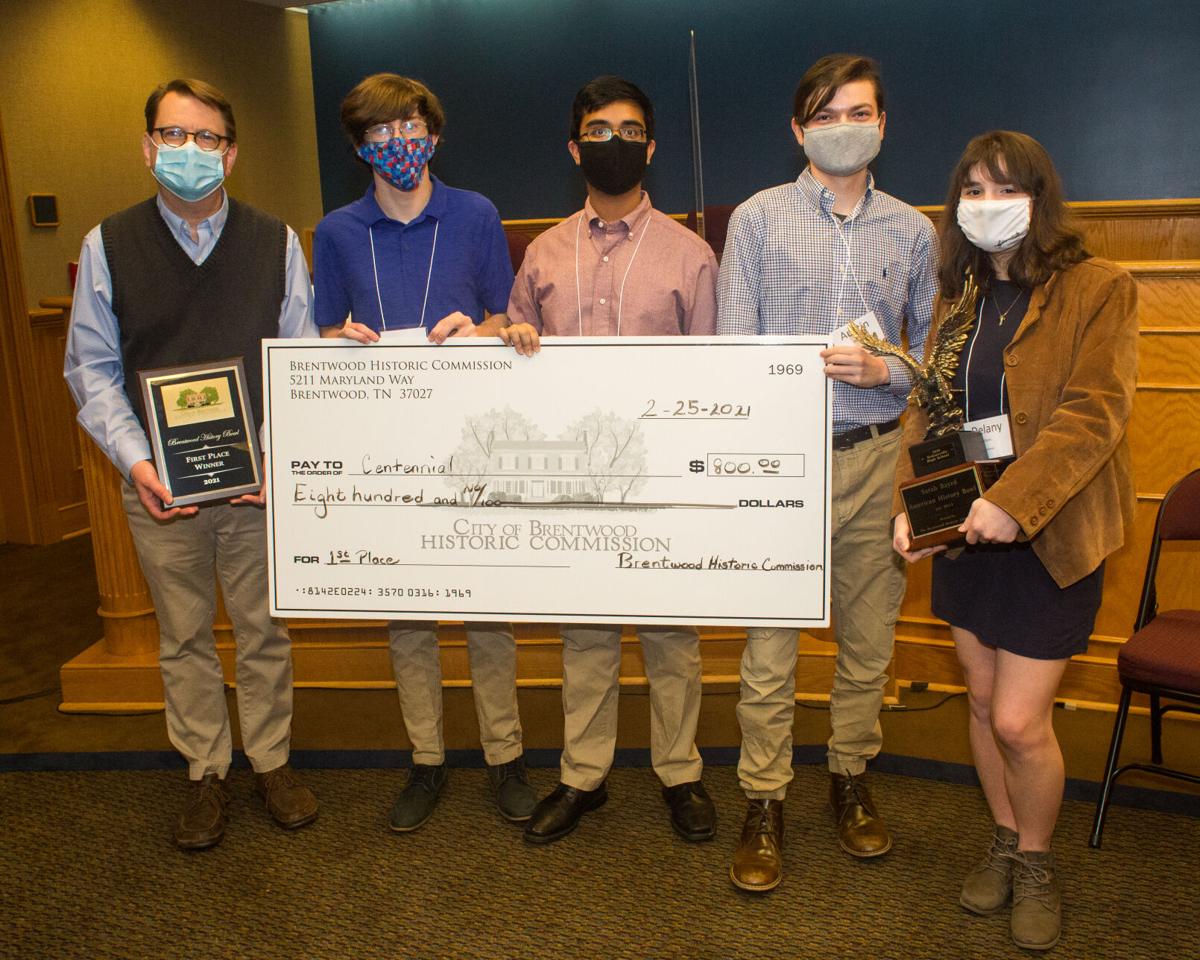 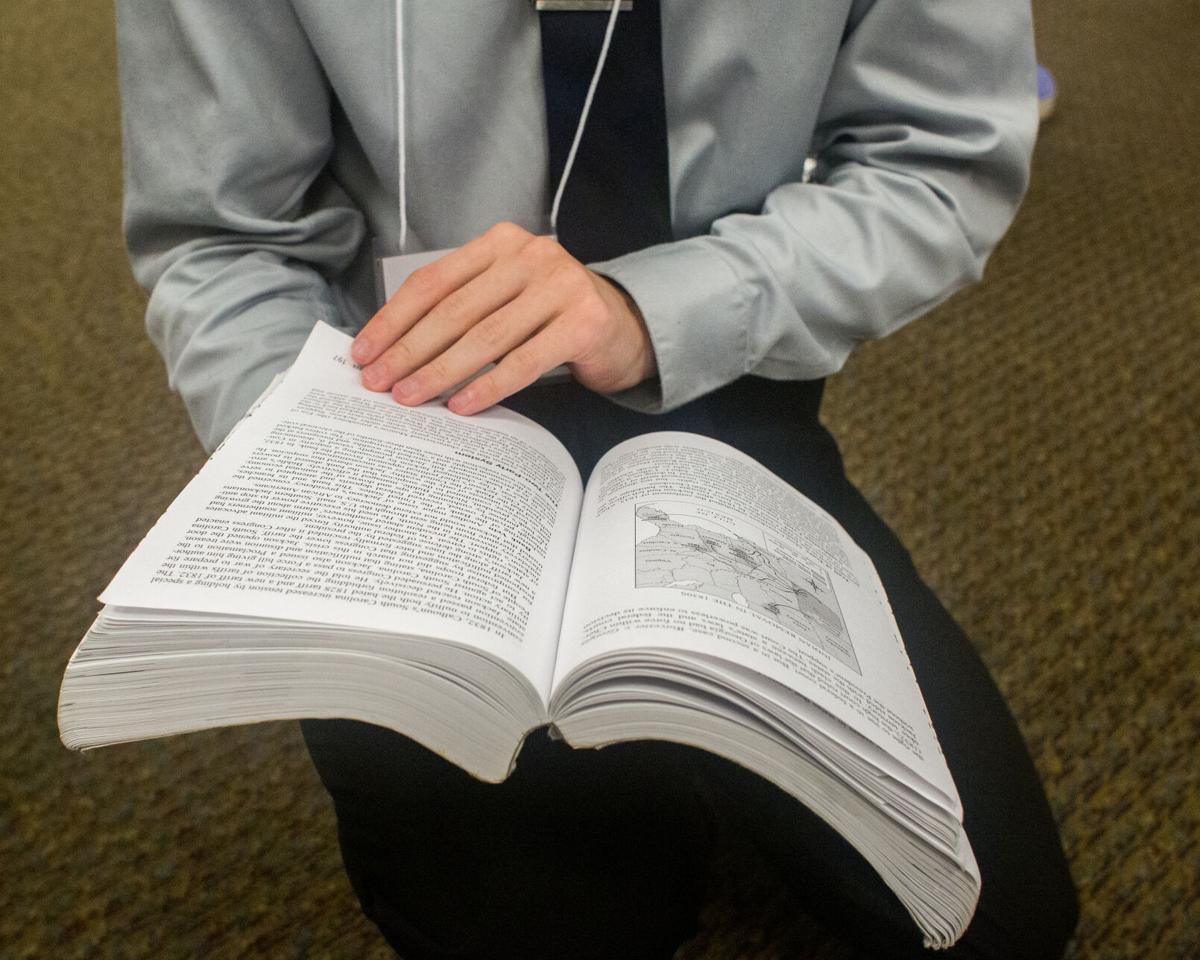 A student studies an American history book prior to the start of the 2021 History Bowl. 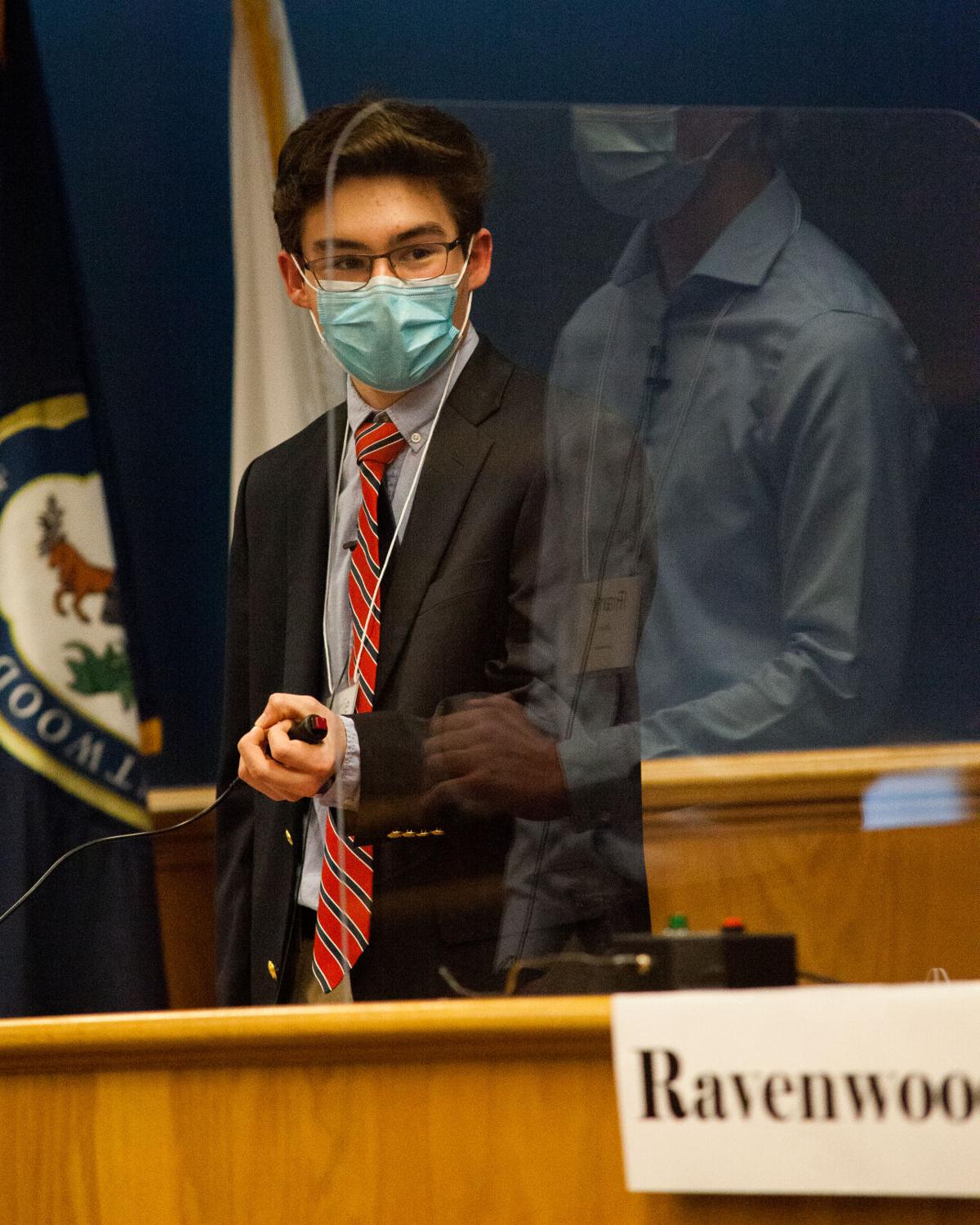 The 11th annual Battle of the Minds Sarah Bayrd American History Bowl took place on Thursday night, pitting students from six Williamson County Schools against each other in a Jeopardy-style game of facts and fast buzzer fingers.

CHS not only took home the coveted History Bowl trophy but also won $800 for their school’s social studies department after scoring 7,799 points.

The event was emceed by Brentwood Community Relations Director Deanna Lambert while it was hosted by Tennessee State Librarian and Archivist Charles "Chuck" Sherrill.

As with everything else in the age of COVID-19, the event has a major virtual component, with the completion live-streamed, and parents and other community members watching from home.

Students and team coaches filled the city’s Commission meeting room which was expanded with a retracted wall to allow for social distancing.

Masks were also mandatory, and competing students were separated by plexiglass dividers, with microphones and buzzers disinfected between each round.

“We’re overwhelmed with gratitude for this team,” CHS coach Daniel Cutsinger said. “They’ve worked hard all year, we’ve been doing [preparing for] this since August, so we’re just stunned by the victory, and there were a lot of amazing people up there.”

The winning team was made up of all juniors, meaning that all four students plan to return to defend their title next year.

Brentwood Commissioner and Historic Commission member Anne Dunn said that it was important for both the city and the students to hold the annual event that draws excitement and enthusiasm to bring back at least some normalcy to the community.

“I think it was meaningful to them, and it certainly was to us,” Dunn said.

The entire event can be viewed below.