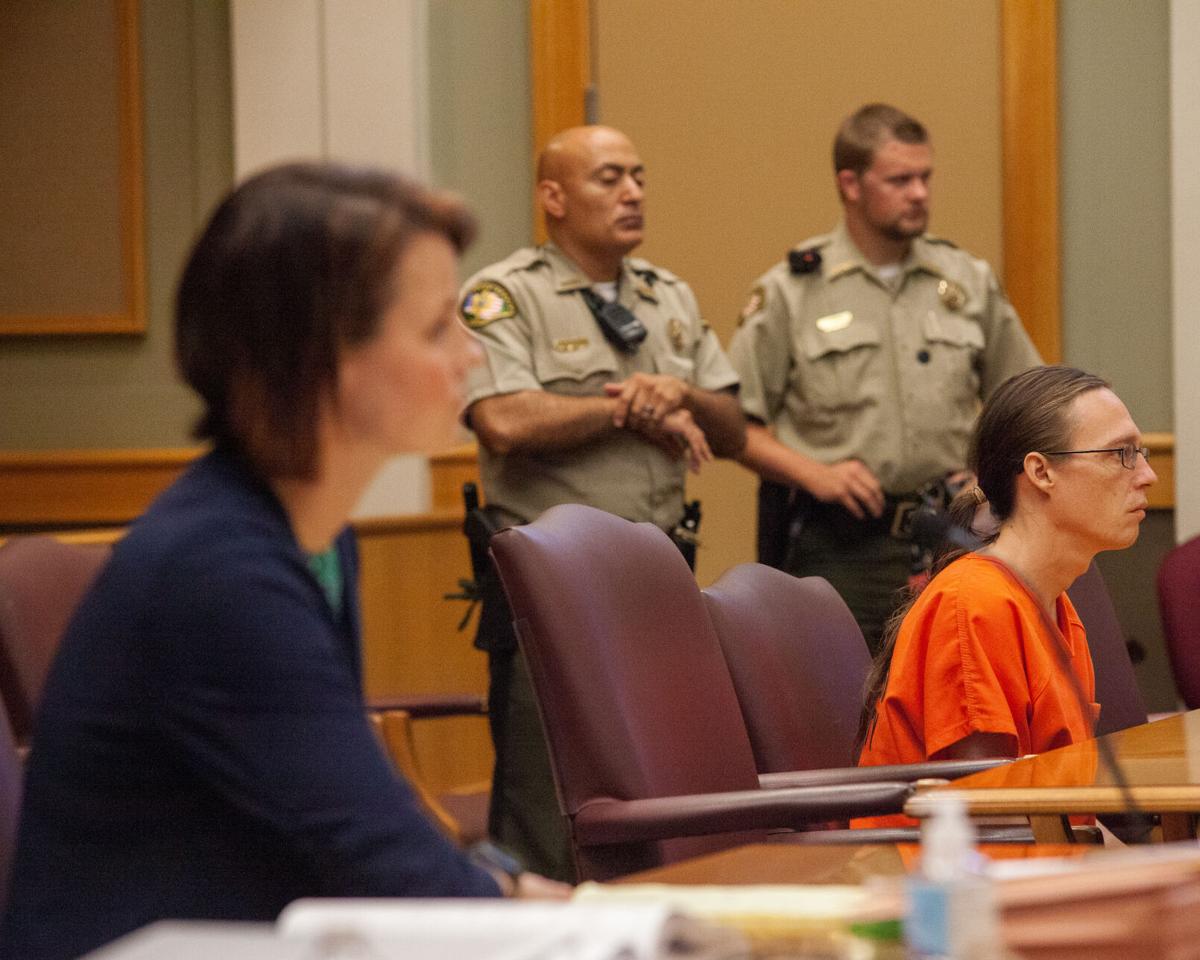 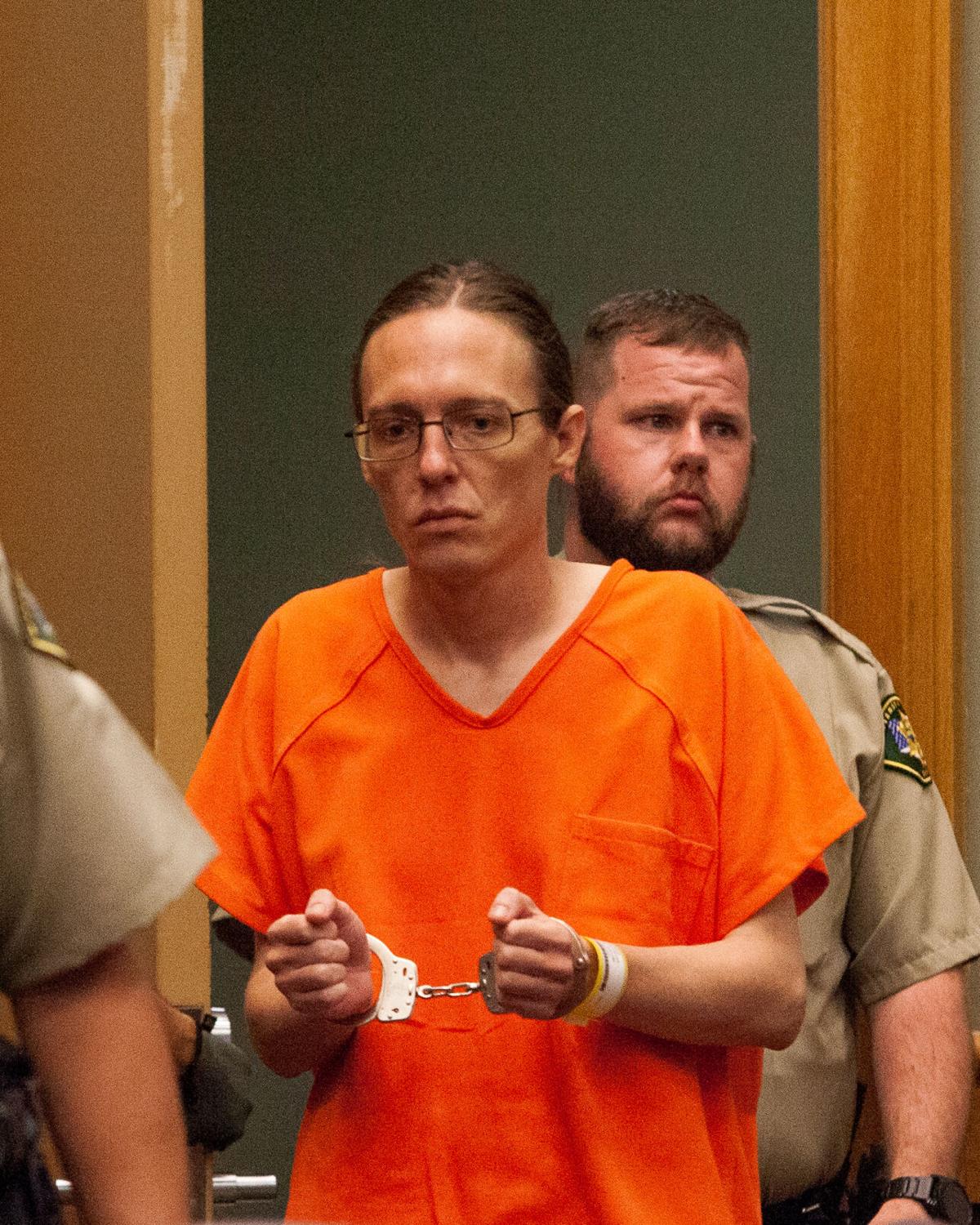 A Colorado man has been sentenced to two years in the Williamson County Jail after he was convicted of stalking and harassing a Middle Tennessee woman in 2019.

This is the latest conviction after nearly a decade of allegedly harassing the woman with hundreds of thousands of messages and phone calls and traveling hundreds of miles to stalk her in person.

On the afternoon of Friday, Aug. 27, 40-year-old Jason Molthan appeared in a Williamson County courtroom to represent himself at his sentencing hearing. He unsuccessfully defended himself in a one-day jury trial where he was found guilty of misdemeanor harassment and stalking.

Molthan was sentenced to two consecutive sentences of 11 months and 29 days in the Williamson County Jail to serve at 75 percent for an effective two years jail sentence.

His victim also has a five-year order of protection against him.

The two charges stem from a long history of seven years of unwanted phone calls, Facebook chat and audio messages to a woman that he did not  know, and whom he has never had any sort of consensual relationship with.

According to the prosecution, in this 2019 case all of the communications from Molthan came in the form of the written and audio messages that were sent via Facebook messenger.

In 2015, Molthan was indicted by a Davidson County Grand Jury on the charges of aggravated stalking, harassment stemming from incidents in both 2014 and 2015, and ultimately was convicted and served three years of supervised probation where he wore a GPS tracking device, while also being the subject of an order of protection.

That case alleged Molthan, who lived in Colorado, showed up in the woman’s neighborhood while her children were home and she was at work.

This escalation came after he had sent her more than 40,000 messages, and had, unbeknownst to her, traveled to Tennessee and had been physically stalking her for days, with police discovering footage of the woman being followed inside of a Kroger grocery store by Molthan days before.

Many victims choose to block a stalker through online message apps. This victim decided to keep receiving the messages in order to keep tabs on where Molthan was and what his mindset seemed to be in the messages.

This also allowed her to record, document and save the messages which led to his 2015 conviction and now his 2021 conviction.

In addition to working to document her own personal harassment, Jennifer Gillett has also successfully worked to help others in need, transforming herself from a victim to someone who is fighting back.

While Gillett and Molthan have not been in any sort of relationship, they did know each other as students, decades ago when they were classmates in middle and high school in Odessa, Texas.

It was the mid-90s and she was in 8th grade when, according to Gillett, Molthan first passed her friend a love letter to give to Gillett, an infatuation he had with her that continued throughout their high school years.

As graduation came, life moved fast and classes, friends and classmates went their separate ways, Gillett began to live her adult life — college, becoming a licensed marriage and family counselor, starting a family — but then some 20 years later Molthan popped back up in an online message.

The mid-90s is also the last time that the stalking laws in Tennessee had last been updated, which meant that in 2014 they didn’t include new forms of electronic communication, such as texting and online messaging,

“Because the law hadn’t caught up to technology, I filed five police reports before he was arrested,” Gillett said.

This sparked Gillett to become involved with the advocacy group A.W.A.K.E. and began to lobby for the change throughout 2015 and 2016, which resulted in a law change.

“People were pretty resistant to it, but I just kept going to every state senator and representative office that I could and telling my story and eventually it was passed and written into law in 2016," Gillett said.

Motlhan was sentenced to supervised probation in his previous case in Nashville and was forced to wear an ankle monitor and Gillett had an order of protection against him.

During those years of probation Molthan, who has a current Texas address on file with the court, but also resided in Colorado, lived in a state of homelessness in the Nashville area, because he was unable to get out-of-state probation, which would have allowed him to return to his home state.

Molthan did not contact Gillett again for three years, but just months after his probation ended, he sent another message. And another. And another.

“I never want communication with him, so for him to keep coming was the most unsettling feeling because there’s no boundary that I set or the law set that made him understand, ‘oh this is unwanted, so I should just stop and go away,” Gillett said. “He kept coming.”

Gillett said that Molthan’s attitude, behavior and excuses, which often resulted in victim-blaming, that he displayed during the sentencing hearing was the same that he had displayed in numerous other court hearings.

In the Williamson County sentencing hearing, Gillett told Judge Joseph A. Woodruff of the stresses and impacts of the near-constant unwanted interactions: She experienced anxiety and uncertainty about safety. She moved her home. She altered how she accepted clients at work and created safety plans for her children.

“It feels like the most fundamental step of safety as a woman in the world to be able to say, ‘no,’ and have that respected,” Gillett said.

Over the years, Molthan has sent hundreds of thousands of messages to Gillett, and hundreds of pages of those were printed and presented as evidence in the Williamson County trial. Many of the messages Molthan sends say that all she has to do is tell him, "no," but that has never worked.

In some of the audio recordings of online phone calls, Molthan continually tells Gillett to just tell him “no” and explain her feelings or lack thereof, but doesn’t accept that the order of protection and her unwillingness to reply to his messages means “no.”

He also tells her how he loves her and how she loves him and wants him to contact her, at one point point calling her his stalker.

He alleges that her reactions both legally and personally are “manipulating and abusing” him. Molthan, who was found competent enough to stand trial and represent himself in court, transitions between emotions and content throughout the diary-like string of messages that contain the emotional, the explicit, the fantastical and the threatening.

“Only you can vindicate me,” He said in one message. “I’m not a criminal, I’m a hero. The truth is within you …”

“You won’t admit I have spiritual significance in your life and that we teach each other some of the biggest lessons in life,” He wrote in another. “But it’s all true. I matter to you.”

“Wanna know why I write you?” He asked in another message. “Because you’re my biggest fan. You actually read what I write.”

In one audio recording he makes the admission that, “any of the girls that I did like didn’t really like me, and if they ever did start liking me, I didn’t like them anymore.”

“You can’t really absorb how threatening 40,000 messages can be,” Assistant District Attorney Jessica Borne said, calling Molthan’s actions “disgusting, disturbing and threatening” and championing Gillett’s ability to collect the evidence and work towards addressing the issues of stalking outside of her own case.

“He was doing anything that he could to elicit a response from her — anything,” Borne said. “She did everything right. There’s nothing else she could have done.”

In both the evidence submitted to the court and in his court appearances, he classified himself a “good guy” who’s “not a stalker weirdo,” presenting himself as a victim of both a misunderstanding and of love, while flirting with responsibility, but ultimately never convincing the court that he was committed to taking responsibility for his actions.

Borne said that she wants people to know that saying no once is all that’s needed, and she encourages anyone who is being stalked or harassed to immediately report it to their local law enforcement agency where the incident and the potential threat can be documented.

Gillett echoed this sentiment and added that victims of harassment and stalking should also seek the support of their families and friends and to not go through the experience alone.

Throughout the case, the courtroom was in a state of awkward discomfort visible from everyone in attendance.

Molthan’s ex-wife, who testified during the trial and sentencing hearing, was at one point removed from the courtroom and began yelling at Gillett as she left the courthouse following Molthan’s conviction.

Molthan’s appearances leading up to the trial were marked by outbursts of his own, including an argumentative attitude with the court often about his insistence to represent himself and his challenges with understanding some legal procedures.

The drama of Molthan’s self-representation continued throughout the entire legal process, and at one point Molthan told the court, “Y'all are acting like I’ve already murdered her.”

Molthan also received several warnings from Judge Woodruff about his attitude and lines of questioning, especially when Molthan called his pre-teen son to the stand, in moments that at times appeared as more of a one-sided therapy session, with Molthan bursting into tears on occasion.

Molthan apologized to Gillett and the court several times, but his justifications in his defense, and the sincerity of his words were in question by the court.

“I made a really big mistake and had I known that this is the consequences of my actions I would have never taken them,” Molthan said in his closing statement.

“But you did know,” Judge Woodruff replied. “You knew because of the experience you had in Davidson County. You knew. You did know. So don’t tell me, ‘Because had I known’ — You did know. You actually knew.”

“I think I was in denial and that I didn’t believe, so I made up in my mind elaborate theories and other stuff that justified to me speaking to her again, which I agree completely was a mistake,“ Molthan responded. “I thought that at the least some form of entertainment or something. I was hoping that it was much more than that.”

Gillett expressed her thanks to Judge Woodruff for giving Molthan the maximum sentence both for his crimes and in order to ensure the maximum amount of relief for her, setting a precedent for such criminal punishment.

“Maybe somebody else will not have to fight as long to ensure their safety,” Gillett said. “That makes it even more important that I stayed with it.”