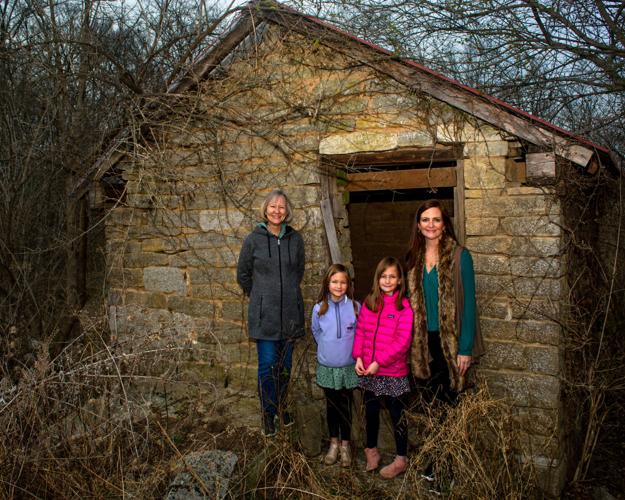 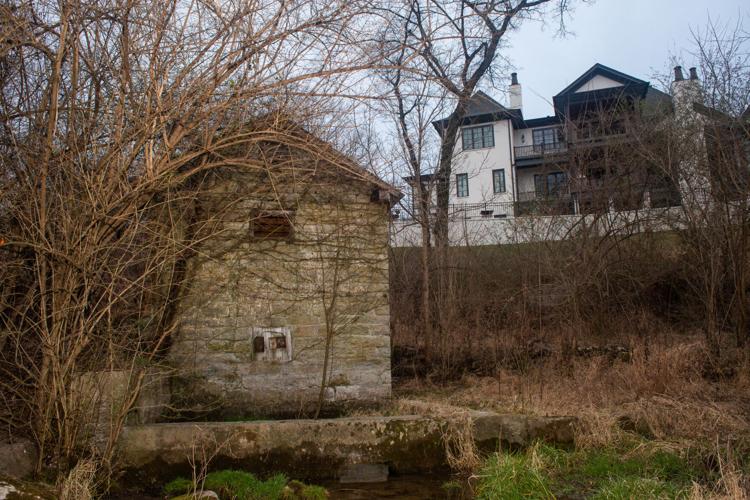 The spring house sits partially hidden by overgrown brush behind a Brentwood neighborhood. 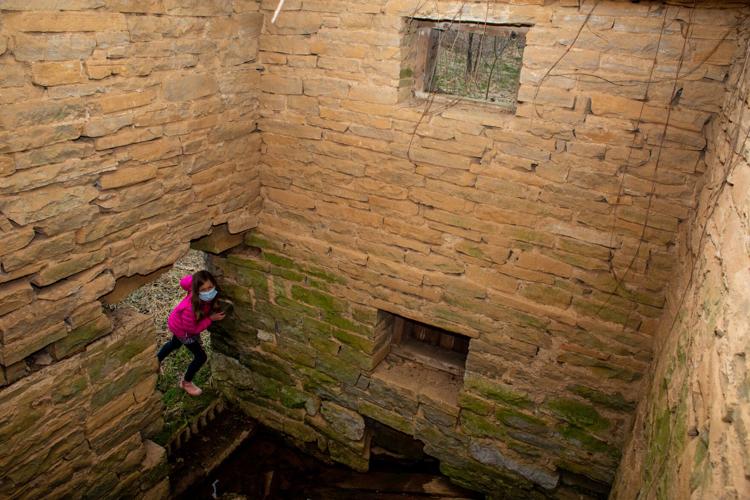 The interior of a Brentwood spring house. The structure is two-story tall structure with no interior dividing floor.

One Brentwood family has teamed up with the Brentwood Historic Commission to document every spring house in the city.

Brentwood has a rich history, dating back to when native populations lived throughout the region to the arrival of European-American settlers to the area in the late 1700s, and the modern day transformation of the community.

Parts of that history that was especially vital were the multiple colonial-era spring houses that can be found throughout Brentwood and Williamson County.

Spring houses, also known as spring cellars, root cellars or milk houses, are structures that were built around and over the outlet of a spring, which were used as both a source of water and as an early form of refrigeration to keep meats, milk and other goods cool.

Leigh Braswell and her daughters, 8-year-olds Ansley and Charlotte, are now trying to find all of Brentwood's spring houses after first noticing them in January after the children spotted one of the structures from the roadway while they drove to Scales Elementary one morning.

Braswell, a Brentwood native who recently returned to Williamson County, said that she wasn't sure what the buildings were, but the girl's curiosity was persistent. It lead Braswell and her daughters to learn about what spring houses are, and sparked a new mission to find every spring house in the city.

“As a parent your job is to kind of jump onto those moments of curiosity when you can and learn from them and try to explore them further,” Braswell said.

Spring houses can be seen across the city and county including at Ravenswood Mansion and the John P. Holt Brentwood Library, but there is no comprehensive record of every structure.

The collaborative effort now aims to locate and photo the homes in question.

The group got the permission of a property owner near Crockett Road to explore their spring house that sits partially hidden by overgrown brush.

The route down the property's incline grew muddier and greener as they approached a trickle of water flowing from the brown and gray stone building, leading them to the life source as it has for generations.

The two-story tall structure has two ways to look inside, one at a higher ground level and another at a lower ground level on either side. A bubbling flow of clear water comes from a crack in the rock, filling the floor with clear and cool water, the air cool and constant.

"They served a purpose on the farms and they needed water, they needed places to wash their clothes, they needed it for their animals, this was their water source," Brentwood Historic Commission member Carole Crigger said.

The girls' natural curiosity was evident as they explored the surrounding rock wall, touched the grasses, water and the brush, eager to learn and present as only children are.

“I thought the water at the beginning of the spring looked dirty at first but then I touched it and found it to be really clear,” Charlotte said.

"This is the coolest one that I've seen up close and to feel what a spring house was like," Ansley added.

So far they have identified about 10 spring houses and are now seeking the public's help in locating the rest.

Braswell and Crigger are inviting property owners to reach out if they are interested in helping them document these historic sites by contacting Crigger by email at [email protected].

Crigger and Braswell said they would like to learn as much about the structures from the property owners, and are eager to learn about the construction and engineering to get a better understanding how vital the spring houses were to the people in the past.

They are also asking to photograph each spring house, but added that they will not be publicizing the exact location of the spring houses as many are on private property, ensuring the privacy of residents who choose to collaborate in creating the historic record.

“We have houses, we have cemeteries, we have markers, but we don’t have anything documented on the spring houses that are all here," Crigger said, adding that it was especially nice to see that natural curiosity of children sparking the search to help preserve the history of Brentwood.

More information about the Brentwood Historic Commission can be found here.