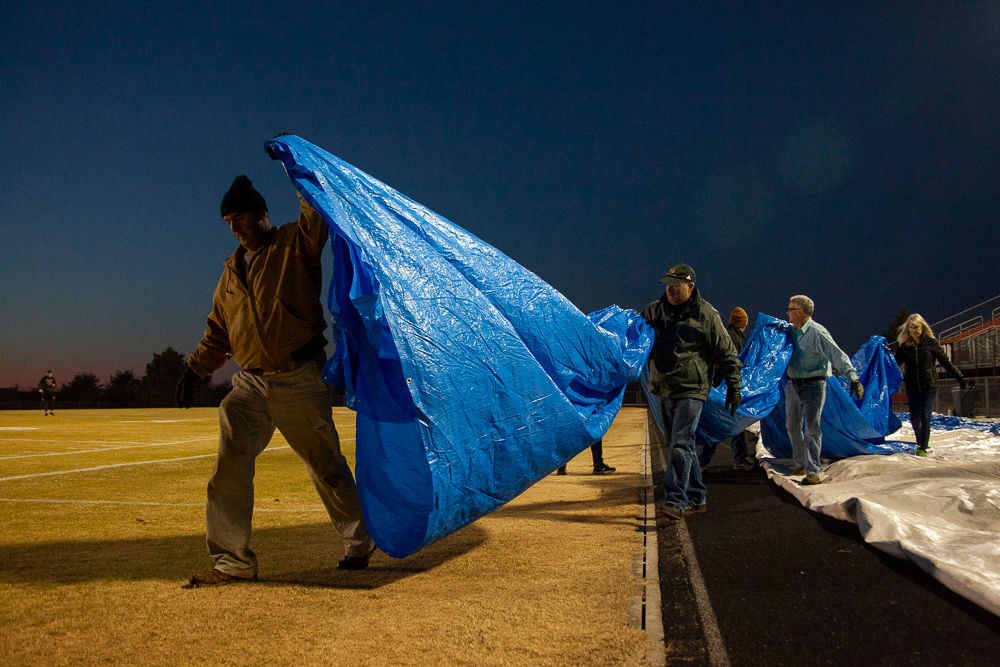 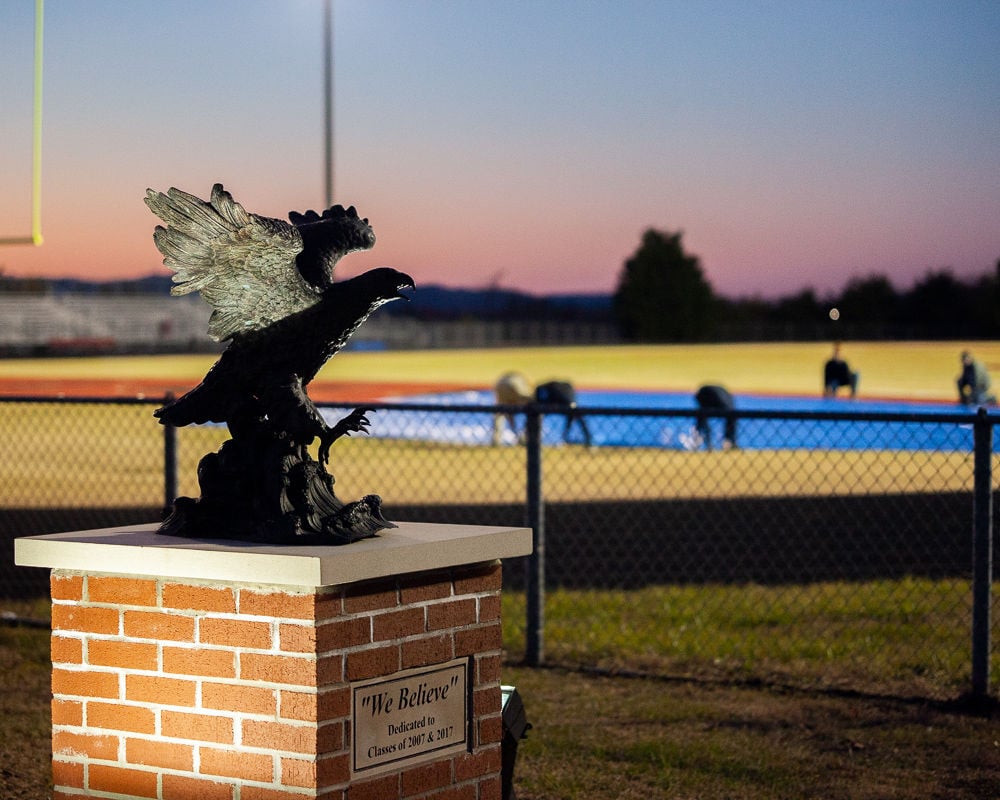 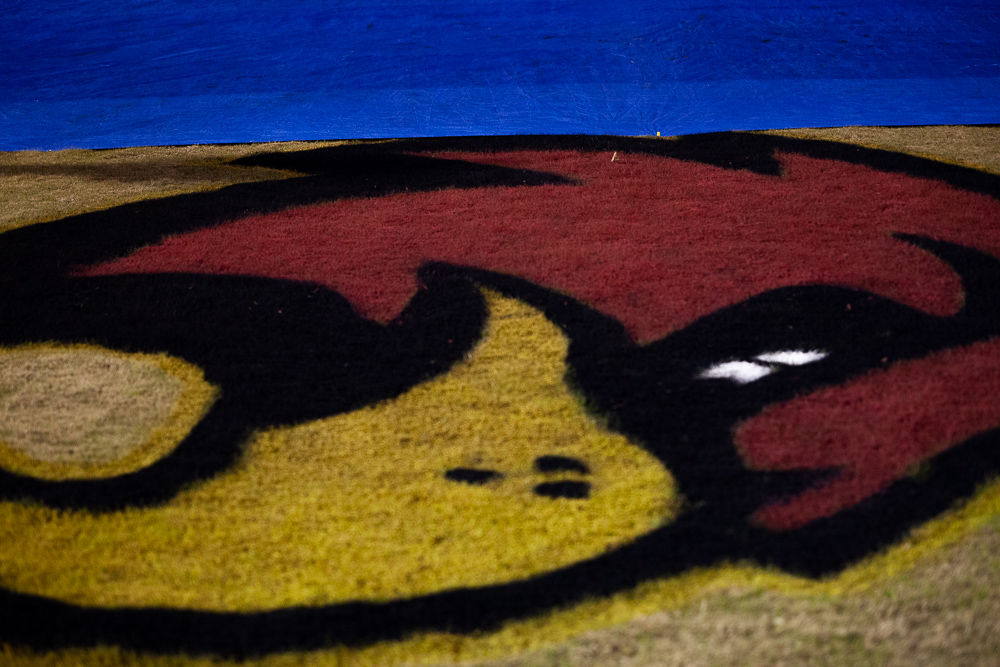 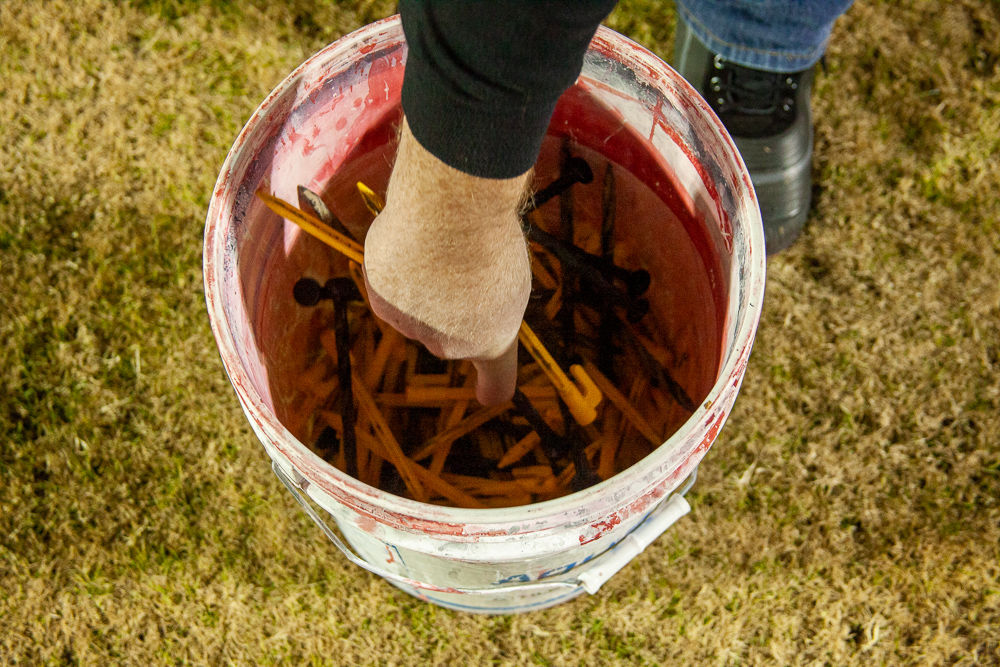 As Ravenwood High School prepares for its 6A semifinal football game against the Houston Mustangs on Friday, a team of Ravenwood parents and Brentwood community leaders have stepped up to support.

Ravenwood was forced to play two home games, including one in the playoffs, this season on other fields, once at Nolensville HS and once at Franklin HS.

While the team, coaching staff and fans expressed gratitude for the opportunity, something special remains for a team and especially seniors to take their home field for such a defining moment like playing for a chance at state.

Many of Monday night’s volunteers were part of the school’s booster club, called the Red Zone, which provides support and assistance to the team from painting the field before games, to filming the game and making sure that every player gets a meal to keep them fueled for Friday nights.

Red Zone President Andrew Gatlin, whose son Ian plays cornerback in his senior year, said that the club purchased about $2,000 worth of tarps to ensure that the field is dry and ready for Friday’s big game.

“The goal is to make it playable and safe,” Gatlin said. “This is just for the love of the game and helping the boys — this is all for them.”

Ravenwood head football coach Matt Daniels said that the support provided to his team is invaluable and plays a role in the success of the team as well as an example of community to both players and fans.

“Anytime we’ve ever had a need — through the boosters — we have had families and parents and community members step up. In my three years as head coach I wouldn’t be able to do it would these volunteers — it’s as simple as that,” Daniels said in a phone call. “It’s something that absolutely we can’t take for granted but we know that whenever there’s a need that we’re going to get the help.”

Ravenwood will face off against Houston in the 6A semifinal game on Black Friday at 7 p.m. at Ravenwood.