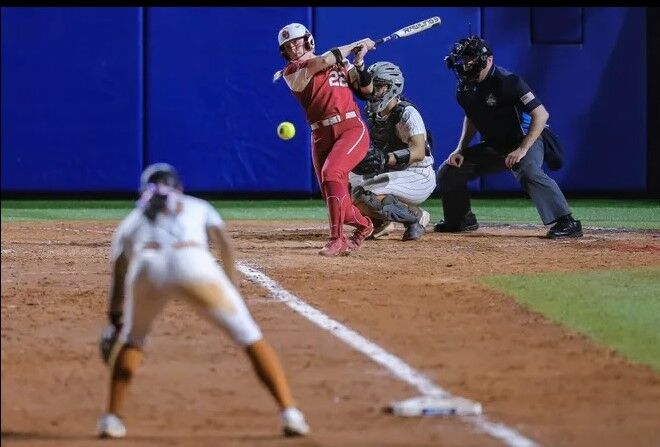 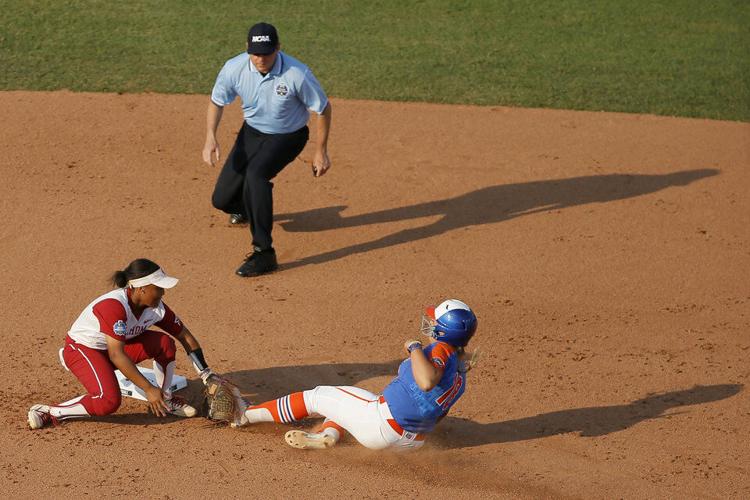 After the completion of the series, Nabors spoke with the Home Page about his career working as a softball umpire, including his experience at the World Series and with National Pro Fastpitch, a professional softball league that was headquartered in Nashville.

This interview has been condensed and edited for length and clarity.

HP: How did you first become interested in umpiring?

Nabors: I have a sports background. I grew up playing, baseball, basketball, football, all the way through whatever season it was. Both of my parents, have officiating and umpiring backgrounds. I grew up in the Cookeville area. Growing up, my dad was high school supervisor softball in that area. My mom also umpired fast pitch and slow pitch softball. So, most of my summer jobs were around the ballpark. If I wasn't playing, I was there doing something.

Nabors: This was actually number three. I've been really blessed and fortunate. It never gets old, and there's always something new. It's amazing how much that sporting event is growing. And it's amazing every time I've been there.

HP: What's it like calling a game on the highest level and with the highest stakes like that?

Nabors: I don't think I'll fully understand and appreciate it until I've actually retired and stepped away. It's a little bit surreal. Even going back and watching a replay of it through a different lens of not being right there in the middle of the action, it's an incredible thing to see 12,000 plus people at a softball event. The thing that blows me away about that event - most of the time during the regular season, the home stadium is packed with home fans and there'll be a scattering of visiting fans here or there. But at the World Series there in Oklahoma city, the majority of the fans there are just softball fans. They’re there from all over the country. It's a great for the softball community, and it's an incredible showcase for the game at the highest level on that stage.

HP: What was it like working with the National Pro Fastpitch League?

Nabors: That was the first step into a supervisory role and not actually working on the field. So it was really interesting for me to get some experience on what actually happened behind the scenes, dealing with managers and team owners. We only had four teams at that time, so it was a little taste of what our college conference supervisors go through on a much smaller scale. I have a much better appreciation of what they deal with on a daily basis now.

HP: How do you balance having a day job (Employee Benefit Services, located in Brentwood) with full weekends of umpiring?

Nabors: It's an exercise in time management, that's for sure. I'm super blessed and fortunate that they've been very flexible and helpful with me. The way technology is now, I can pretty much be fully accessible from the road. Even if I'm not physically sitting at my desk, I can still be productive. They've been very flexible with me, so I try to give back to them when I can like now when the season's over through December.

HP: When you're calling these super high level games like at the world series, is there that added pressure like there is for a player?

Nabors: There is because you're representing every supervisor and conference that you work for. You've got friends and family watching. You do the best you can to manage that kind of pressure. It's very similar to being a coach or a player. It's there, you just have to figure out how to do your job, and do it to the best of your ability because you know you have a lot of eyes watching and you want make sure you're doing the right things.

HP: What’s it been like to go from working local games to working on the sport’s biggest stage?

Nabors: I remember growing up, working little kids’ slow pitch games and there might be 10-15 people in the ballpark. I don't ever want to forget where I came from. I've worked with a lot of good people. I've had a lot of good teachers and mentors along the way. I wouldn't be here without any of those people. A lot of credit goes to them, especially starting with my mom and dad. We go around teaching in the offseason. I try to give back as much as I can by trying to be that person for somebody else because I can't do this forever. And one of our supervisors always tells us, we need to start training our replacements because at some point, the game's going to go on. So we've got to leave it in a better place than where we found it.