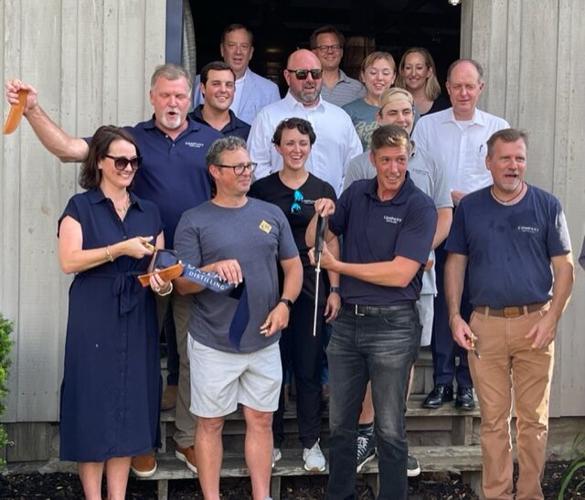 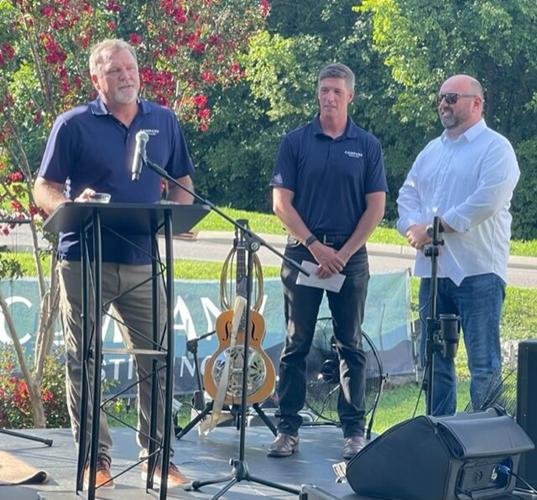 From left are Jeff Arnett, Heath Clark and Kris Tatum. 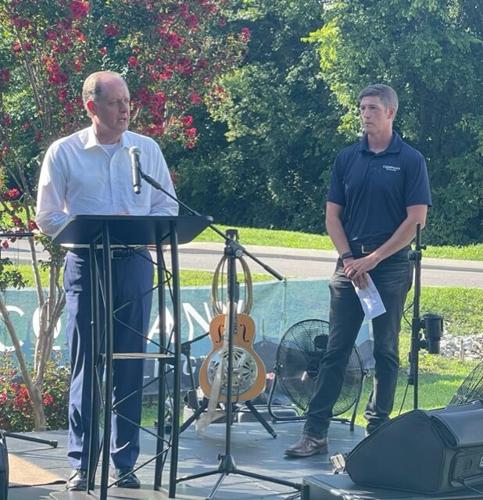 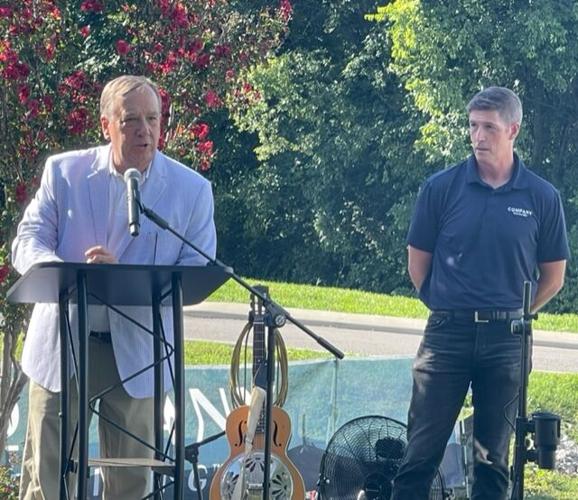 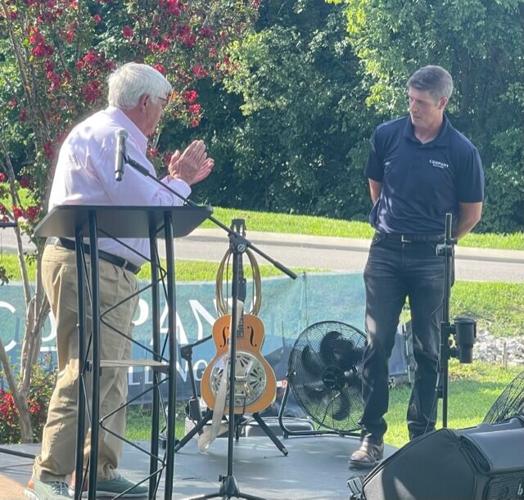 When Jeff Arnett was master distiller for the Jack Daniel Distillery, a position in which he not only oversaw the production of Tennessee whiskey but also traveled throughout the world as top ambassador for the brand, he fielded many questions.

The most common had to do with the origin of the name Old No. 7.

In a sense, that’s similar to the question Arnett now hears about the distillery he and his partners are running in Thompson’s Station, the former H. Clark Distillery that is now Company Distilling. Folks may ask about the bourbon, the gin, the production process, but what they really want to know is, why “Company” Distilling.

“It’s about the name, what does it mean?” Arnett said Thursday afternoon during a ribbon cutting that led off a weekend full of grand opening celebrations. “The original word of ‘company’ is those you break bread with. It’s people you’re intimate with, those you spend time with, that you care about.

“That is certainly important to us. We are honored to be part of that company.”

Company Distillery has been a part of Thompson’s Station since Heath Clark founded H. Clark Distillery in 2014. He got to know Arnett and fellow partner Kris Tatum when the three served on the Tennessee Distillers Guild. Tatum is former president of that organization and co-owner of Old Forge Distillery.

Arnett, who had been with Jack Daniel’s for about 20 years and was master distiller for just over a decade, came to H. Clark Distillery in 2020. Along with Clark and Tatum, the partners established a rebranding and name change in April 2021. Their first product was a bourbon whiskey released last fall.

Company Distilling also has a location in Townsend, near the Great Smoky Mountains National Park.

Thursday’s ribbon cutting, hosted by Williamson Inc., featured a number of government officials, chamber ambassadors and others from the community.

“It’s a great crowd, a beautiful day, and I think it’s a testament to the support you have in this community — for not only all that you do for economic development and tourism, but you’re a great corporate citizen and have been for a long time,” state Sen. Jack Johnson said.

“I want to congratulate you and all the other folks in this company for being able to create this rebranding process, and I look forward to many more years of success.