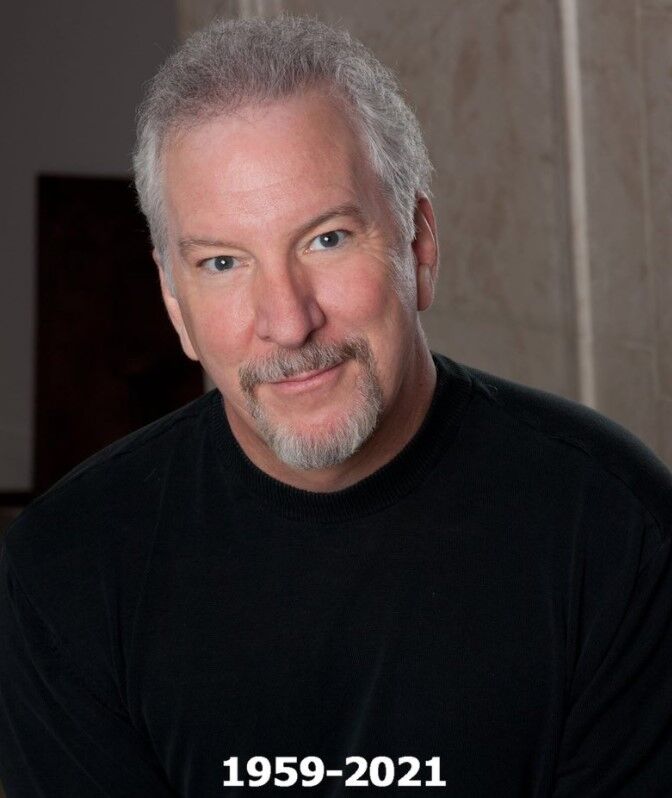 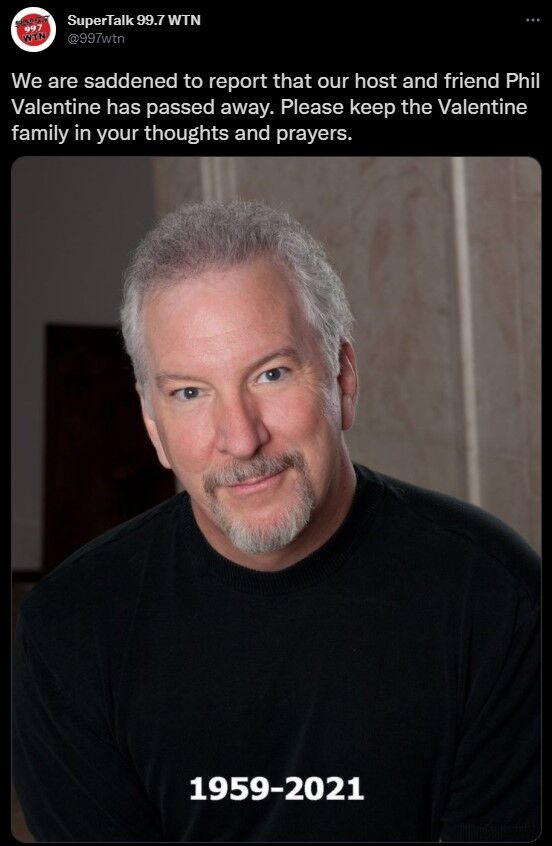 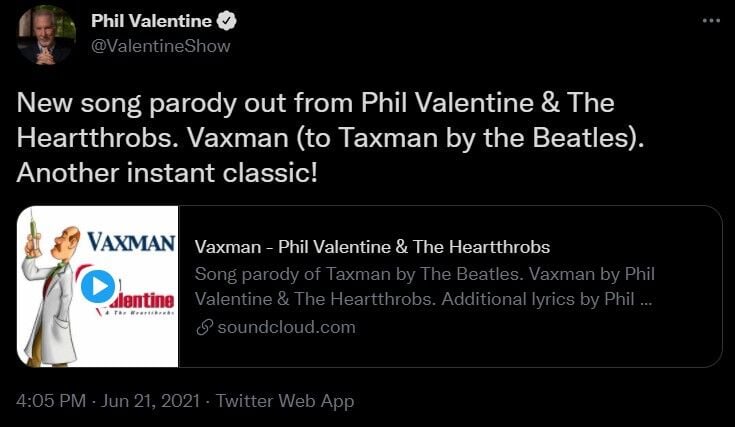 Nashville conservative talk radio host Phil Valentine has died from complications from COVID-19 just over one month after he was hospitalized with the virus.

Valentine's death follows his skeptical public statements about the threat of the virus as well as public health measures like the vaccines.

His death was announced on Saturday afternoon by SuperTalk 99.7 WTN which is the flagship station for Valentine's nationally-syndicated show.

"We are saddened to report that our host and friend Phil Valentine has passed away. Please keep the Valentine family in your thoughts and prayers," the station said in a social media post.

61-year-old Valentine, a Brentwood resident, was remembered in public statements by several fellow prominent Williamson County residents including Governor Bill Lee and Senator Marsha Blackburn, with Blackburn calling Valentine "a visionary for the conservative movement."
Valentine acknowledged his diagnosis in a July 11 Facebook post where he indicated that he expected to be back to work soon.
"Yes, the rumors are true. I have COVID," Valentine posted on July 11. "Unfortunately for the haters out there, it looks like I'm going to make it. Interesting experience. I'll have to fill you in when I come back on the air. I'm hoping that will be tomorrow, but I may take a day off just as a precaution. It'll be a game time decision."
Valentine's brother Mark Valentine has been issuing public statements on his brother's condition for the past month, including a widely-circulated statement on July 22 that reads in part, "Phil would like for his listeners to know that while he has never been an 'anti-vaxer' he regrets not being more vehemently ‘Pro-Vaccine’, and looks forward to being able to more vigorously advocate that position as soon as he is back on the air, which we all hope will be soon. Phil and his family would like for all of you to know that he loves ya’ll and appreciates your concern, thoughts and prayers more than you will ever know. Please continue to pray for his recovery and PLEASE GO GET VACCINATED!"
Mark Valentine also discussed his brother's condition on The Dan Mandis Show where he acknowledged the chance that Valentine could die.
"He knows he could die; he knows it," Mark Valentine said. "And he is determined for that not to happen."
While Valentine's family has cast him as having "never been an 'anti-vaxer," Valentine and his band, Phil Valentine and The Heartthrobs, released the song "Vaxman," a parody of "Taxman" by The Beatles just weeks before his diagnosis and apparent change of heart on the COVID-19 vaccines.
While Valentine's family has attempted to promote vaccines in the wake of his illness and now death, as The New York Times reported in July, some Tennessee listeners to Valentine's radio show were not swayed by his illness and warning.
As of Saturday night, memorial and funeral arrangements for Valentine have not been announced, and The Dan Mandis Show announced that Monday's program will be devoted to remembering Valentine.
As of Thursday afternoon, the state has reported that Williamson County has 157 new COVID-19 cases and two new deaths, with a total of 32,104 known COVID-19 cases and 231 deaths in the county since the beginning of the pandemic in 2020.
State-wide these numbers are 969,998 known cases and 13,096 deaths.
This is new surge of the virus comes as area health care leaders issue vaccination pleas to the public, and Williamson County Medical Center reports that more than 88% of their COVID-19 patients are unvaccinated.